I was able to chuck my sling this morning and have a shower. As it is imperative to keep the dressing dry, this required the ingenuity and expertise of my resident former professional carer of elderly people. Yes, my head gardener, chauffeuse, and cordon bleu cook, also has that string to her bow. Women are, of course, the experts in multi-tasking.

I scratched my head over plastic bags which had holes in them, as I tried to find suitable waterproofing material. Jackie suggested cling film. It wouldn’t stick to the crepe bandage. Refraining from even the slightest of withering looks, my carer explained that ‘It doesn’t need to. I sticks to itself’, as she unrolled a new length and fitted it. No wonder the tangled mass I had been trying to apply had repulsed my efforts to smooth it out.

As can be seen from the photograph, I had two fairly free fingers and a thumb. The other two digits are incased in what I assume to be plaster. It’s rigid enough. I wondered whether the term ‘pinkies’ for fingers had come from the colour of the germicide with which my hand and forearm have been pigmented.

There are many tasks, I have discovered over the last few days, which really do require the use of two hands. Grappling with the application of shampoo from a tube will provide one example. Normally, I would use the right hand to squeeze out the solution onto my open left palm, then rub my hands together and massage it into my hair. At least, I imagine that’s what I do. We take these things so much for granted that we don’t even think about them. My left thumb, still aching, and forefinger were not quite up to the job, and required some right-handed assistance. The creamy substance emerged very slowly, and my receiving palm was not exactly horizontal. Applying enough for the hair wash before it slid off my almost vertical mitt, and splatting it onto my head required a nifty manoeuvre.

This afternoon I wandered around the garden inspecting Jackie’s work. I’ve never really studied laurels before, but one app§ears to be flowering. I shall watch it with interest. I was getting on quite well typing with one hand, but now I am attempting to use one and a half, that symbol that appears in the middle of appears crops up all over the place. I suspect the outstretched plaster keeps hitting the key.

We have two mosquito larvae incubating tanks, one at each end of the garden. Well, they are small cisterns, but rather meant for their beautiful wat§e§r (I think I’ll leave in a few of these §s so you can s§ee the size of the problem – numerals 1 and 2 also keep intruding but I’ll spare you those or this will get silly) lilies. Since the nasty bloodsucking adults home in on Jackie she has spent much of the day cleaning out the pools and unclogging the lily roots. This has involved treating the water with insecticide. Before she had finished she received her first bite of the year. 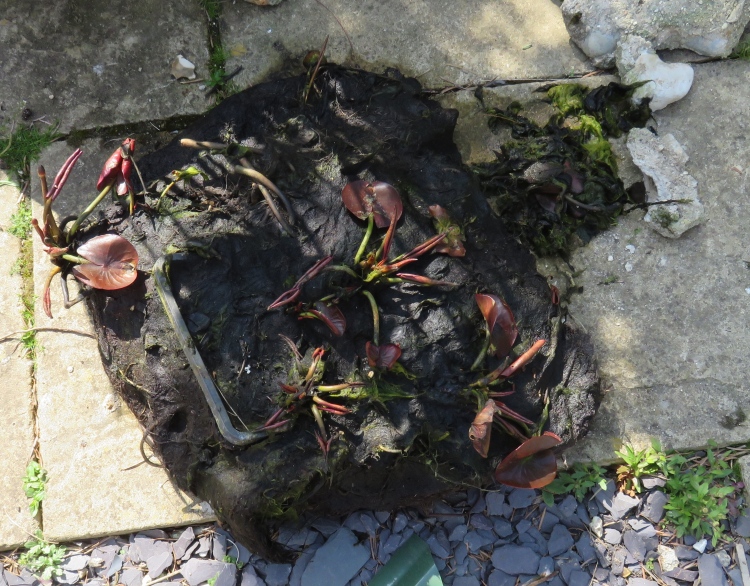 The first picture shows the first tank’s clump of lilies, the second the treated clean water, and the third the§ completed job. 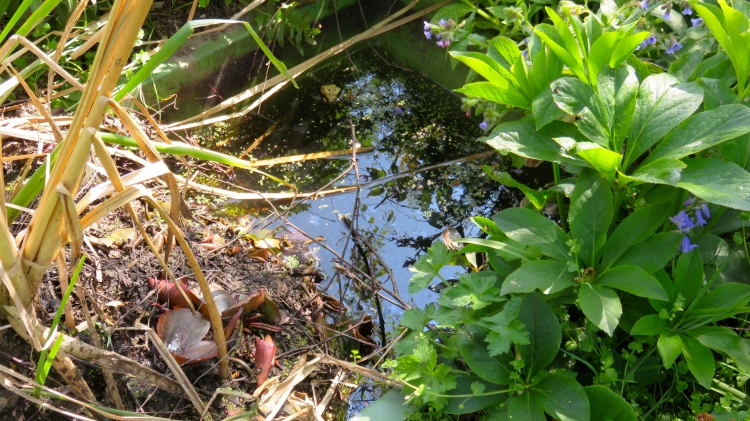 She needs a bit of help to extract the lilies she has dragged to the edge of the second container. Perhaps I will be able to oblige tomorrow.

This evening we dined on Jackie’s classic chilli con carne (recipe) and tasty savoury rice (recipe), with which she drank Hoegaarden and I relished Via Cavallo chianti 2013.

16 thoughts on “From Germicide To Insecticide”