‘Fulbeck Hall is a fine country house dating from the early 17th-century, but largely rebuilt in 1733 by Francis Fane whose family had lived there since 1632.

The house, now a Grade II* listed building, was completely refurbished following World War II, by Henry and Dorothy Fane, having been left in a desperate state of repair by the army who had requisitioned it during the conflict.

The house, with 11 acres of formal gardens, has beeen restored back to its former glory and is now a private residence. It is not open to the public.

Visitors to the nearby Church of St. Nicholas will see monuments to the Fane family, residents of Fulbeck Hall for nearly 400 years.’

A more detailed history is provided by Wikipedia. From the following extracts I have deleted those sections in need of reference citations.

‘The hall was purchased, in 1622, by Francis Fane, 1st Earl of Westmorland, 8th Baron le Despenser and de jure 8th and 6th Baron Bergavenny, of Apethorpe Hall, Northamtonshire, from Sir George Manners, who remained in residence until he became the 7th Earl of Rutland in 1632.[11] The hall then went to the Earl of Westmorland‘s son, Sir Francis Fane,[11] a courtier, Royalist and commander of the King’s forces at Doncaster and Lincoln.

Under the Commonwealth, the estate was confiscated, however, Sir Francis Fane was allowed to buy it back, and before the Restoration of Charles II in 1660, he and his wife Elizabeth Darcy, daughter of Sir Edward Darcy MP, grandson of the executed traitor Thomas Darcy, 1st Baron Darcy de Darcy, occupied much of their time in rebuilding the Hall in Restoration style. It was burned down 30 December 1731,[11] and was rebuilt 1732-1733. His son, also Sir Francis, married Hannah Rushworth daughter of John Rushworth MP and private secretary to Oliver Cromwell .

In 1767 Fulbeck Hall was left to Henry Fane of Brympton owner of Brympton d’Evercy who was a grandson of Sir Francis Fane, the second of Fulbeck and Hannah Rushworth. Henry Fane of Brymton made a fortune as a successful Bristol privateer and he left his Wormesley estates in Oxfordshire to his younger son Henry and his estates in Somerset, Dorset, and Lincolnshire were left to his eldest son Thomas Fane, 8th Earl of Westmorland Thomas, 8th earl inherited the estates of his father and his cousin the 7th Earl making him one of the richest landowners in England. He left Fulbeck Hall to his younger son the Hon Henry Fane MP in 1783. (This man) followed a long list of Fanes as Members of Parliament for Lyme Regis the famil[y’]s pocket borough inherited from an uncle, John Scrope MP, Secretary to the Treasury and grandson of the executed regicide Colonel Adrian Scrope. The constituency at times provided the Fanes with two members of parliament at the same time and between 1753 and 1832 twelve separate members of the family represented Lyme Regis in the Tory interest. Throughout this period the Fane family also represented Constituencies in Somerset, Lincolnshire, Kent, Hampshire, Northamptonshire and Oxfordshire. In 1777 Henry Fane married Anne Buckley Batson, heiress of the Avon Tyrrell estate in Hampshire, by whom he had 14 children.

During the 19th century the house was home to General Sir Henry Fane MP for Lyme Regis who was Commander-in-Chief, India as well as his brother General Mildmay Fane. Sir Henry bequeathed a life interest in the estate to his eldest son Col. Henry Fane(d.1836).[12] His nephew General Walter Fane who raised Fane’s Horse a regiment of volunteers to fight in China during the Second Opium War succeeded him at Fulbeck Hall. This regiment still exists as part of Pakistan’s armed forces. General Walter Fane is not to be confused with his brother Colonel Francis Fane of Fulbeck Manor, who raised the Peshawar Light Horse in 1857 as an irregular cavalry unit to fight against the mutineers during the Indian Mutiny. This regiment was disbanded in 1903.

During the Second World War 1939-1945 the house was requisitioned by the British Armed Forces and it was the location of the 1st Airborne Division before they left the United Kingdom for the Battle of Arnhem.

Many of the contents of Fulbeck Hall were sold by Sotheby’s in October 2002.’

Soon after the porcelain restoration event, in February 1993, I returned to make photographs to feature in a brochure for Mary Fry, the then owner. Today I scanned a selection of the prints.

leading to the entrance hall, 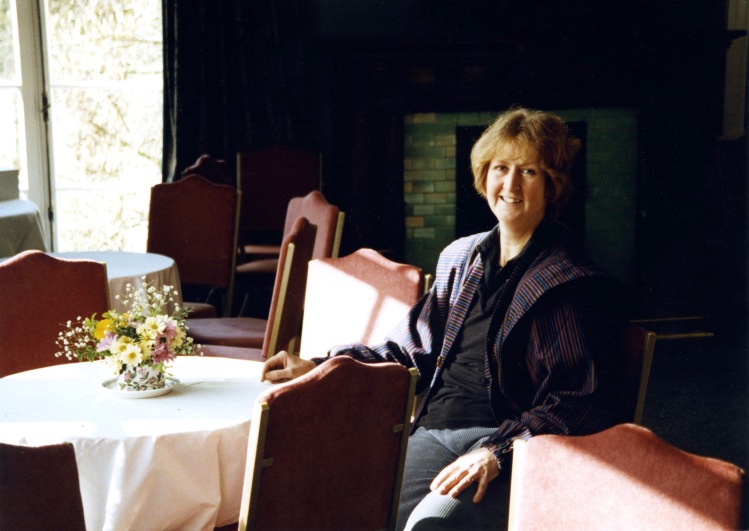 off which is found the reception room. 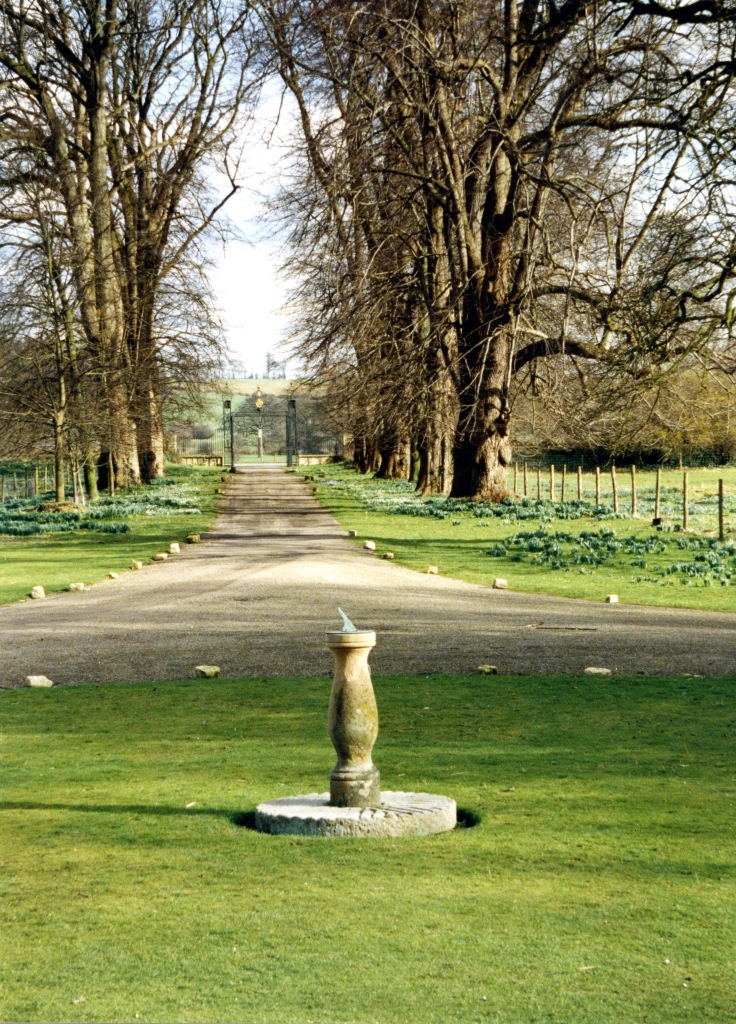 A sundial can be seen standing before the main door in the initial picture. The avenue drive  leads the eye from this to the gates. 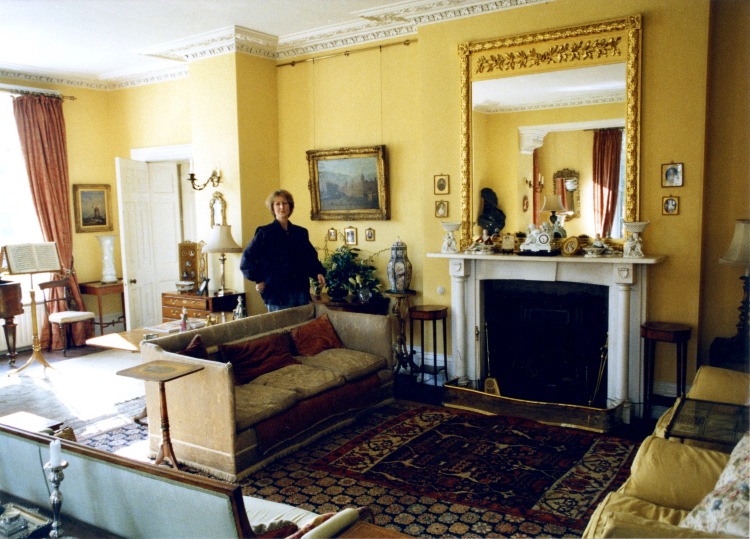 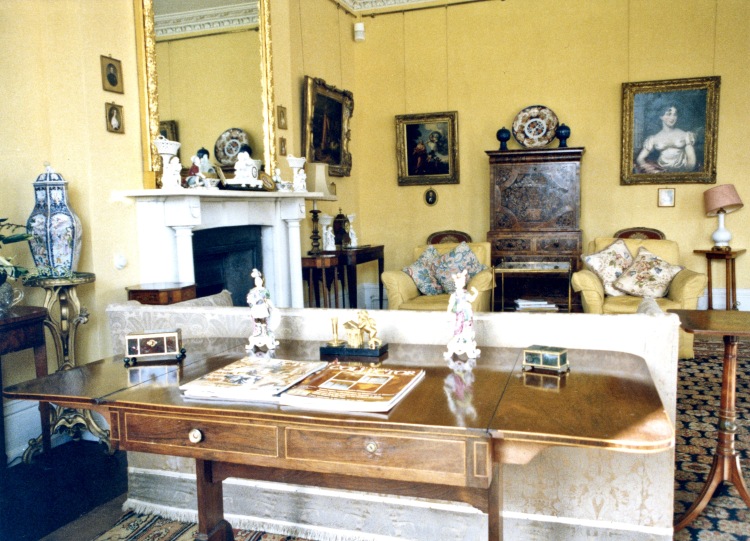 and a grand piano. 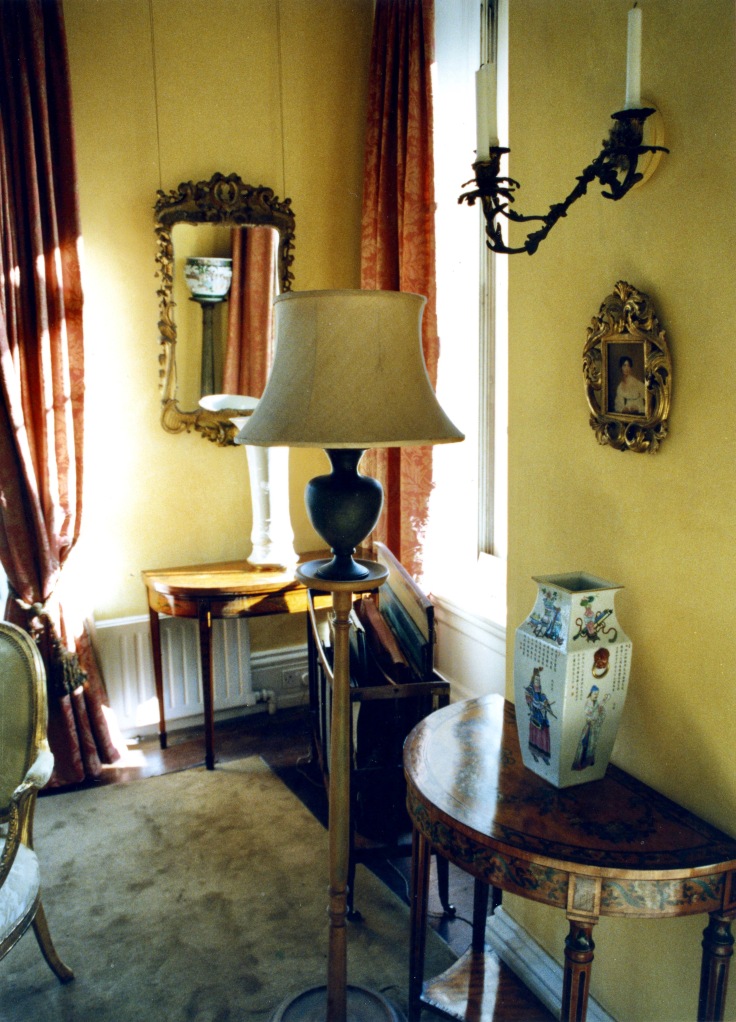 Here is one corner of the room.

My accompanying text is written in the present tense, as in 1993, but I have no idea whether this vase, seen beneath the mirror above;

this painting; or any of the other contents in my pictures, survived the sale of 2002.

This evening we dined on Jackie’s succulent sausage casserole, perfect roast potatoes, and crisp cauliflower. I drank more of the malbec.

65 thoughts on “An English Country House”