This morning Aaron, of AP Maintenance, tackled the storm damage. He replaced the back drive barrier plants; repaired Jackie’s screen covering the five barred fence; gathered up fallen branches; and tidied up the cypress, 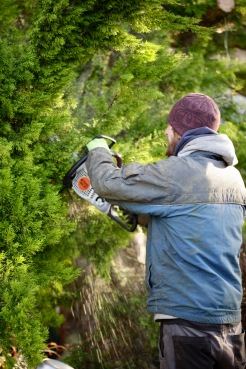 Sending wood-chips flying from his chain saw, our friend began by cutting up the branches stretching down to the ground.

Aaron had not brought his ladder with him. He opted to climb the tree rather than go home for it. 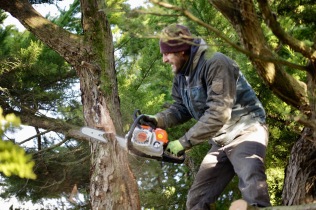 Anyone of a nervous disposition may prefer to look away from his exploits up aloft, as he showered me with wood shavings.

This afternoon, Jackie drove us to Lepe beach and back.

The skies there already promised a good sunset.

I was apparently not the only photographer who thought so. 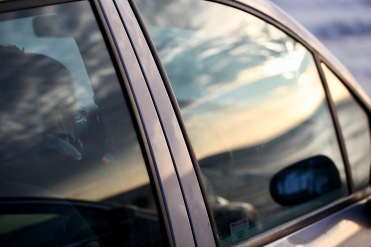 So crowded was this popular beach that we almost gave up finding a spot in the packed car park, until, as we bounced over the numerous potholes to leave, another vehicle rocked its way out in front of us. Jackie was then able to stay in the warmth of the vehicle whilst I stepped out with my camera.

Many wrapped up families walked and played along the sandy shingle. At water level in the last of this group of pictures is The Watch House, with the Coastguard Cottages on the hill above.

A little girl, not much bigger than her younger charge, staggered over to their mother carrying the distressed infant who had fallen. Maternal solace was then administered.

Another mother instructed her daughter in the art of chucking stones in the water.

A small boy enjoyed throwing up spadefuls of sand, before trotting off to the shoreline and inspecting

the whipped cream sweeping in from the sea. 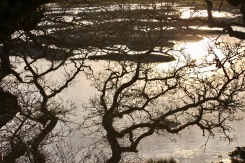 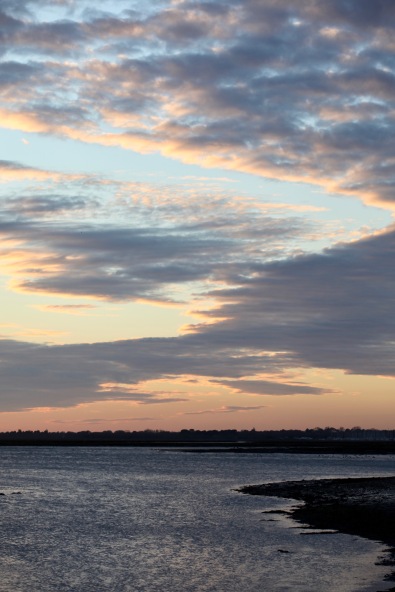 We reached Tanners Lane in time for sunset.

As we departed for home, we were delighted to meet Barry and Karen who had just arrived to walk their dogs on the shingle. It was now so cold that we didn’t chat for long.

This evening we dined at Milford on Sea’s Smugglers Inn. We both enjoyed our meals. Mine was rump of lamb with minty mashed potatoes, carrots, cauliflower, and red and green cabbage; Jackie’s was spaghetti carbonara.  I drank Doom Bar and my wife drank Amstel.

56 thoughts on “We Didn’t Chat For Long”