Paul Auster’s ‘The New York Trilogy is a series of novelettes, originally published in sequence as City of Glass (1985), Ghosts (1986) and The Locked Room (1986); and combined into a single volume the following year. The author, born February 3, 1947, ‘is’, according to Wikipedia, ‘an American writer and director whose writing blends absurdism, existentialism, crime fiction, and the search for identity and personal meaning.’

Last night I finished reading the first story which I soon realised was describing a descent into madness. Whose, I wasn’t sure; because of the several identities, realities, and time-frames.

There is also an intertextual relationship with Cervantes’ Don Quixote. It is so long since I struggled to make sense of this great Spanish classic that the significance of the link escaped me.

Chapter 2 almost had me abandoning Auster’s tale. However, I saw it to the end and came to appreciate what the author was presenting. I thought it worth persevering with, and was left happy to tackle the next one. My copy is The Folio Society’s 2008 edition which benefits from the powerfully atmospheric illustrations of Tom Burns, which won the V & A  2009 Overall book illustration Winner for this work. The museum’s website states that ‘the judges commented that these illustrations make great use of colour, capturing the city in a very fresh and original way. They felt the images integrate perfectly with the text and manage to evoke a variety of sensations such as loneliness, complicated relationships and a sense of speed.’ I’d say he was a worthy winner.

This morning, I scanned another batch of colour negatives from my long walk of July 2003. Regular readers will know that this was executed as an exercise in support of Sam’s epic row of the following year; those who followed the link to ‘Nettle Rash’ will also know that this was not without its obstacles.

There were a certain number of occasions when I lost sight of the rower, either because of these or because there were not enough locks holding him up and giving me a chance to keep pace. 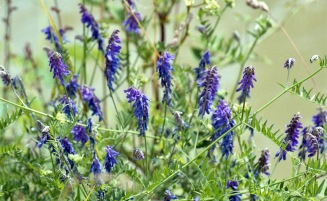 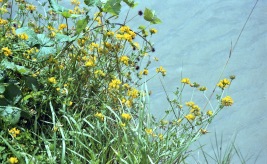 Some of the more pleasant stumbling blocks were created by the flora covering the absent footpaths. Although I can recognise a thistle and a wasp, I lack the knowledge to identify the wild flowers or the white butterfly. 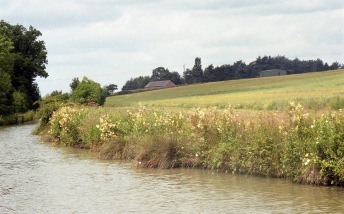 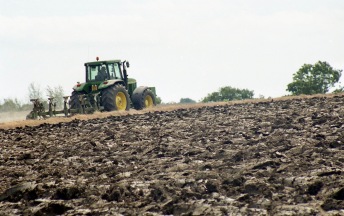 There was ample opportunity to focus on the landscape alongside what I think is the Warwickshire stretch of the Oxford canal. Sometimes there was a benefit in being unable to keep up.

This evening we dined on Jackie’s splendid pork paprika, roasted sweet potatoes, green beans, and red cabbage. I drank more of the Shiraz and the Culinary Queen drank Hoegaarden.

46 thoughts on “Sometimes I Couldn’t Keep Up”