CLICK ON ANY IMAGE IN A GROUP TO ACCESS ITS GALLERY, ANY MEMBER OF WHICH CAN BE VIEWED FULL SIZE BY SCROLLING DOWN PAGE AND CHECKING BOX AT BOTTOM RIGHT. JUST CLICK ON THE FINAL INDIVIDUAL PICTURES FOR ENLARGEMENT. 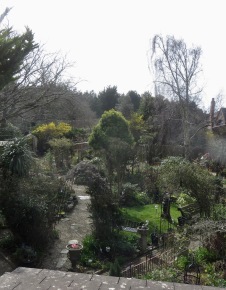 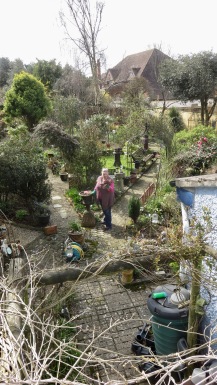 Jackie made serious inroads into the winter clearance of dead growth yesterday, the first time she has been able to get at it for some weeks. She continued today, and after I had taken bird’s eye views containing dancing sunbeams, I managed a little clearing up. In one of these pictures, the Head Gardener stands on the Brick Path inspecting the West Bed; in another she bewails a weevil infested potted heuchera which she will painstakingly clear of the little; beasties; in another I have managed an unwitting selfie.

My house in France has been on the market ever since I was forced personally to evict squatters in August 2014. The story of the process unfolds in my posts ‘Long Day’s Journey Into Night‘, ‘On The Road‘, and ‘The Departure‘.

A little over six months ago a buyer was found. I have not mentioned this before because I couldn’t be sure a sale would really happen, and I didn’t want to bore either myself or my readers with all the negotiations. I won’t go into the delays and repeated errors that held up the process. I wasn’t even confident that the completion date of 31st March would be met. This turns out to have been sensible, because it didn’t happen.

The elements intervened. France has experienced even more rain than we have. Such weather makes the house a little vulnerable to an underground stream. For that reason an electric pump is installed in the cellar. 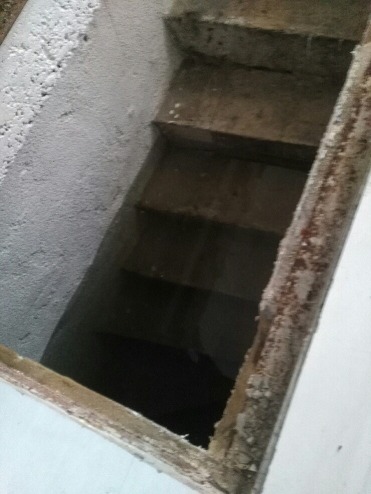 On 12th March the estate agent and buyer discovered that the cellar was flooded up to the fourth step, and that there was no electricity in the house.

The agent’s husband undertook to pump out the water. He used his own generator. The electricity company couldn’t investigate until after Easter. They established that there was a fault on the line outside the property.

There had been more rain. The fuses kept tripping. The power points in the cellar needed drying out. This was done with a hair dryer. Yesterday evening I received the information that all was well and that completion would take place at 7 p.m. today.

I received a call afterwards to say that  the completion had been carried out.

87 thoughts on “The Elements Intervened”