Once again this morning we welcomed the company of an Openreach engineer. This is because we continue to have access problems with BT Infinity. In fairness to the service provider, they did follow up the previous visit with a phone call, and arranged this one.

He was mystified as to what was wrong, but replaced the socket provided by his predecessor, and disconnected extension lines we don’t use that reached most rooms in the house.

We were on line when he left, so I was able to send Paul some of the photographs I had taken at The First gallery. These will illustrate a newspaper article. 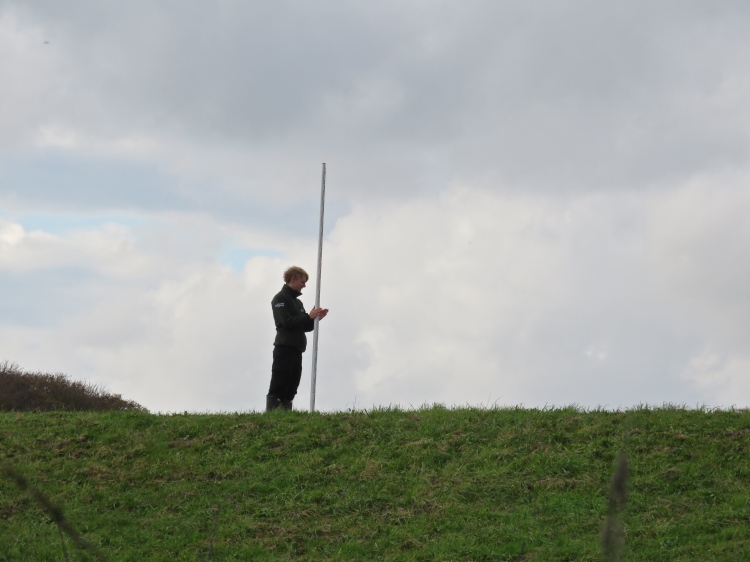 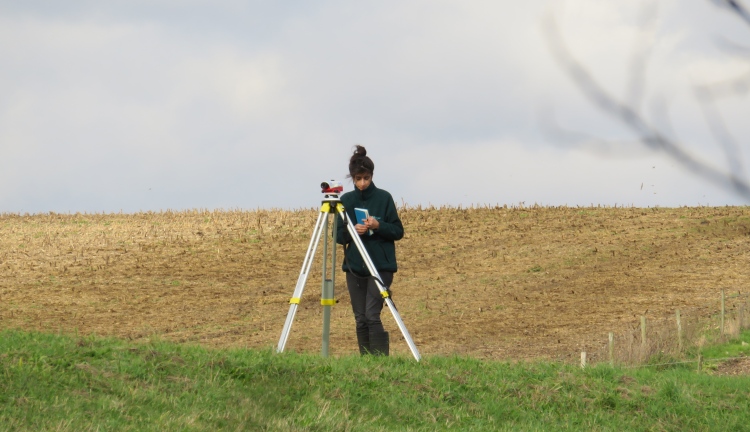 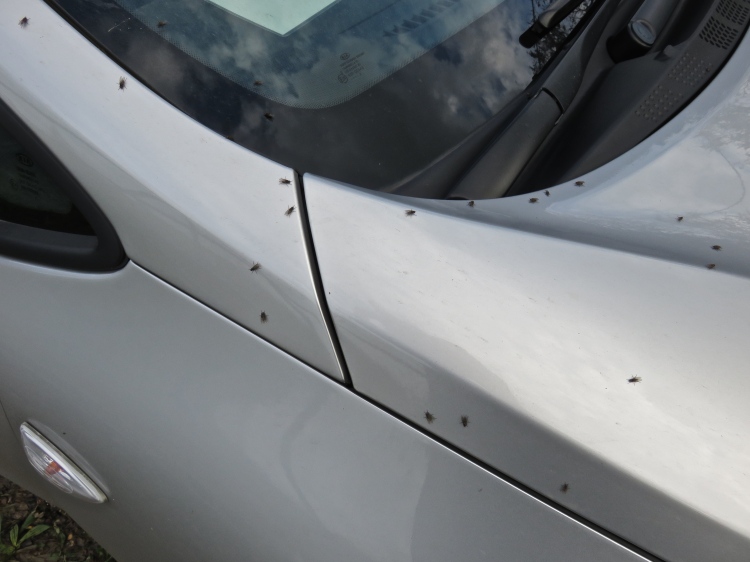 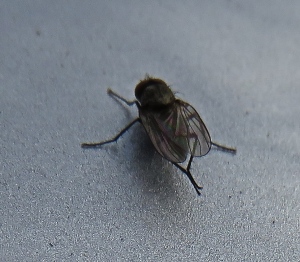 Downton Lane when I took my Hordle Cliff walk. A card in a car parked alongside that I took to be theirs indicated that this task was something to do with water. Flies clustered on the vehicle provided evidence of the mildness of the day. 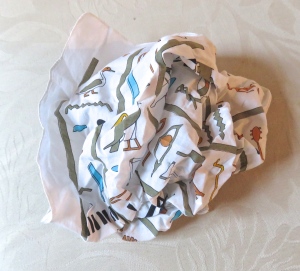 I still use cotton handkerchiefs. As I dropped one, with a thud, into the laundry basket this morning, I thought of certain saucepans, which Jackie and I had discussed recently. In order to clean them, in the 1940s, before she had any sort of washing machine, Mum had boiled up hankies in a large saucepan. In our early days Jackie, and her mother before her, had done the same thing, as had I during brief periods of living alone. Washing machines at that time were not as versatile as those of today. They probably only had one programme, with the result that, as Jackie observed, if you put the handkerchiefs in with other white items you were likely to find gobbets of snot that hadn’t been there before clinging to your clean white shirts.

A liberal sprinkling of washing powder was added to the pan of water, into which you stuffed the unsavoury items, and brought them to the boil. Keeping them bubbling and simmering until nicely cooked, it was best to give them an occasional stir with a wooden spoon, in order to dislodge the more stubborn mucus. This released a cloud of steam emitting the aroma of the detergent, which I can still smell as I write. It was best, if you could afford it, to reserve that particular pan for this process, and not be tempted to use it for porridge, otherwise coagulated residue mixed with milky oats might be imperceptible and prove rather unpleasant. Especially as you probably wouldn’t realise it.

For the fireworks party of 1st November Jackie made a delicious chilli con carne (recipe). Fortunately for us there was plenty left over with which to stock up the freezer. We dined on some of this, with superb savoury rice, this evening. Sticky toffee pudding and custard was to follow. Jackie drank Stella, and I finished the Marques de Carano.