Today continued wet and warm, but not so windy, so Jackie was able to reorganise her plants fronting the garage.

This prompted me to produce a variation on the before and after theme. We were never going to use the garage for its original purpose. Soon after our arrival overnight on 31st March/1st April 2014 we began to clear and clean the area, full of rickety metal shelving, containing, among other things, pots of paint, oils, and other unpleasant materials leaking all over the floor on which some of it had coagulated.

I dumped all the shelving in the garden, as one wall at a time was made ready for our IKEA bookshelves.

The first were in place by 7th April. 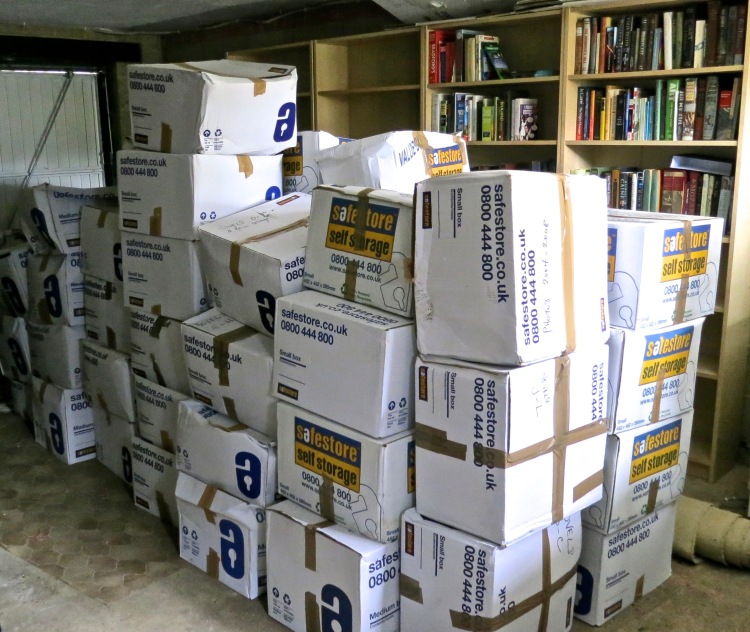 Michael had given us a carpet that we thought would fit the room, but on 17th April it still lay alongside boxes of books that I found far too daunting to lift. 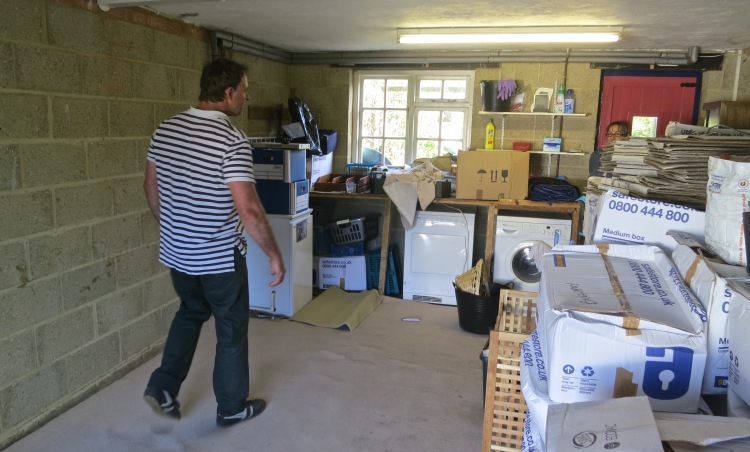 When Matthew visited on 26th, shifted all the cartons, and laid the carpet, it was a huge relief.

Most of the shelves were in situ four days later. Jackie did most of the assembling. We positioned a sheath of disused IKEA wardrobe sections between the back three and the garage doors.

I just had to sort out the books. 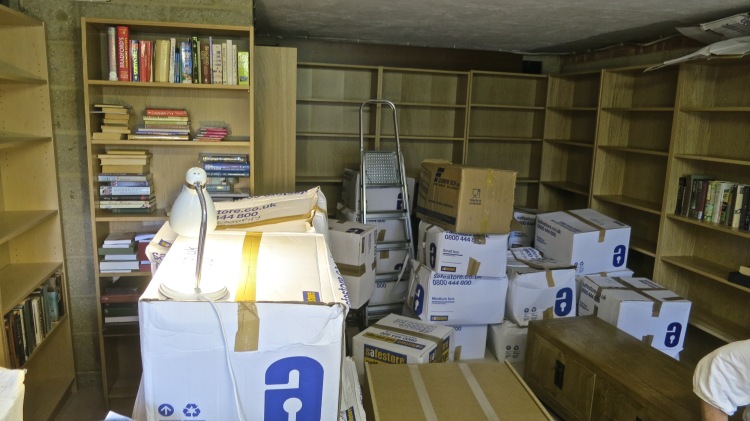 This was the progress by 1st May,

Jackie’s sister Shelly, had fostered the potted garden Jackie had created around our Minstead flat. We reclaimed this on 7th June, and positioned the plants in front of the garage. 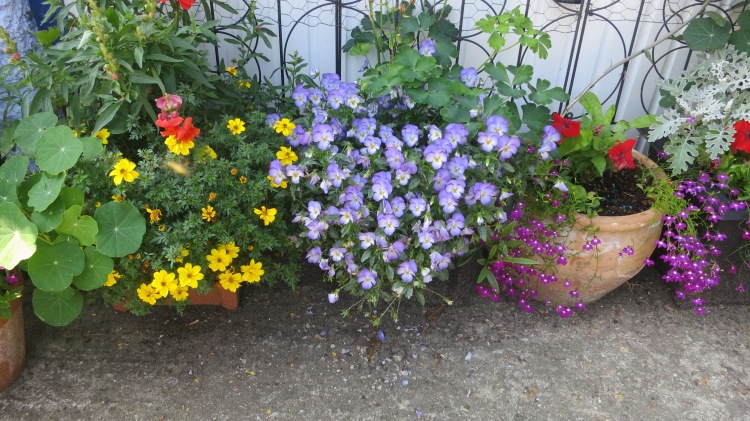 By 11th July that same year, it was established in its new home.

As it is now the time to tidy up for the winter, Jackie bought some wooden trellis to replace the lower, wrought iron structure. She fixed this up today; 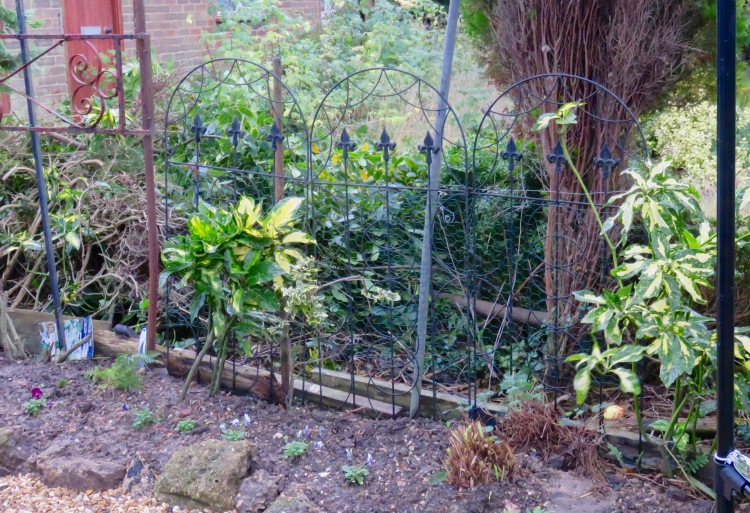 and recycled the iron to extend the piece by the side of the house at the front.

51 thoughts on “The Garage Frontage”