SINGLE IMAGES CAN BE ENLARGED WITH A CLICK OR TWO. CLICKING ON ANY OF THOSE IN A GROUP ACCESSES ITS GALLERY, INDIVIDUAL MEMBERS OF WHICH CAN BE VIEWED FULL SIZE BY SCROLLING DOWN AND CHECKING BOX AT BOTTOM RIGHT

Often other people’s posts, or their comments on mine, jog my memory for events that should be included in ‘A Knight’s Tale’. One such was a post of The Lonely Author, read today. This is my comment on Drew’s poem: ‘A superb poem which reminds me of my Dad. Dad was not a letter writer. Once, after I had been on a week’s holiday in my teens, he presented me with an unfinished, pencilled, missive that he had not posted. It was a beautiful tribute to me as his son. I carried it in my wallet for years – until the wallet was stolen. He has been dead 31 years. I still treasure the lost letter.’ Suitably amended, it has been added to my draft.

Conversations also provide suitable triggers. One with Elizabeth, concerning alarm bells, this morning prompted a retelling of the tale of ‘A Little White Lie’. This is one of the many Soho stories from the 1970s. It has to be included in my life story.

Although Jackie has begun to transfer many of the less hardy plants to the greenhouse, 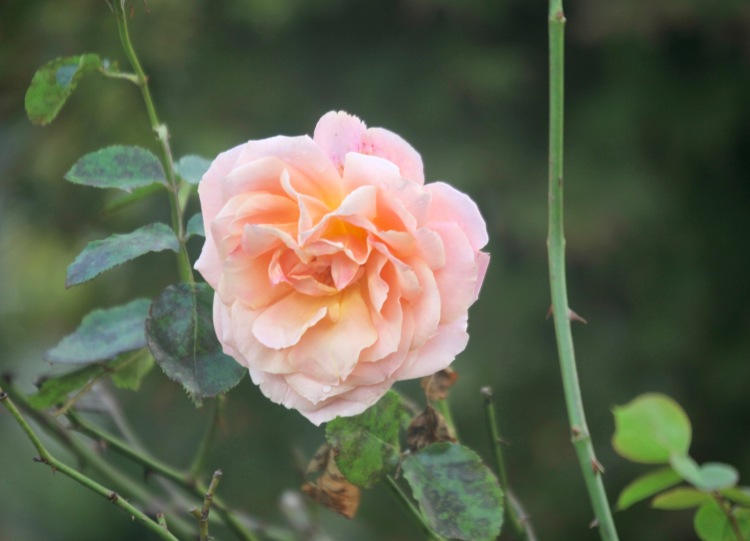 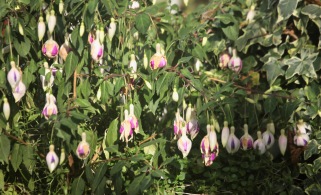 and fuchsias have been given a false sense of security by, despite the lack of sunshine, the shirtsleeves weather we are currently experiencing. 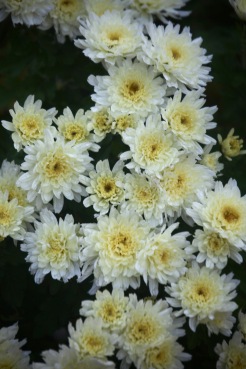 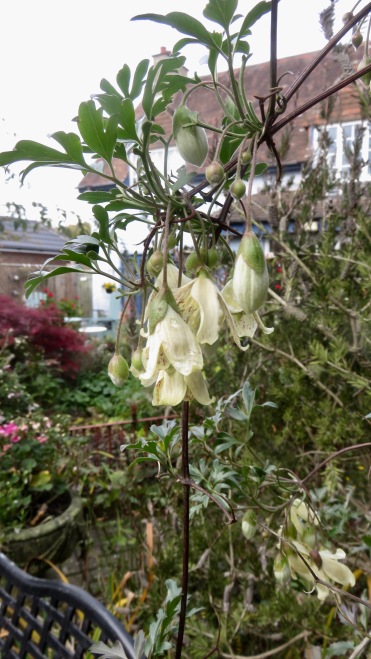 as does the winter clematis, whose cousin, on the other side of the gazebo has been fooled into another flush.

This afternoon Jackie drove me to Milford on Sea to investigate the situation at Sears Barbers during the recovery of Peter from a recent knee replacement operation. Opening days and hours are to be flexible – may my barber’s knee be equally so soon. We then drove into the forest where

the finger of King Midas stretched across the skies to begin the process of turning the leaves of our deciduous oaks to gold.

This evening we dined on Jackie’s superb pasta arrabbiata with tender green beans. The Culinary Queen drank more of the Sauvignon Blanc while Elizabeth and I drank Marco Tempranillo 2016

64 thoughts on “A False Sense Of Security”