A new discovery was made on my familiar Hordle Cliff walk this morning.

An abandoned bird’s nest perched high up in the hedgerow on Downton Lane where, 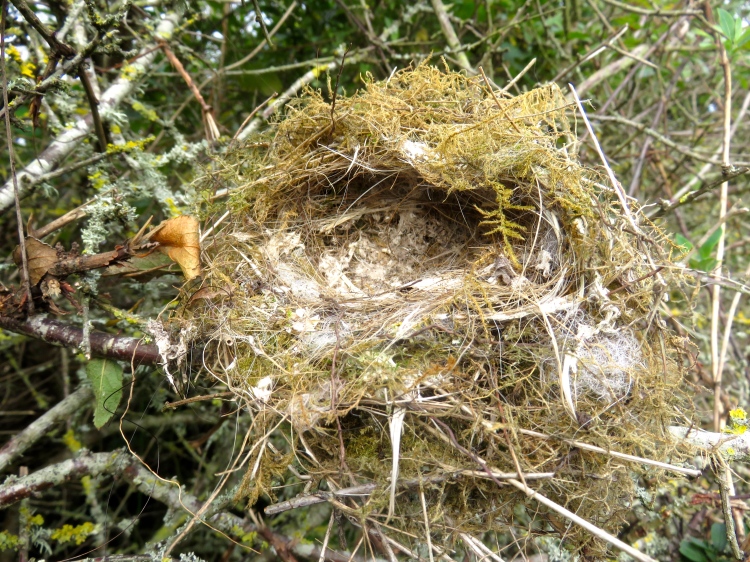 seduced my the mild autumn, blackberry blossom still blooms, and lichen blends with the gorse. 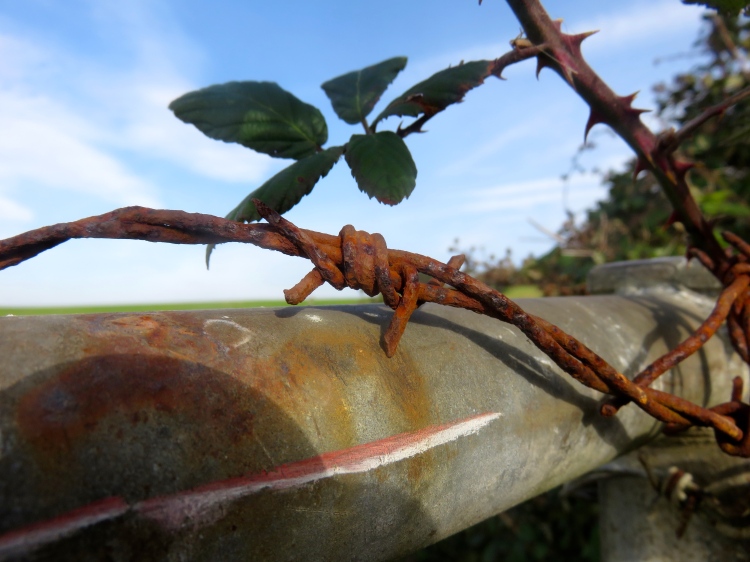 Roger was out with his tractor bearing new attachments, the purpose of which I do not know. Barbed wire and bramble combined to deter intruders from scaling his five barred gate. A day or two ago, Jackie and I, in the car, had noticed a disused cemetery beside Hordle Manor Farm. On foot, I had not seen it. Today I investigated the Hordle Closed Cemetery.

This is its story: 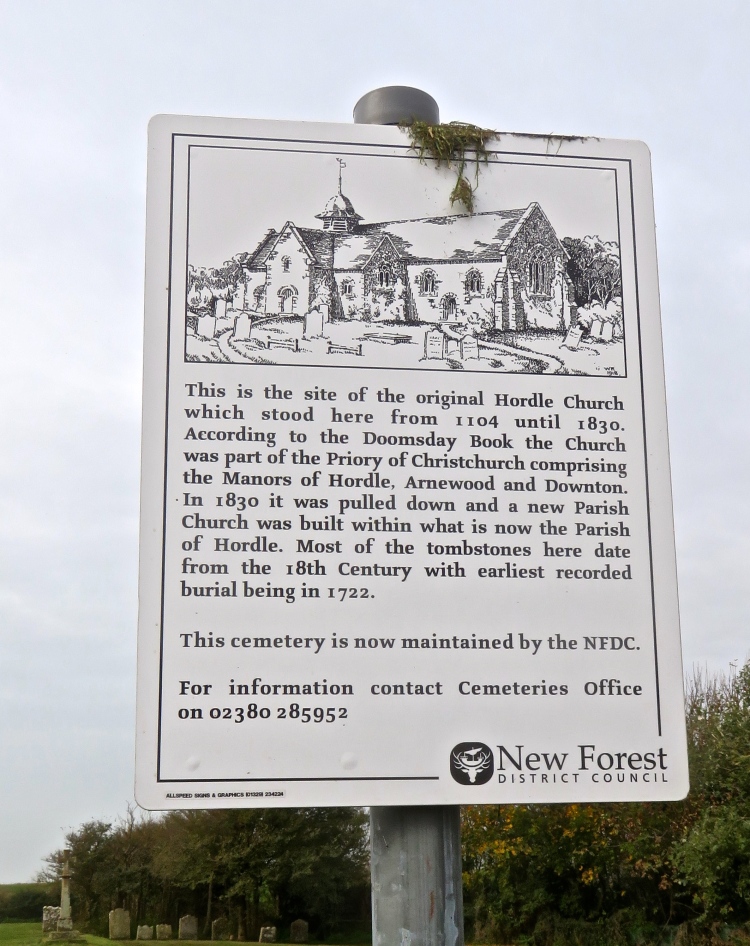 None of the inscriptions on the aged gravestones is still legible.

On the cliff top by the rather precarious footpath leading to Barton on Sea, a sign warning of crumbling terrain, and informing ramblers that there is no access to the beach for two miles, is completely obscured by brambles.

In our garden we are still enjoying the abundant flora, like this Compassion rose, that was similarly obscured when we took up residence in April.

Whilst I had been wandering, Jackie had produced something to wonder at. Following the 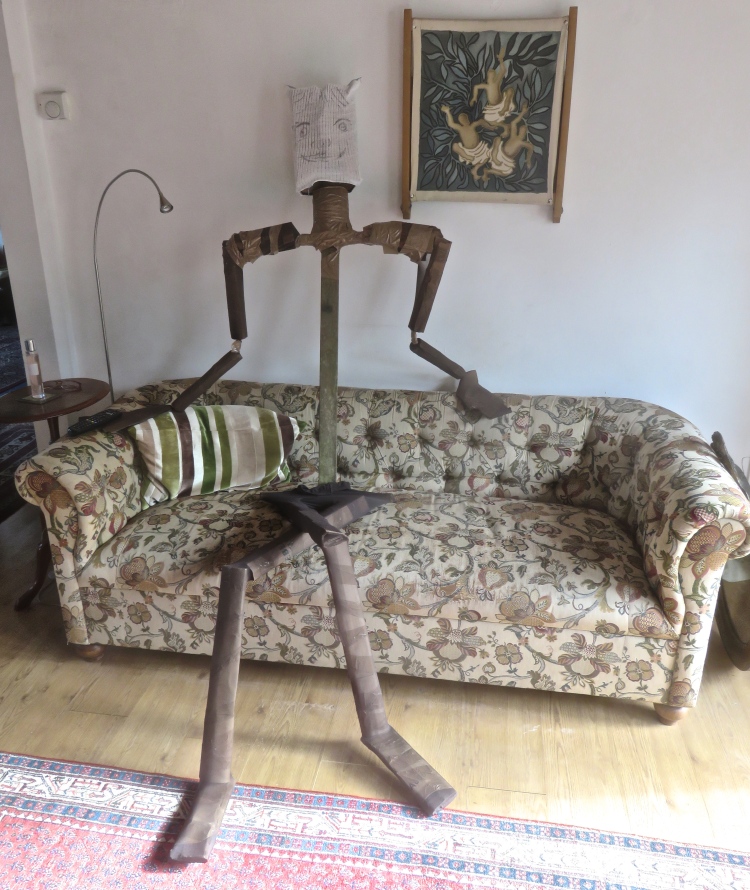 design of her late father Don Rivett, she had created the skeleton of a guy for Jessica and Imogen to complete on 1st November. On the wall behind this figure hangs a painting on canvas affixed to an adjustable frame that Becky had made for me in the 1990s as a rest for reading in bed.

For those readers who do not know about Guy Fawkes, it is this gentleman who is represented by the effigies such as this one, burnt, usually on 5th November. On this date is remembered the Gunpowder Plot of 1605. Guido Fawkes led this failed attempt to blow up King James I by setting a charge under the Houses of Parliament. He was betrayed and the plot foiled. Fawkes was a Catholic, but most of those who celebrate his failure today are probably unaware that they are participating in an anti-Papist ritual, or that some of the fireworks that accompany the bonfire that becomes the miscreant’s funeral pyre are also religious symbols.

The Catherine Wheel, for example, represents the martyrdom of that eponymous saint who was intended to be broken on a wheel. This particularly unpleasant death involved the victim being threaded through the spokes of a wheel so that all their limbs were broken and a lingering demise followed. When the fourth century Catherine of Alexandria was subjected to this treatment, each spoke she touched broke. Her tormentors then gave up and beheaded her.  Perhaps it is just fun to celebrate the anniversary in blissful ignorance.

This afternoon our new BT TV box was delivered, and I did manage to set it up, with Jackie’s help when it came to entering our postcode by using the number keys on the remote control. How was I to know how to enter S from a button containing 7pqrs? BT TV, incidentally now seems to be called YOUVIEW. Early this evening we tested it by watching episode four of New Tricks which we enjoyed. The new system appears much easier to manage and the box is far smaller.

Our dinner this evening consisted of a rack of pork ribs marinaded in chili sauce with Jackie’s savoury rice jam-packed with vegetables. A strawberry trifle was to follow. Jackie drank Hoegaarden and I drank astillo San Lorenzo rioja reserva 2009.