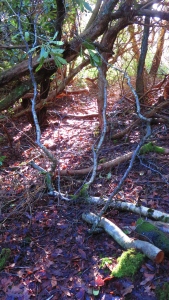 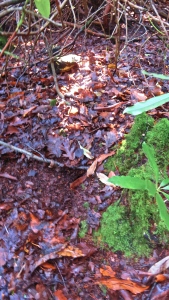 On a clear, bright, finger-tingling morning, I reprised the woodland walk I had taken two days ago. 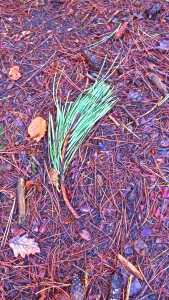 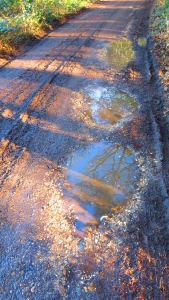 Becky had walked this route yesterday with Scooby who had been very excited to find himself in the midst of a pheasant shoot. As they entered the woods a flurry of feathers in ungainly flight soared above the trees and gunshots punctuated the stillness. This caused our daughter a certain amount of consternation until she met a gentleman who advised her not to worry because he would just radio on ahead and ‘tell them to stop’ until she had reached the top field. This would appear to explain why trees my so many footpaths off the main one bore signs proclaiming ‘Private. Keep Out’. I had no such drama this quiet, still, morning, although I did have to step aside for a couple of 4X4s, one containing children, and another a keen looking dog that looked as if it might have been used for retrieving game.

Helen and Bill visited us this afternoon and much reminiscing was indulged in. Helen’s tale of once winning a brace of pheasants was rather pertinent. She had been somewhat alarmed when her prize arrived, feathers and all. Like the rest of us, she had no idea what to do with them. Help from an expert in their preparation for the table had to be sought. This in turn reminded me of pheasants I have tasted before, particularly at the farmhouse home of Jessica’s brother Nigel and sister-in-law Judy. There we had been warned to watch out for pellets. If you weren’t careful, you found them with your teeth.

So colourful had been a brace of these birds hanging outside a general store in Beaulieu during a visit in November last year that I had heard a woman asking her male companion ‘are they real? 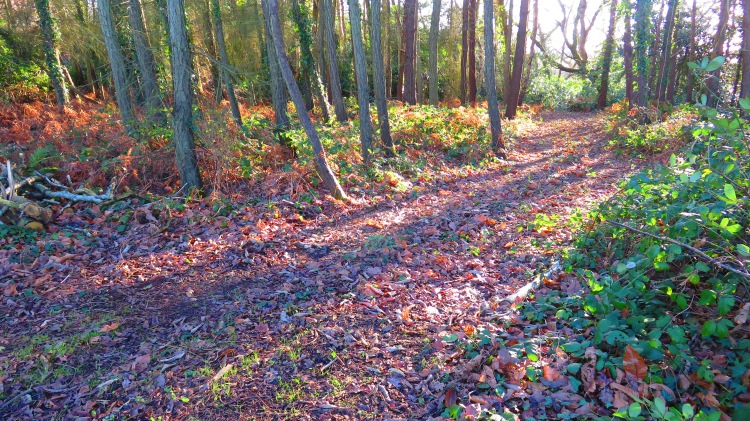 Before the Poulner in-laws’ visit, I had accompanied Ian and Scooby on the reverse Hordle  Cliff top walk. Scooby had had a wonderful time on the shingle where, belying his twelve years, he had romped with a three year old of a similar breed. He later tried to mount a much larger dog, but we’ll draw a veil over that.

This evening it fell upon the Hordle Chinese Takeaway to provide our dinner. The colour and consistency of the plum sauce had me remembering cod liver oil and malt. This was a vitamin and health-giving preparation administered to sickly children when I first went to school in the 1940s. Those pupils who had the good fortune to be ill or undernourished were, on a daily basis, given a full, gooey, spoonful of this, I thought, wonderful stuff. We knew it was wonderful because sometimes those of us who were not ailing cajoled other boys into giving us a taste. We really thought it would have been worth catching something nasty for. I seem to remember Chris did manage to qualify for a short period, but I never did.