As I ambled along to the post box alongside Ivy Cottages, I realised that I had, in an earlier post, misinformed my readers about the visibility of Ashley Clinton Manor tower from Christchurch Road. 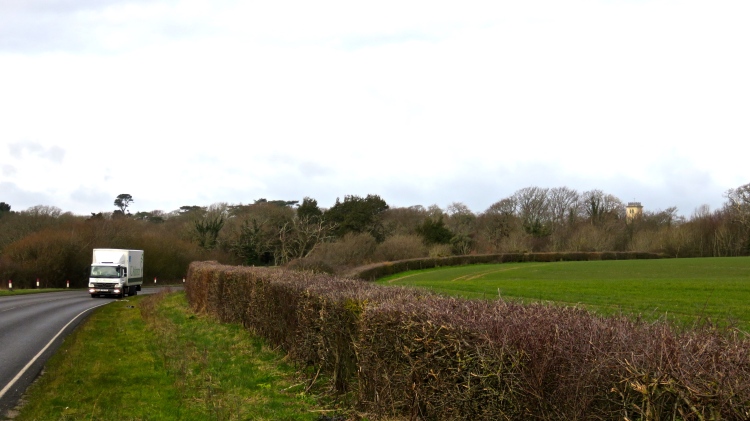 Such is the serpentine nature of the A337, that, although Angel Lane is on the left, looking across the fields to the right the tower is clearly visible from this point, although a little further along foliage, when clothing the now naked trees will obscure it.

All my life I have struggled to find an armchair high enough off the floor for comfort, but only comparatively recently have needed to use my hands to prise myself out of it.

My favourite Edwardian chair, when not occupied by the Emsworth family, has always suited me well.

Because of the nature of the majority of the shops in Highcliffe High Street, when I first visited this town I quipped that I was not ready for it. Now, realising that perhaps I am, we continued our chair search, and found just the job in Fergusson’s House Clearance. The chosen item is the second that can be seen in the shadows of the shop doorway. 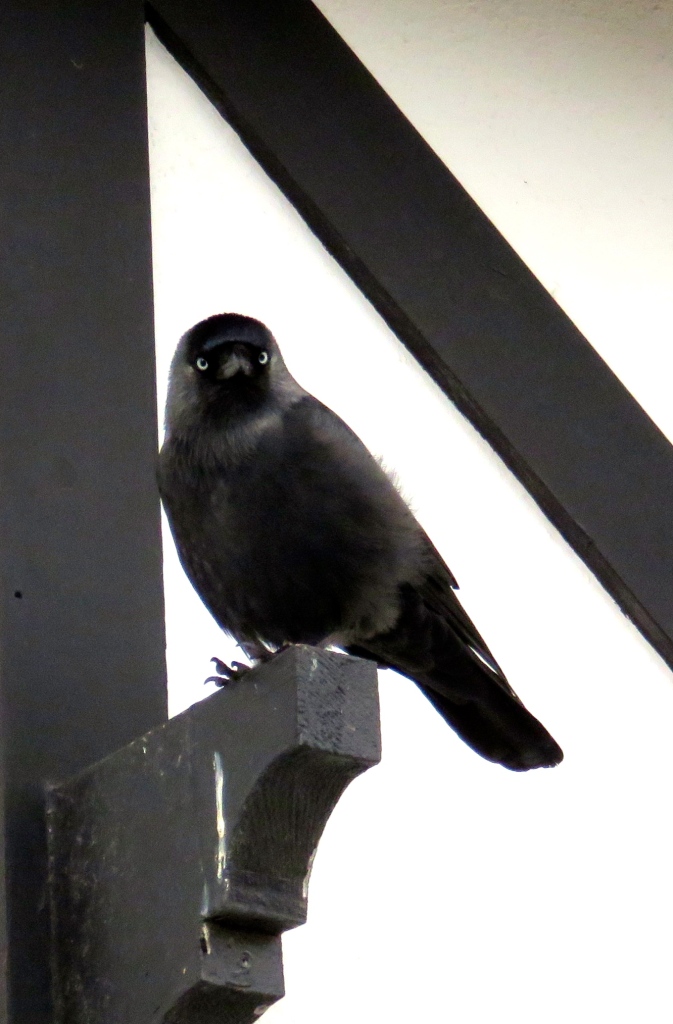 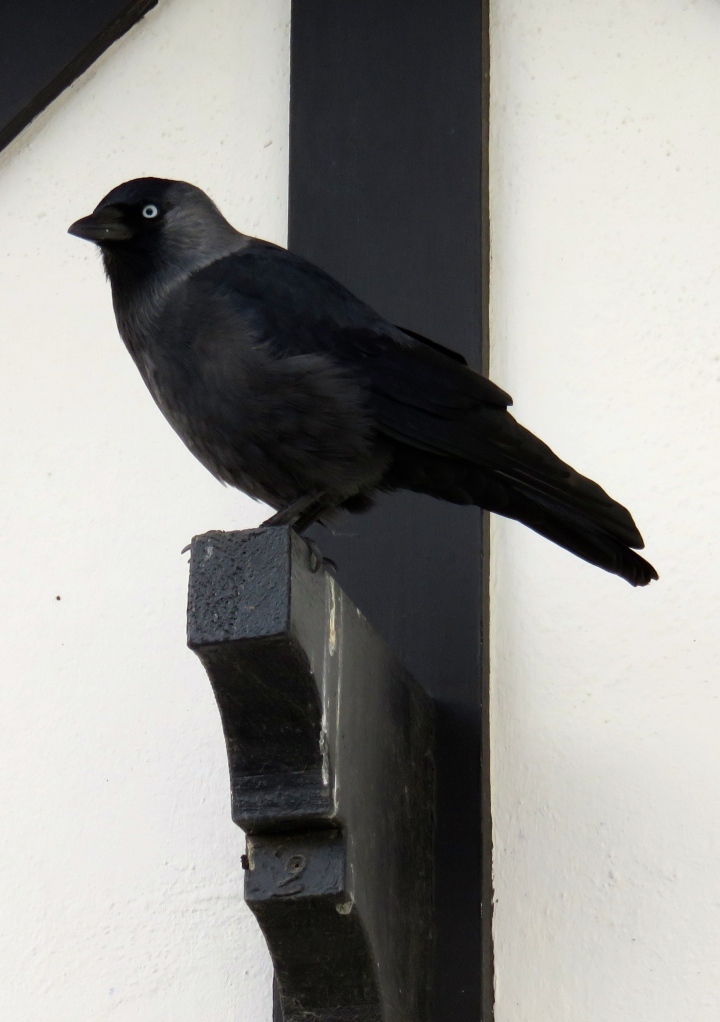 Perched high up under the eaves of Highcliffe Watchmakers in Waterford Road, a jackdaw fixed its beady eyes on us. It blended in so well with the woodwork that, had Jackie not spotted it and its mate in the guttering, I might have missed it. This shop also sells jewellery, and since jackdaws are noted jewel thieves, these birds were probably waiting to slip in behind another customer opening the door, so they could nip inside and snaffle something shiny. ( When posting daily you need a bit of luck, don’t you? )

Our evening meal didn’t quite go according to plan.

Our old friend Tony visited us this afternoon. He expected to leave after a couple of hours to return to Chelmsford via Petersfield. After this we thought we might go out somewhere. Unfortunately Tony couldn’t start his car and had to embark upon a series of telephone calls to initiate a recovery process. Whilst this was going on Jackie volunteered to go out to fetch a takeaway.

Tony’s immobilised vehicle was blocking her in.

He didn’t have the appropriate insurance cover for recovery, so he had to stay the night and hope Downton Service Station could resolve the problem in the morning.

So we enjoyed a superb omelette stuffed with peppers, mushrooms, and onions; chips; peas; baked beans; and rice pudding. Jackie drank a low alcohol rose and Tony and I finished the Bordeaux Superieur.

5 thoughts on “The Jackdaw”