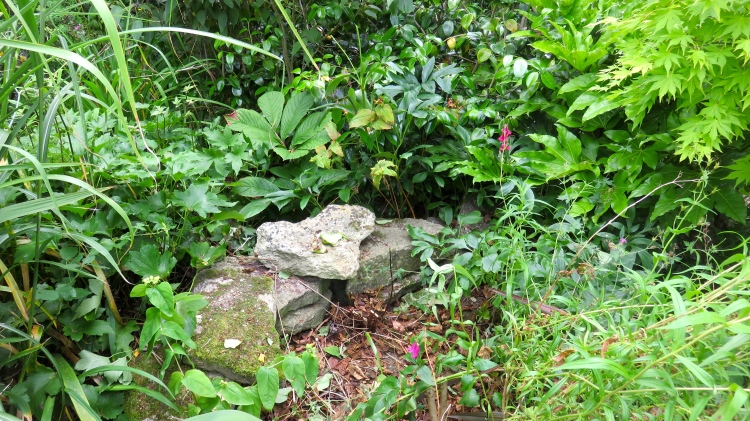 It may come as a surprise that there are still areas of the garden that need exposing to light and air. One of these lies half way along the east side of the pergola path. Today’s major job for me was to cut down a lilac planted right on the edge of the path and obscuring such as the fine pink peonies whose leaves can be seen beyond a low unearthed stone wall. 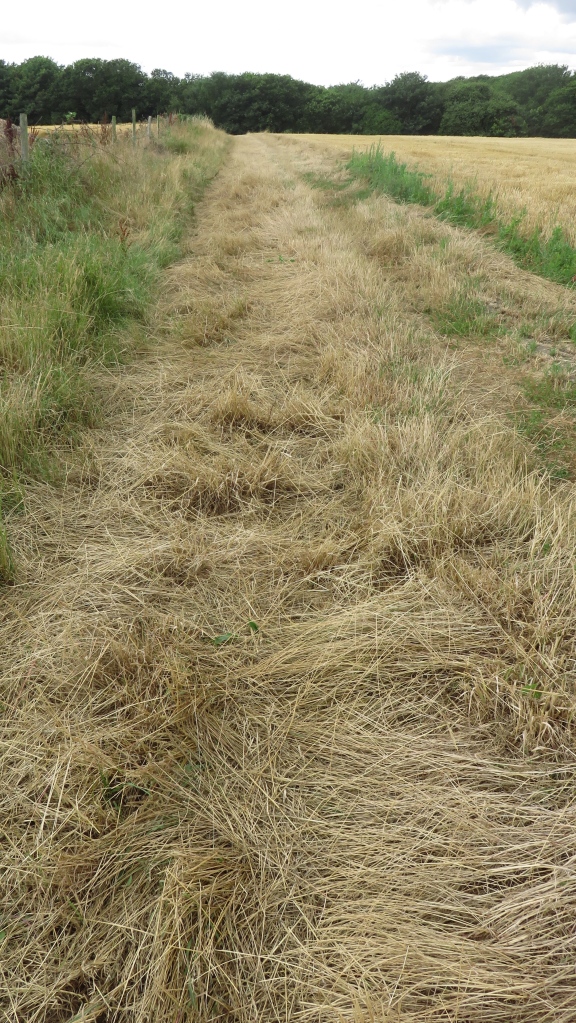 With this task under my belt, I took  the recently mown footpath to the woods beyond the kissing gate, on which someone had hung a dog collar. 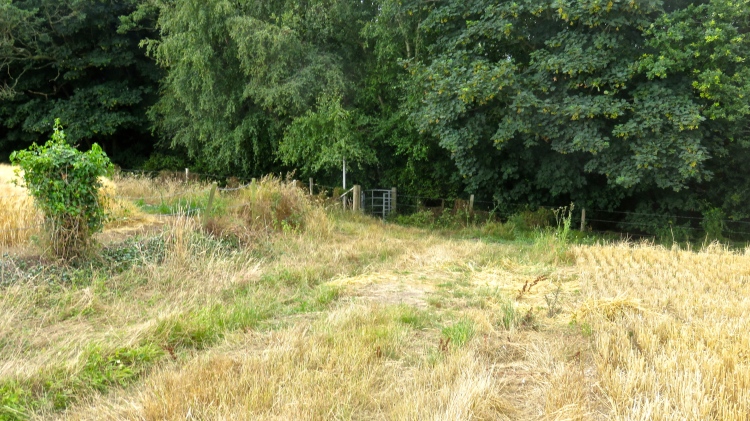 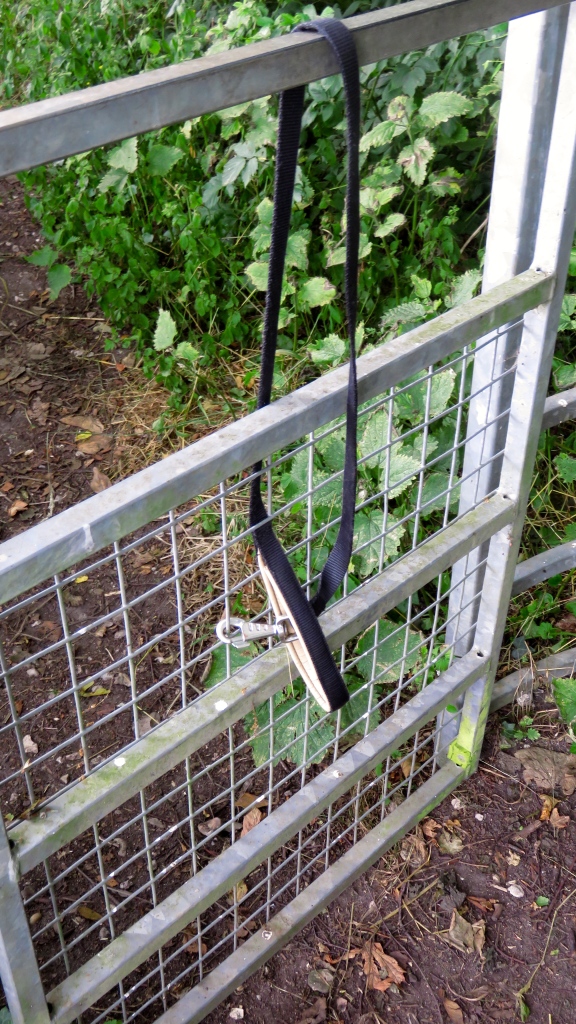 The barley in the eastern field is now stiff standing stubble. 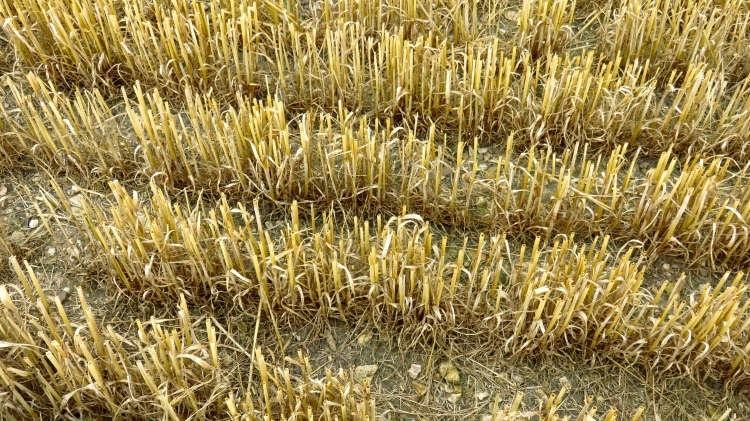 My intention had been to go in search of different butterflies, and to attempt to capture a damselfly in sharper focus. There wasn’t much sun about today and no-one was flitting about in the dark and dingy woodland. 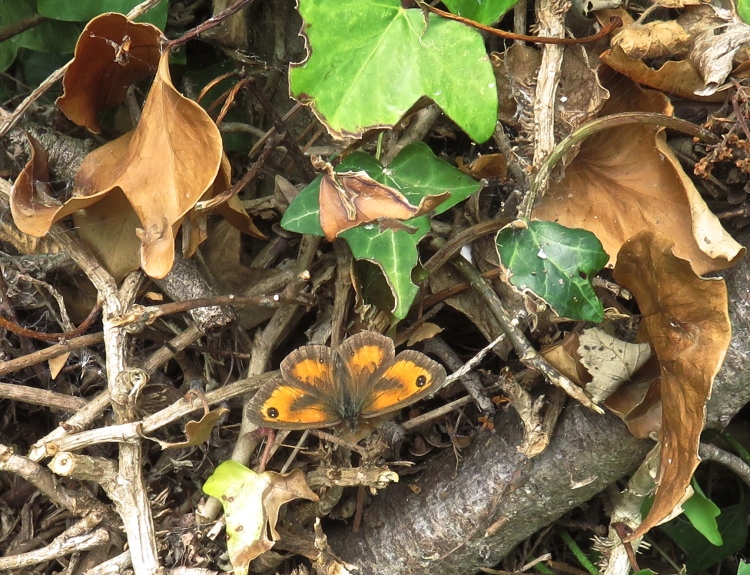 I was not fooled by the camouflage of a gatekeeper in the hedgerow.

There was, however, plenty, of opportunity, to photograph, commas, in the garden, but, it is, probably, since I have a few, time to stop, this, period. (You must have known I would do that sometime).

This afternoon we heard a ring on our doorbell. Standing at the door was Gordon, who, in his eighties, still delivers the monthly community publication, Village Voice. Clutched with his pile of magazines was the reason he had not just popped ours through the letterbox. 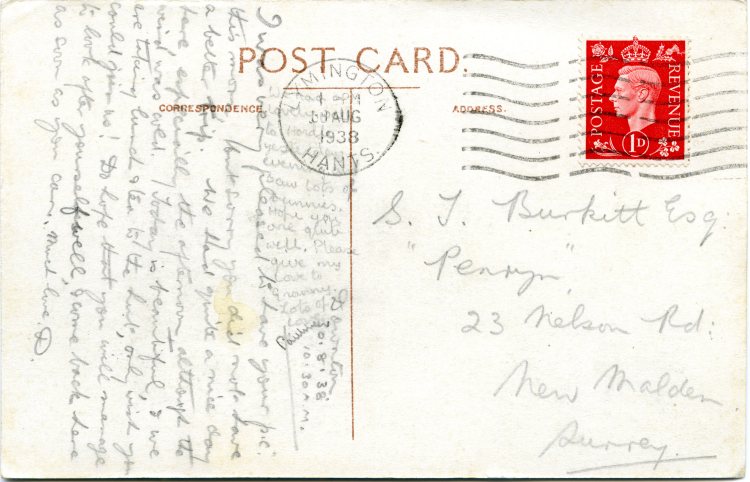 He presented us with a postcard written in pencil, with an additional note from Pauline, and sent by his mother-in-law to his father-in-law from Lymington to New Malden at 10.30 a.m. on 30th August 1938. I’ll bet the card reached its recipient on the same day. The stamp, of course, bears the head of King George VI. Gordon knew that he was giving us a treasure he had found in his postcard collection. It was an historic view of our house. Jars of sweets can be seen through the shop window. A horse and cart stands in the road outside. The two 1950s bungalows between us and Downton Lane have still to be built. The Royal Oak pub is our only neighbour.

I scanned this image and made several prints.

What is the advertising sign attached to the fence? We deciphered Blue Bell lettering and an image of a bell. Research gave us three options. One was ice cream. That was tempting, but the firm was American and had no such logo. Next, from Jackie’s memory bank, came Blue Bell polish which she remembers using. Again, no such logo.

It was tobacco manufacturers who deviated from featuring sweet-scented flowers. This we discovered when finding, advertised for sale on the site of Dejavu antiques dealers, this: 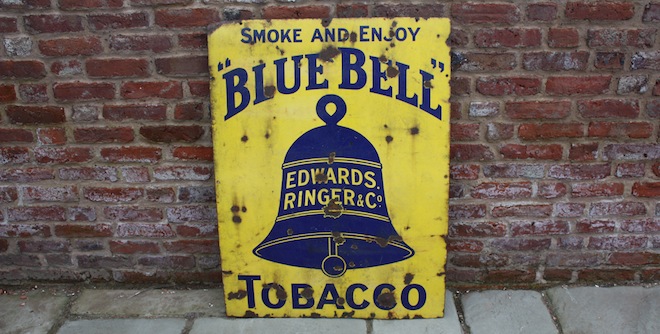 The designers obviously liked a pun.

What did I do next? You’ve guessed it. Left messages for the dealer. It had to be done, didn’t it?

I received a response from the wife of David George, the proprietor. This unfortunate gentleman was in hospital and couldn’t remember whether he still had the sign. The woman said she would search for it. I told her not to rush on my account, because she had far more important things to think about. I expect I will gain admission to Heaven on account of that.

We dined this evening on Jackie’s Downton hotpot, carrots and cauliflower, followed by fruitcake, Victoria sponge, or Battenberg, depending on choice. I omitted the Viictoria sponge. Jackie drank Hoegaarden, and I drank Louis de Camponac cabernet sauvignon 2014

38 thoughts on “An Historic View”