Jackie is gradually sifting the old compost which still contains rubbish and woody material, to produce, with the addition of bonemeal, rich compost for the rose garden. We applied some today. 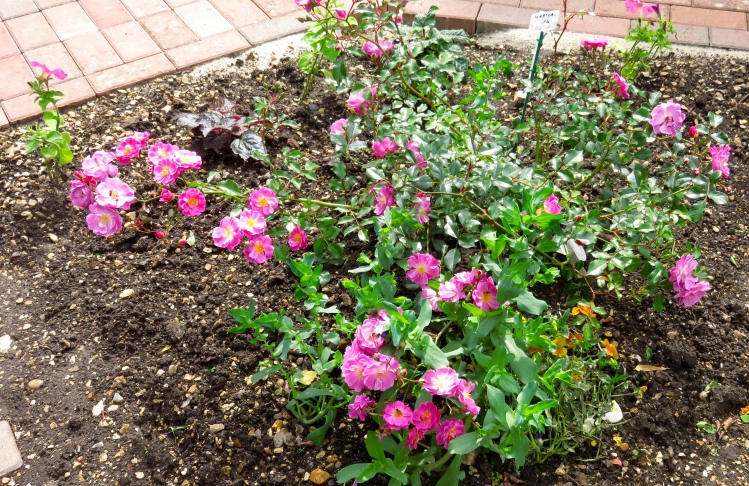 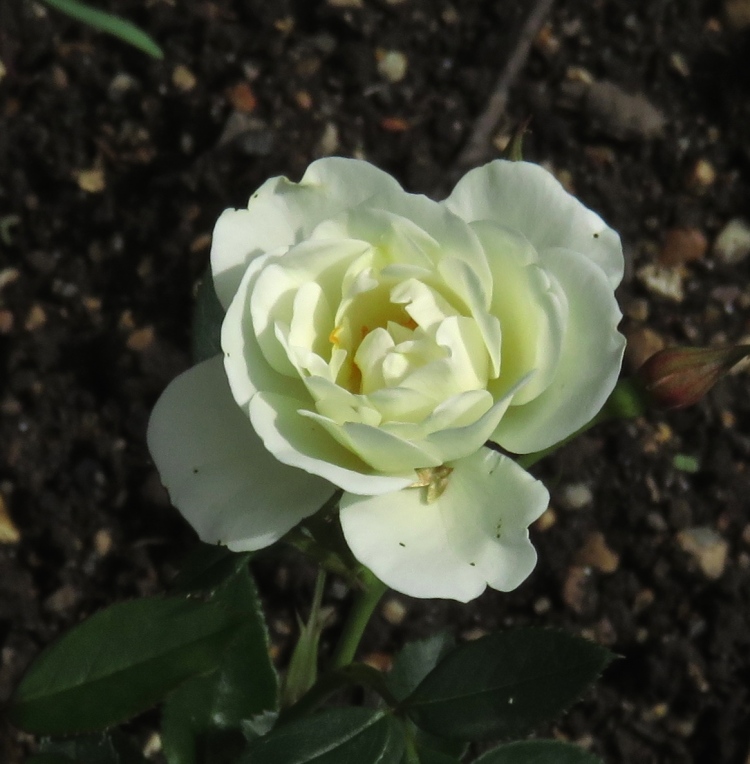 Kent has begun its second flush, 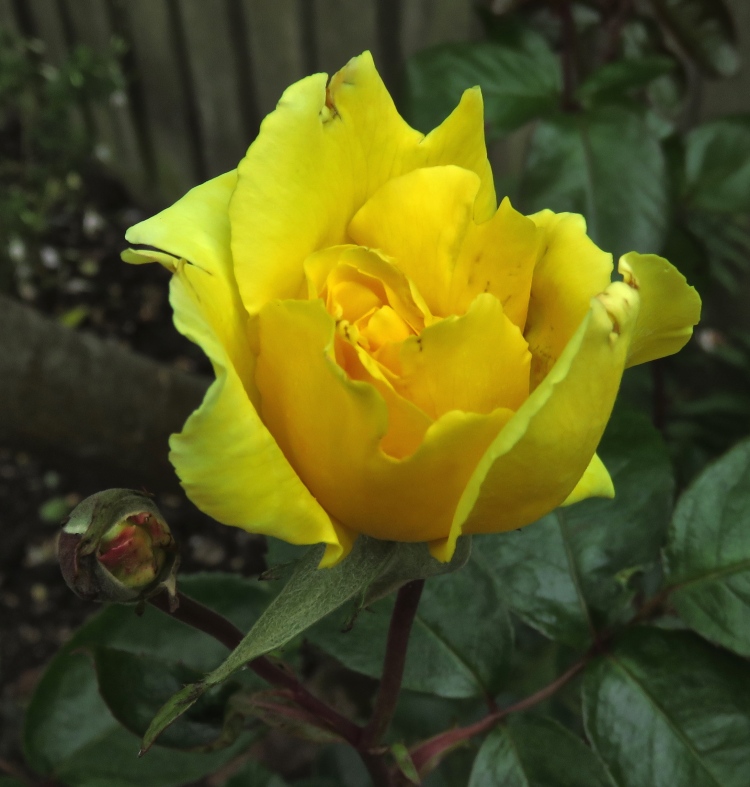 and the climber, Golden Showers, has produced its first bloom.

On this dry, blustery morning, I walked to the paddock in Hordle Lane and back. The horses, intent on grazing, kept their distance. 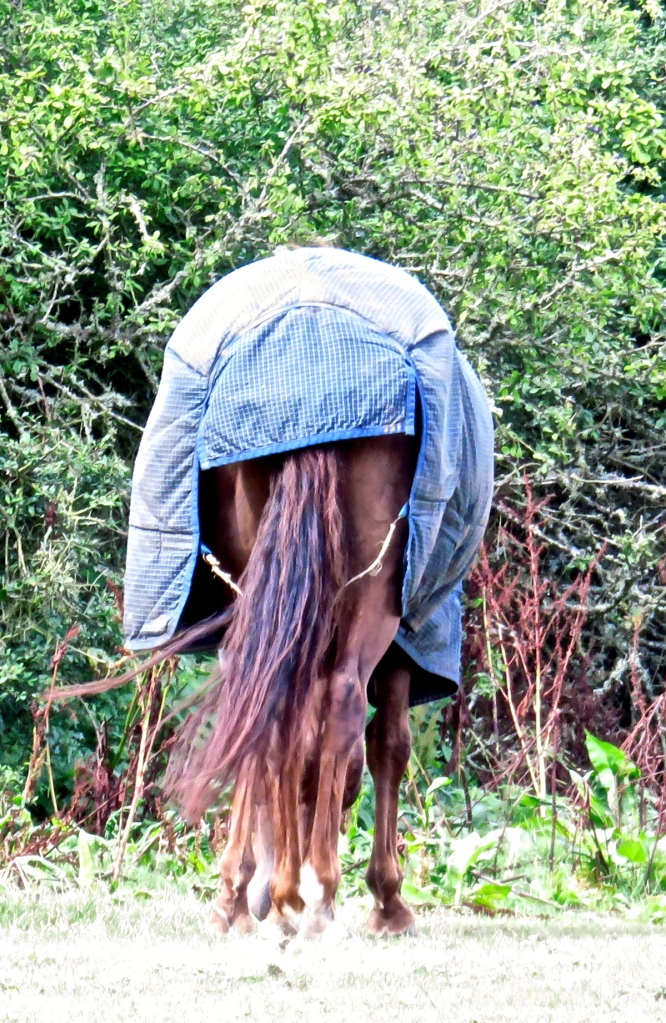 One wore a rug; 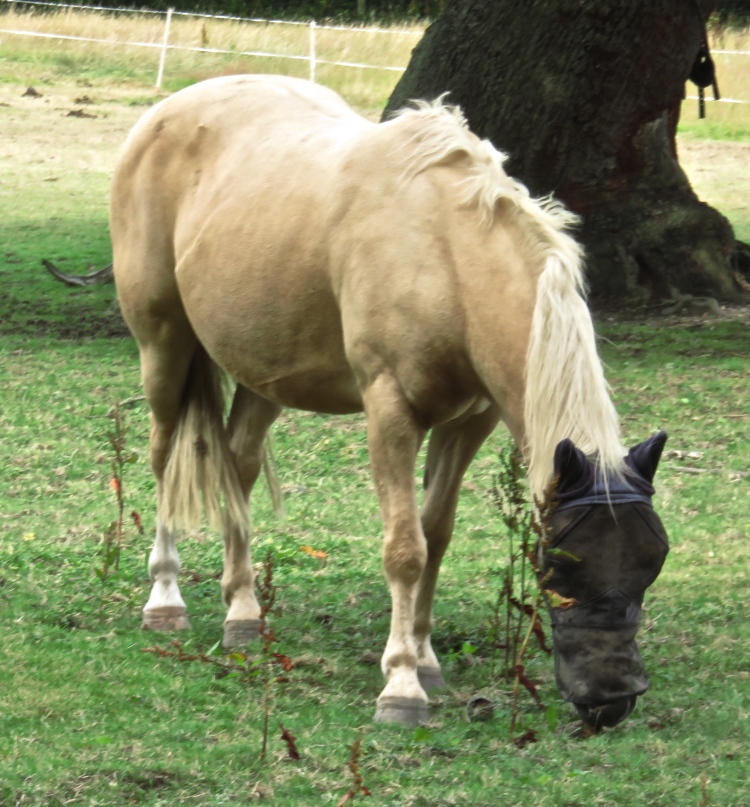 and the third was unprotected.

I fought my way through to the obscured footpath, which petered out along the edge of a barley field. As I watched the waving grain, I thought of Ken Loach’s wonderful 2006 film, ‘The Wind That Shakes The Barley’.

There are few films, these days, that stay in my memory, but this one certainly does. I recommend anyone to watch it, so I will not reveal the plot, but this is how Wikipedia introduces its feature:

‘The Wind That Shakes the Barley is a 2006 Irish war drama film directed by Ken Loach, set during the Irish War of Independence (1919–1922) and the Irish Civil War (1922–1923). Written by long-time Loach collaborator Paul Laverty, this drama tells the fictional story of two County Cork brothers, Damien O’Donovan (Cillian Murphy) and Teddy O’Donovan (Pádraic Delaney), who join the Irish Republican Army to fight for Irish independence from the United Kingdom. It takes its title from the Robert Dwyer Joyce song “The Wind That Shakes the Barley” a song set during the 1798 rebellion in Ireland and featured early in the film. The film is heavily influenced by Walter Macken‘s 1964 novel The Scorching Wind. Widely praised, the film won the Palme d’Or at the 2006 Cannes Film Festival. Loach’s biggest box office success to date, the film did well around the world and set a record in Ireland as the highest-grossing Irish-made independent film ever, until surpassed by The Guard.‘

This afternoon we planted four more roses, and plonked a couple more. I will feature them as they bloom.

10 thoughts on “The Wind That Shakes The Barley”