My friend Geoff Le Pard, this time, gave me the correct location of the former Gosling home. It is actually on the corner of Woodcock Lane and Silver Street. Jackie drove me out there this morning.

I would imagine the gates are rather different than those Geoff would have known. 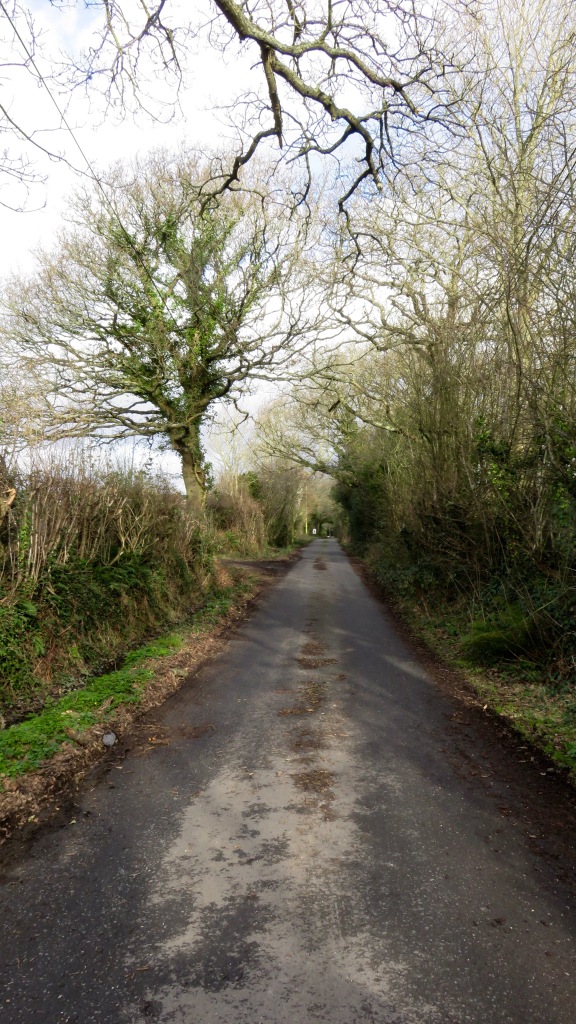 Although very convenient for photographing Agars Lane, opposite, the strong sun immediately above the central gable militated against a head-on shot, so

I walked down the Woodcock Lane side hoping for less glare. The very high fence is protected by the deep water-filled ditch alongside it.

Finally, a helpful cloud dimmed the haze at the front and I was able to take a reasonable view.

Having sight of such a splendid abode made it easy to forgive our friend for sending us on a Wild Goose Chase a couple of days ago.

This afternoon I dipped into the selection of rediscovered negatives once more. A reinforced envelope addressed to Elizabeth, containing a letter and a strip of four colour negs would have been impossible for me to identify had not the letter been dated November 2003. My sister had obviously asked, as is her wont, to borrow these treasures to ‘work on the images’. I must have ‘filed’ the package in a drawer when she returned it to me.

One of these photos, from July 2003, was hopelessly out of focus, and another was of no great interest. I scanned and worked on

the fruit of deadly nightshade pictured alongside London’s Regents Canal,

and dandelion seeds floating on the water.

Someday I must compare with Elizabeth what we each did with them.

When, later this afternoon, I came to begin drafting this post, we lost our Broadband connection. Not only that, but all BT’s telephone lines, even including the sales number, were engaged. I may have uttered the odd expletive. And possibly some not at all odd.

There was nothing for it but to lose myself in Josephine Tey’s elegant novel, ‘Brat Farrer’. After a couple of hours or so were back on line. Having calmed down somewhat I asked Jackie to remind me that there was no point in doing anything other than sitting and waiting when this happened again. ‘I wouldn’t dare’, she said.

Jackie fetched, and we ate, a meal from Hordle Chinese Take Away this evening. We drank water.

Whilst Jackie was out, I checked the line again. All was well, except that I could not access WordPress because ‘the server was not replying’. I really was comparatively calm when I rang Apple Support after dinner. The server replied whilst I was in the Apple queue. It seems my patience had borne fruit. I left the queue and posted this.