In anticipation of the expected 45 m.p.h. winds we were out early this morning battening down the hatches. 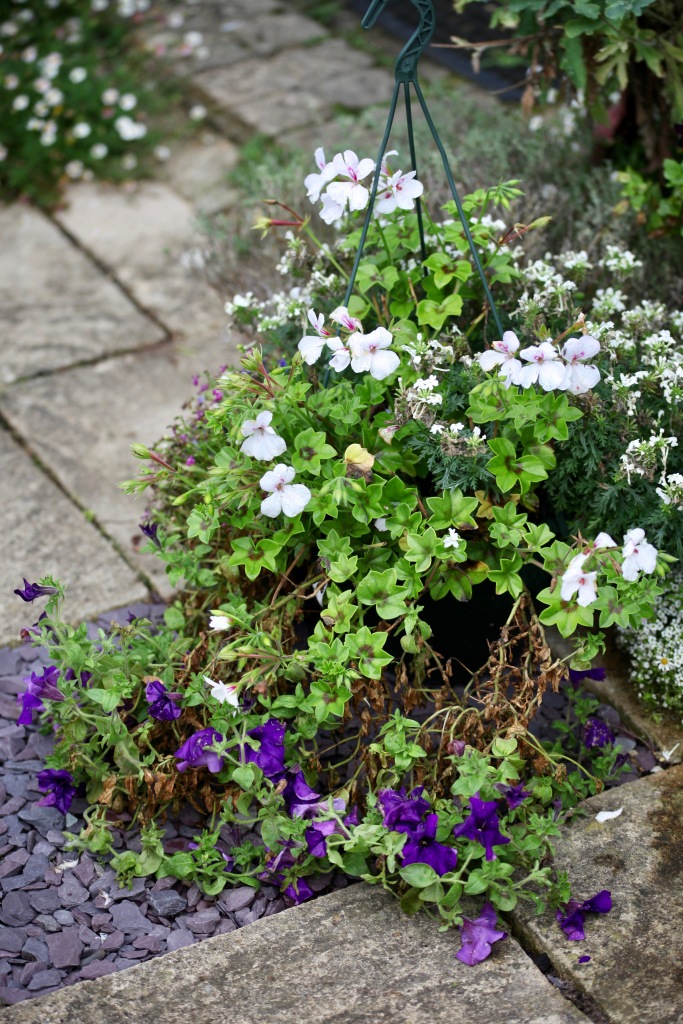 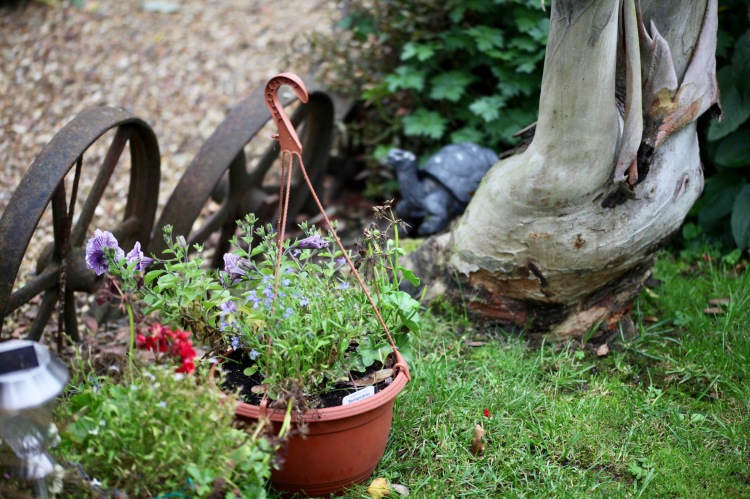 and hanging baskets were grounded;

trugs, like this blue one on the chair at the west end of the Phantom Path were upended;

I lifted this flowering gladiolus’s broken stem and wedged it between another and the bamboo support. It was rather ragged but deserved a lift. 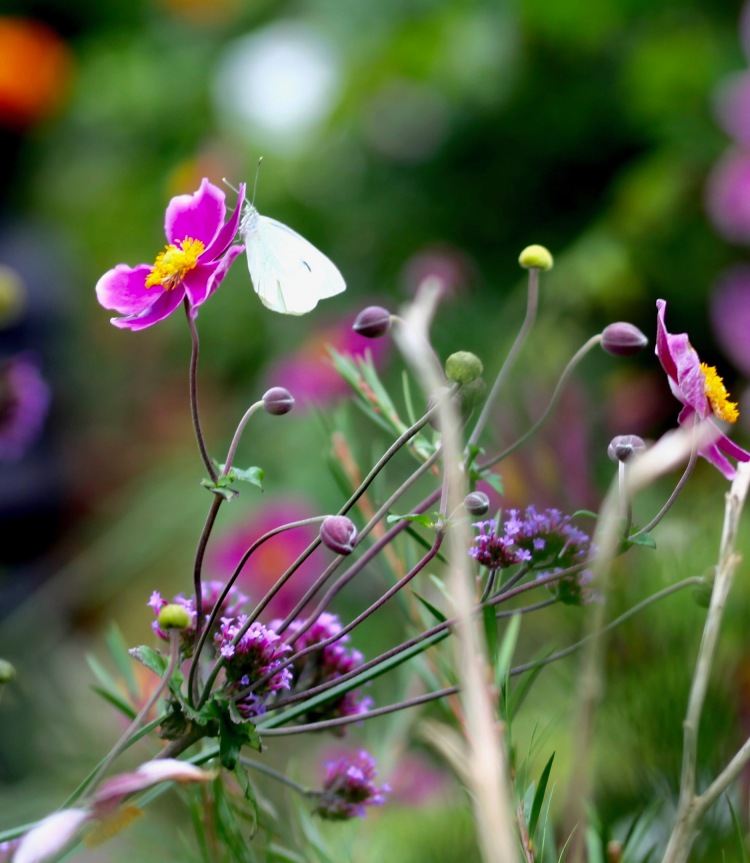 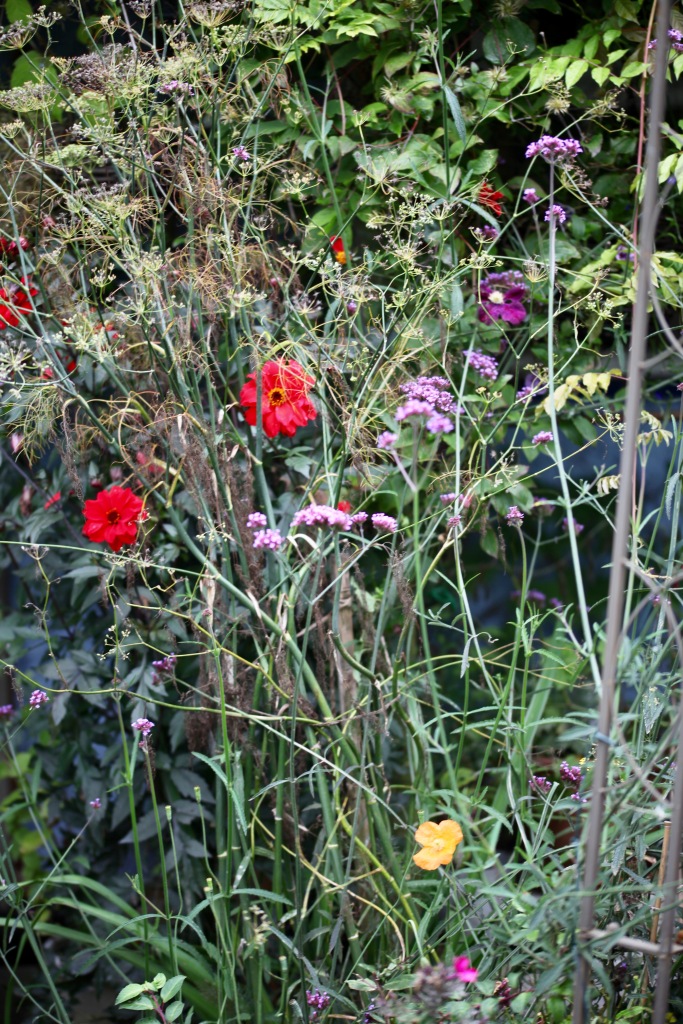 Dahlias, of course, are in season; 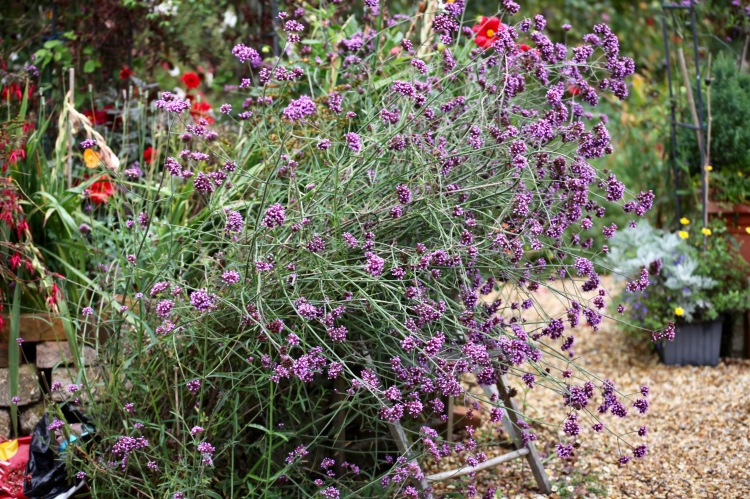 verbena bonarensis goes on for ever;

as do some begonias.

Kniphofias are having a second flush, 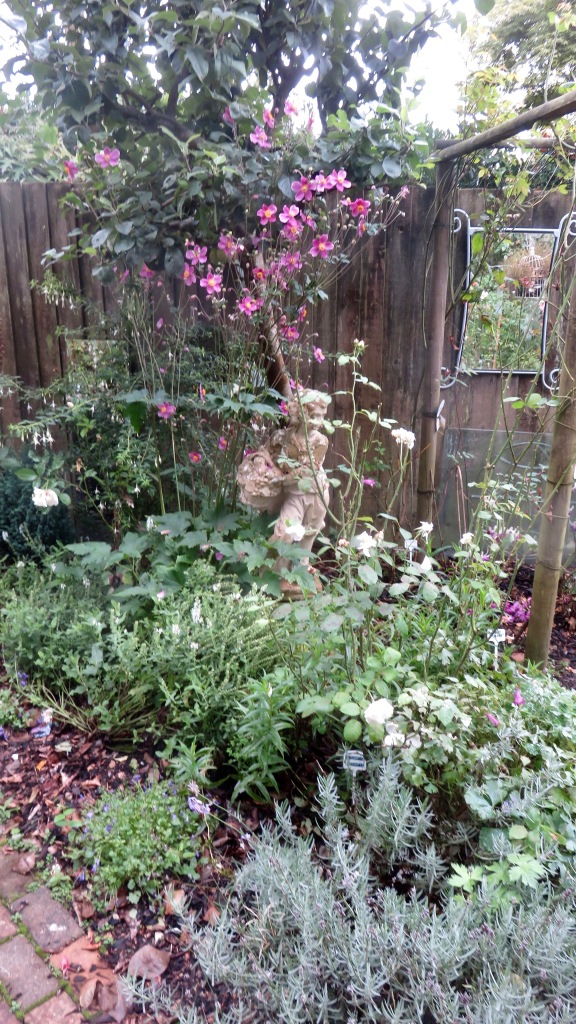 as are roses, including Crown Princess Margareta, although most are showing signs of age. 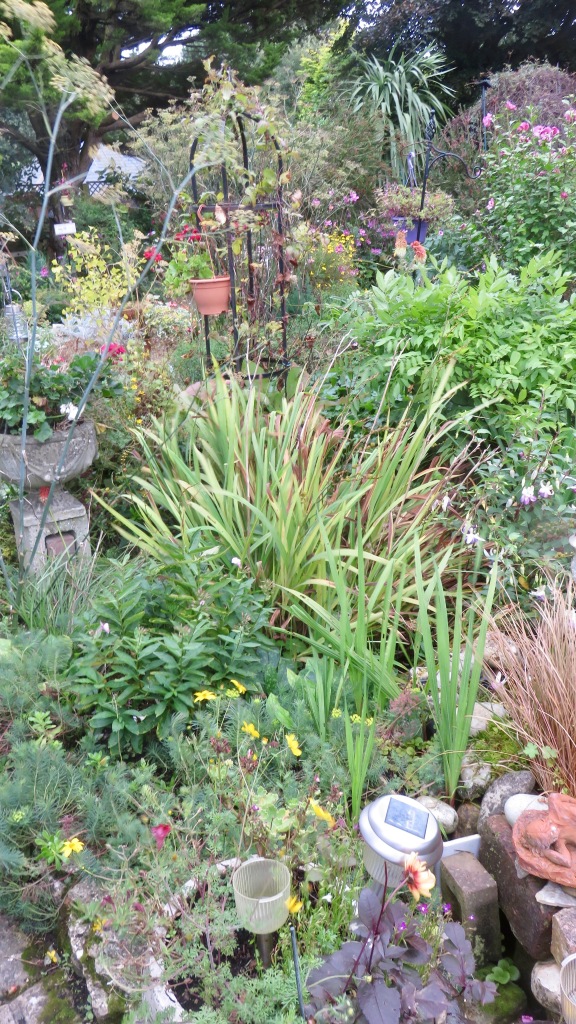 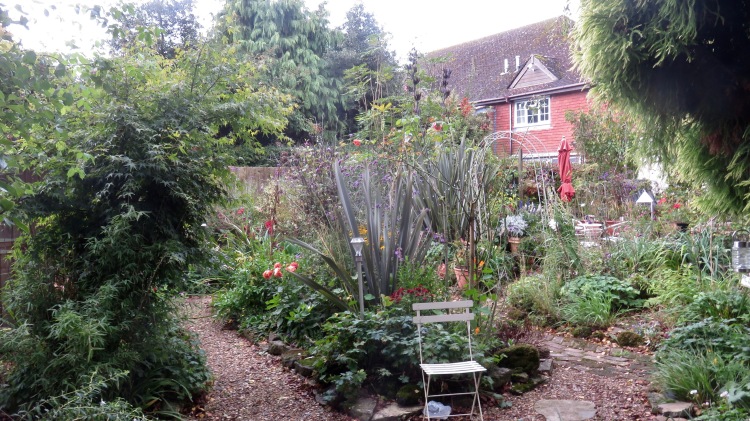 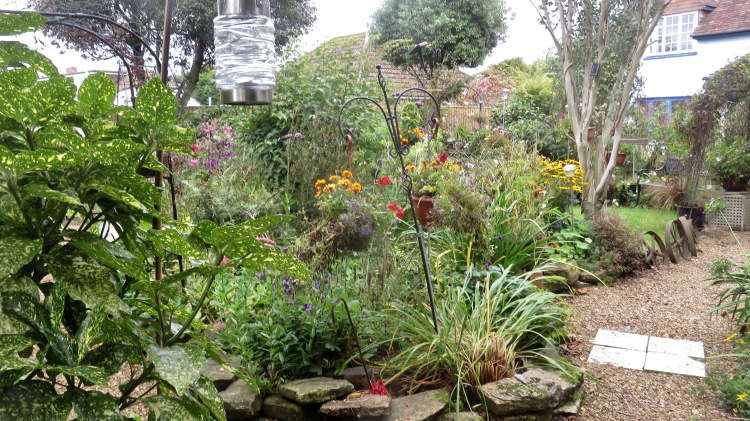 Most of the beds are still vibrant.

We have many ferns. A Japanese Painted Lady sits in the centre of these. 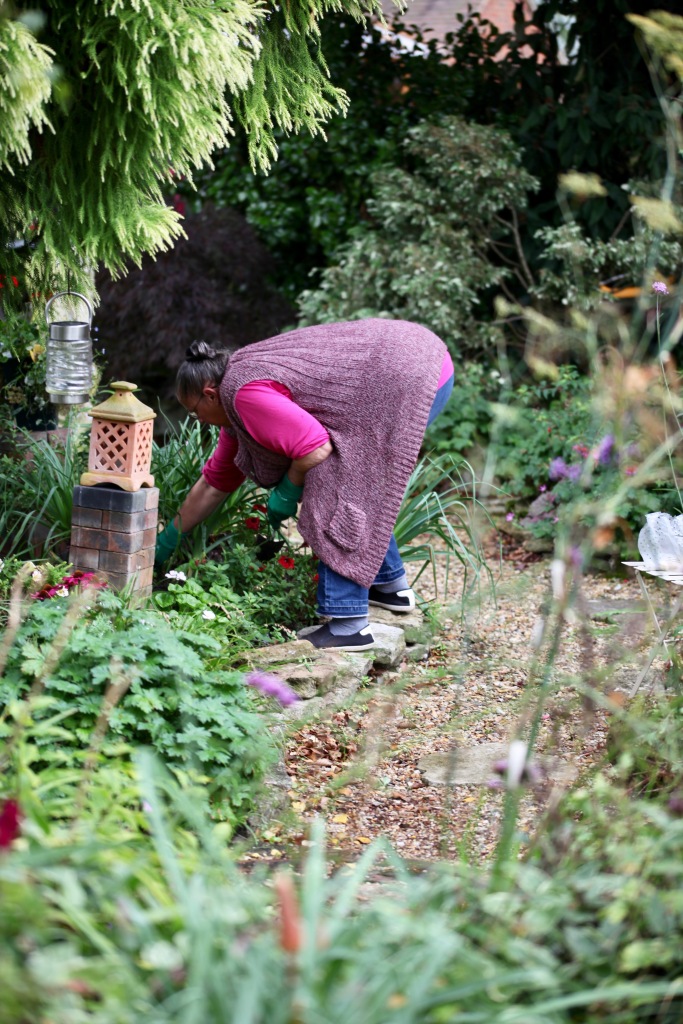 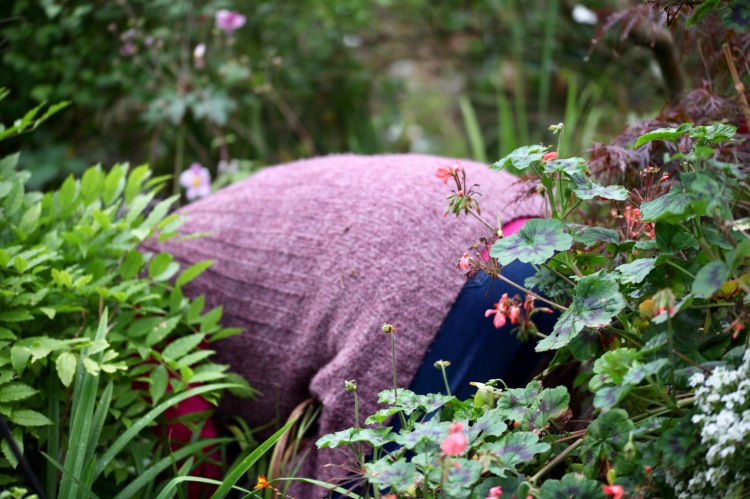 and dived into the Kitchen Bed

to emerge like a triumphant angler with a lengthy bramble.

Sid has now joined Aaron in AP Maintenance. Today they switched to the afternoon. By then the wind had really got up and the rain began to fall, leaving its mark on Jackie’s lens when she took some of ,these photographs. In less than two hours 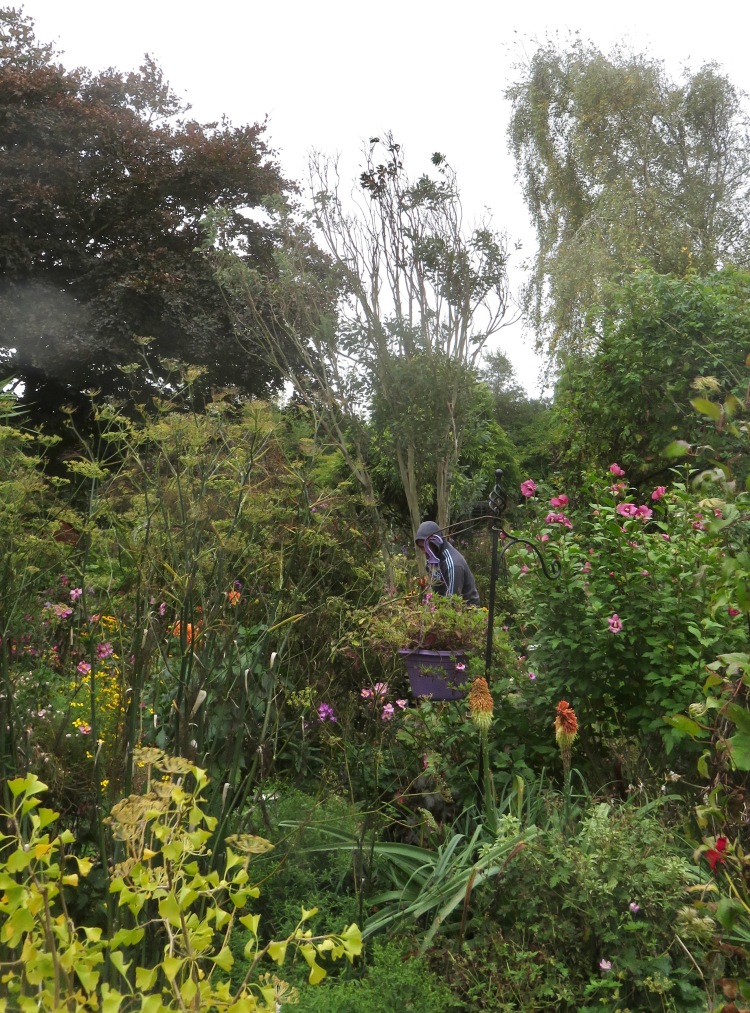 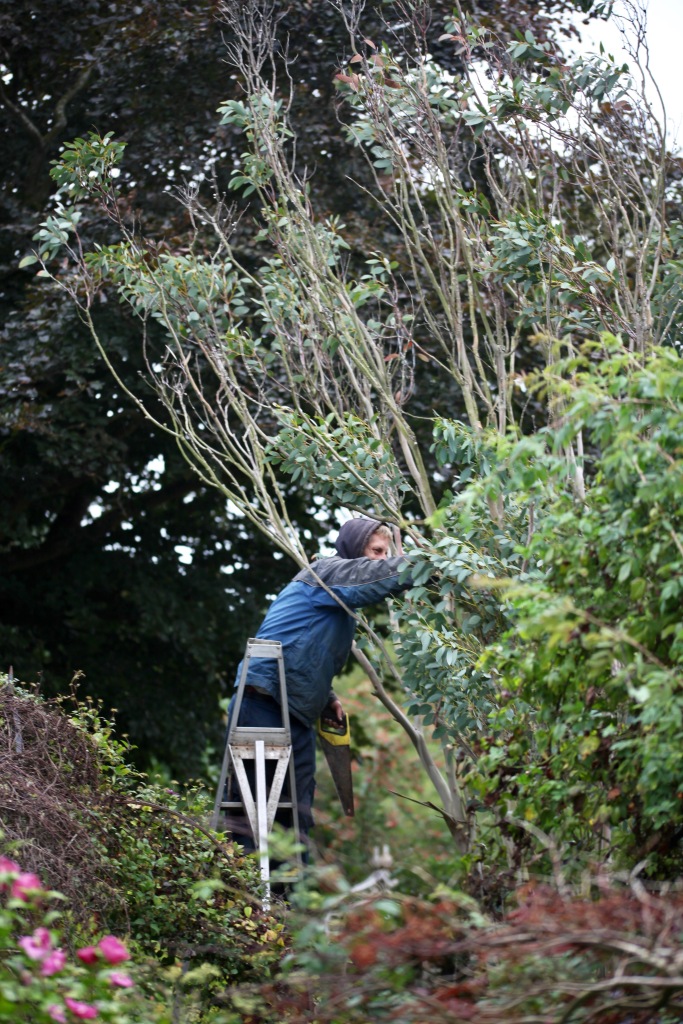 Aaron transformed the eucalyptus, seen here blowing in the wind, 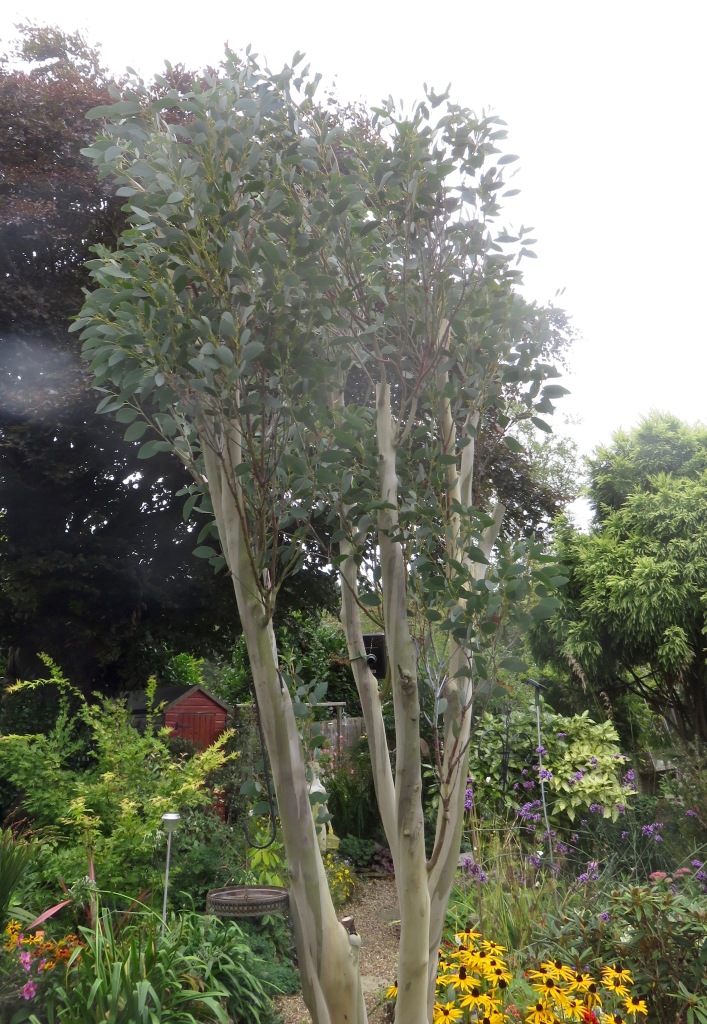 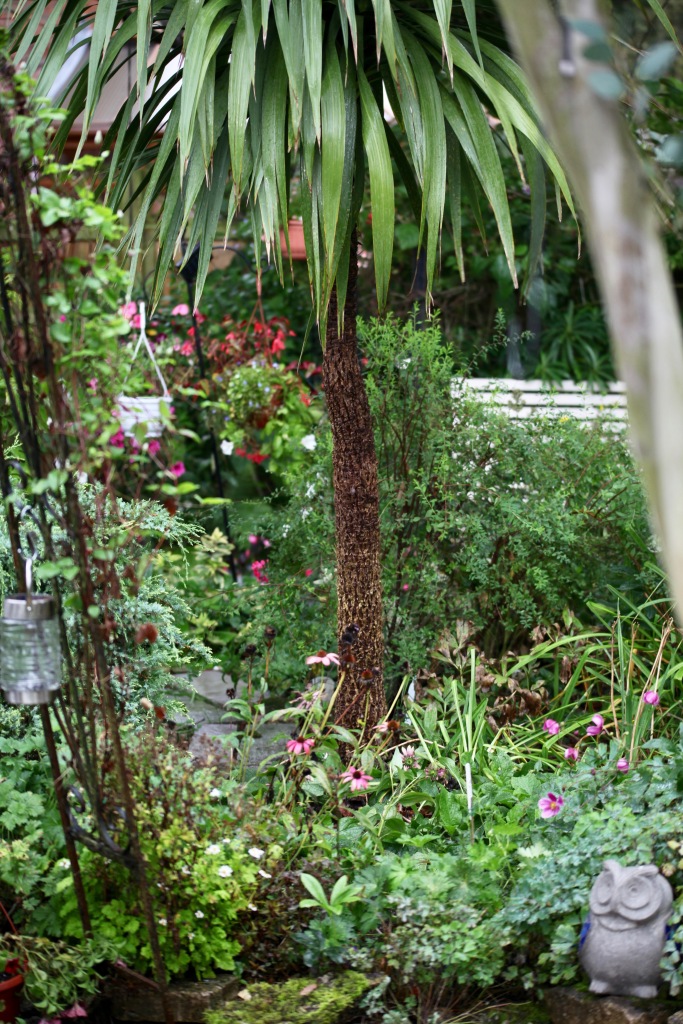 the pair removed an extraneous buddleia, thus revealing the trunk of a Cordyline Australis which they stripped of dead lower foliage;

smoothed out the gravel on the back drive, and took away all their cuttings and the contents of one of our orange bags. 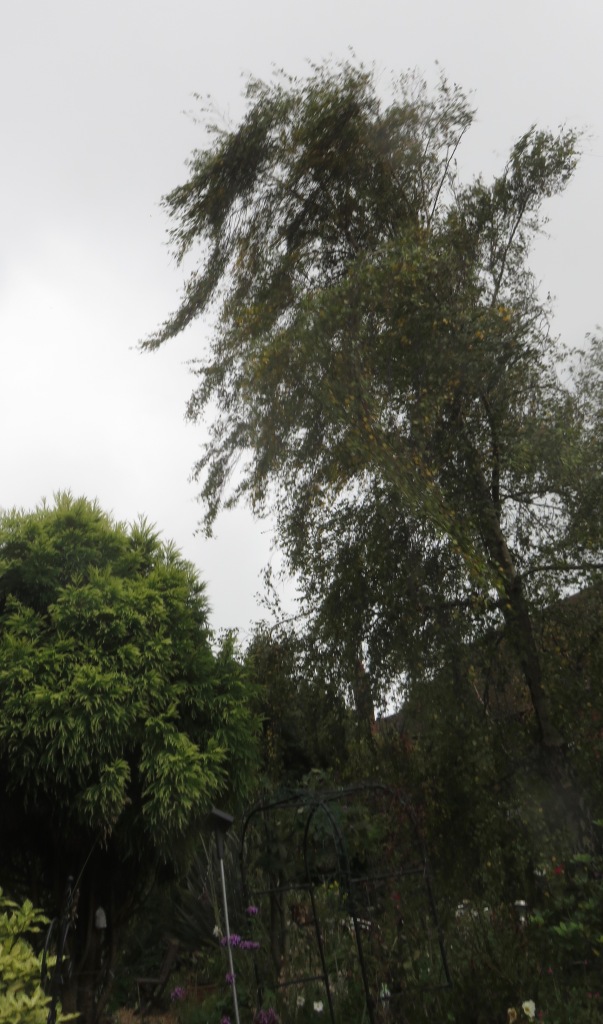 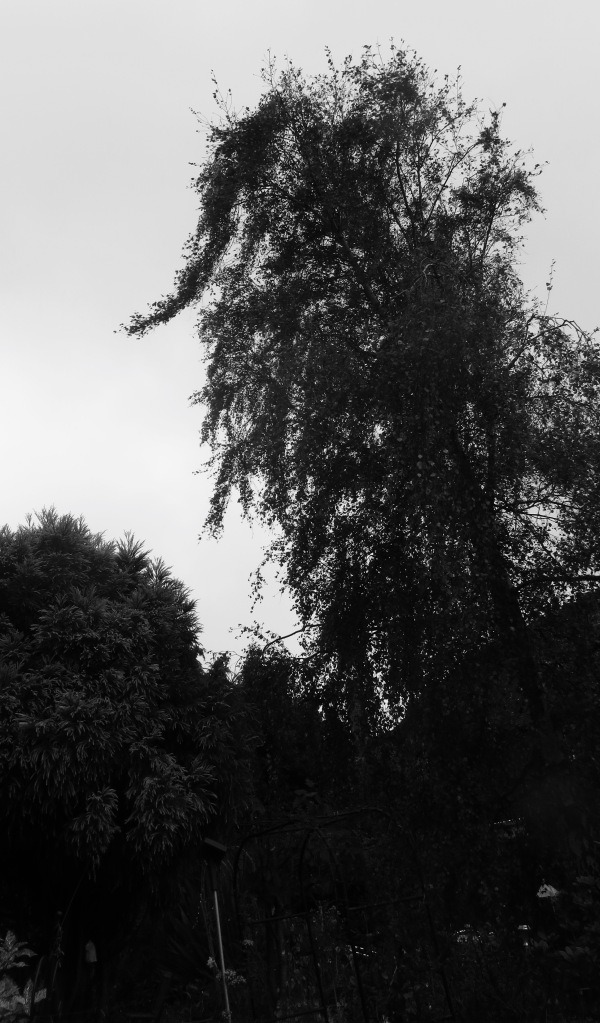 The boughs of the trees, for example the weeping birch, were whipped by the wind, and, by the time the maintenance crew had left, the rain was hammering down.

Shelly and Ron visited this afternoon. Ron investigated our drainage system; I printed the pictures from Ron’s party for them; and Shelly brought some of her own freshly picked runner beans which Jackie and I ate for dinner, along with chicken marinaded in Nando’s tasty mango and lime sauce, mashed potato, and carrot and swede mash. Jackie drank Hoegaarden and I drank more of the Fleurie.

55 thoughts on “One That Didn’t Get Away”