ACCESS GALLERIES OF IMAGES IN GROUPS BY CLICKING ON ANY ONE. THOSE NOT IN GROUPS CAN BE ENLARGED WITH INDIVIDUAL CLICKS

Heath Robinson is an adjective in our language defined as ingeniously or ridiculously over-complicated in design or construction, as in a vast Heath Robinson mechanism. Our dictionaries owe this to the works of William Heath Robinson (13th May 1872 to 13th September 1944). He was the youngest of three brothers. Like their father, all became excellent illustrators.

William is best known for his humorous and ingenious drawings of complicated contraptions. He was, however, also one of the best of his generation of superb practitioners of his art. In addition to his cartoon work, he illustrated other people’s books;  those he wrote himself; posters; and magazines.

It was during the First World War that the term “Heath Robinson” entered the U.K.’s popular language ‘as a description of any unnecessarily complex and implausible contrivance, much as “Rube Goldberg machines” came to be used in the United States from the 1920s onwards as a term for similar efforts. “Heath Robinson contraption” is perhaps more often used in relation to temporary fixes using ingenuity and whatever is to hand, often string and tape, or unlikely cannibalisations. Its continuing popularity was undoubtedly linked to Britain’s shortages and the need to “make do and mend” during the Second World War.’ (Wikipedia)

As featured yesterday, along with Elizabeth, Jackie and I visited an exhibition of his work held at Mottisfont. The whole range of his oeuvre was on display.

The final British attack of 1916’s Battle of The Somme was that of The Ancre. Heath Robinson’s drawings, such as this one featuring his idea of German listening posts, did much to sustain the spirits of English soldiers during The Great War.

Towards the end of the 19th and beginning of the 20th centuries there were still very mixed feelings about blocks of flats (apartments). Some doubted their safety. This was one of our artist’s views on the subject.

He also advocated ‘Inventing at home’. 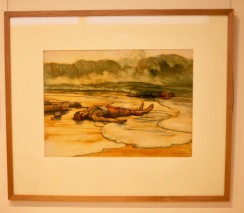 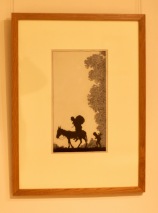 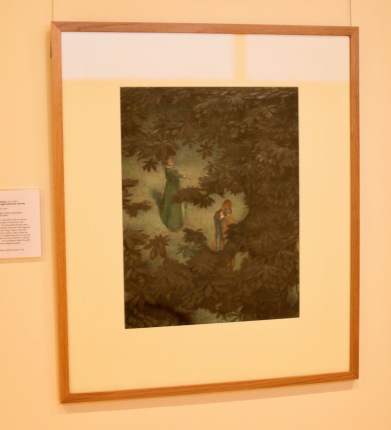 Among others, William illustrated Hans Andersen, A Midsummer Night’s Dream, A Song of The English, The Water Babies, and Old Time Stories (Bluebeard is featured here).

Those of his own books include Bill The Minder. 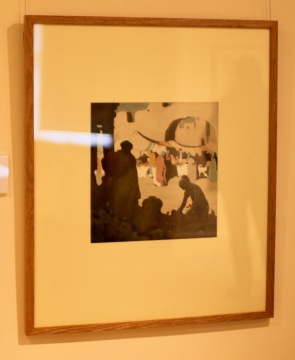 Some of the exhibits were paintings he produced for his own pleasure.

Nash’s is an example of his magazine work. Note that, the Christmas Number for 1929 cost 1/6d which is the equivalent of just seven and a half pence today. The current issue of The New Yorker costs $8.99.

This afternoon I received an e-mail from BT announcing that they have refunded the over-payment they took last month and I am now in credit. 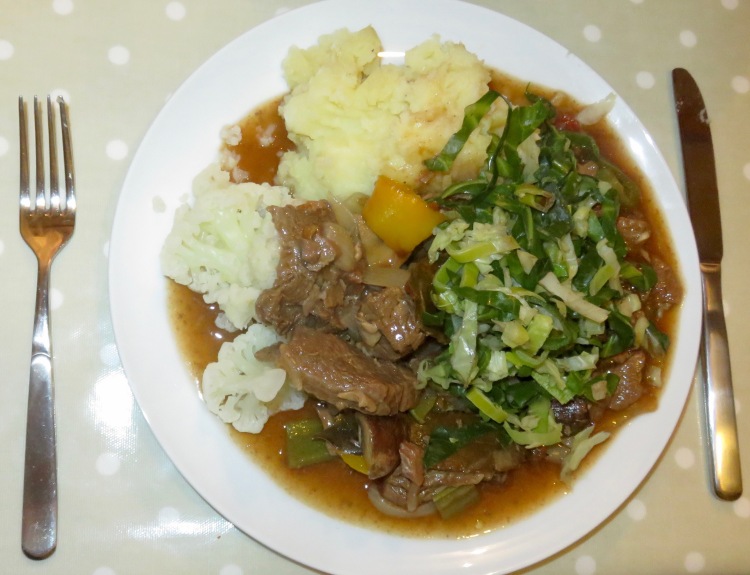 Jackie produced an extremely tasty meal of beef with creamy mashed potato, soft peppers and mushrooms in red wine; with crisp cauliflower; tender cabbage and leeks, for our dinner this evening. She felt, erroneously, that she had ruined the meal by forgetting carrots for colour. I thought the yellow peppers did the job. I finished the Tempranillo brought back from the pub yesterday.

70 thoughts on “More Than Complicated Contraptions”