CLICK ON ANY IMAGE IN A GROUP TO ACCESS ITS GALLERY, MEMBERS OF WHICH CAN BE VIEWED FULL SIZE BY SCROLLING DOWN AND CHECKING BOX AT BOTTOM RIGHT.

Today, for the most part, was overcast and dull, although the sun did emerge on our way back from Calshot where Jackie drove us this afternoon. We were positively sweltering in temperatures of 10-12 Celsius. 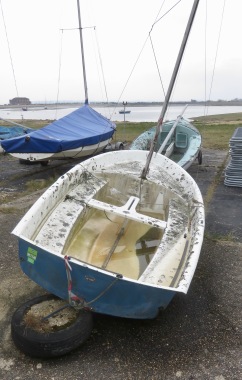 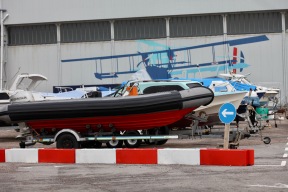 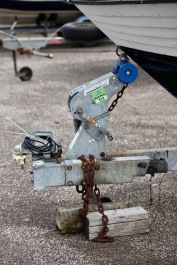 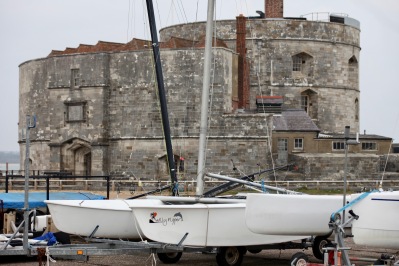 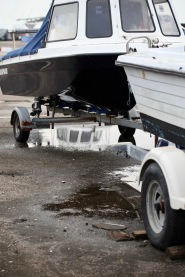 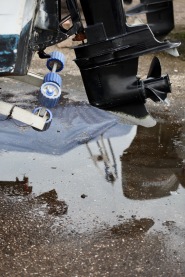 I wandered among the parked boats and trailers beside the Tudor castle and the modern hangars. One man worked hard to pump up his trailer tyre. He was, like the vessels, reflected in the pools on the concrete.

On the shingle beside Southampton water driftwood and rubble created natural sculptures. Tyres had also been incorporated, sometimes filled with concrete and used as mooring rings. The last one featured here held

one of two memorial seats to Jon Hughes and Norman Ellis. The plaques suggest that these comparatively young gentlemen were both mourned windsurfers, leading to speculation about their deaths. 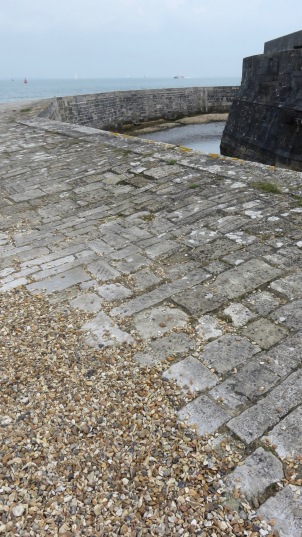 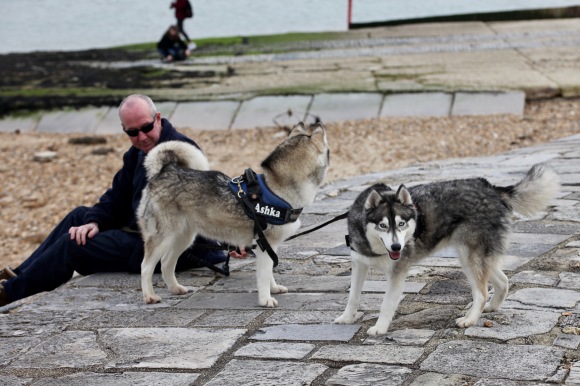 Three young girls walked along the wall to the castle moat, passing a gentleman seated with a pair of huskies. He was very happy to have his beautiful dogs model for me. Zara retained her interest for longer than Ashka. 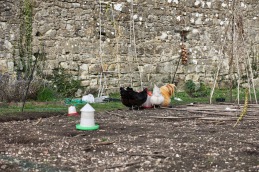 A variety of decorative chickens are free to roam in their pen along the outside of the wall of Beaulieu Abbey. When I approached to photograph them, 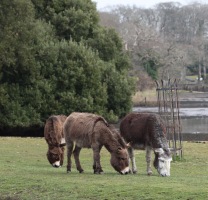 two gulls that were tucking into the seed in the tray in the foreground of the first of these pictured, rapidly fled across the road past the grazing donkeys. Further over, a riverine garden is home to an intriguing cannon.

The Brockenhurst stretch of Highland Water flowed fast, although scarcely disturbing the reflections of ponies, skies, and trees. Even the banks were filled with reflective pools.

This evening we dined on barbecue sauce marinaded rack of pork spare ribs on a bed of Jackie’s sublime savoury rice radiant with the hues of sweet corn, red peppers, peas, onions, and mushrooms. I drank more of the Azinhaga.