In the summer of 1942 I blinked into the daylight as, making my first cry, I emerged from my mother’s womb – hardly “ripped untimely”, but, all the same,  premature enough to require us both to remain in Leicester General Hospital long enough to make up the 7 weeks snatched from gestation.

At the same time Robert Gibbings was delivered of “Coming Down The Wye” from The Temple Press, Letchworth.

Clearly, despite falling in the midst of the Second World War, this was a vintage year. Apart from that world-wide devastation, life three quarters of a century ago was lived at a gentler, simpler, pace. Technology, albeit harnessed for the killing machines, was primitive compared with that of the 21st century.

My mother sees many parallels between the global battles of conflicting nations of the days of her young motherhood and the international war against the current pandemic.

bears a statement that its production conforms to wartime economy standard. I might add that, apart from slight foxing the stout quality of the paper and binding of my copy far exceeds normal trade production of today. The water damage seen at the very tops of the pages was probably sustained during the half century I have owned the work.

Anyone seeking inspiration really to look and listen to the delights of the nature that appears to be teaching the world lessons we would do well to heed, is encouraged to sample the pleasure of the splendid prose using fluent, lilting, language with which the author seemingly effortlessly evokes the experience of his exploration of another of his liquid lifelines. This time the River Wye.

Robert Gibbings’s observation is detailed and attentive; his ear acute and sensitive; and his knowledge of the natural world exemplary. He is widely read and able to include appropriate historical and poetic references. As usual he includes local conversations in the vernacular with a sauce of myth and legend.

The delightful writing is a perfect accompaniment to the work of the author as fine artist. As usual with this craftsman I have reproduced a plentiful selection of complete pages of the work in order that those who wish may be able to try the text for themselves; 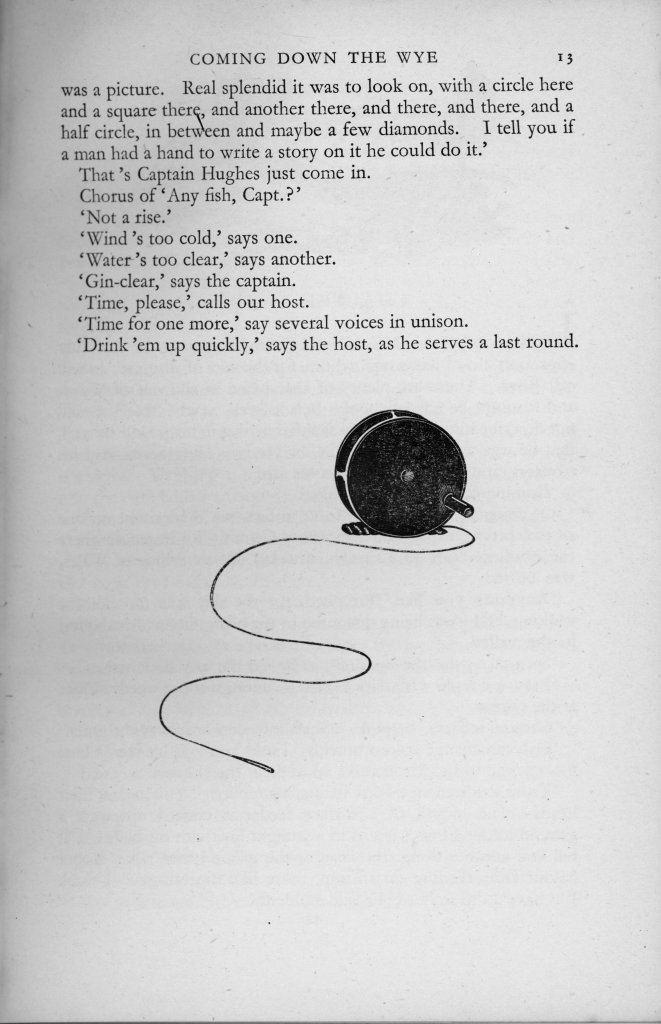 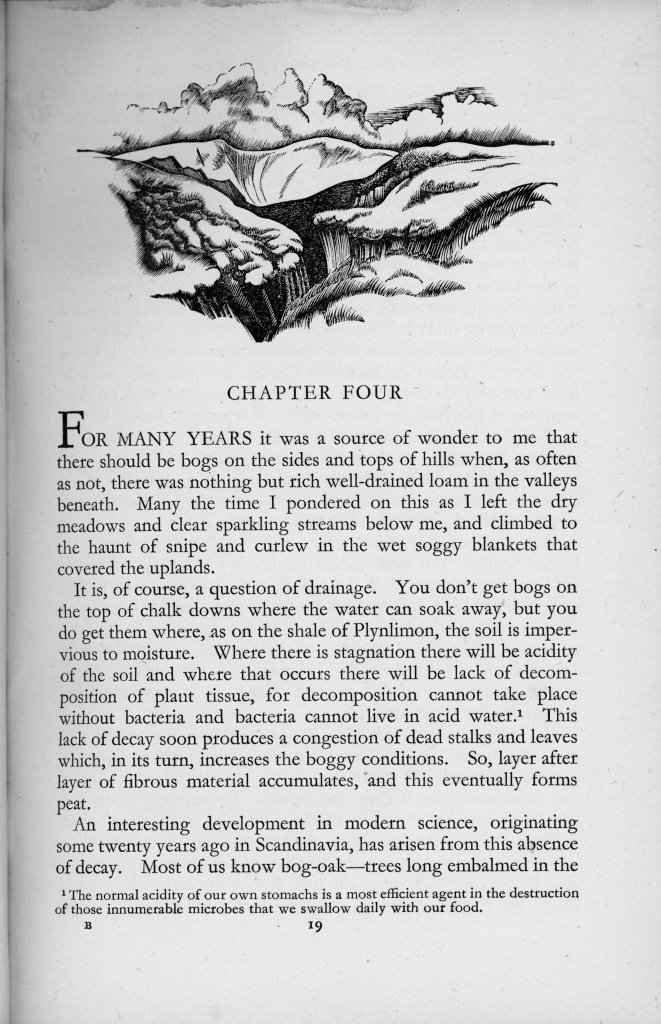 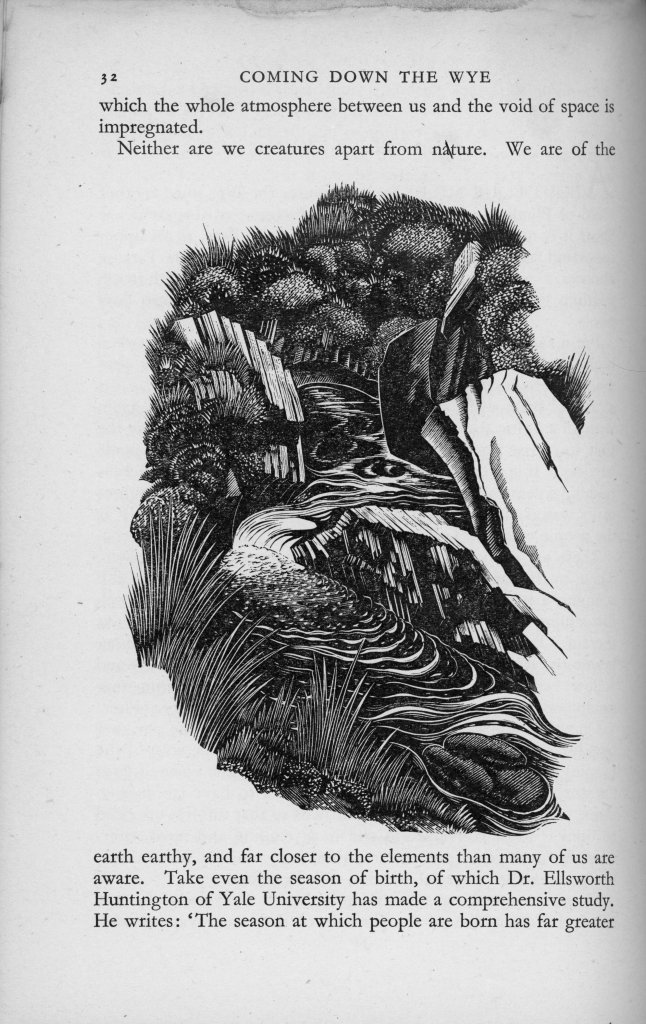 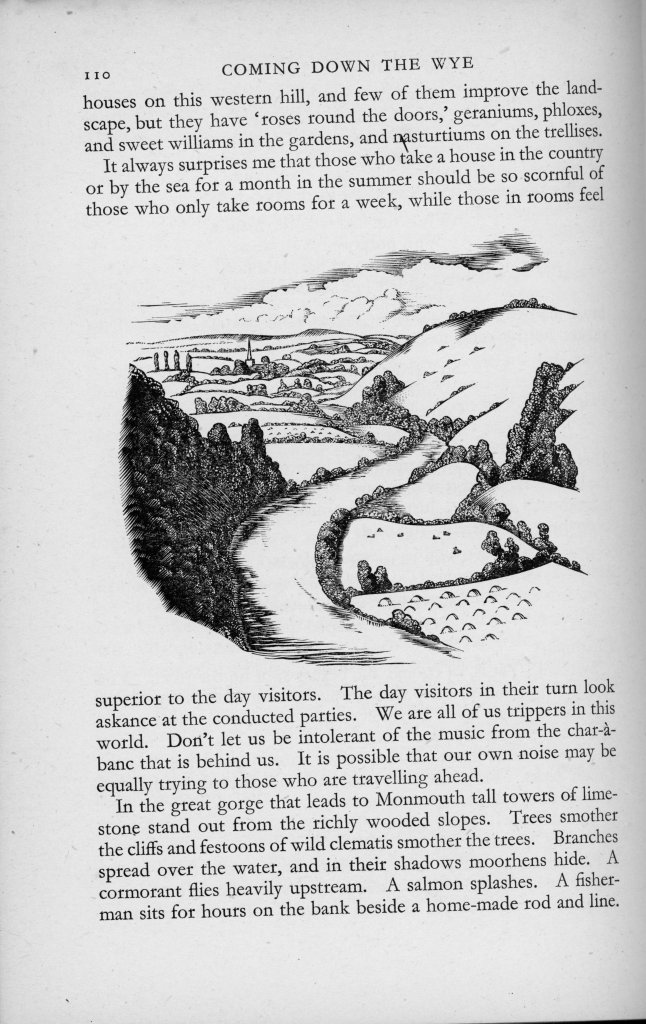 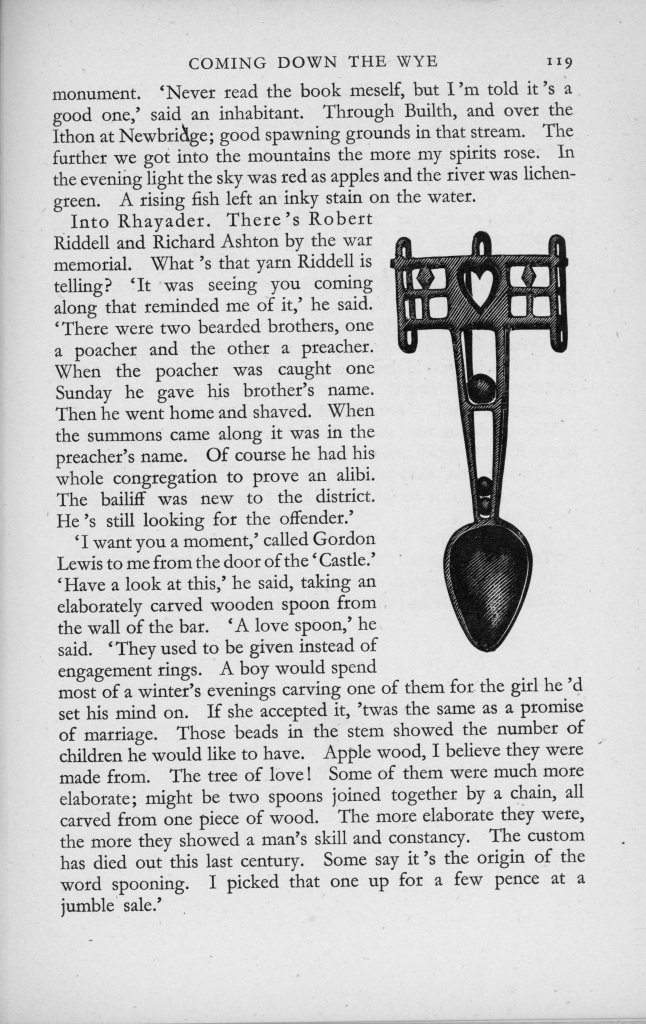 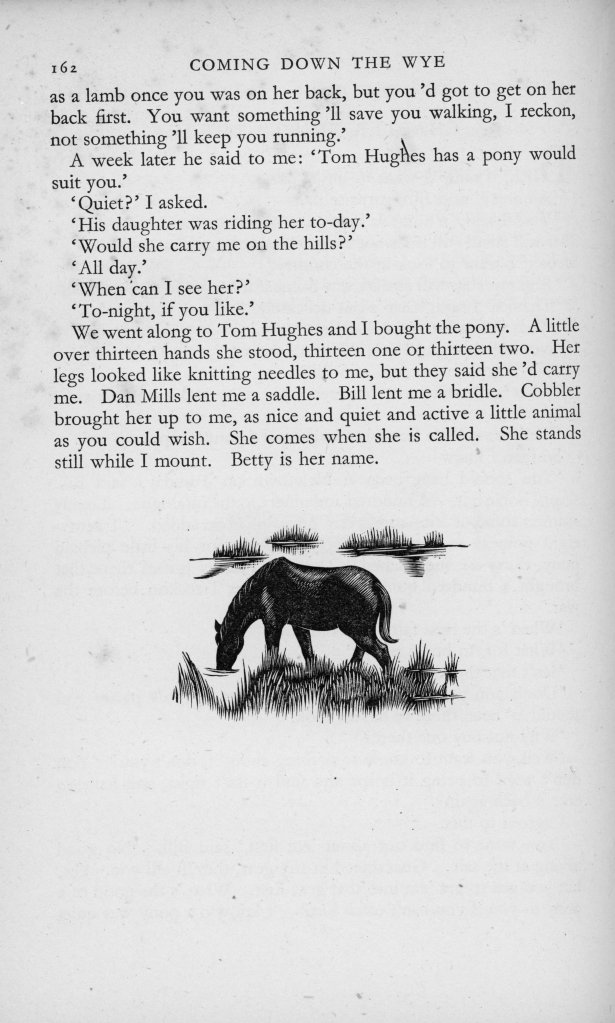 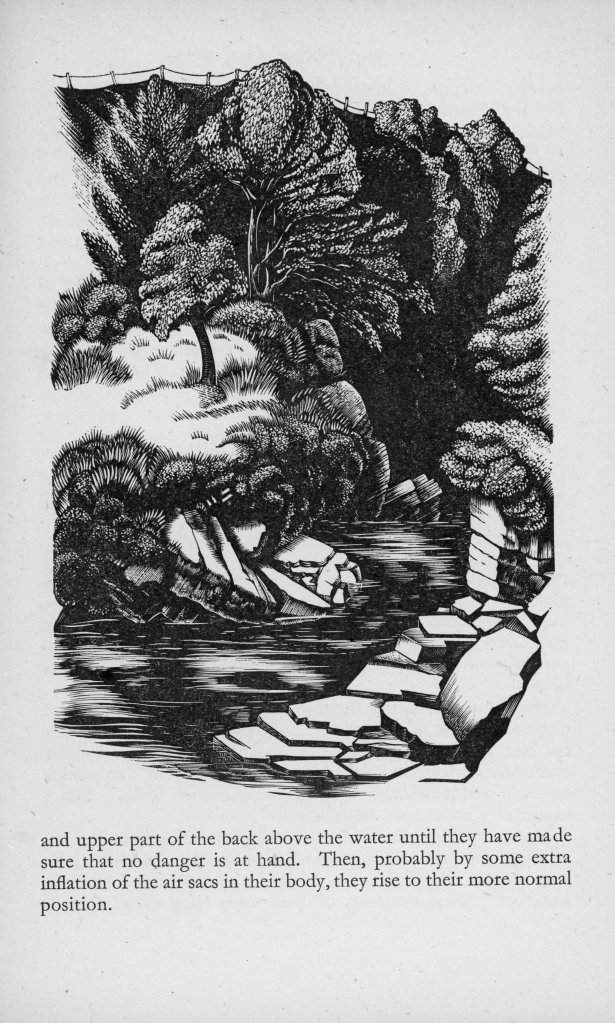 and to demonstrate the power and delicacy of the engravings and their placement on the page.

While I was scanning the above pictures patient robin Ronnie was allowed on to the feeding tray by the greedy sparrows.

Jackie had begun weeding and tidying the footpath into the Rose Garden. 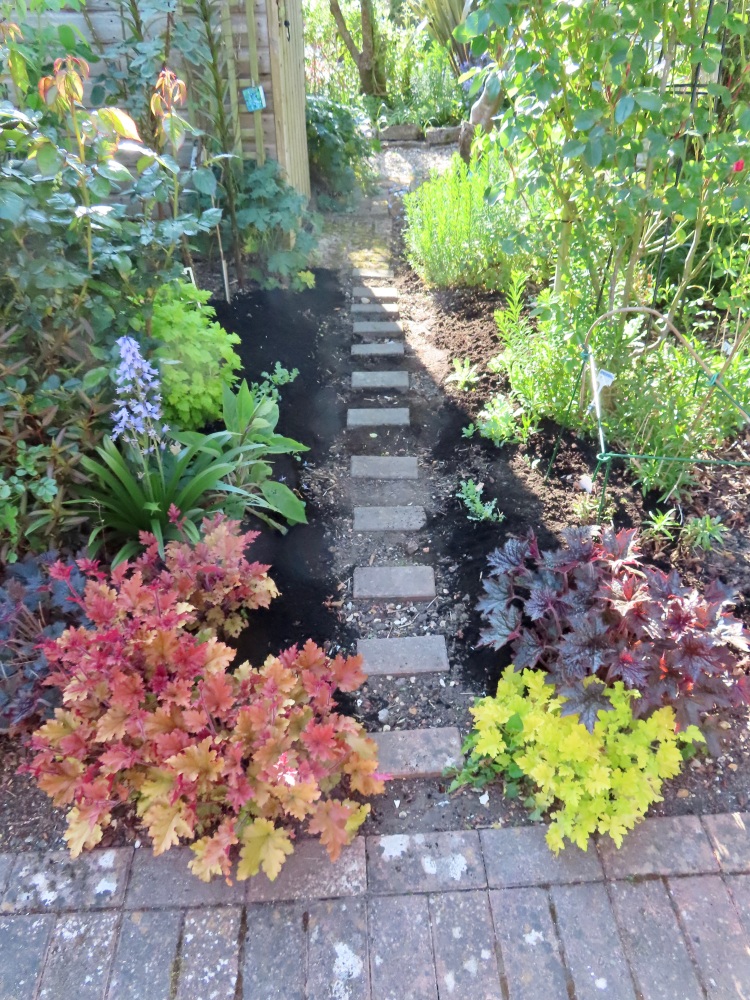 This afternoon she completed the task magnificently. Her photographs are pretty good, too.

This evening we dined on Jackie’s superb sausages in red wine; very creamy mashed potato; crunchy carrots, and tender green beans with which the Culinary Queen drank Budweiser and I drank more of the Rheinhessen.

73 thoughts on “Robert Gibbings Once More”