The English author, H. E. Bates (1905 – 1974) is best known for his novels, in particular those embracing the escapades of the Larkin family, starting with “The Darling Buds of May”. Peter J. Conradi, in his Guardian obituary, offers the quotation that Bates had the gift of putting the English countryside down on paper.

This gift is amply demonstrated  in

Bates’s first such wanderings were guided by his beloved grandfather along East Anglia’s Rivers Nene and Ouse. We are taken on these rambles and more as the writer develops into manhood. River is, however, his main character. The waterways and their denizens – flora and fauna – are described in such exemplary prose that comparison with Gibbings is inevitable. In my view the latter has the lighter touch and wanders off down periodic tributaries, often involving myth and legend, as his spirit moves him. Bates, equally as eloquent, is more organised and offers observations on contemporary issues such as killing otters for sport.

A product of Glasgow School of Art, Agnes Miller Parker (1895-1980) was described by me in my eponymous post of December 14th 2015 as ‘one of the best illustrators of her day’.

I trust her wood engravings will bear this out. The above illustration is the title page.

Here is the book jacket, still intact after not far off 100 years.

Because of the number of engravings in this volume I present here a first selection, 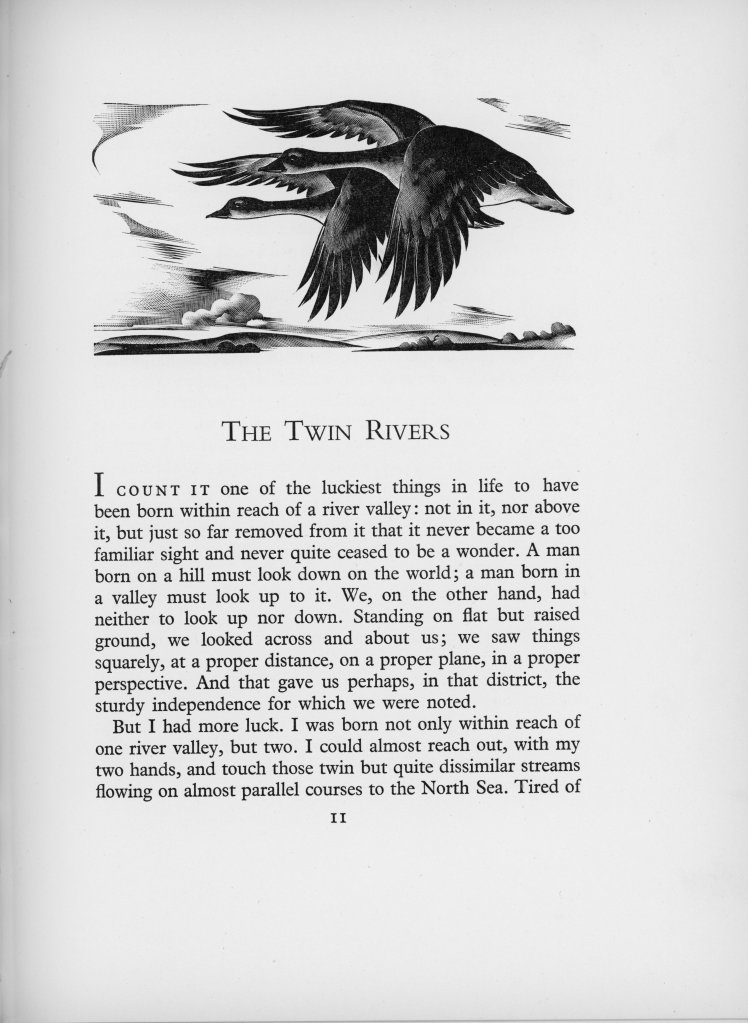 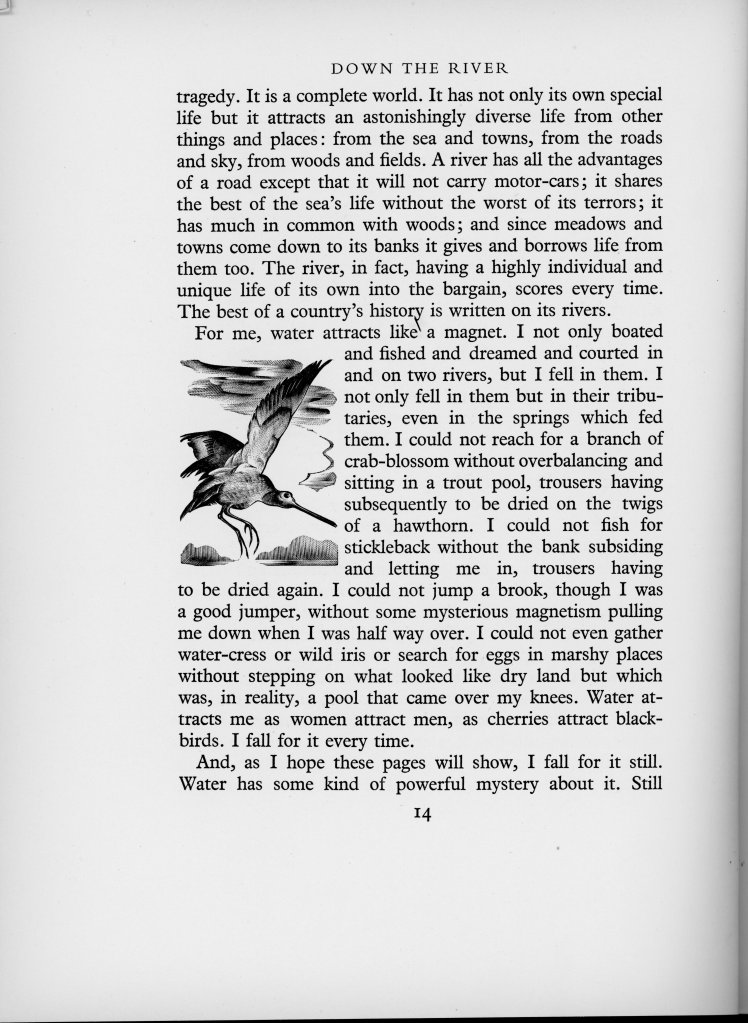 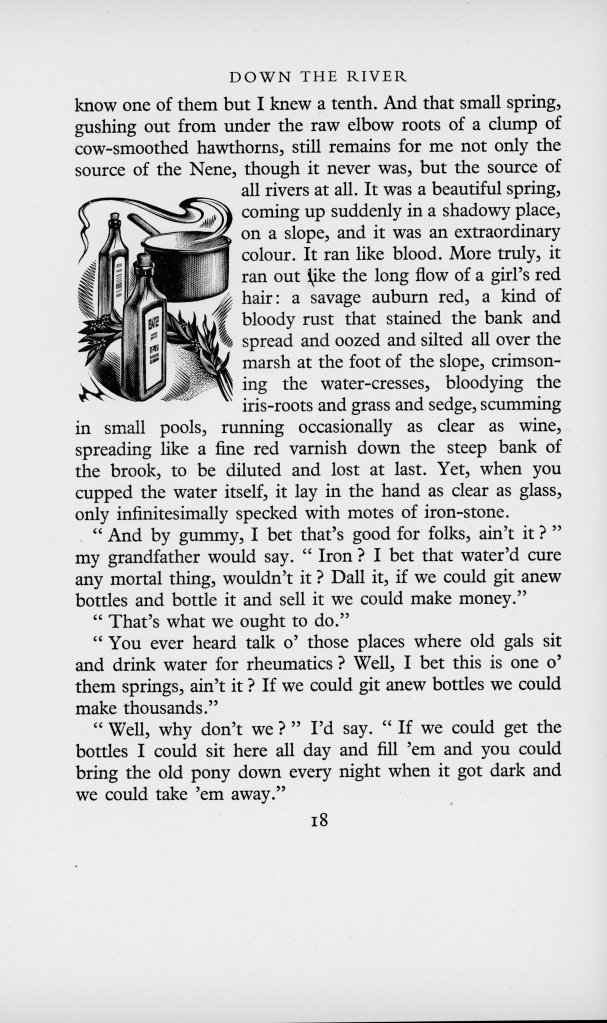 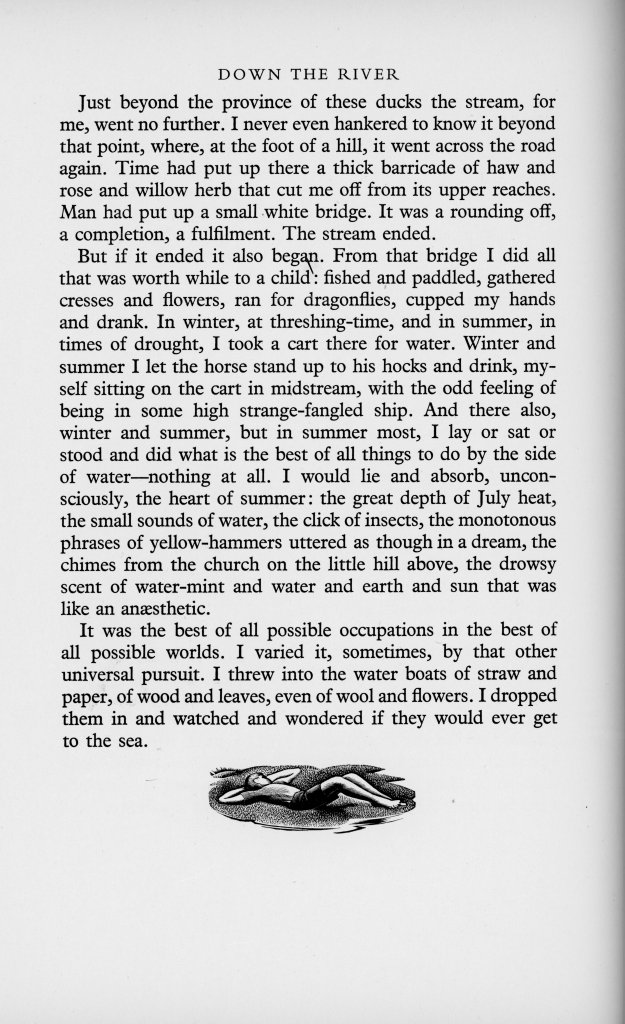 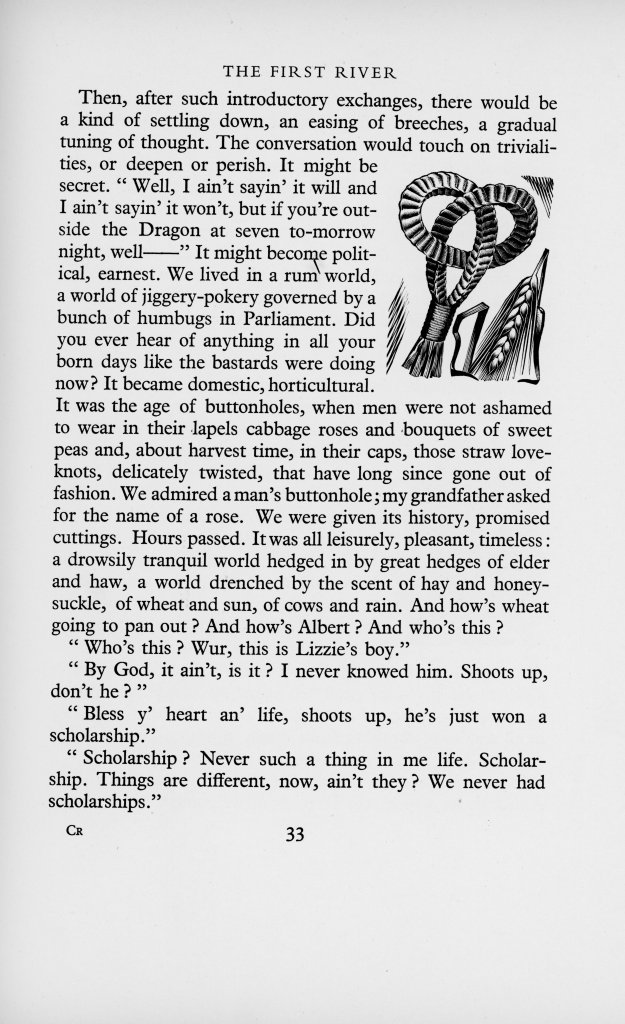 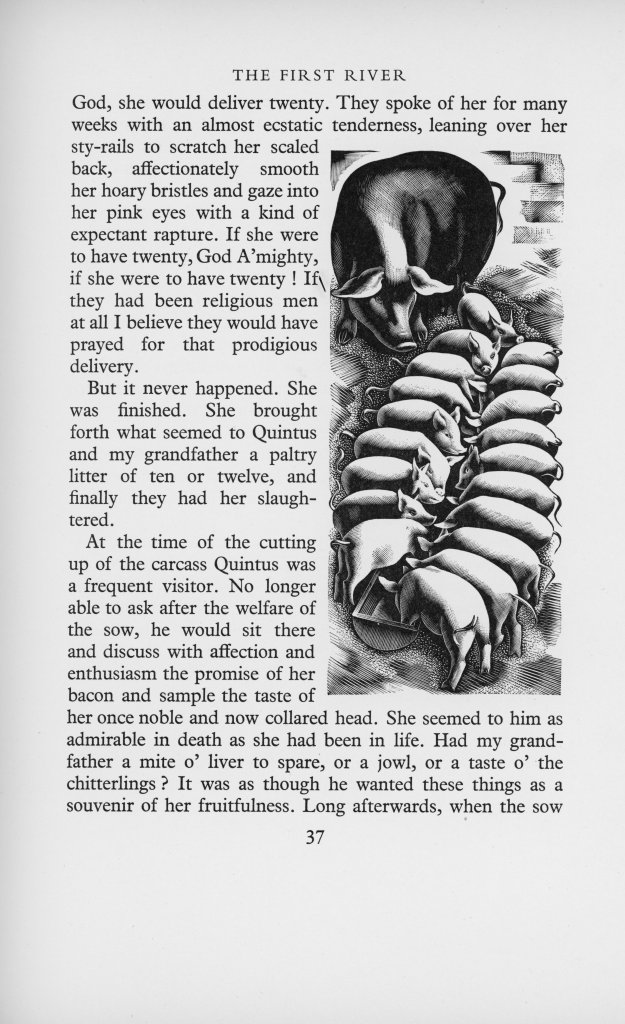 and will add a few more at intervals to my normal ramblings.

69 thoughts on “Down The River”