Those of you who have followed the movement of Jackie’s mice will be interested to learn that one has now left the windowsill and mounted our Easter decoration, no doubt hoping to feed on the eggs of varying sizes suspended from a painted twig Jackie has placed in Becky’s vase. 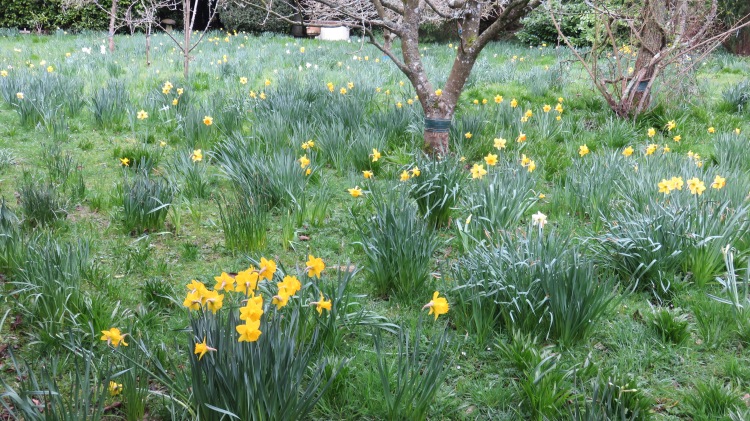 When their gardens are opened by members of the National Gardens Scheme, owners have to take a chance on the weather that will greet their published date. The gardens of Durmast House had the misfortune to be open on this wet, blustery day. Attendance had to have been most disappointing. Jackie drove us there.

It was easier to photograph scenes with no members of the public present than those containing a few stalwarts. The photograph of the bench was inspired by the work of WordPress blogger iosatel who would have produced an image in black and white.

The first couple I saw admired an impressive magnolia. 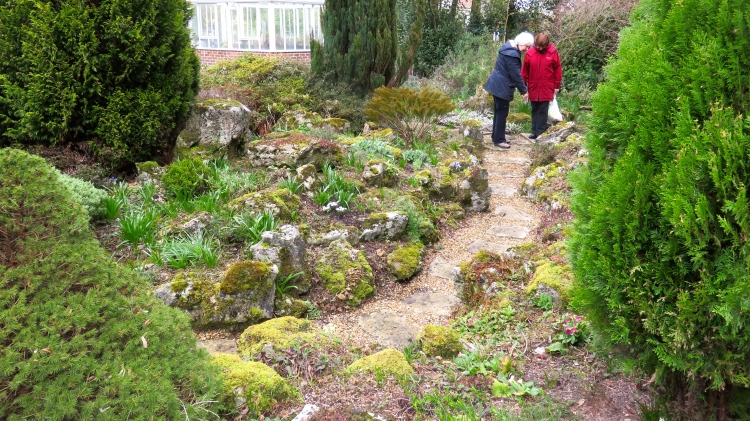 Others investigated the well stocked rockery.

I was a bit slow so Jackie waited for me for a while, seated on the rose garden bench. As it was a bit early for roses, those of the prim variety nestled underneath. 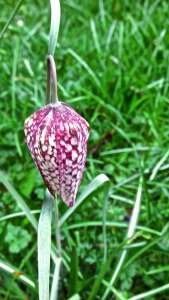 and a single fritillary made an early appearance. 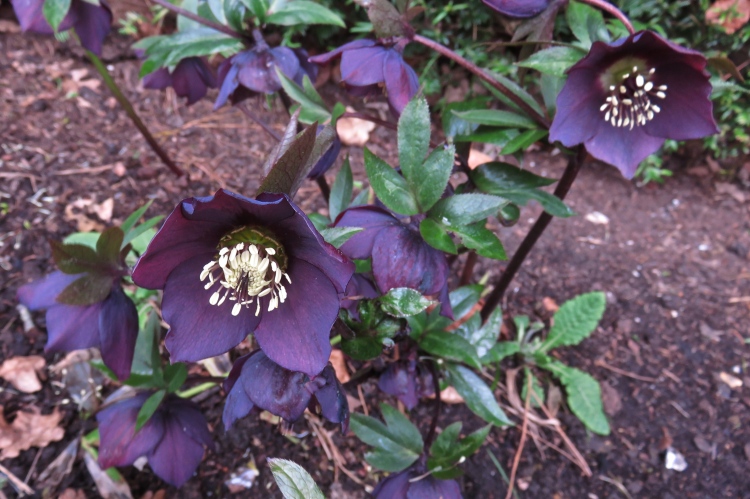 Just one of the wide selection of hellebores was not present in our own garden. 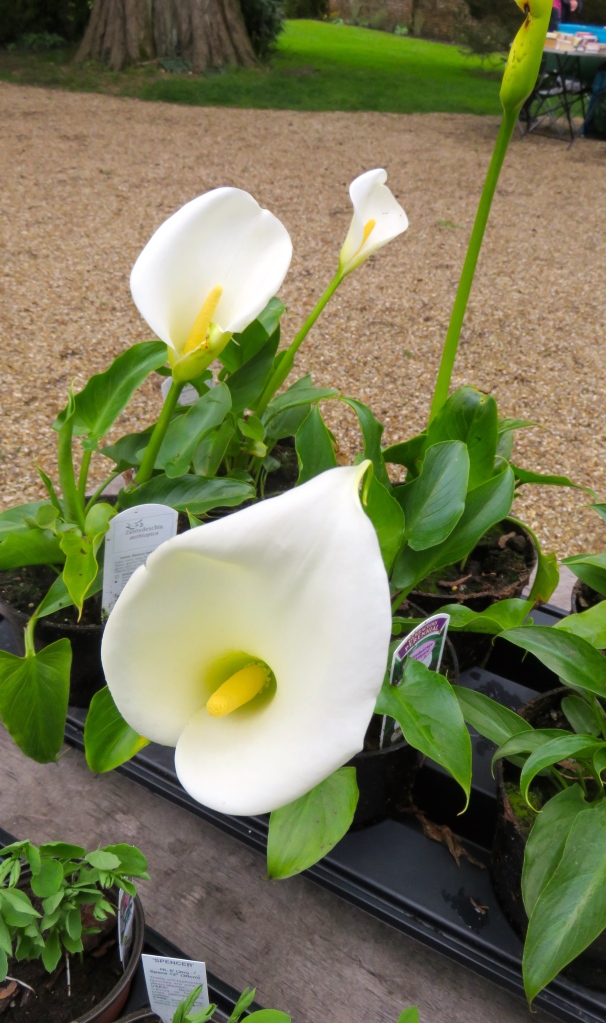 Whilst I chatted to one of the brave windswept women who managed the plants for sale stall she expressed wonder that her offerings, especially the arum lilies had remained still enough to be photographed. This required a bit of panning.

When the owners, Mr and Mrs Philip Daubeney  purchased Durmast House in 1991 the gardens were completely derelict and overgrown. The gardens had been designed by Gertrude Jekyll in 1907. Having acquired the plans from the University of California, Berkeley, the ongoing process of restoration was begun. Each year a new project is undertaken, using those plans, which involves considerable research as plant names have changed, some are only available from abroad, and others are not available at all. Careful substitution has then to be made.

This garden will again be open to the public in June. We will be back.

Jackie produced a wonderful liver casserole, mashed swede and potato, and crisp carrots and cabbage, followed by apricot and prune crumble and custard. I finished the Saint-Emilio and my lady abstained.