In suggesting the Japanese kawazu zakora as a possible identification for yesterday’s pink flowering cherry, arlingwoman said that her first thought had been kwanzan. We do, we then realised, have one of those. It was featured in ‘The Gate Of India’

Still fairly sluggish in the morning, I worked on Jackie’s garden plans.

No. That doesn’t mean I did any gardening. What the head gardener has produced is several lists and a chart. She likes to be able to check items off when she has carried out the essential tasks. For the time being, at least, she will be weeding alone, so this becomes more necessary. She wanted copies on which she can write her ticks. I scanned and printed some. The chart had been created by tracing Google’s satellite map. It is a bit rough because trees and brambles had obscured some of the detail when the spies in the sky photographed the plot. Jackie needed a larger version from which to make a more detailed drawing. I was able to do this on A3 plain paper that had been included in a pack of A3+ photographic paper that Paul Clarke had given me.

The Spanish omelette Jackie cooked for lunch cried out to be photographed. Who was I to ignore its plea.

After each consuming a portion of this, we spent quite some time watering tubs, pots, and newly bedded plants. This routine task would not normally warrant mention, but, unusually for April, it has become a daily necessity. Later, Jackie planted some new shrubs where the log pile had been, and we watered those in. 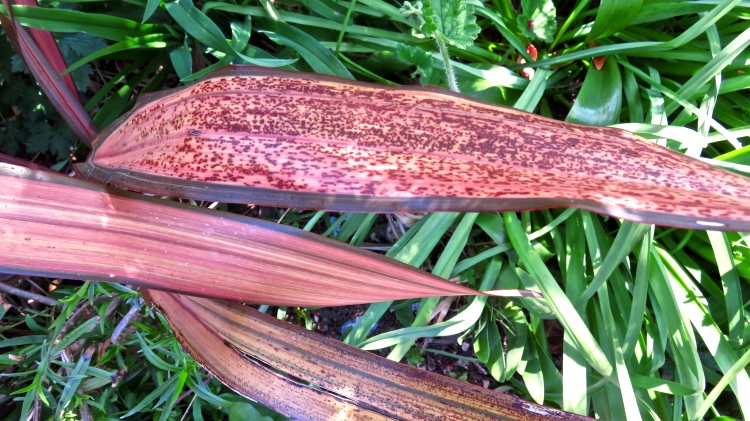 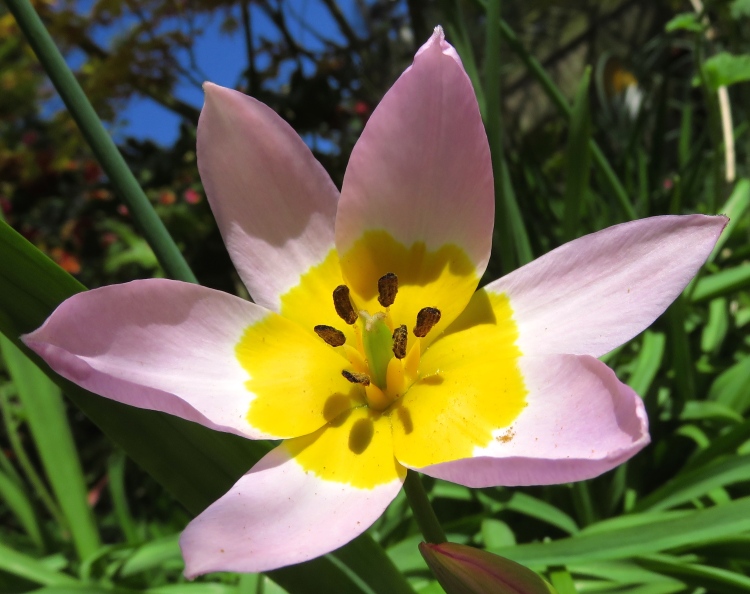 Japan is not the only country from which originated many of the plants that came with the house. Among other immigrants are the New Zealand flax, a plant grown for the colourful, speckled, sculptural, quality of its leaves; and the tulipa saxatalis, a very hardy variety of tulip from the mountains of central Asia. I was particularly pleased to get this shot because, like equally tough Shetland ponies, they stand on very short stems, so I had to extend in a downward direction my one good arm and press the shutter whilst unable to see what I had in the screen. Fortunately I am right handed. However, the dodgy knee is on that side, which makes bending it an operation I wasn’t prepared to embark upon. I captured a number of images suffering from the problems of parallax, before securing this one. 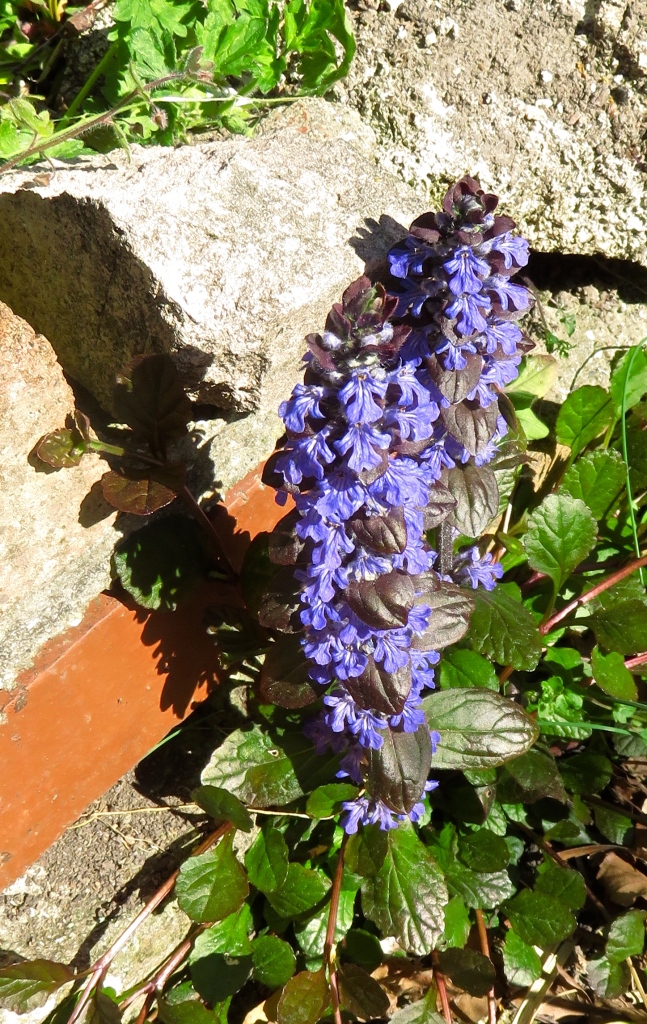 Even our ajugas could have been native to Australia, or parts of Europe, although I’m not sure about that.

Jackie was required to cut up my share of the spicy pizza we enjoyed with various salads for our dinner, She was, however, unable to assist me in retrieving a piece of the chocolate meringue that I had allowed to topple over the edge of my dish onto the table. This is because she was helpless with laughter as she watched me chase it around the cloth with a spoon. She drank her customary Hoegaarden, and I drank Doom Bar.