Jackie, having kept me supplied with plenty of food, drove off this morning for her annual three day holiday with her two sisters.

The griselinia hedge between us and the corner bungalow has begun to push Jackie’s spring planting across the back drive in search of light. After today’s earlier rain, I decided to give the trees a good clipping. This also meant tackling stubborn brambles and ivy infiltrating from the neighbouring garden. The brambles got their own back with thorns, the ivy with stubbornness, and the griselinia with drips.

Every so often we need to remind ourselves what each area looked like two years ago.

This was the back drive then. Jackie is at the far end.

This is as it is today. To the left lies fencing that Aaron and Robin are working on. To the right the griselinia clippings have spilled over the orange bags. A dump trip or two will be required on the Driver’s return. 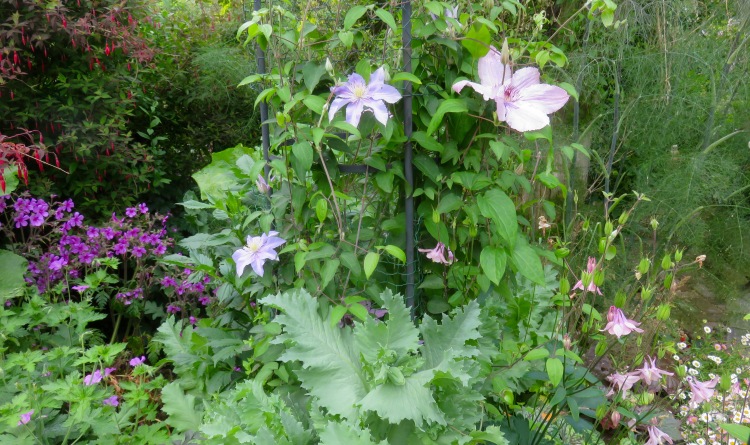 The New Bed which lies on the former compost heap at the corner of this drive contains, among other plants, two clematises, aquilegias, geranium palmatums, erigeron, poppies, and dahlias on their way up. The fuchsia is in fact behind it. 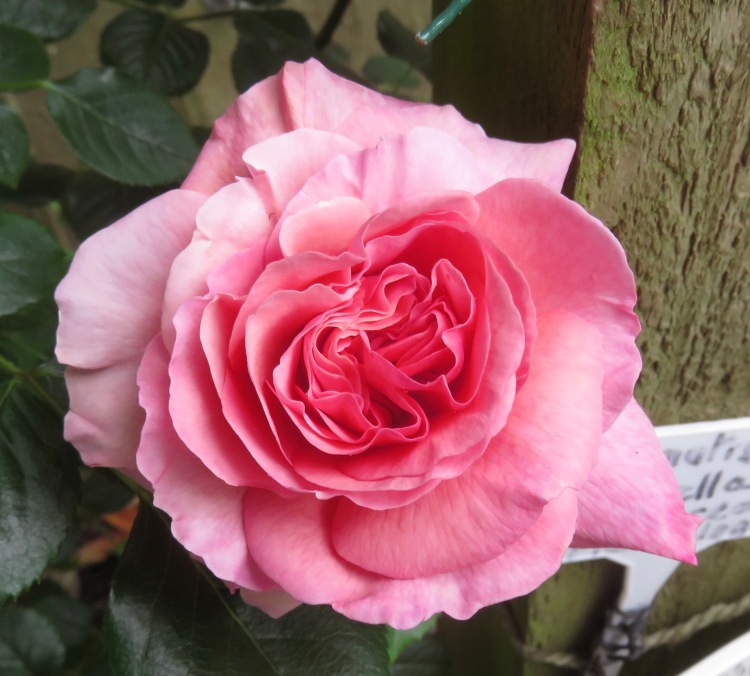 In the rose garden, Aloha, which was rather poorly until The Head Gardener set about feeding and nurturing it, is now doing well.

As the sun emerged later in the day, they bees came out in force. 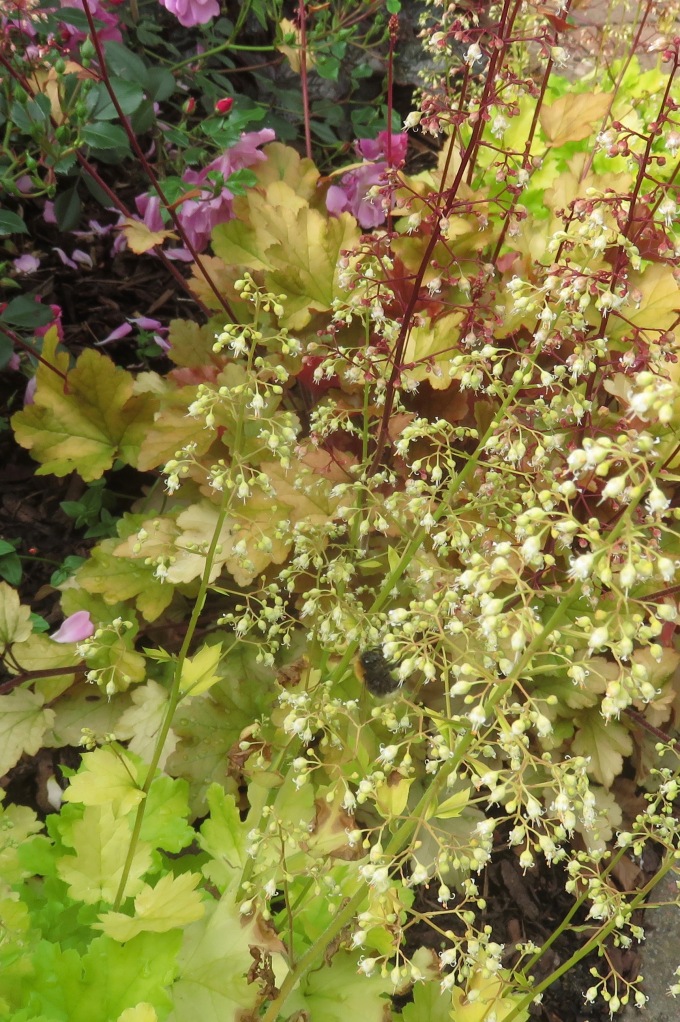 They flitted about among the yellow heucheras, taking the nectar on the wing.

On the also yellow Bottle Brush plant, they did have time to stop and burrow.

A second clematis has now bloomed on the gazebo.

I dined on Jackie’s luscious sausage casserole and mashed potato, followed by her delicious rice pudding. Doom Bar was my beverage.

78 thoughts on “Taking On The Hedge”