CLICK ON IMAGES TO ENLARGE THEM. REPEAT IF REQUIRED

This morning I dead-headed 24 prolific rose bushes. That was quite a lot of faded blooms. All my life I have understood the preferred method to be to snip off the used stem above the next join. Now, The Head Gardener informs me that current thinking is to break off the spent flower at its base, and leave it at that. Despite the convenient length of my thumbnails, I have had difficulty in doing this without peeling off a bit of the remaining stem. I have therefore cheated somewhat with secateurs.

opposite Crown Princess Margareta. Being seated between these two most fragrant ladies is a pleasure, indeed.

I did not neglect the front garden, where a clematis is now joining the pink climbing roses.

After this I dealt with some financial correspondence and posted my replies.

Then came a scanning session of a dozen more of my Streets of London colour slides from May 2004.

The grey haired man in Harlesden High Street has to negotiate his way between the ladder  outside the boutique and the young man’s backpack. You don’t leave anything unattended in such an area without chaining it down. It was fairly optimistic hoping that the traffic cone would keep a parking space open. Note the graffiti and the To Let board, of which there is always a wide selection.

Honeywood Road’s Dunning’s Bar is not the only Irish establishment we will encounter on this ramble. Maybe some of my readers will be able to translate the Guinness advertisement. If there was once a lovely wood on this site, it is long gone. ‘Toilets are for patrons only’ is a common plea of landlords. 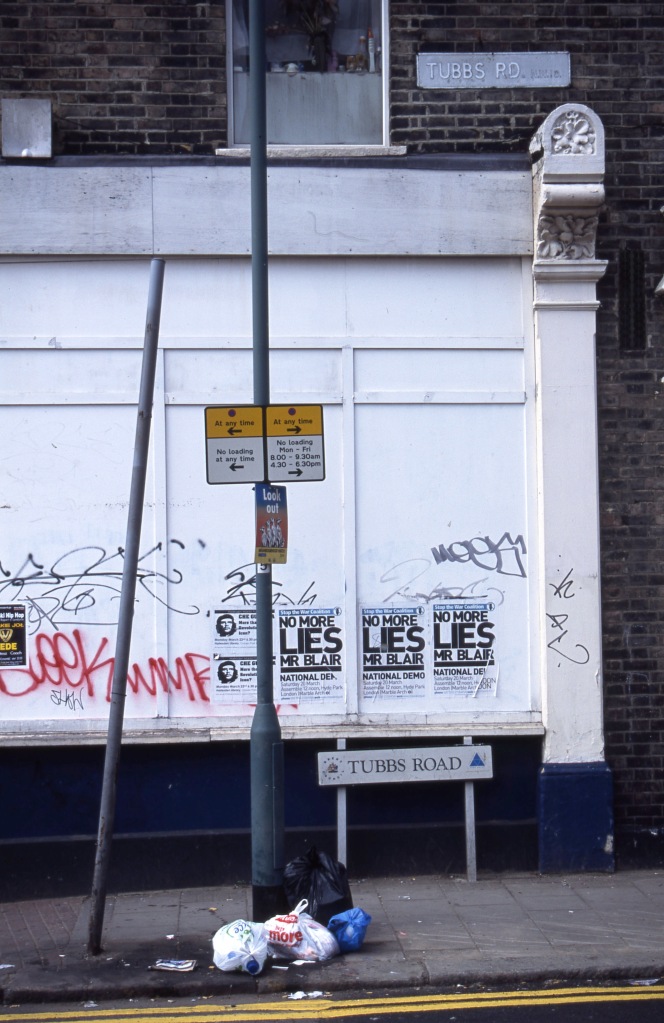 Tubbs Road has its share of graffiti and dumped rubbish. Even before we learned that there were no weapons of mass destruction ready to be unleashed on the Western world within 45 minutes, there were many disinclined to believe Mr Blair; and I suppose Che Guavara’s image will never leave our streets.

Just around the corner is Willesden Junction Station, Station Approach road. There is something incongruous about an advertisement for The Economist perched upon a wall covered in graffiti. The name of the company, JCDecaux, who installed it has remained intact. Perhaps the can-wielding scribblers thought that was also a graffito.

At that time Pancras Road was very difficult for anyone, let alone a pedestrian, to negotiate. The splendid refurbishment of St Pancras Station and the King’s Cross redevelopment was well under way.

A little further into N1 we come to Highbury Station Road, its wall being decorated with the now familiar sprayed scrawl. The Barracuda Pub’s Cock may have been Famous, but Google tells us that the chain is no more.

I often wonder how graffiti merchants manage to place their messages high up on buildings, but here, in Highbury Place, a convenient fire escape provides a route. Torn posters are all the rage. Chaining bicycles to railings really is asking for trouble. 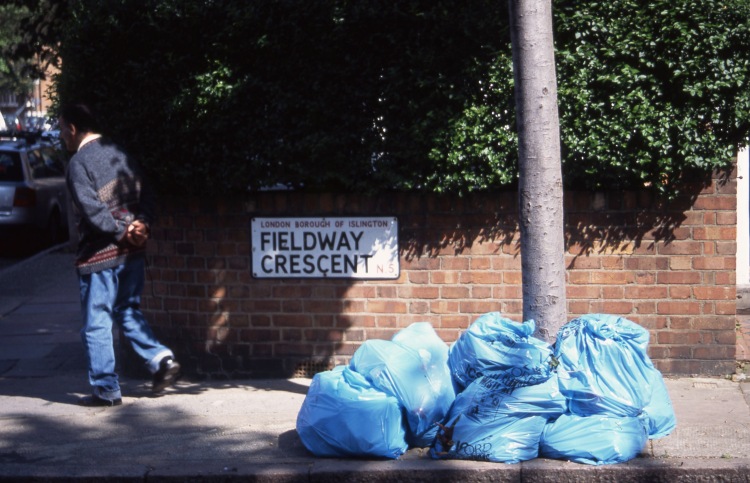 I do hope this was refuse collection day in Islington’s Fieldway Crescent. 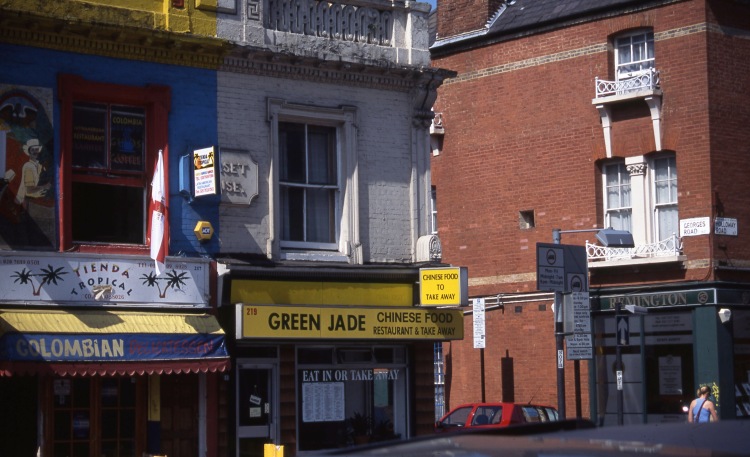 Columbian and Chinese establishments in Holloway Road indicate the multicultural nature of this area of North London. Remington on the corner of George’s Road bears the yellow graffiti. 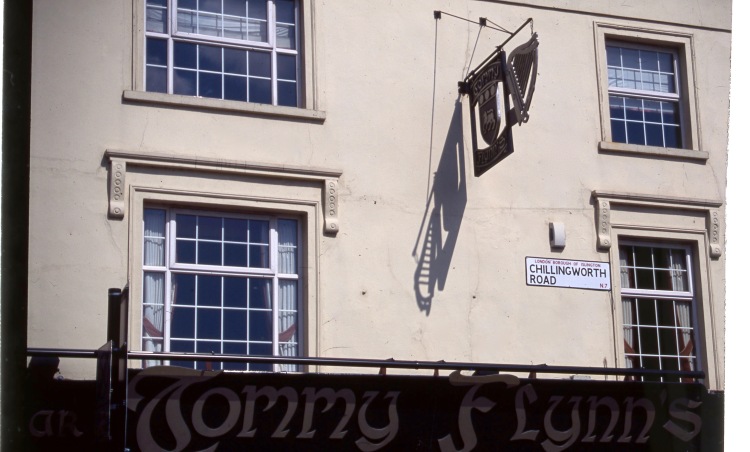 Tommy Flynn’s in Chillingworth Road is another Irish pub. 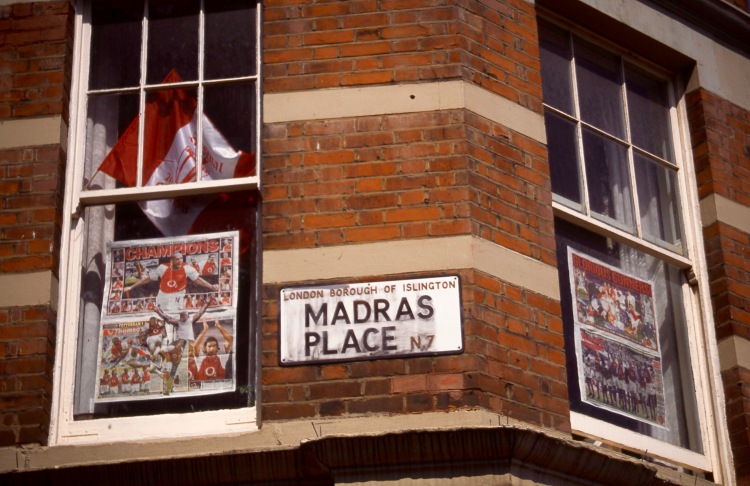 I do believe Arsenal must have won the football championship in 2004. Madras Place, of course, is one both the many London streets named from our colonial past.

These establishments on Drayton Park have not escaped the spray can. There is always a crane in operation somewhere in our capital.