We have a number of hanging baskets around the kitchen doors. 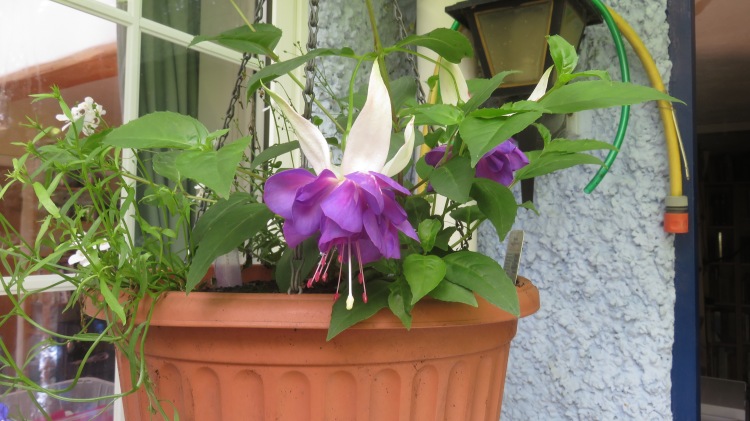 This one contains fuchsia Blue Angel; 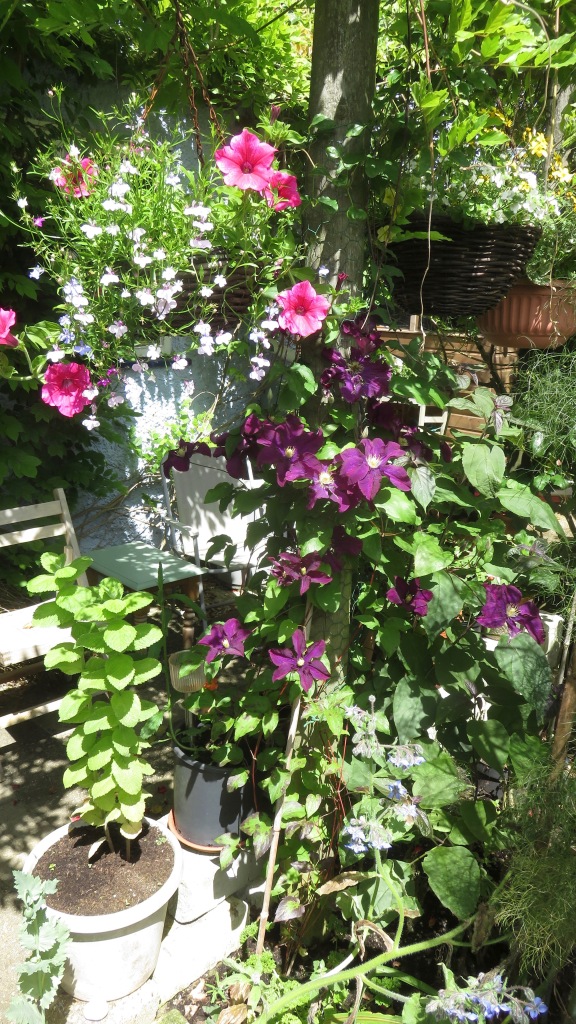 here clematis Warsaw Nike, from its pot clambers up to another containing petunias and lobelia. The white pot contains apple mint, and borage occupies the bed. 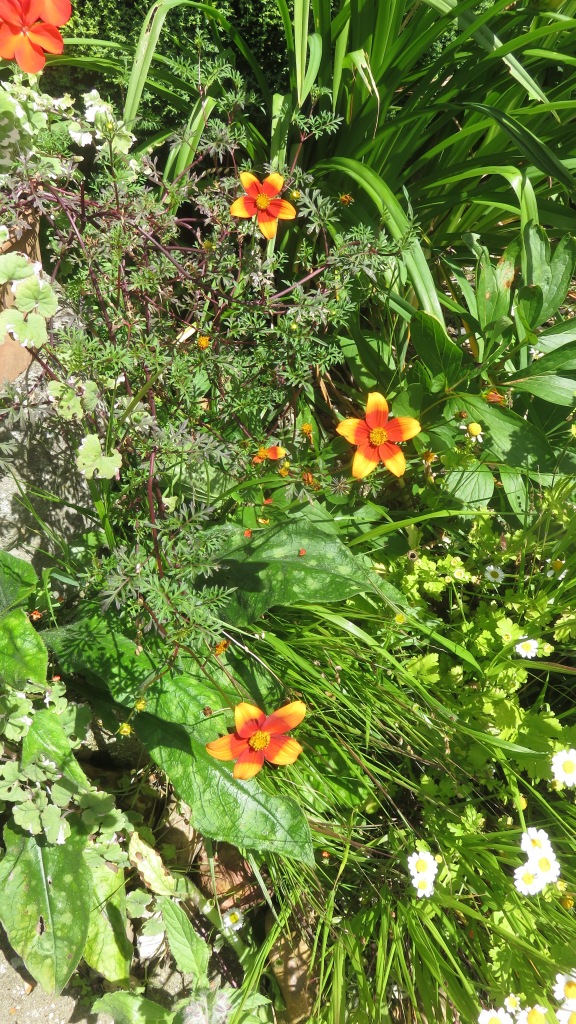 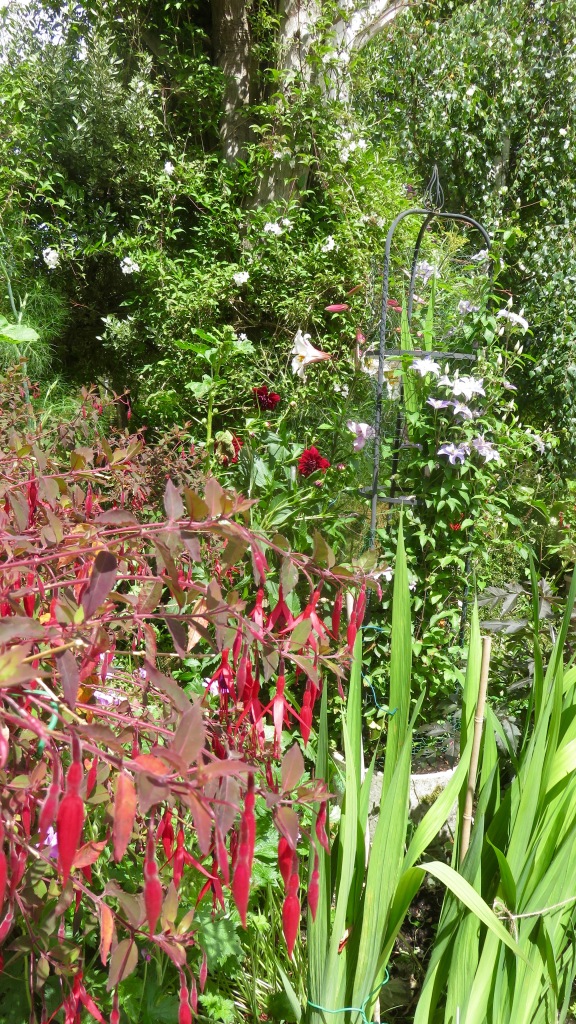 The New Bed is now taking on its summer garb. Fuchsia, dahlias, lilies, clematises, and solanum are all in evidence.

As it is my birthday today, I received a lot of messages. Some of these were texts. For the last couple of months anyone trying to phone me on the mobile when I am at home has not been able to receive a reply and has been sent straight to voicemail. I have then received a text saying I have a voice message which I have not been able to access.

I have refrained from boring readers with this, but today I decided to visit O2 in Christchurch in an attempt to resolve the issue. The problem seemed to have been a faulty SIM card. This was changed, and hopefully things will have improved.

While the O2 man was fetching the new card I reflected on another birthday when I could receive no signal on the mobile phone. This was the day of the London Underground suicide bombs. I is hard to believe that was 11 years ago.

This afternoon we enjoyed, within minutes of each other, visits from Helen and from Shelly and Ron They came bearing gifts. Including Bill, each couple had brought a birthday card and presents of wine and a book, and we drank sparkling squashes on the hand-made garden chairs, of which we now have four, and one, otherwise relegated, perfectly serviceable in black plastic.

An additional gift from Helen and Bill was an intriguing bookmark, made of cork, that they had brought back from Portugal.

Ian and Becky’s present to me was a meal for the four of us at Lal Quilla. This was great fun, particularly as the staff entered so well into the spirit of the occasion. My choice of a main meal was Purple Tiger (a king prawn dish) and special fried rice. We shared onion bahjis, parka dahl, and an egg paratha. Becky drank red wine and the rest of us drank Kingfisher. 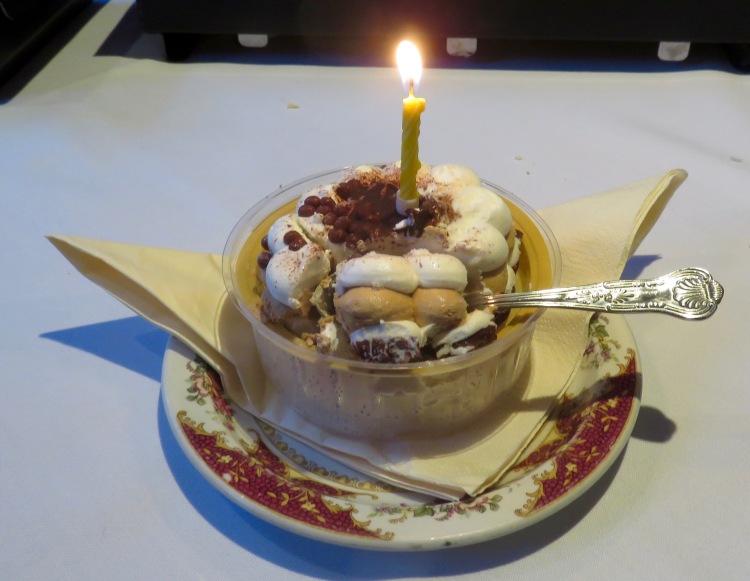 At the end the head waiter sang happy birthday and brought me a ‘cake’.