This morning, like the curate’s egg, was “good in parts”. 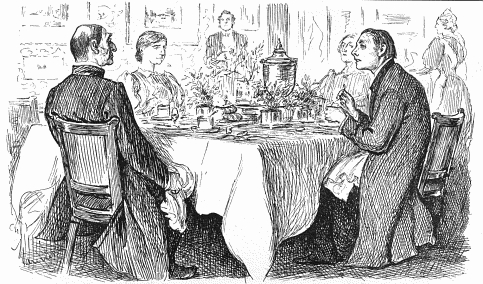 Bishop: “I’m afraid you’ve got a bad egg, Mr Jones”; Curate: “Oh, no, my Lord, I assure you that parts of it are excellent!” “True Humility” by George du Maurier, originally published in Punch, 9 November 1895. A “curate’s egg” describes something that is mostly or partly bad, but partly good. (From Wikipedia).
First, Baz (Barrie) and Owen, chimney sweeps came to discuss our plans for the fireplace and to offer suggestions. They will come again to start work in a couple of days.  That was good.
Then we drove to New Milton for a visit to the bank. That was good.
The next trip was to Gordleton Barn to investigate fireplaces. There is only one day of the week that this architectural salvage outlet is closed. It is today, Tuesday. That was bad.

On we travelled to Streets Ironmongers in Brockenhurst to collect the house name commissioned on our last visit. That was good. 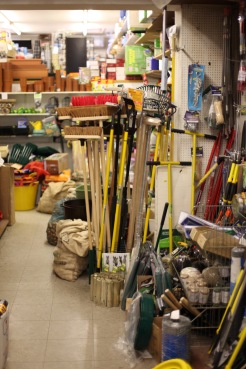 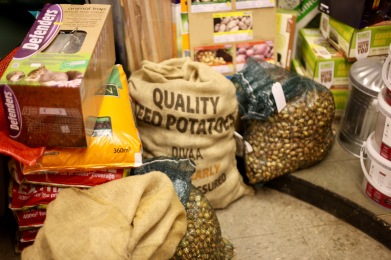 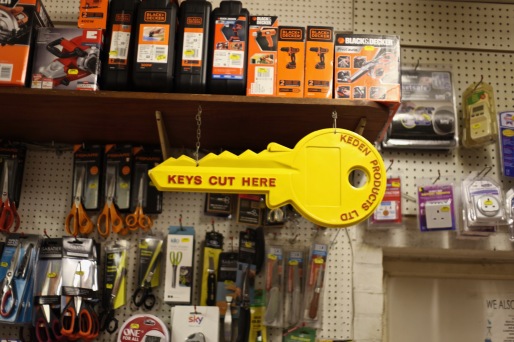 From the vast variety of superbly organised floor to ceiling stock, we also bought a shoe horn, an adhesive hook, and a couple of food covers. I will let the photographs speak for the contents. I could probably spend a fortnight here without repeating myself. On leaving the shop Jackie voiced the opinion that “There’s nothing they haven’t got”. 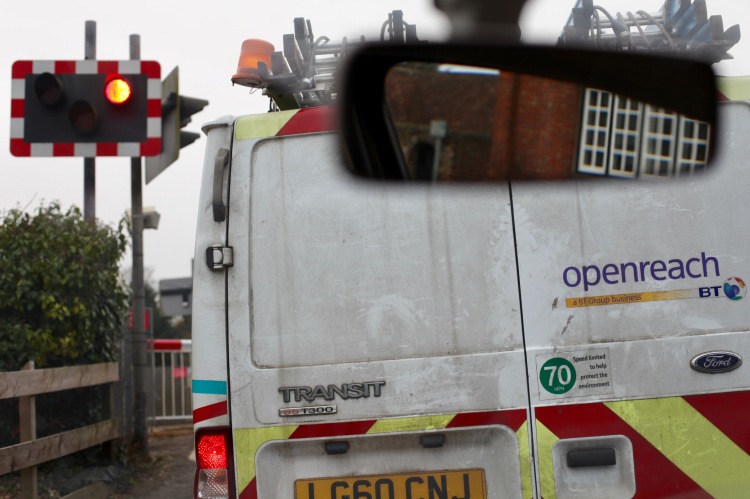 Since it is impossible to drive around The New Forest without coming across at least one Openreach van, it was hardly surprising to be following one waiting for the level crossing gates to open. That, for someone, was bad.
On our return we tackled the septic tank pipeline blockage once more. Determining to blast the manhole with water, we filled the relevant bath and as many cans and buckets of water as Jackie could lay her hands on. 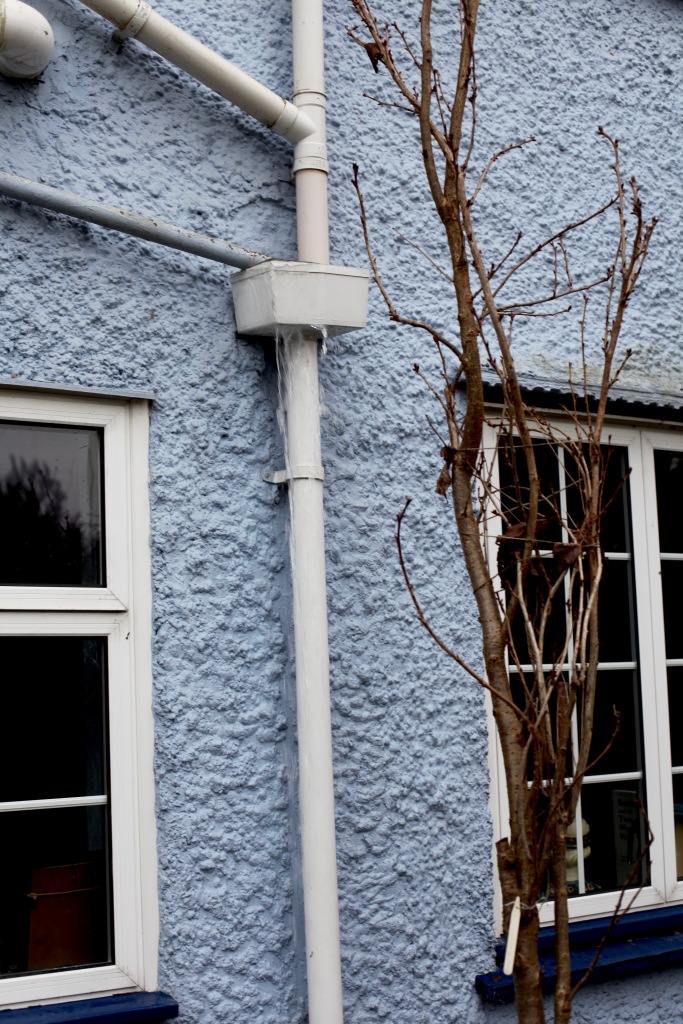 Very soon after we unplugged the bath the hopper below overflowed, pouring its contents around the base of the house.
I then climbed our stepladder, expecting to find the container full of leaves. It was as clean as a whistle. Obviously the flow from the bath was too fast for it to cope with. When It had finally emptied we emptied most of the cans into the hole then went in for lunch. That was bad.
After lunch Jackie tipped out the last few buckets, replaced the manhole cover, and returned to the sitting room where we stopped thinking about it.
This evening we visited Mr Chan at Hordle Chinese Take Away for his usual excellent fare. I finished the Cabernet Sauvignon.

34 thoughts on ““There’s Nothing They Haven’t Got””