Today was sunny and crisp, with a chill wind and blue skies. This morning we took a drive up to the north of the forest. 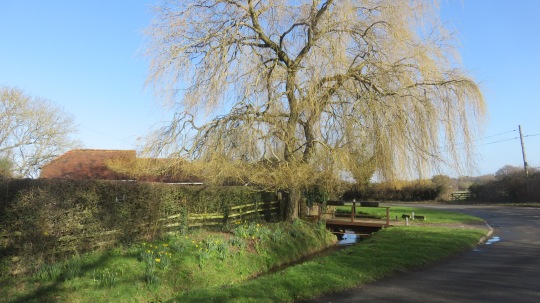 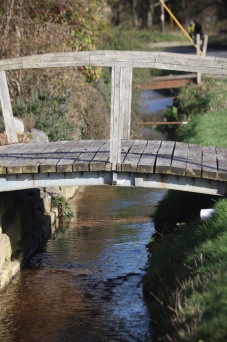 Ditches and streams run alongside many lanes in the New Forest. People dwelling on Crow Lane, just beyond Ringwood, access their homes by means of bridges across clear running water.

Further on, at Linwood, we were attracted by the rather splendid houses near the lake. This gabled rooftop presents a pleasing example. 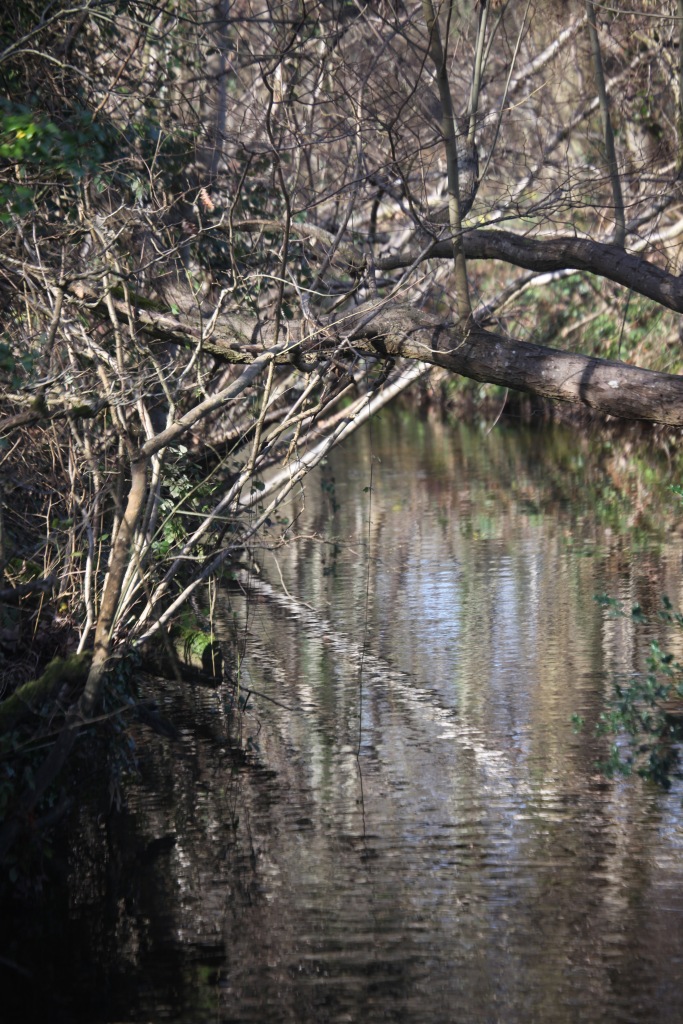 The stream continues here, and 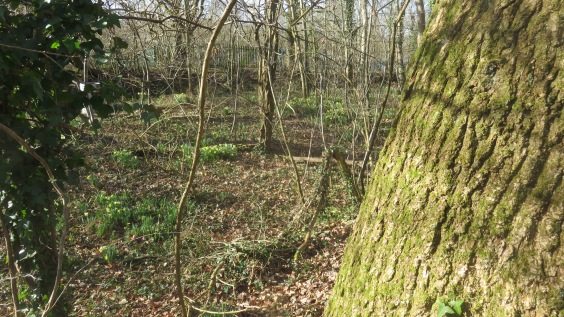 ‘golden daffodils’, like Wordsworth’s ‘host’, ‘beside the lake, beneath the trees’ were ‘fluttering and dancing in the breeze’.

Even here, people dump rubbish. I didn’t investigate what I took to be a discarded dog poop bag. 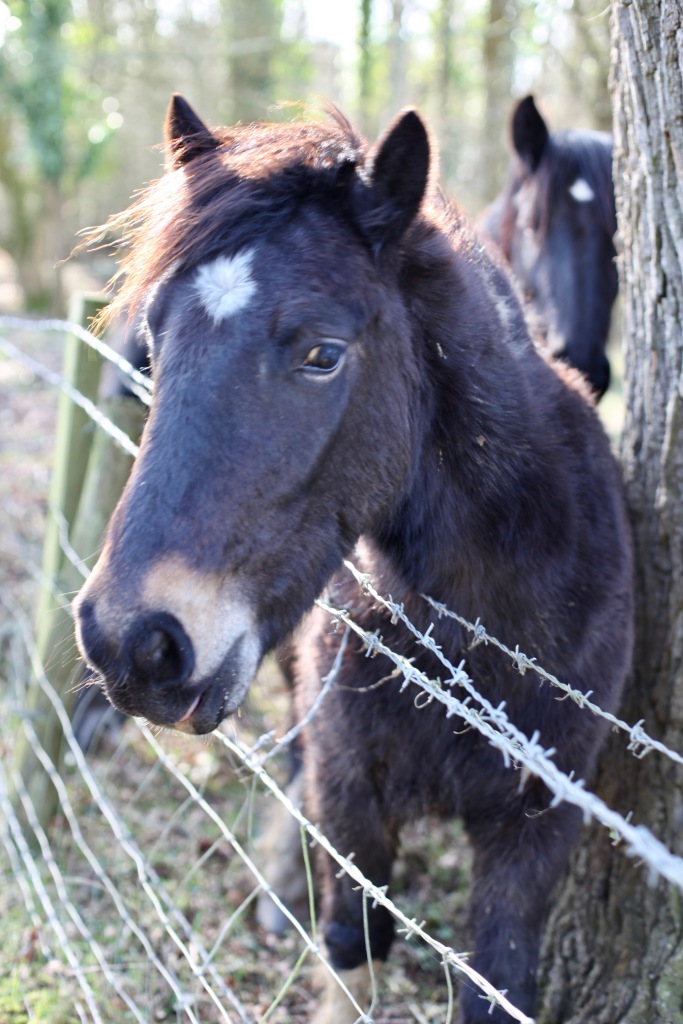 On the approach to North Gorley we stopped to admire three ponies backlit by the morning sun. I could not photograph the scene because, as so often, forcing themselves between a tree and barbed wire, the animals assailed me with curiosity. 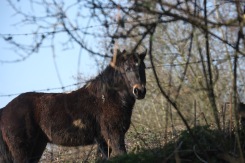 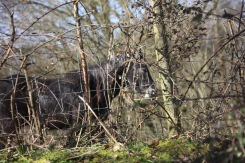 They then tracked us along the lane. Or were we tracking them?.

We stopped to take in the picture of ponies mowing the lawn outside a thatched cottage at Furze Hill.

Inevitably, one of the horses kept us stopped, as it crossed the road,

ambling through the trees,

to take a drink at a stream, and 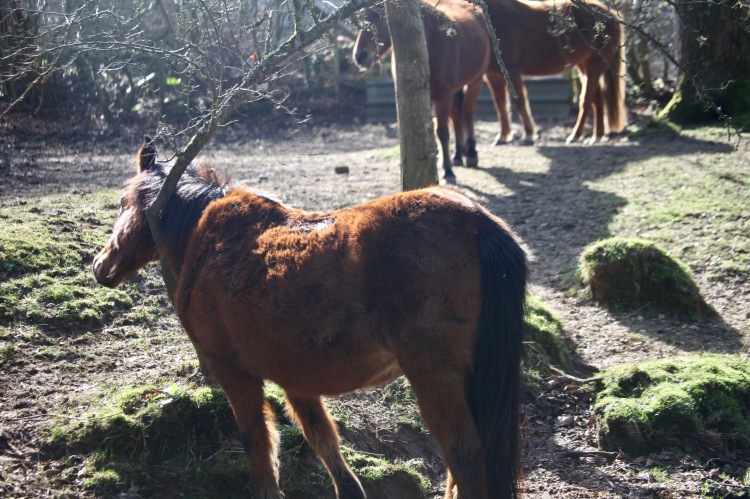 have a good scratch against a flexible young tree,

where it was joined by its companions, who all took their turn. 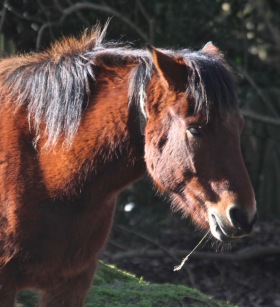 One of these emulated Mark Williams’s Jesse from The Fast show,

a T.V. series in which the classic country yokel would emerge from his shed and announce what, that week, he had ‘been mostly eating’. The traditional yokel always chewed a straw. 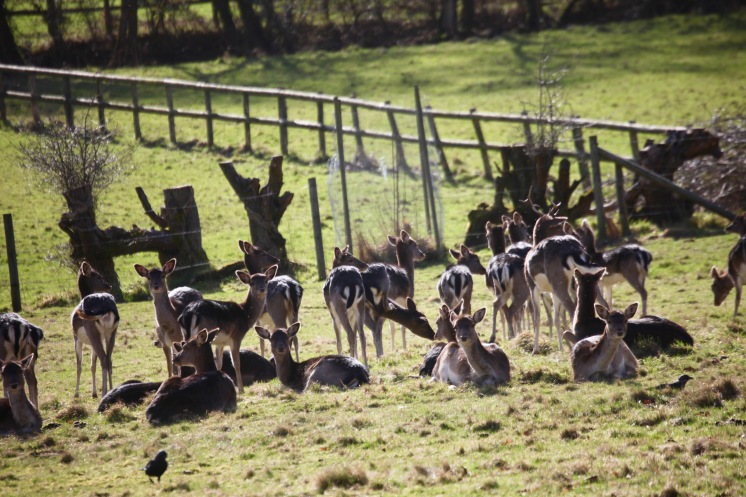 From the top of Furze Hill we looked down on a herd of basking deer. Protected by a single stag and the antlered silhouettes of lopped trees behind them, they were simply curious until another passing car brought them to their cloven hooves. Large black birds always seem to surround basking ungulates.

This evening we dined on minced beef pie; mashed potato and swede; boiled cauliflower; and carrots, onions, and leeks with garlic. Jackie drank Hoegaarden and I finished the merlot.

70 thoughts on “The Classic Country Yokel”