We have several sparrows’ nests in the garden. They, along with various other small birds, take their ablutions in the Waterboy’s pool, as they did this morning.

Sometimes they await their turn for a dip on the little lad’s head, flying off after they are done. 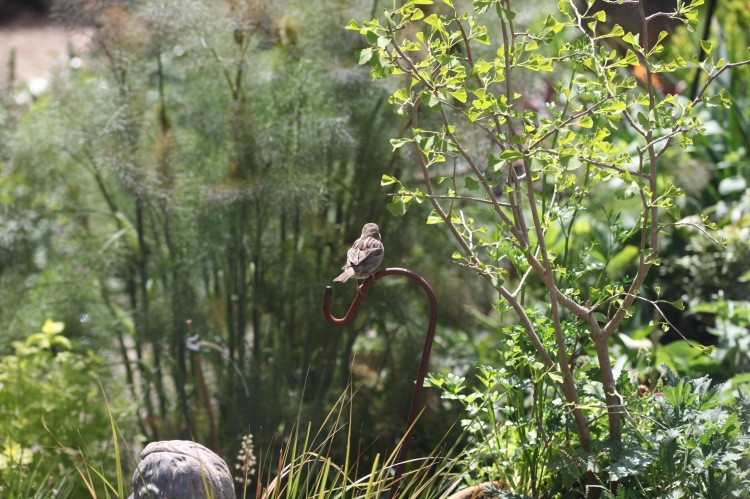 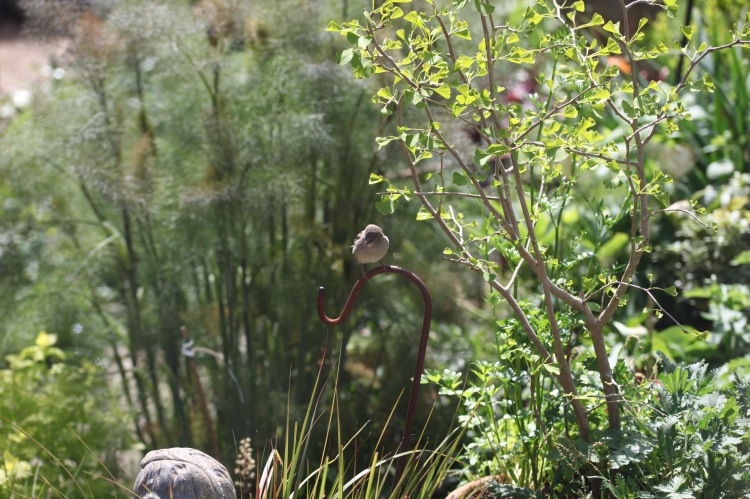 Other perches also come in useful.

I carried out an administrative task in relation to our friend Wolf’s executorship, after which Jackie drove me to the Hordle Post Office.

We were narrowly beaten to Hordle Lane by a crane transporter. This held us up somewhat, 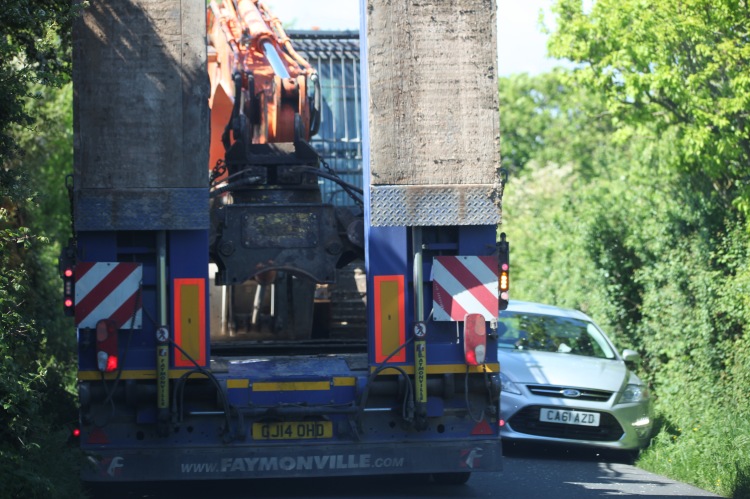 since it took up most of the tarmac, and anyone coming from the other side of the road had to risk driving into the ditch.

There were quite a few of these because it was school run time.

After I had eventually posted some missives, we travelled on to Brockenhurst via Mount Pleasant Lane which rather lived up to its name.

At Highland Water a heron strode purposefully along the shallow stream, 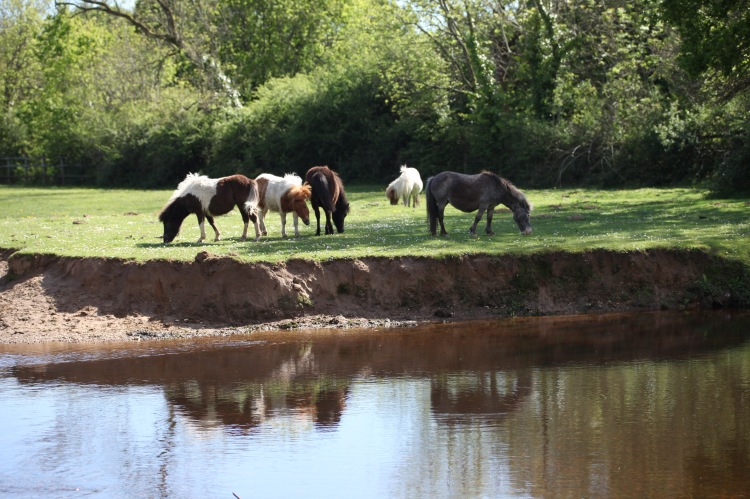 on the other side of which a group of small ponies mowed the lawns.

One of their number had remained on our side and attached itself to a small family. 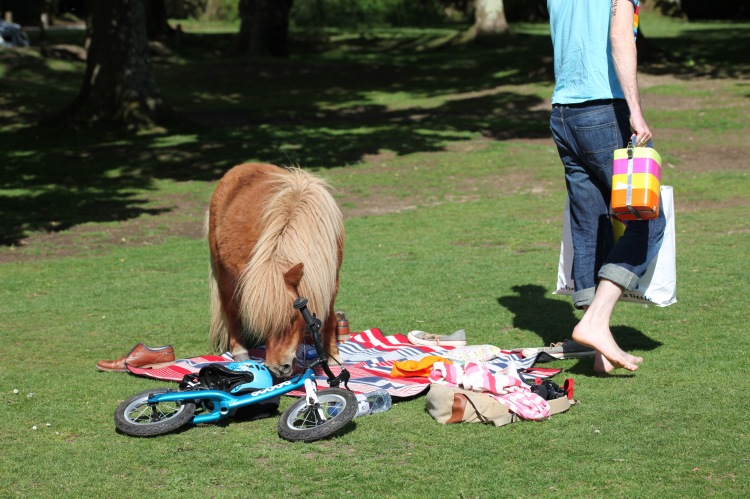 The father collected up the picnic and took it to a safer place, 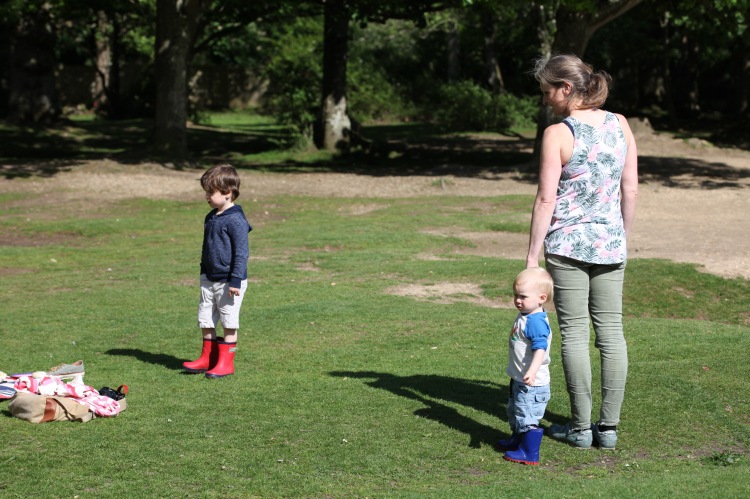 while the boys watched with some consternation the pony snuffling the bicycle.

and hoof, the animal sought to relieve its itching,

reporting progress to the mother and her younger son 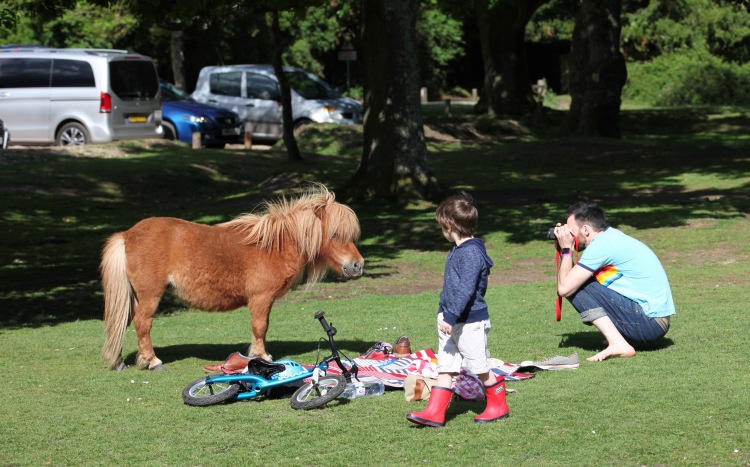 as the father crouched down with his camera.

While other photographers thronged to the scene the model began smiling for the cameras.

This evening we dined on Jackie’s superb lamb jalfrezi, her rice with peas, and her sag ponir, with which we both drank Kingfisher.

46 thoughts on “Smiling For The Cameras”