Another wet day was spent distilling these last few scans from 120 more colour negatives from Michael and Heidi’s wedding reception of 5th October 1991. 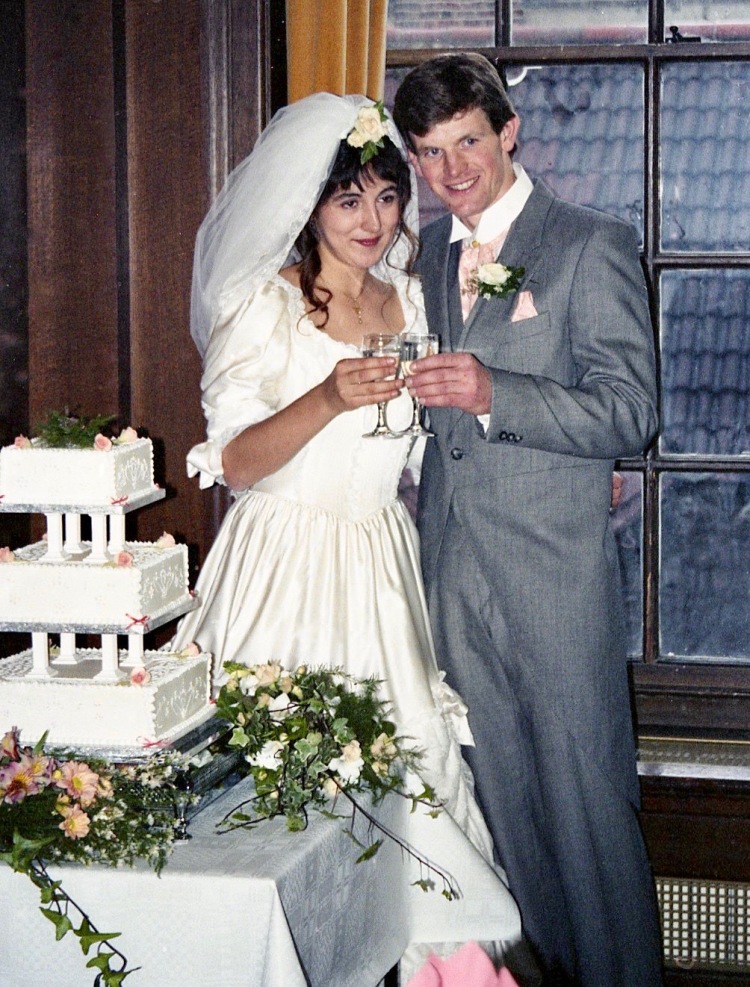 Here they are toasting each other before cutting the cake.

James and Che were often in the frame.

Rob, my former brother-in-law, I thought, belonged in a Film Noir masterpiece. 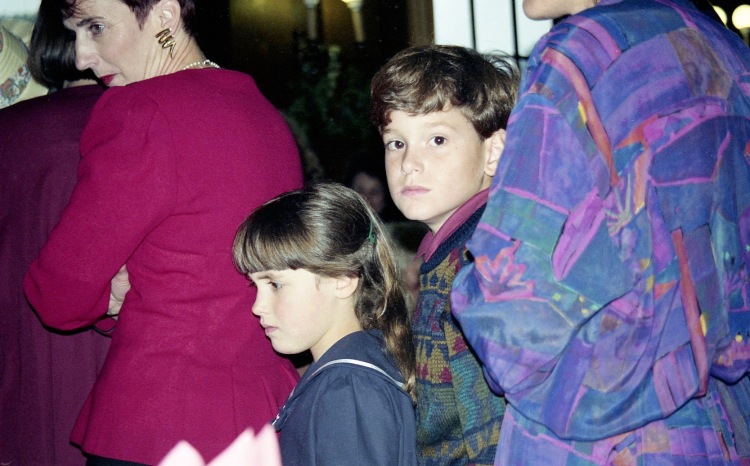 Adam and Danni, his children, are framed by ruby-clad sister-in-law Frances and their mother’s colourful dress. 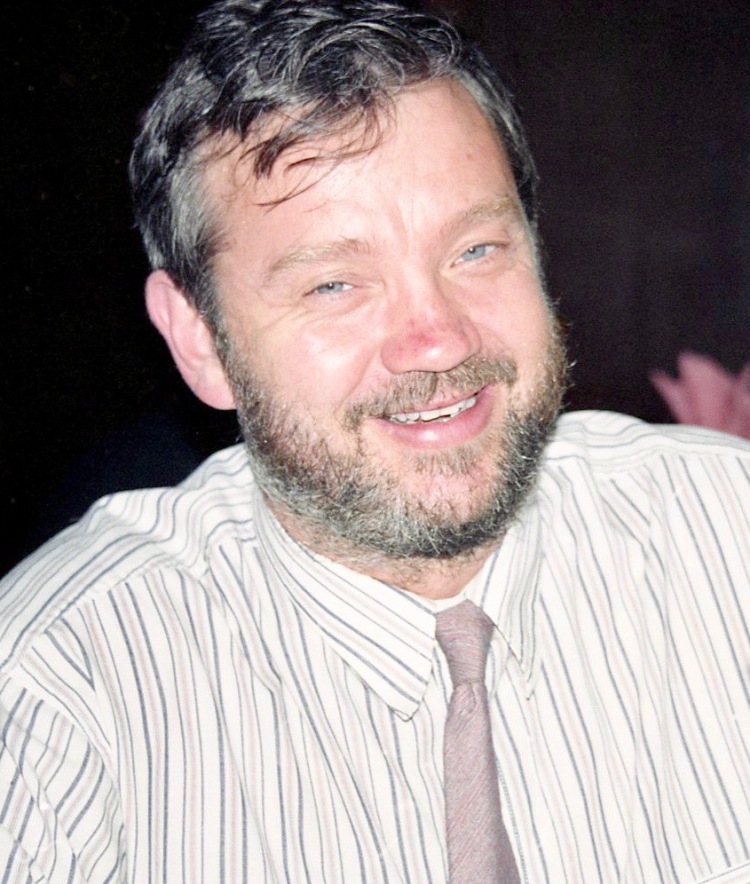 Wolf was looking his usual dapper self. 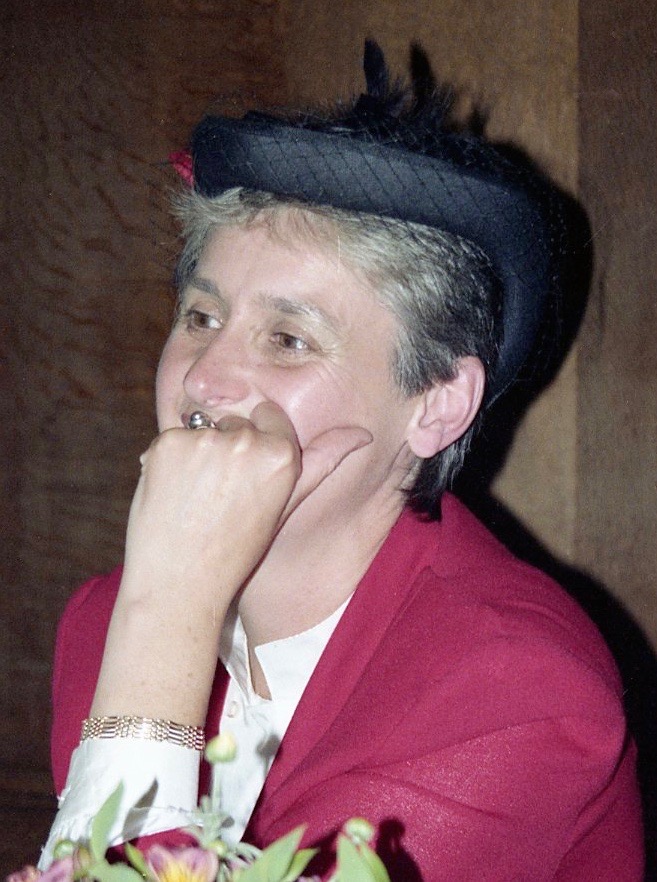 her eldest being James, who, once more appears with Che,

who was a great draw for Louisa and Danni who, I am sure, willed him awake. 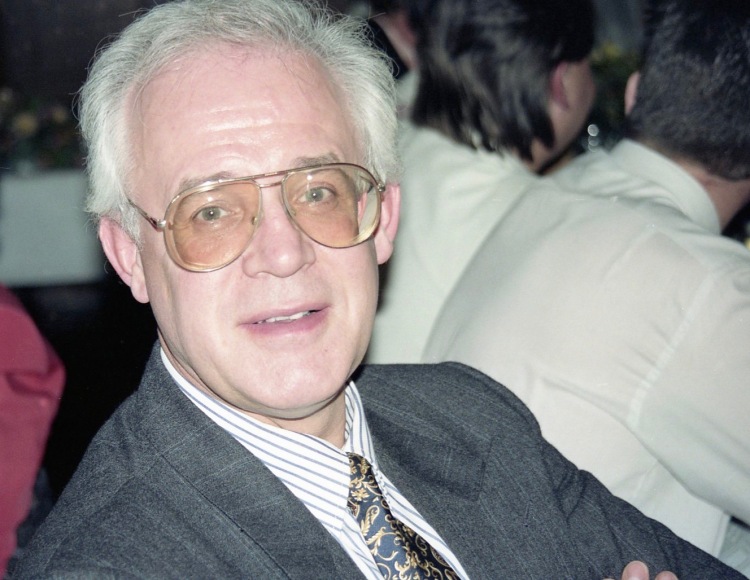 and my niece, Fiona,

were all candidates for the culprit who temporarily relieved me of my camera. Well, they were all near enough. 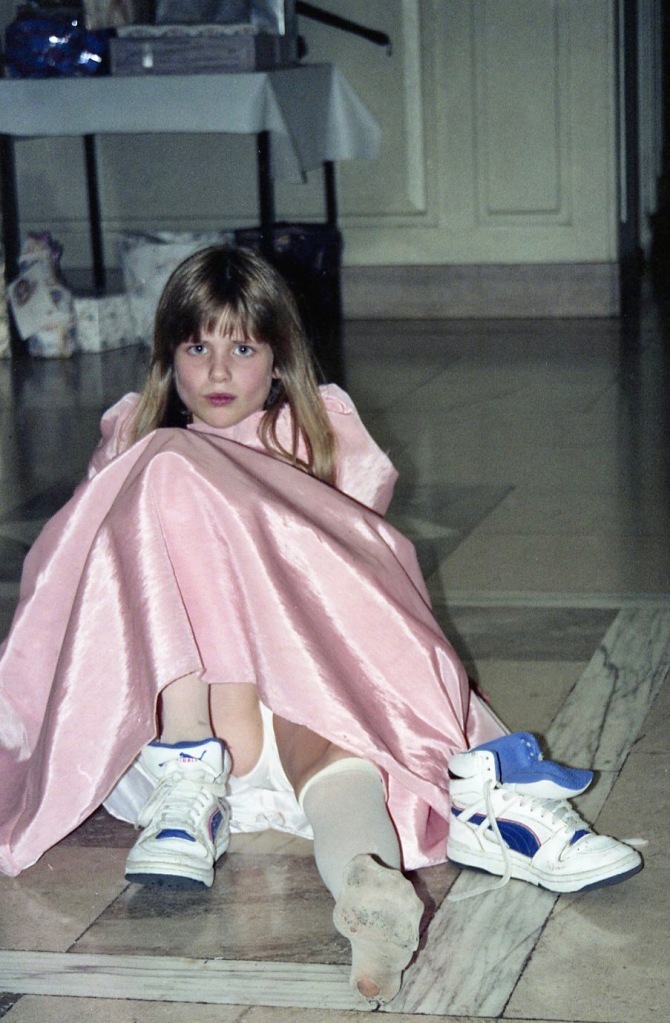 At the end of the day Louisa was at least one bridesmaid who felt the need to put her feet up.

This evening we dined on beef burgers, sautéed potatoes and onions, baked beans, and breaded mushrooms. I brought back most of the bottle of pinot noir from the pub yesterday and drank a little more with this meal. Jackie had already consumed her Hoegaarden as an aperitif.