Towards the end of yesterday afternoon Jackie drove us to Emsworth to join in Ian’s birthday meal at Nicolino’s restaurant. 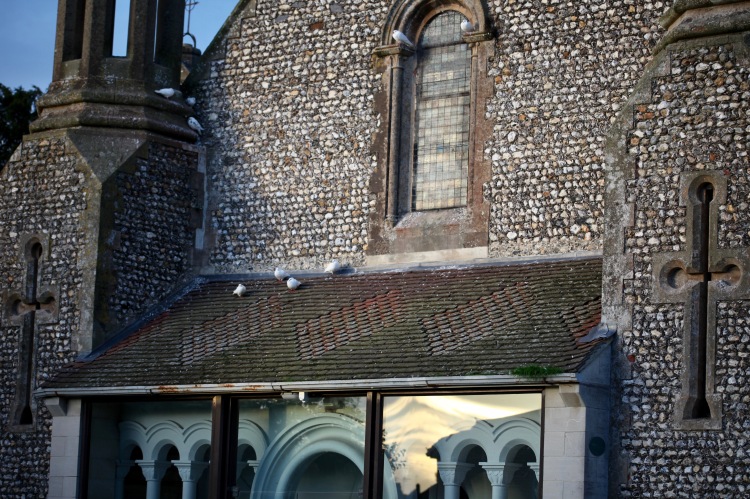 A month ago, I had photographed white doves in the morning light on and around the bell tower of St James’s Church. Yesterday a few remained on the roof basking in the evening light. A certain amount of interbreeding with pigeons appeared to have been going on. 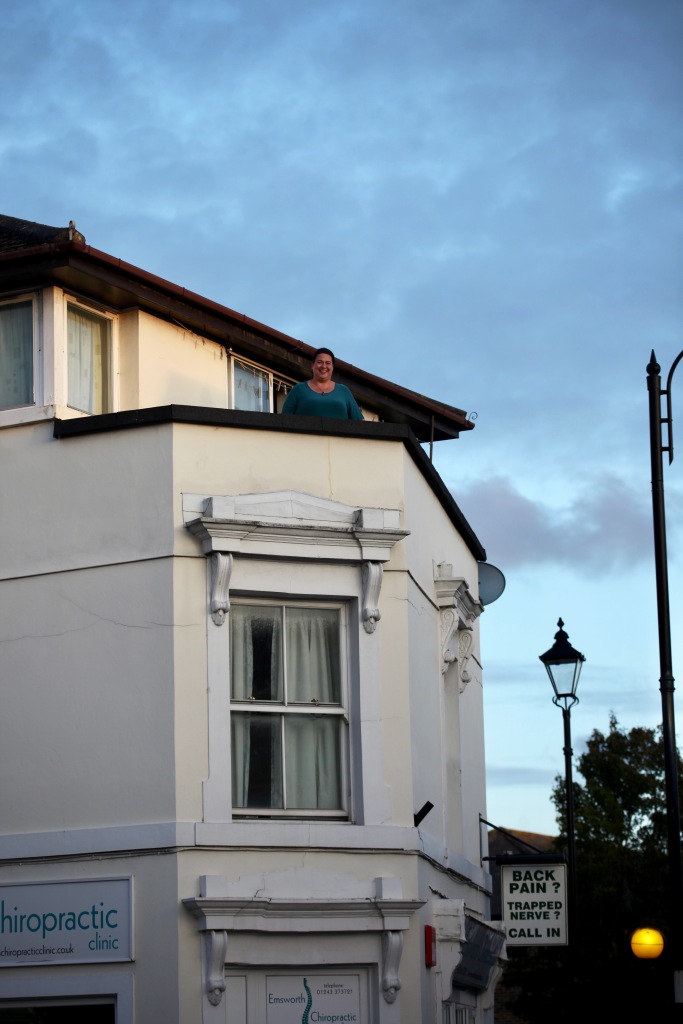 and Ian were on their balcony to greet us.

We were joined in the restaurant by Ian’s friends Keith and Kirsty. The two men enjoyed reminiscing about their schooldays. The tilt of the picture behind her fiancé niggled Becky so much that he was required to straighten it.

I haven’t traditionally been over-keen on Italian food. Nicolino’s, in serving quite the best I have ever tasted, has provided the exception that proves the rule. I can’t remember what my starter was called, but, like all the others, it was a meal in itself. 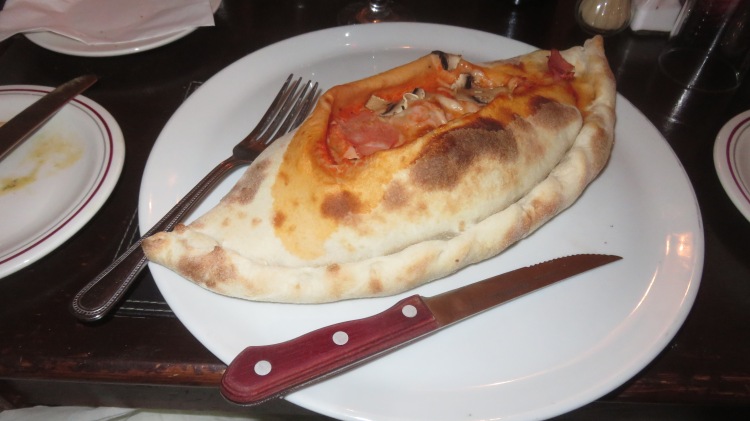 The calzone that followed was a fresh, firm, parcel with succulent contents.

I didn’t really have room for this splendid summer pudding, but I forced myself.

My wine was Le Focaie sangiovese Maremma Toscana 2012. It didn’t come by the glass, so I brought half a bottle home. I suppose if I stretched my brains I would be able to name some of what the others consumed, but I really can’t be bothered.

Jackie drove us home on the M27 afterwards as she had done on the outward journey. This had been when our curiosity was aroused by the unusual sidecar passenger of a vintage motorcycle.

We just had to overhaul the biker. 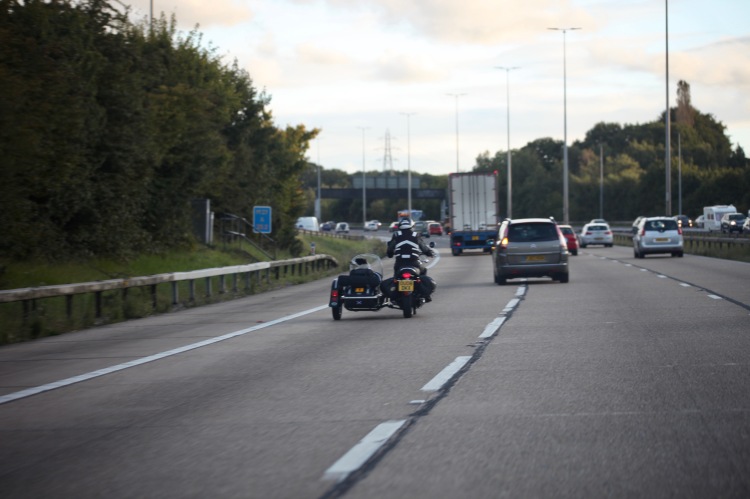 Who was the intriguing little chap, 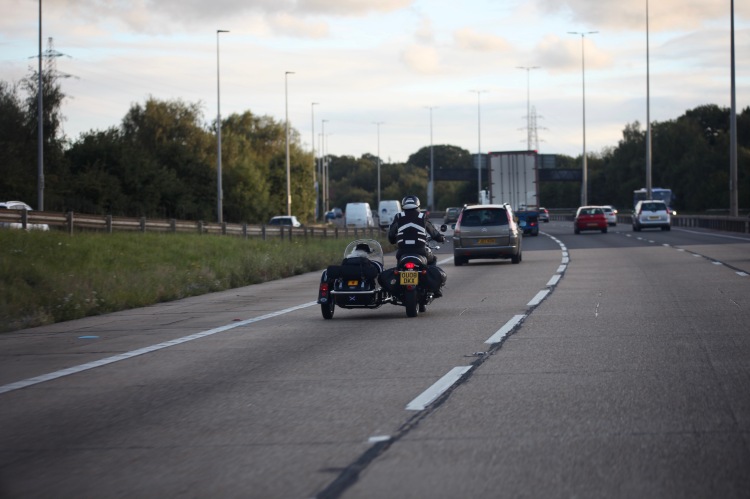 looking this way and that? 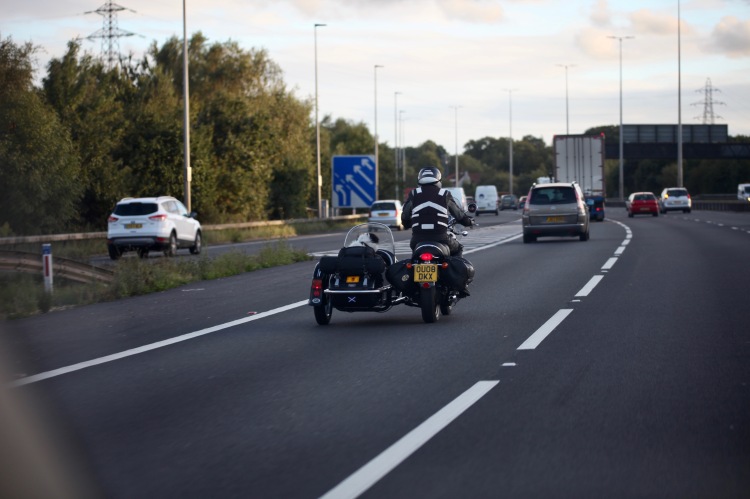 Yes. A dog. Strapped in a seatbelt. I do hope the motorcyclist saw the thumbs up sign and the camera lens I poked out of the window as we passed.

My title pays homage to Mark Haddon’s superb little novel, required reading for anyone involved with autism, ‘The Curious Incident of the Dog in the Nighttime’.

P.S. My thanks are due to Barrie Haynes who put this on a Facebook comment: ‘This is a nine year old retro Triumph Bonneville (Yankie type with high bars.) It is still in production and named after the Utah Salt Flats where the company had some success. Those panniers would have set him back a pretty penny and, according to the signs, the sheepdog is Scottish! There is an urbane myth about why this section of the M27 was originally laid in concrete sections? They say that it was because of the ‘Oil Crisis’ around that time. Hope this is of help.’