CLICK ON ANY IMAGE IN A GROUP TO ACCESS ITS ENLARGED GALLERY, PHOTOGRAPHS IN WHICH CAN BE VIEWED FULL SIZE BY SCROLLING DOWN THEIR PAGES AND CHECKING BOXES AT BOTTOM RIGHT. JUST CLICK ON THE OVENS TO ENLARGE THEM 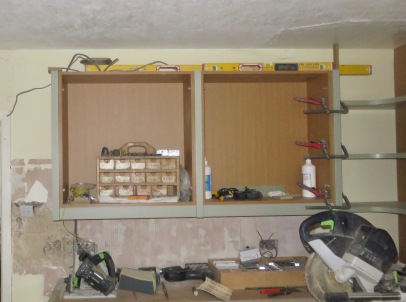 After I finished drafting yesterday’s post, Richard added the second cupboard fixed to the gravity battens. The horizontal battens in the side-on view will take the panel similar to that held in place by the clamps at the right hand end. 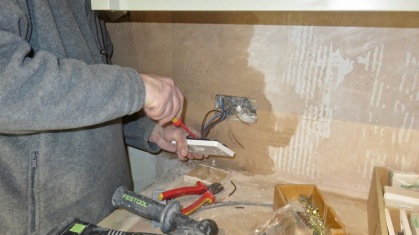 Having increased the capacity of our modern fuse box, our craftsman is rationalising all the kitchen wiring and switches. Having re-plastered the section of wall removed yesterday he then fitted new switches. Standing on a stool he fitted a row of labelled switches for the cooking appliances, then, crouching in the box to take the cooker, laid the cables. 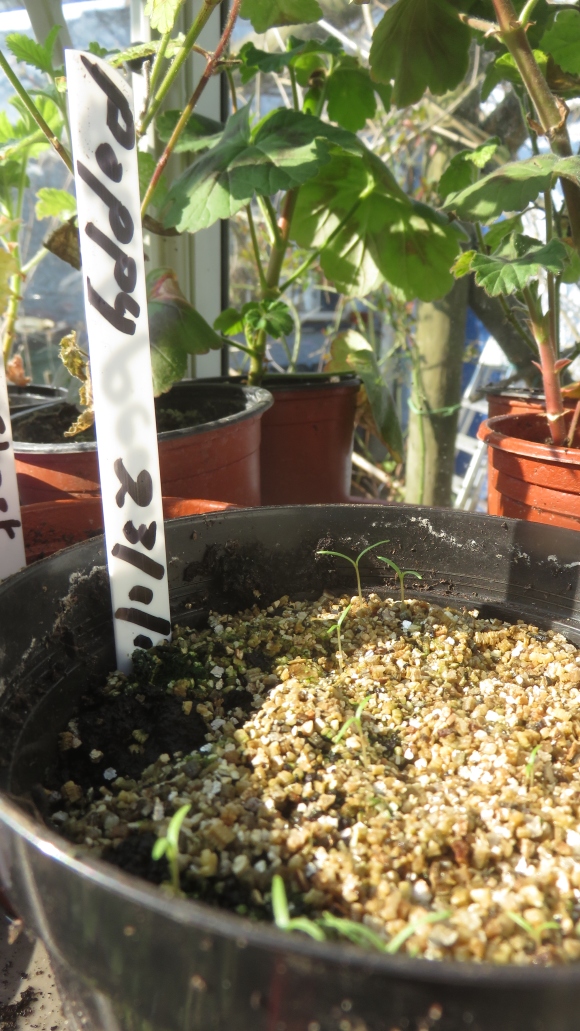 Most of Jackie’s greenhouse cuttings have survived; sweet pea and poppy seeds have germinated. 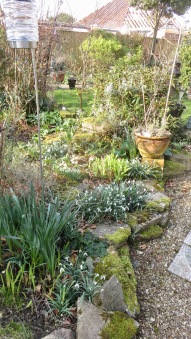 Bergenias, snowdrops, primulas, and irises can be seen throughout the garden beds.

The earlier daffodils are coming into bloom; 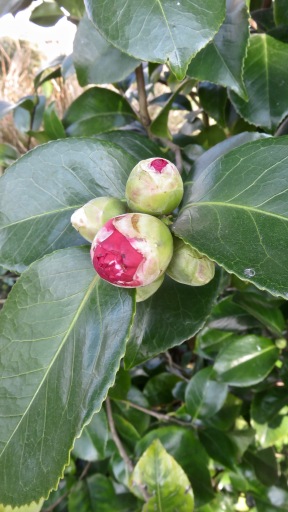 and prolific camellias are burgeoning.

By the end of the day, Richard had installed the new ovens. The appliance visible at bottom right of this picture is the dishwasher which will be installed tomorrow. He had his customary tidy up after I took the photograph. We left him to it while we drove off to dine at Lal Quilla.

At the restaurant I handed Raj the prints for his wall. My main course was lamb jalfrezi; Jackie’s was the Lal Quilla Special of minced lamb and chicken; we shared mushroom rice and egg paratha, and both drank Kingfisher. Raj would take no payment.

61 thoughts on “Inside And Out”