The wind had dropped today. Unfortunately it was not available to send the leaden clouds on their way. They hung overhead, shedding rain all day. Initially not much more than drizzle fell, so Jackie continued her autumn clearance and I joined her for a while. I brought the heavy precipitation with me, but stayed out until I feared for my camera lens.

Hoping that it was Nugget who had made inroads into it, Jackie gleefully pointed to another dish of sampled robin food. 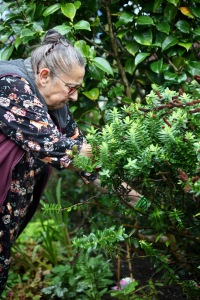 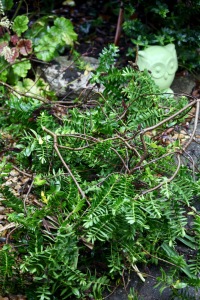 She is heavily pruning a hebe alongside the Dead End Path.

I had intended to transport the clippings to the end of the back drive and bag them up for Aaron to take away. When the deluge began I thought better of it. 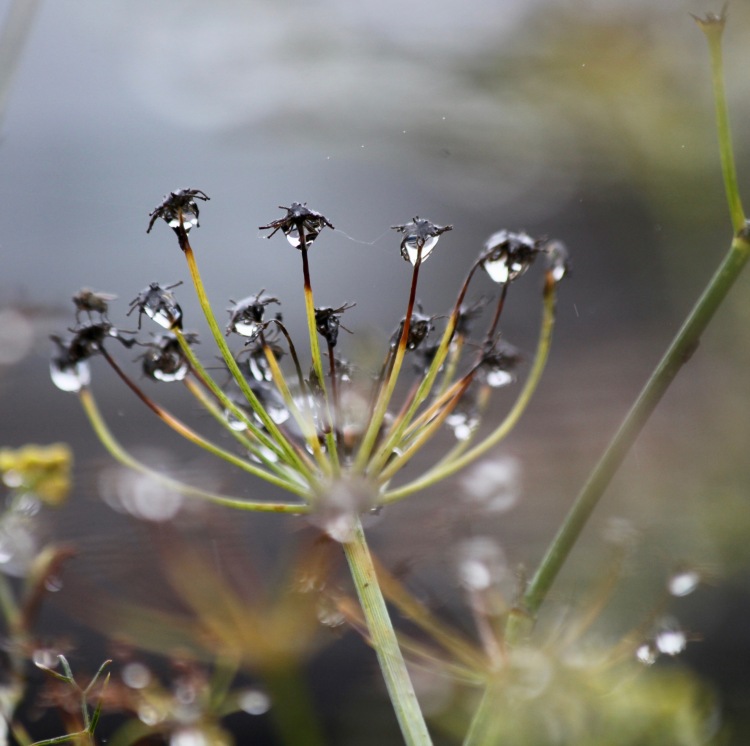 Raindrops had cleansed and bejewelled such as bronze fennel seed heads; 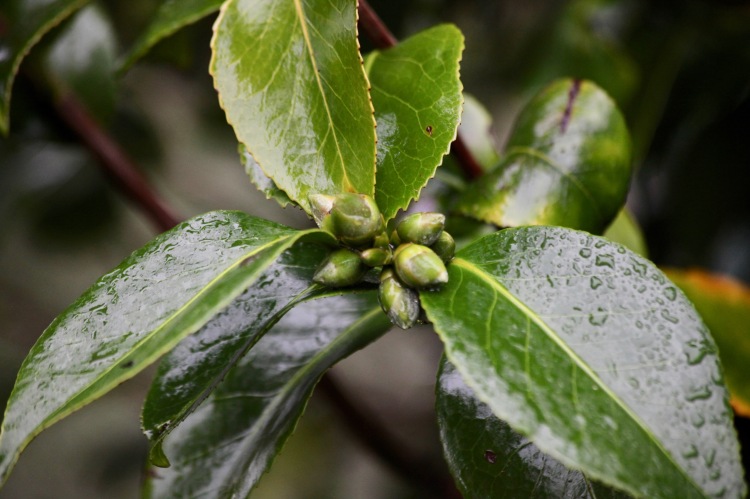 rhododendron leaves and buds that think it is spring; 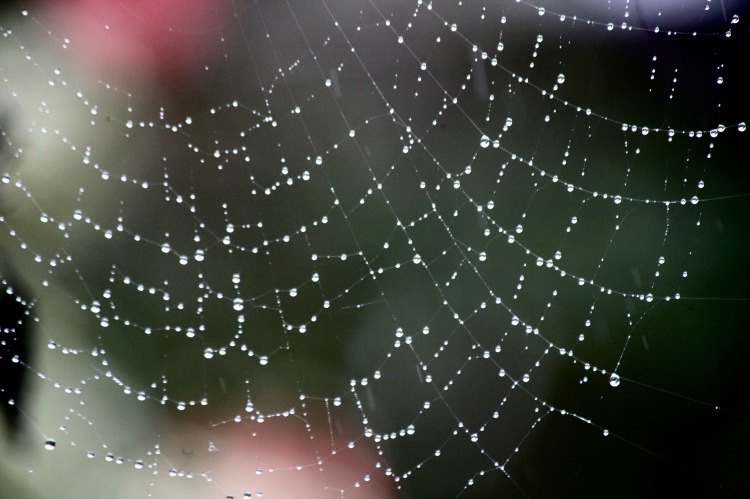 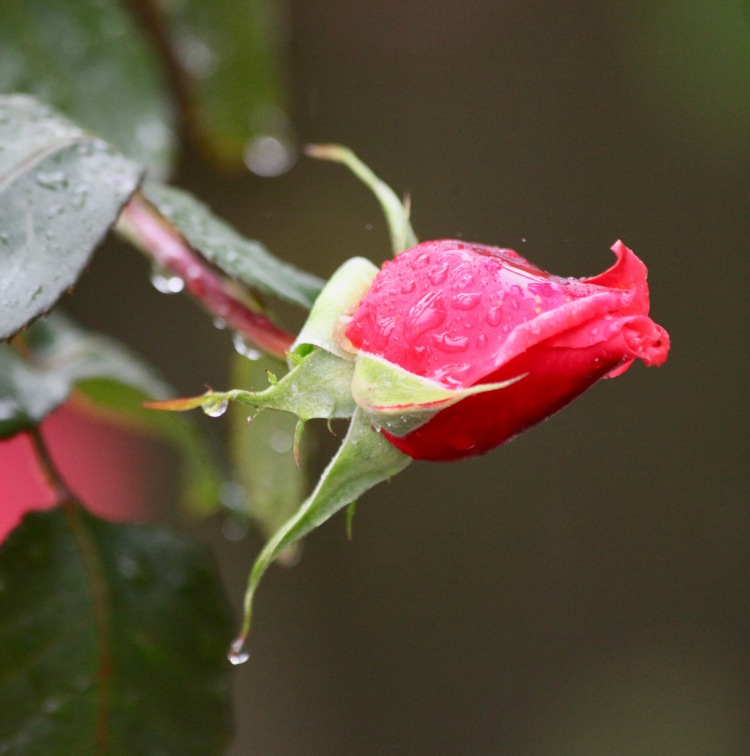 After lunch I accompanied Jackie to Tesco Supermarket where she she shopped and I sat in the car photographing, through the rain-dripping windscreen, 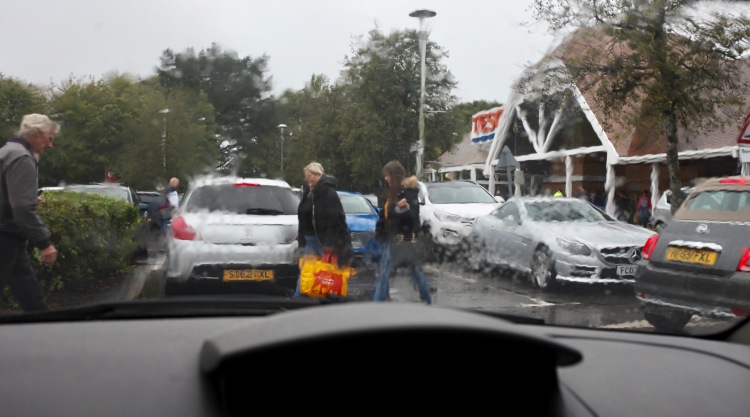 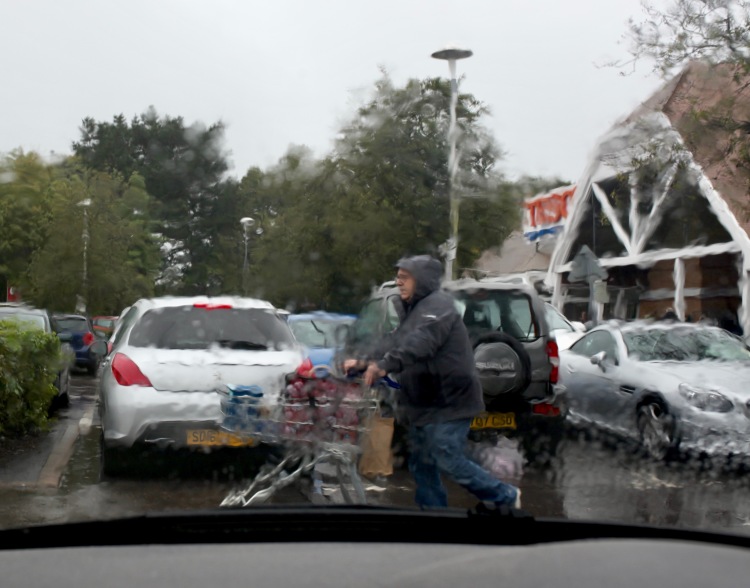 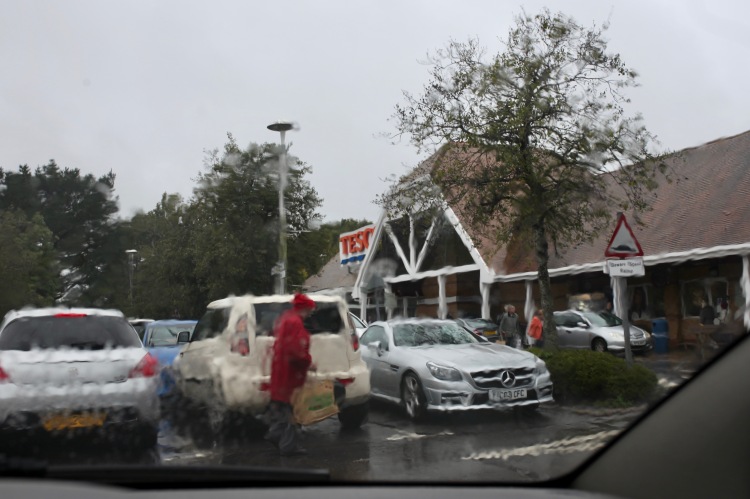 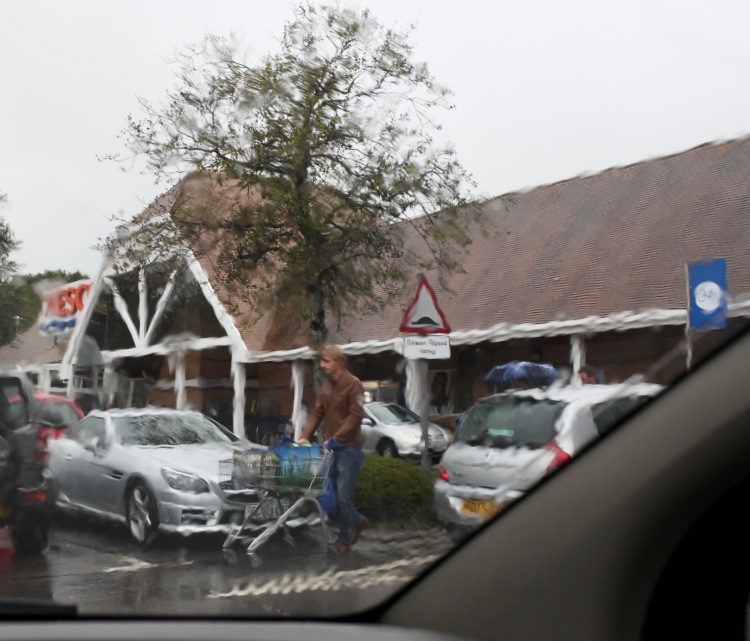 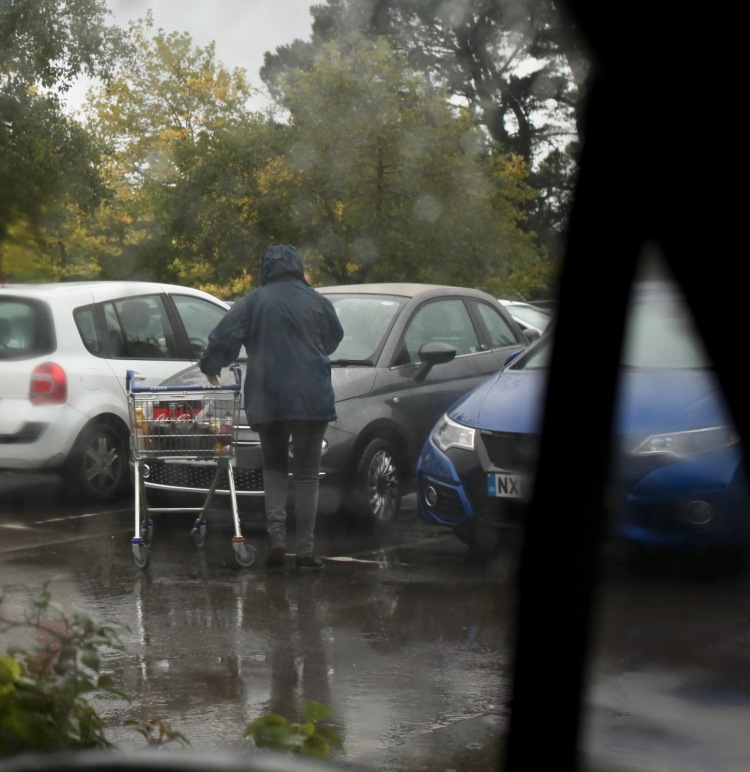 other shoppers as they passed by.

We then drove to Woodpeckers to visit Mum who was on very good form.

Just along Sway Road a duo of decidedly damp donkeys sought what shelter they could beneath the trees of Brackendale.

Back at home I watched a recording of the Rugby World Cup match between Ireland and Samoa.