This morning I scanned another couple of sets of prints from my archives for which I cannot find the negatives. 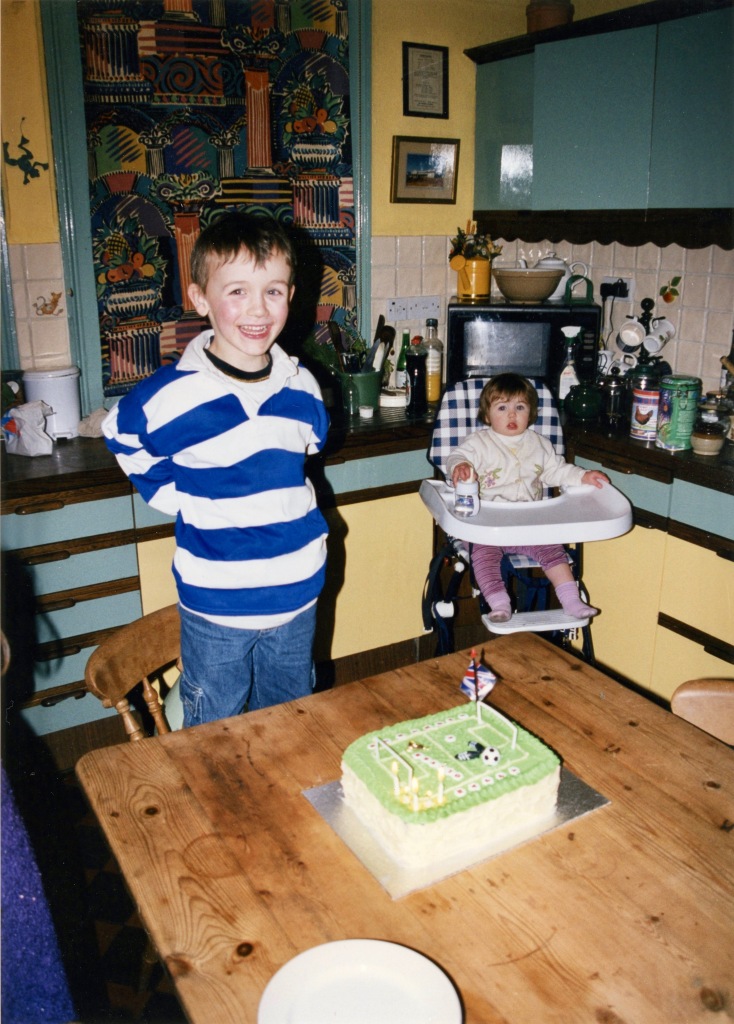 The first six are from Oliver’s birthday party of 23rd December, 2000, held at Lindum House. Alice sits bemused in her high chair while her gleeful brother, an avid Arsenal fan, admires his football pitch cake.

Encouraged by Grannie Jess, the birthday boy gathered his puff to aim for goal before turning it on the candles. 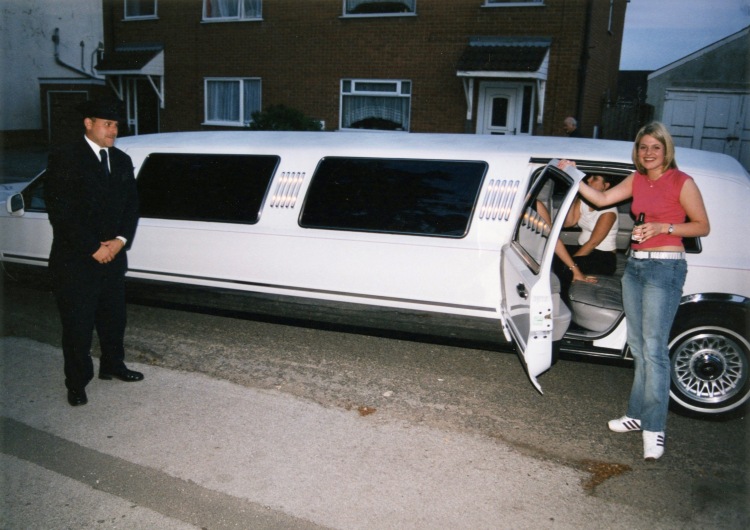 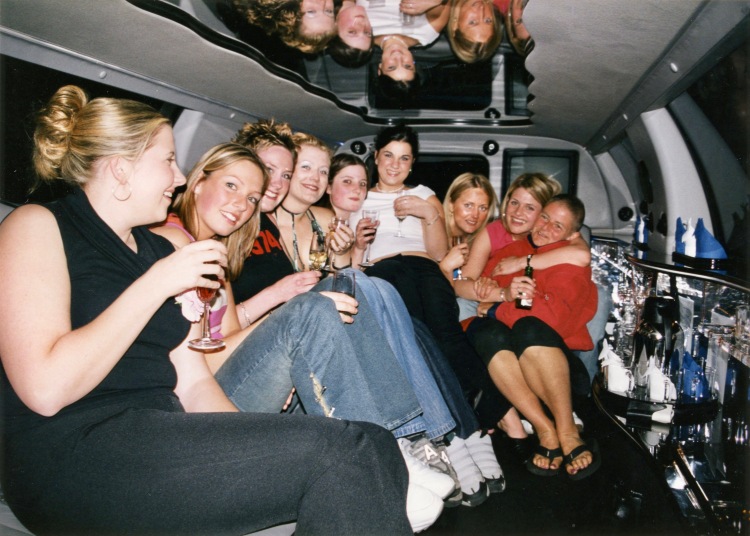 with her friends in Newark. Naturally there was a bar on board. Jessica joined the group for the last shot, before the girls made their royal progress round the town.

Jackie spent most of today clearing beds, planting bulbs, and heavily pruning, Later I cleared up some of the refuse.

When not cocking his head in conversation with his adoptive Mum 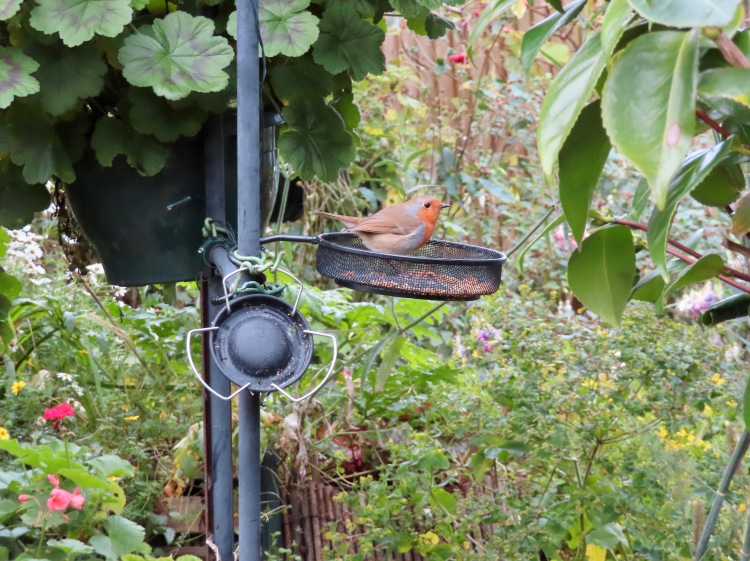 Nugget is quite at home in his all day breakfast bowl.

This evening we dined on Jackie’s classic cottage pie; roasted butternut squash and parsnips; with crisp broccoli. The Culinary Queen drank Hoegaarden and I finished the Malbec.

68 thoughts on “Cake And Limousine”