Early this morning Jackie drove me to Lymington Market so that I could make a few purchases and photograph some of the stalls.

‘The Market was originally granted a Charter (a document providing certain rights to the people of the town) in the mid-13thCentury, which enabled Medieval Lymington to hold its own market.  Farmers, traders and merchants would come from far and wide to sell their goods. This is still true of today’s traders.

The High Street was deliberately designed to be wide enough for a market to be held regularly and this can still be seen in the current imposing Georgian architecture that lines both sides of the High Street, from the Quay in the East and up to St Thomas Church which holds a commanding position in the West.’ (http://www.lymingtonmarket.co.uk/the-market/index)

‘There are 100+ stalls every Saturday from 8am until 4pm, which is popular with local residents, visitors and tourists alike.’ (https://www.tripadvisor.co.uk/Attraction_Review-g190774-d7245979-Reviews-Lymington_Charter_Market-Lymington_New_Forest_National_Park_Hampshire_Hampshire_E.html) 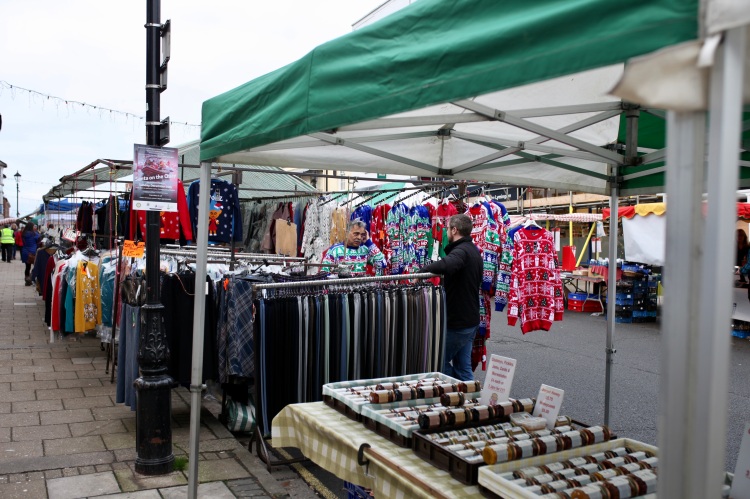 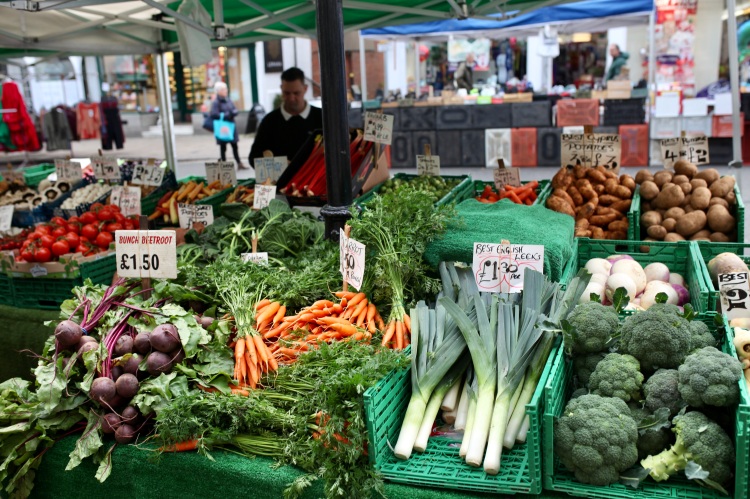 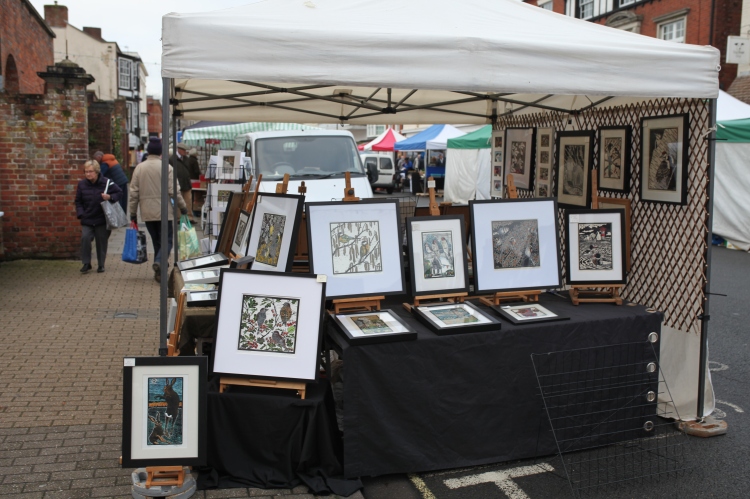 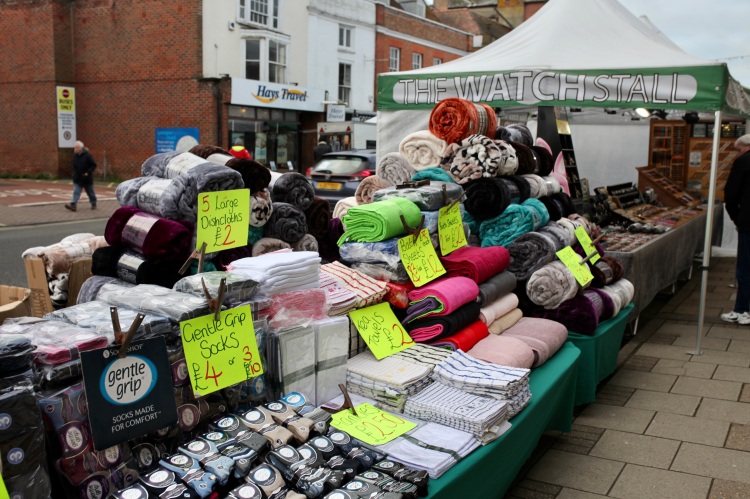 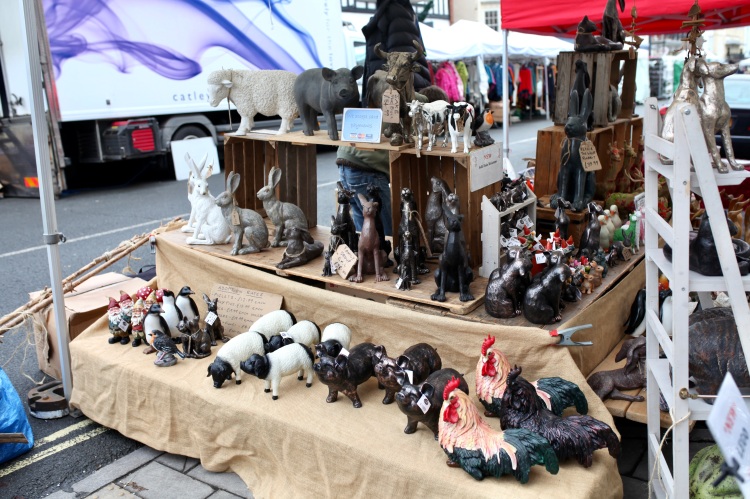 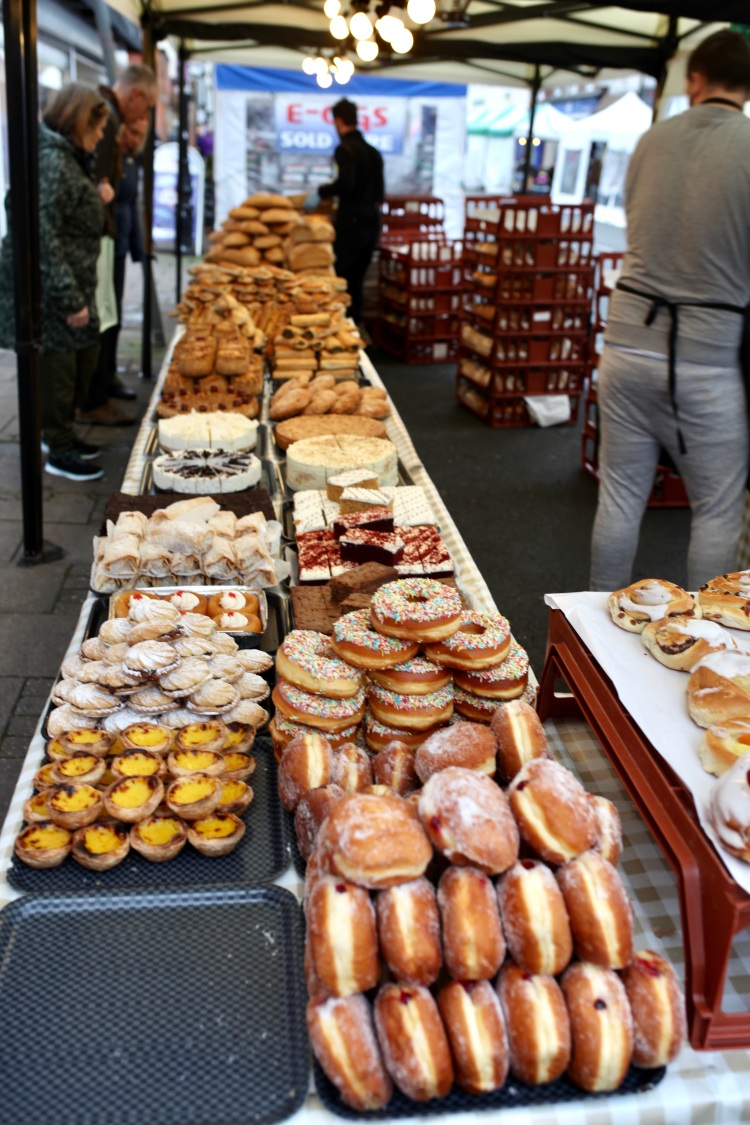 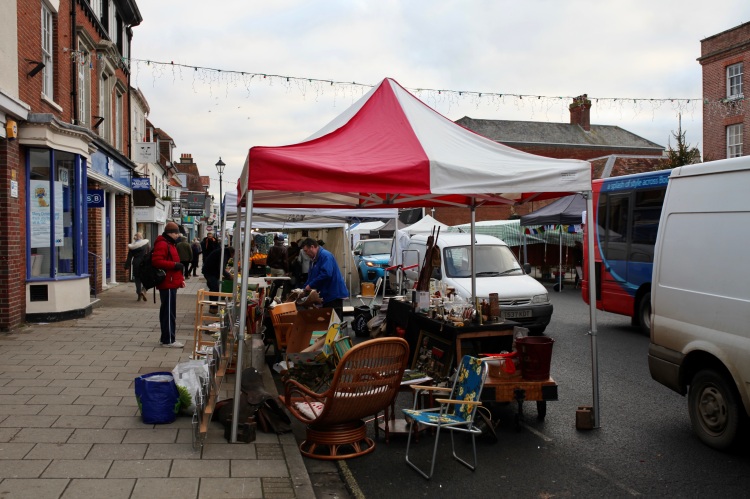 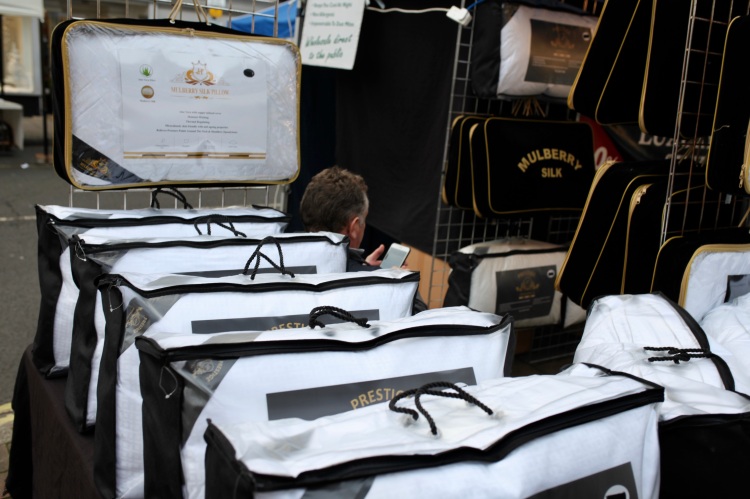 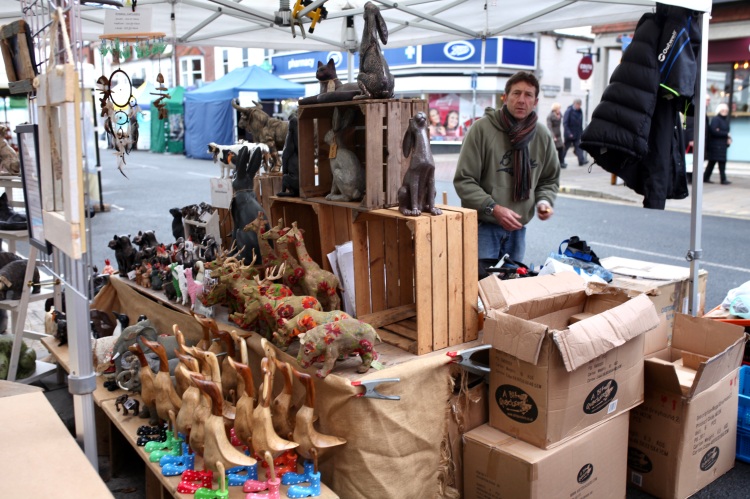 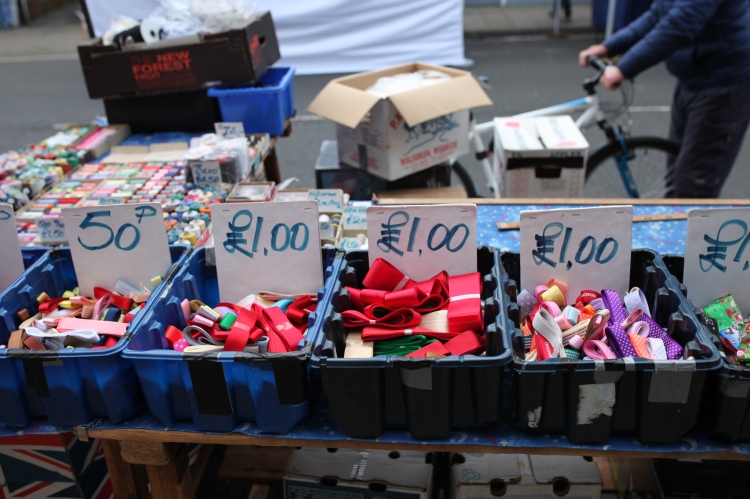 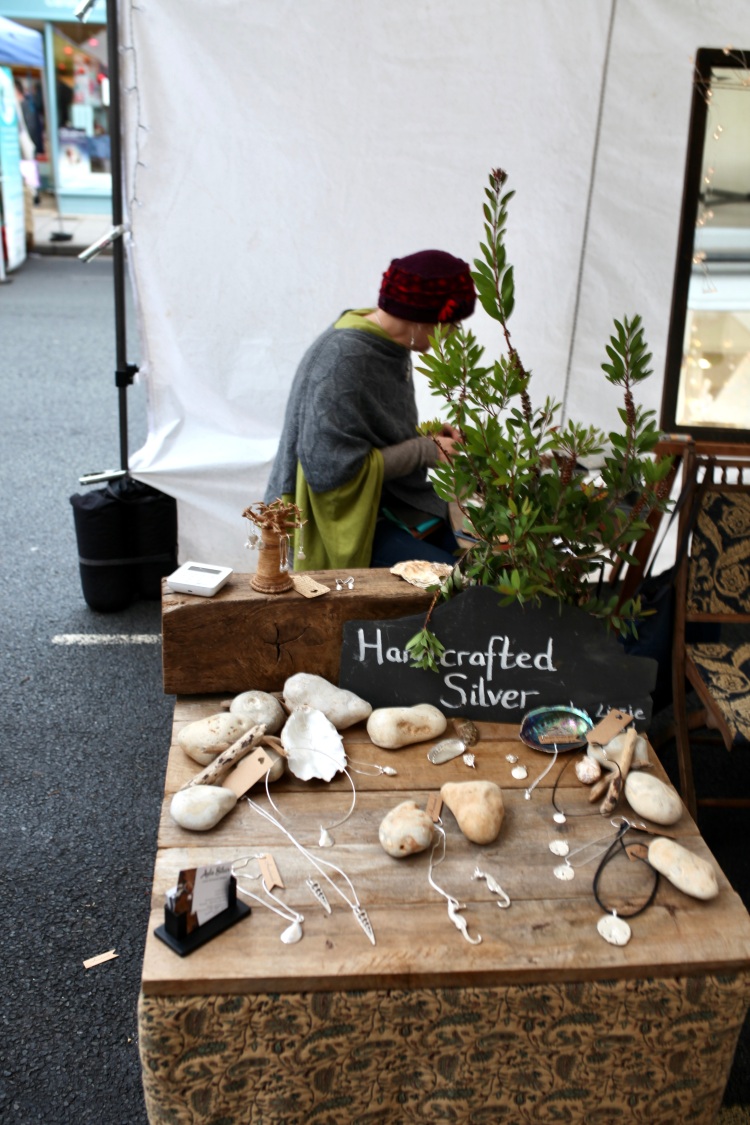 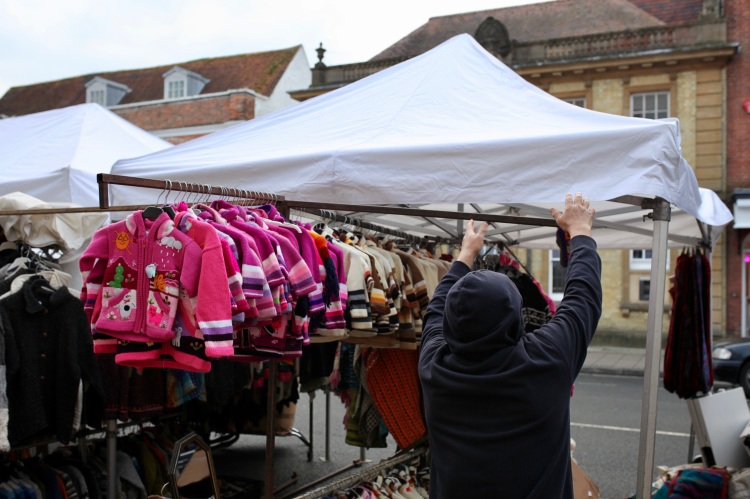 My samples will, I think, speak for themselves.

Although the morning was bright, sunny, and of a mild temperature, Jackie reported an eerie silence and lack of birdsong in the garden. The second pile of pigeon feathers in a few days revealed what we had suspected. One of the buzzards that circle over the fields opposite had made strikes. 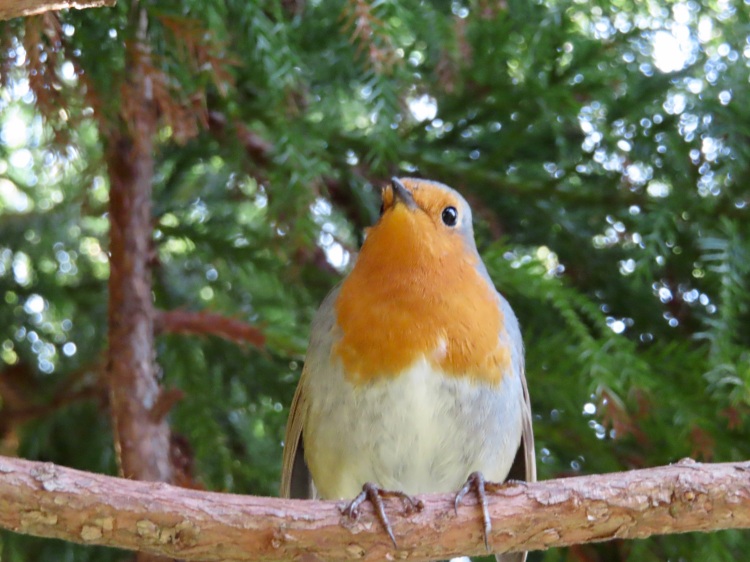 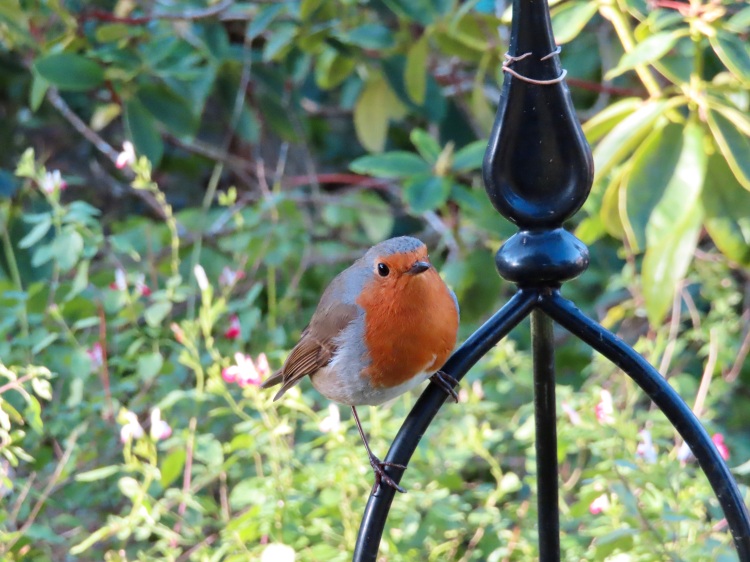 Nugget, however, remains alive and well.

This evening we dined on Jackie’s splendid chicken jalfrezi served with plain basmati rice and paratha. She drank Hoegaarden and I drank more o the Fleurie.

91 thoughts on “The Charter Market”