In the afternoon of this day of steady rainfall Paul and Margery visited to deliver the painting by John Jones that Paul has now framed. We had an enjoyable conversation over tea and mince pies, and are very pleased with both the picture and the framing.

During the rest of the day I finished reading J.G.Farrell’s historical novel ‘The Siege Of Krishnapur’. Originally published by George Weidenfeld and Nicholson 1n 1973, mine is the Folio Society edition of 2008 with an excellent and insightful introduction by Hilary Mantel and evocative illustrations by Francis Mosley.

Without revealing anything of the story I can say that the clearly impeccably and aimlessly researched work takes us into the period of the Raj, its customs, its class divisions, and its beliefs. The pace of the narrative reflects the ebb and flow of action and reflection of such an event. There is dramatic action and there dull, energy-sapping periods. All the senses are so well engaged. Sickness and death are rife. We see how people are revealed in their true colours – some rising to the occasion, others failing or turning it to their own advantage. Barriers between the sexes are broken down. 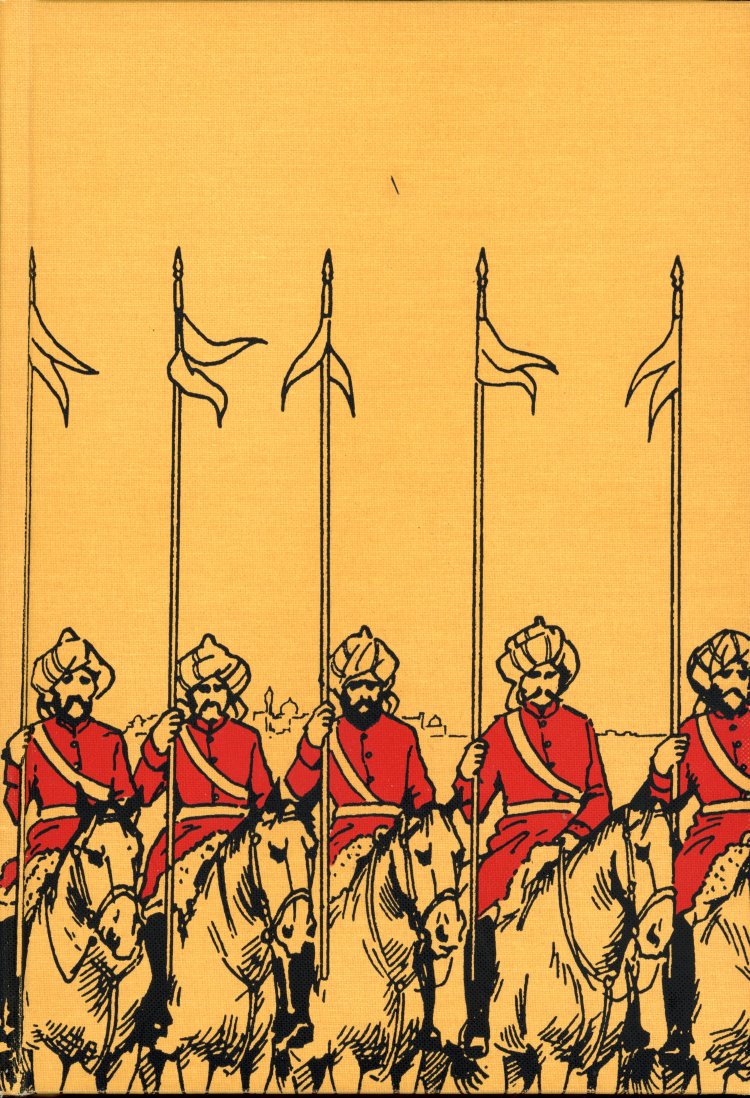 The boards are embossed with this design by the artist which also runs across the spine. 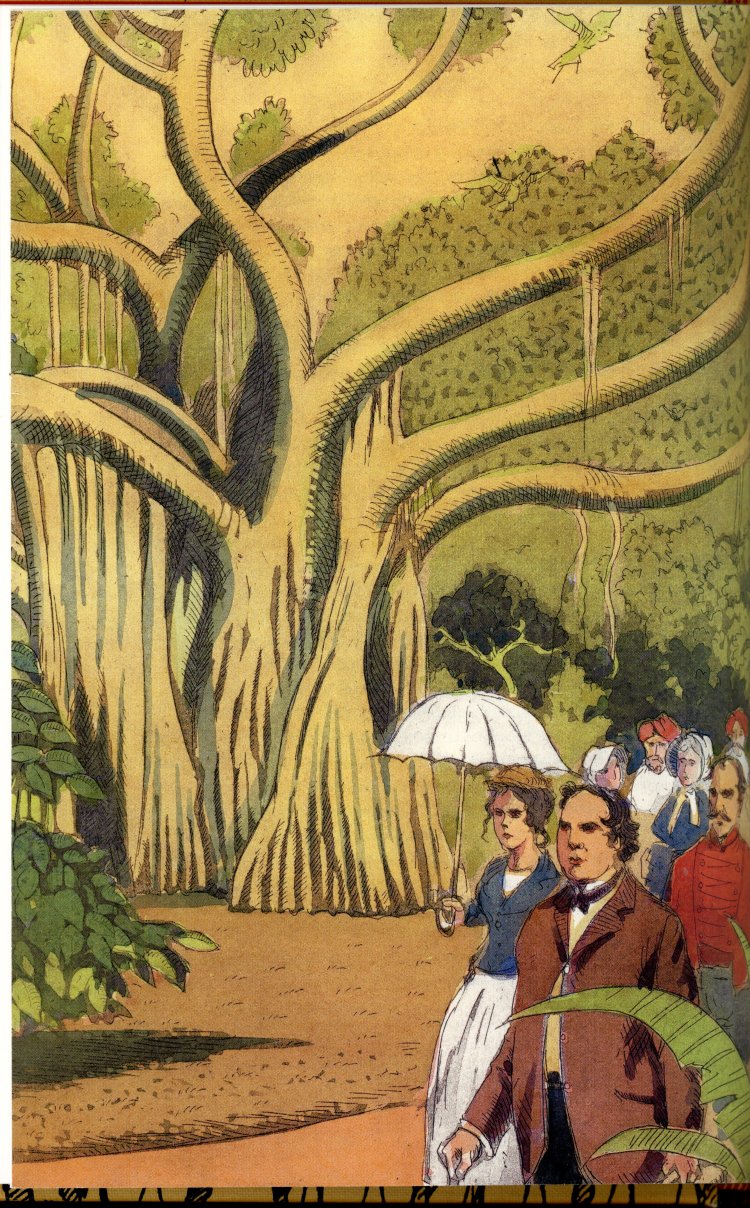 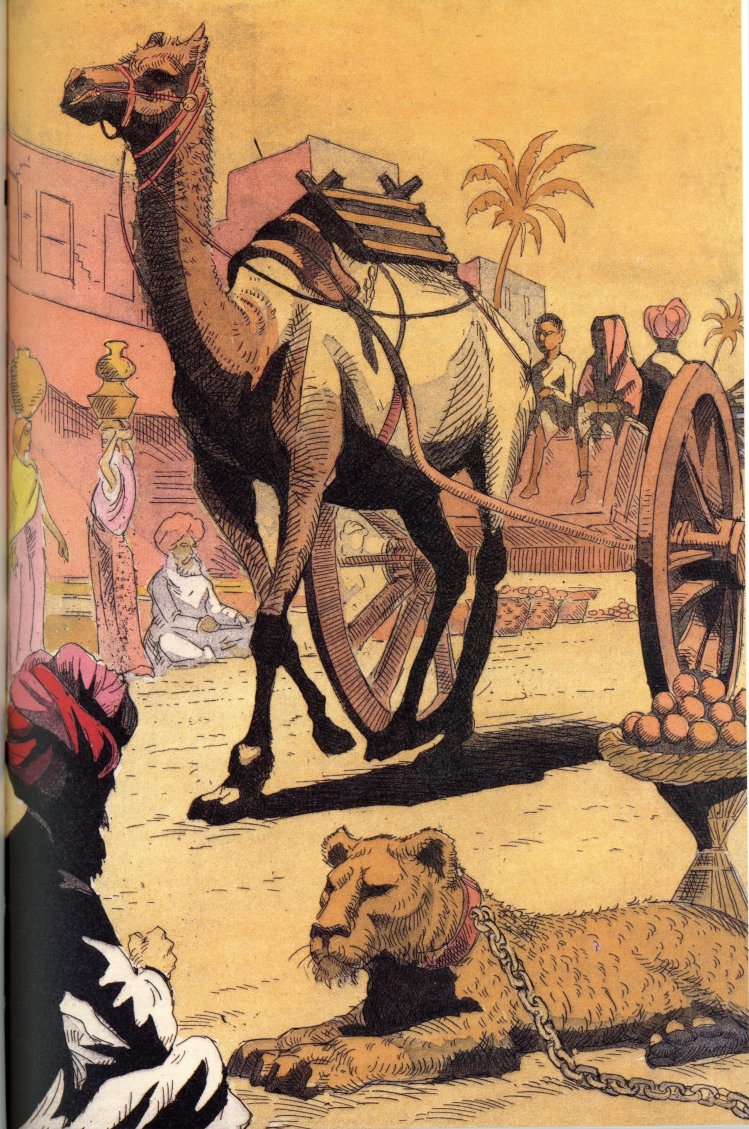 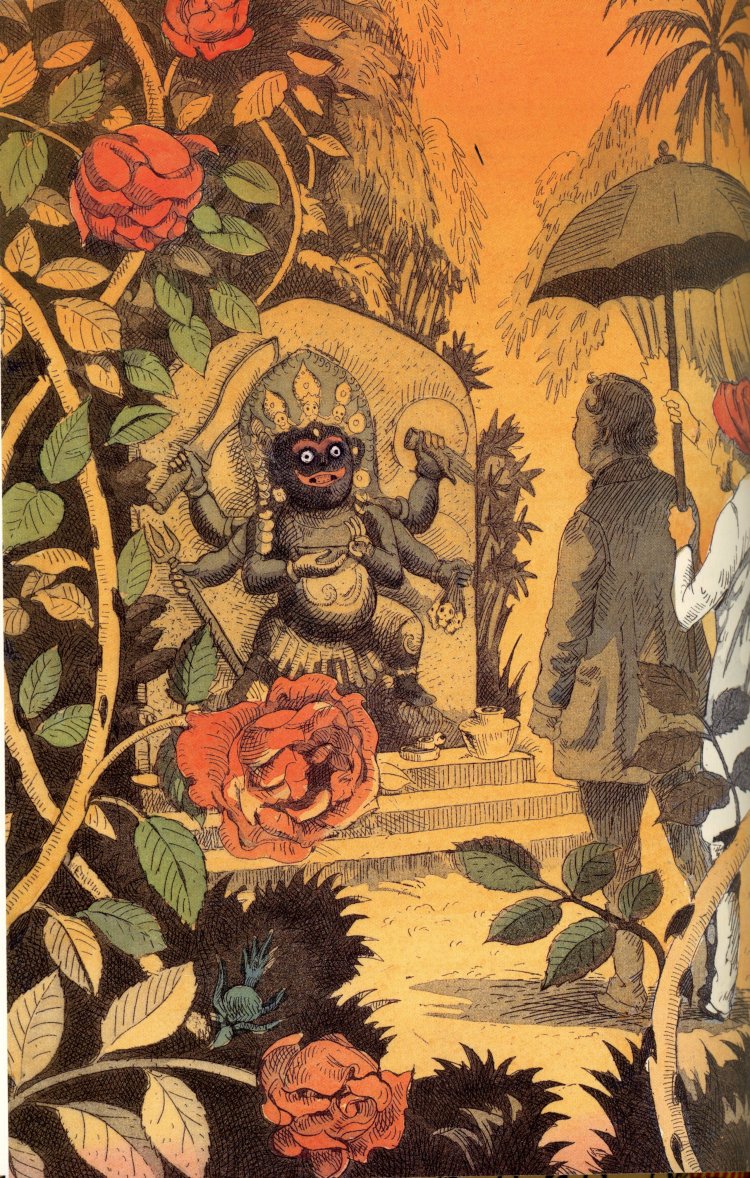 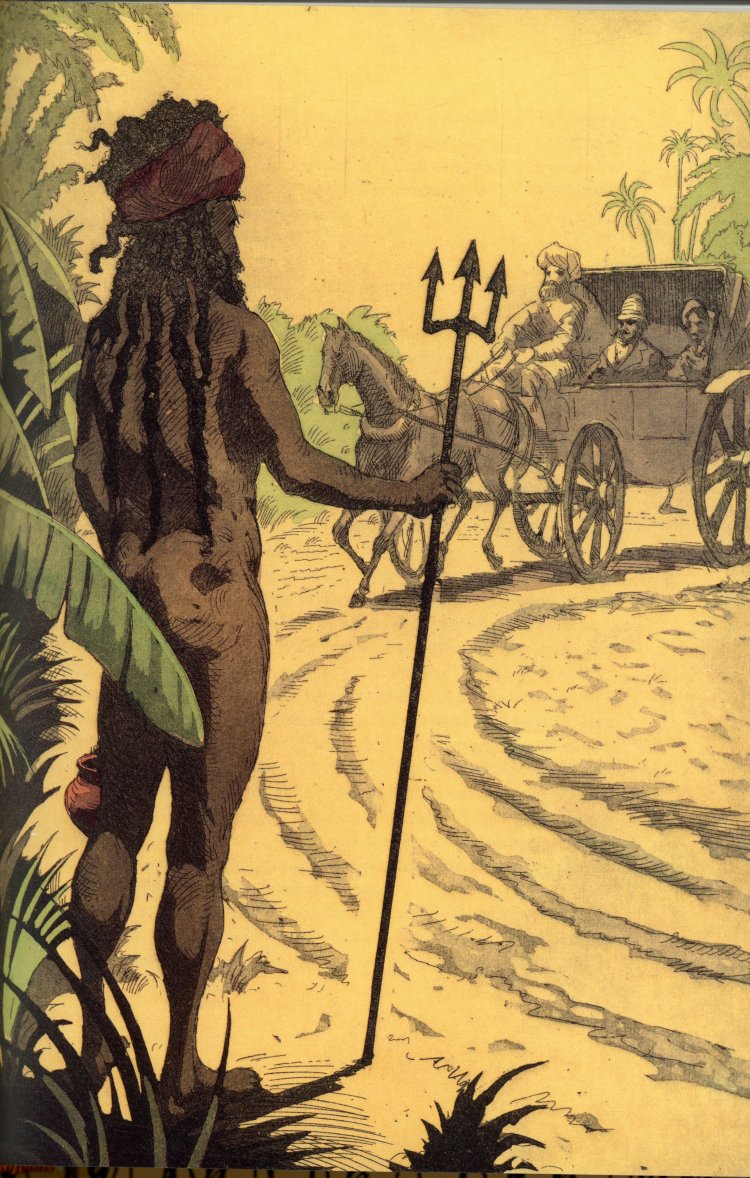 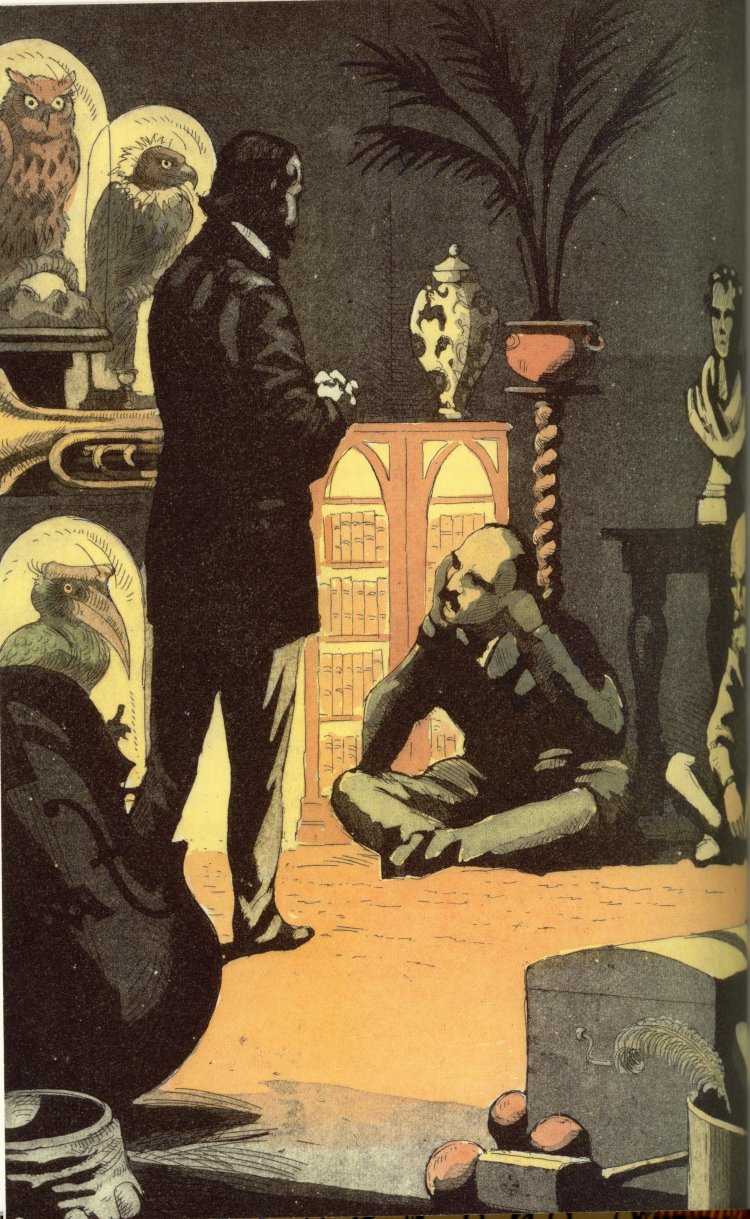 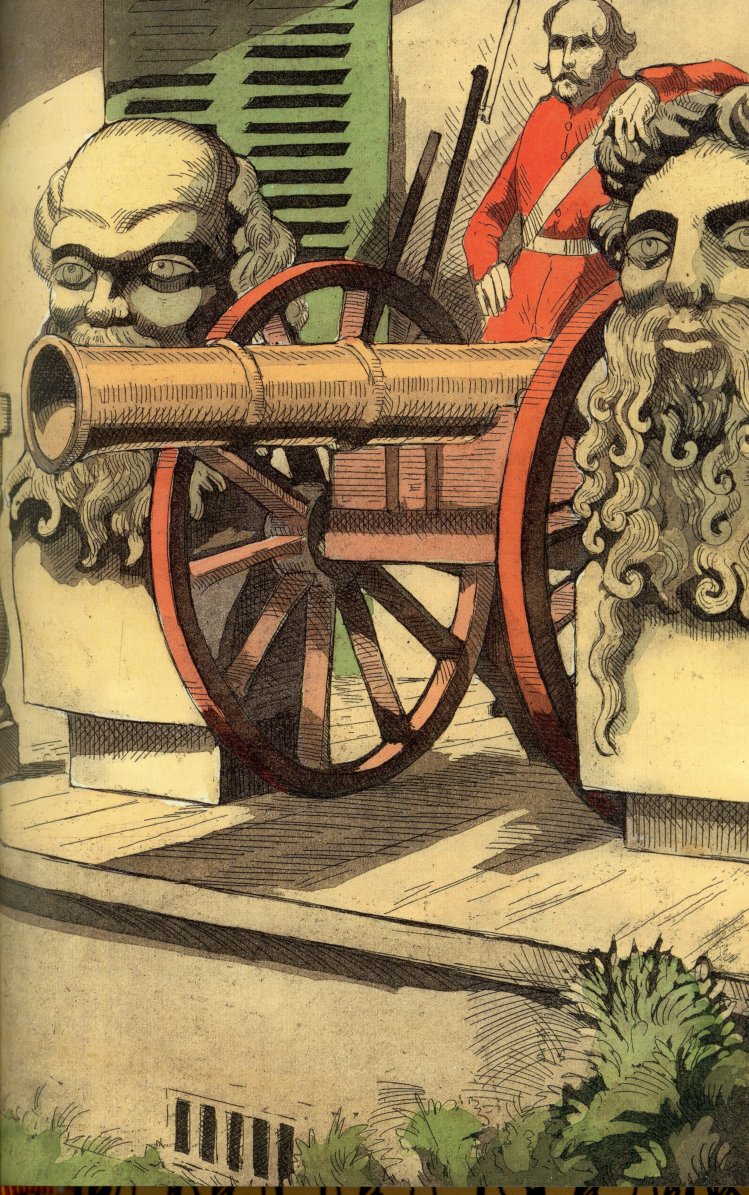 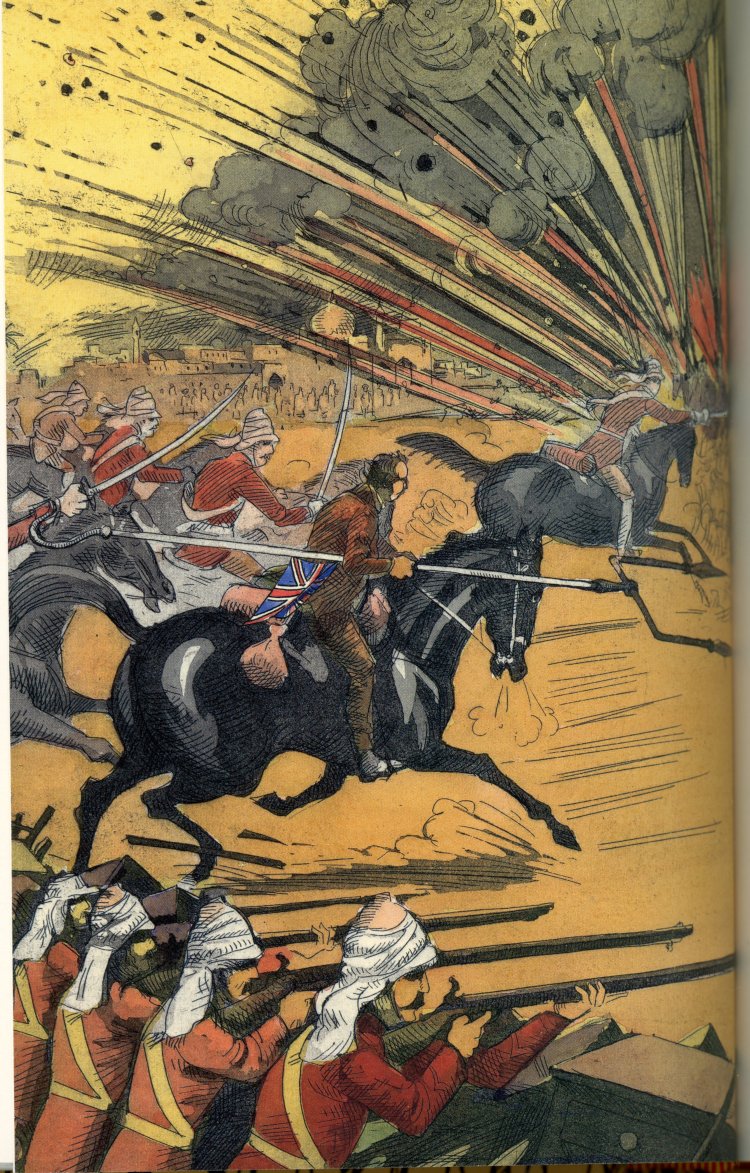 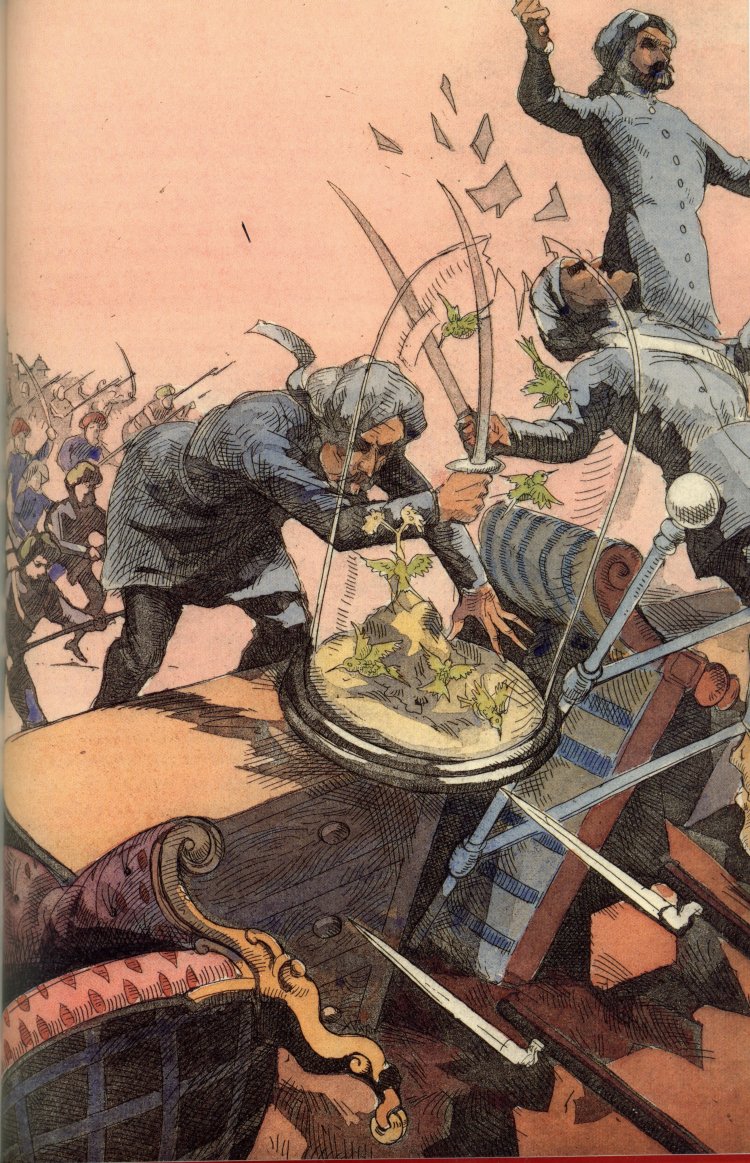 Mr Mosley, especially with his chosen palette, has captured the essence of the time and place. 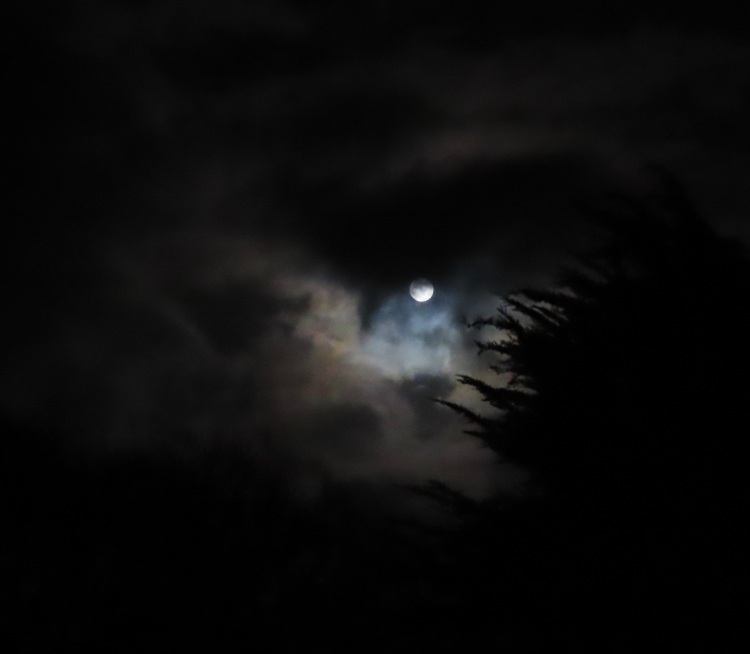 As, this evening, we left home to meet Elizabeth at The Wheel Inn, Jackie photographed arboreal fingers reaching for the full moon draped in dramatic clouds. 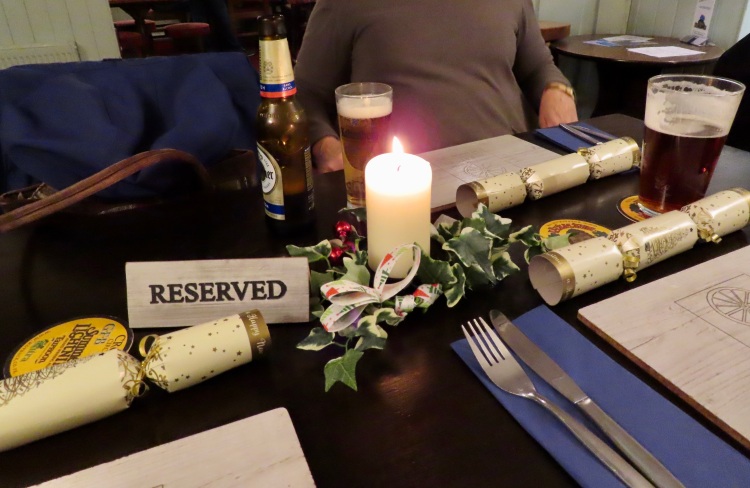 The staff at the community pub, having reserved a friendly table, 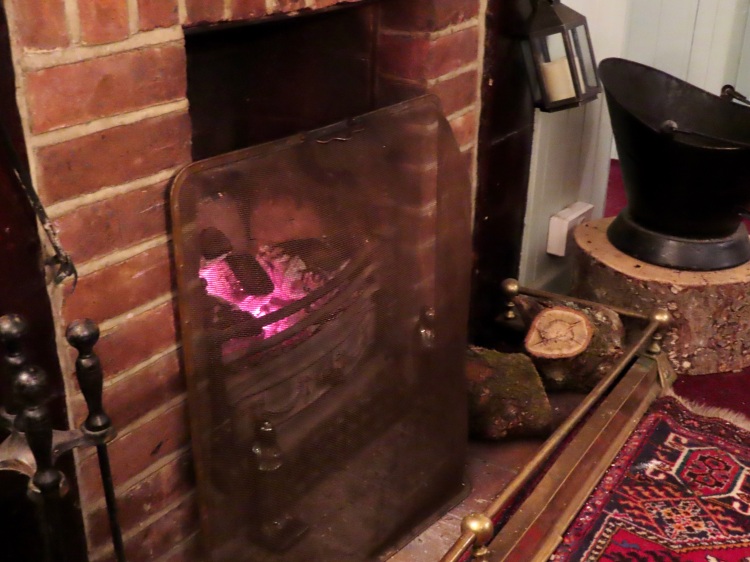 had placed us beside the log fire. Jackie also produced these two photographs. 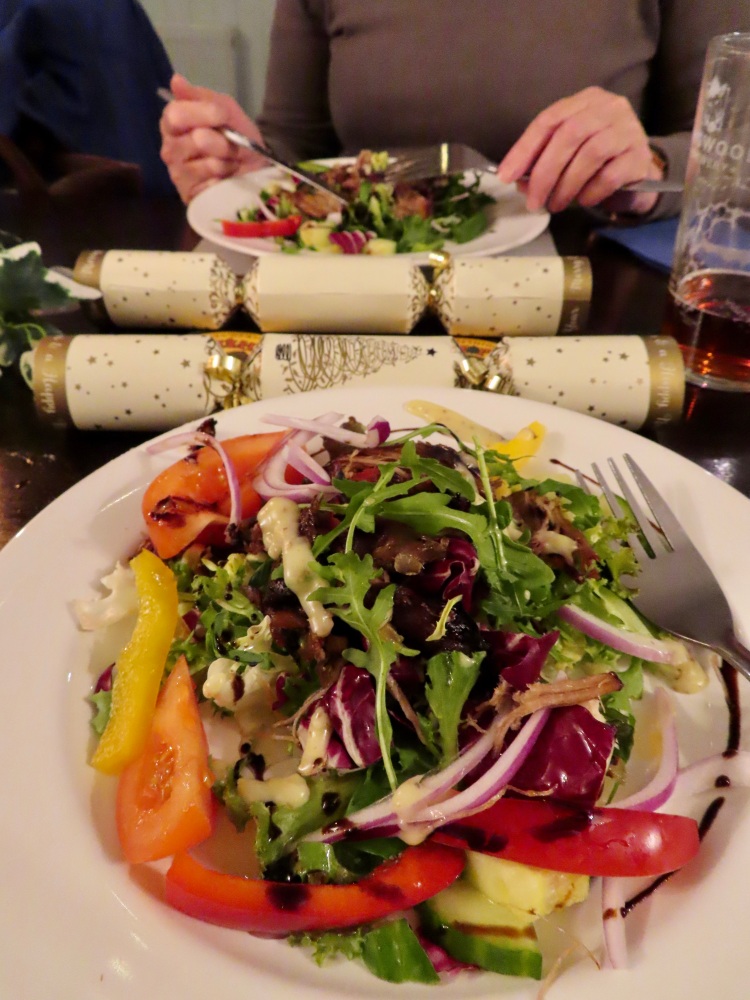 Elizabeth and I both enjoyed crispy duck with ginger salad starters. 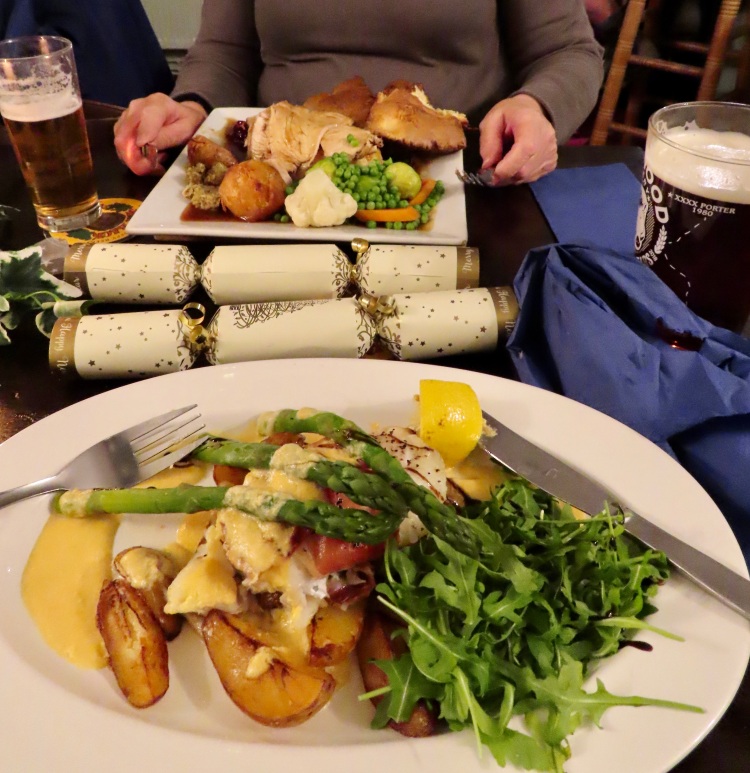 My main course consisted of oven baked hake wrapped in parma ham, lobster sauce, sautéed potatoes and asparagus. The ladies were both delighted with their roast turkey with all the trimmings. Jackie finished with Christmas pudding, and I chose Eton mess. Both were very good. Jackie and Elizabeth  both drank Warsteiner and I drank Ringwood’s Best.

48 thoughts on “The Siege Of Krishnapur”