For the last few days we had experienced a cold North East wind. Today was much warmer, and sunnier than we had expected. Jackie photographed the weather vane showing the shift to South West. 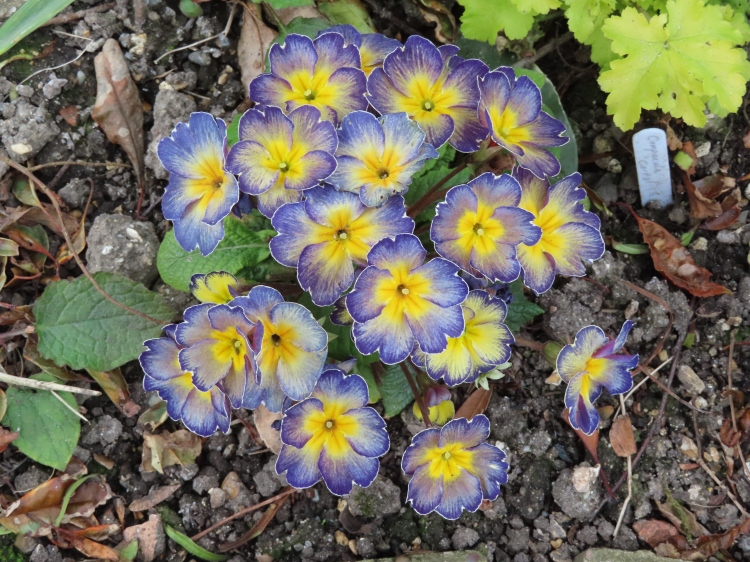 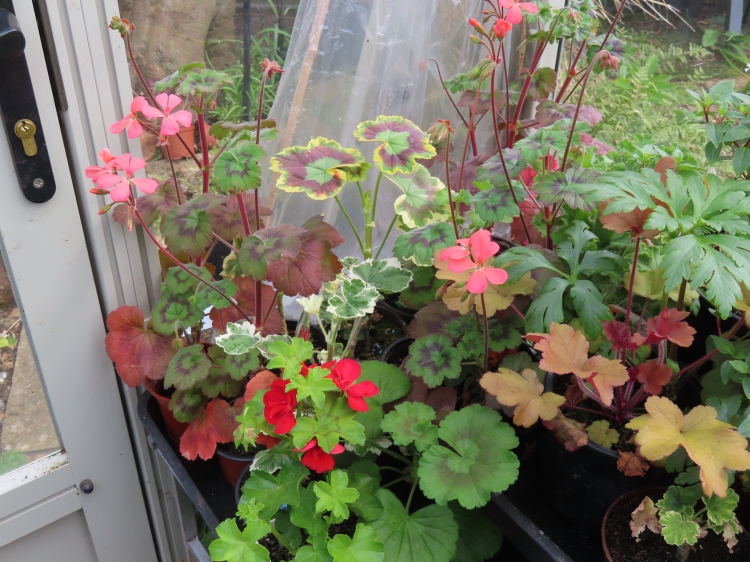 potted pelargoniums in the greenhouse; 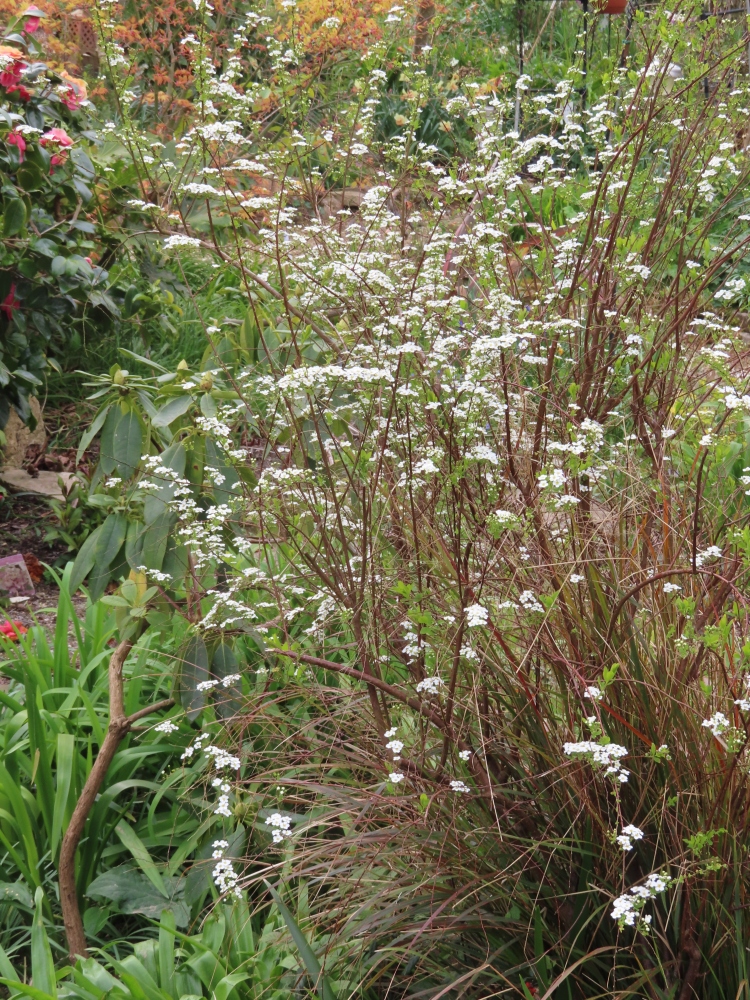 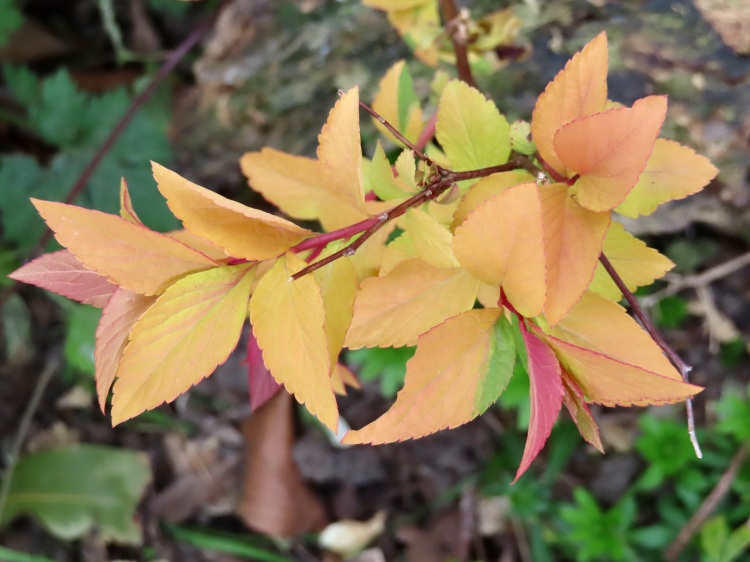 and, in amber, Japonica leaves. 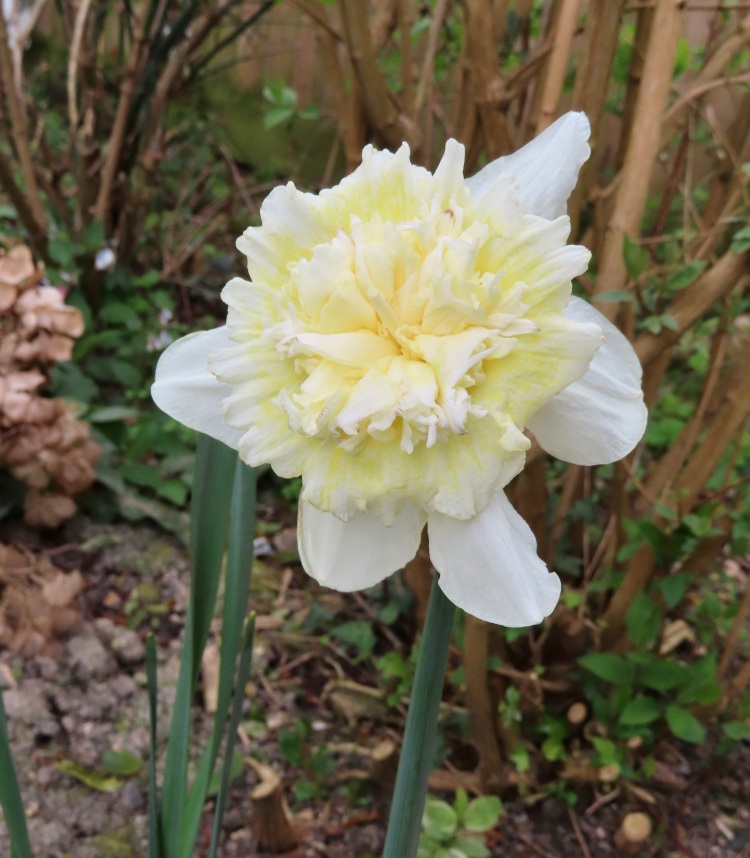 She focussed on a single creamy daffodil

a pair with peachy trumpets

and a lemon yellow clump leading into the Rose Garden with its tulips in the distance. 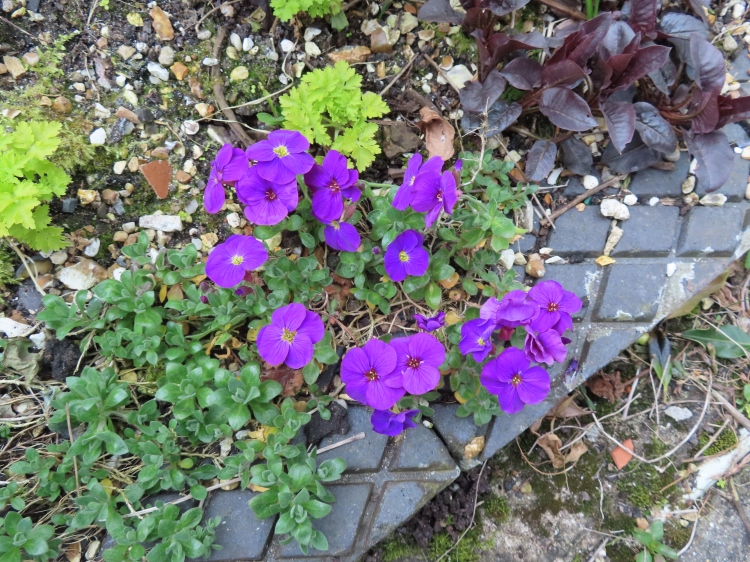 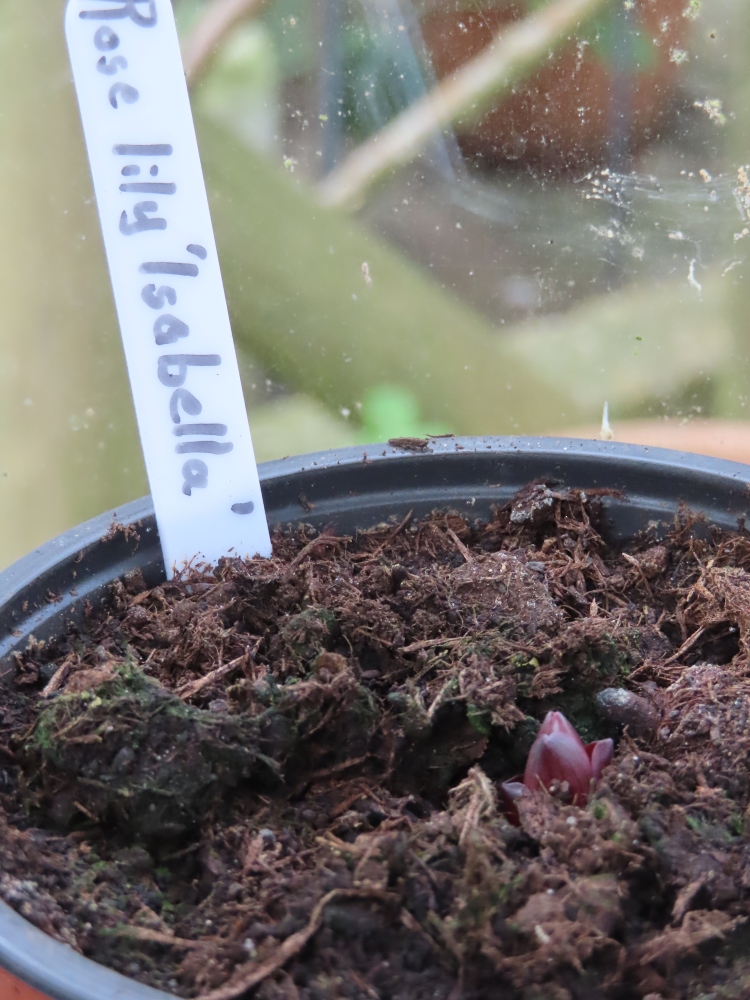 and Rose Isabella lilies are sending up shoots;

and cobaea Scandens have germinated. 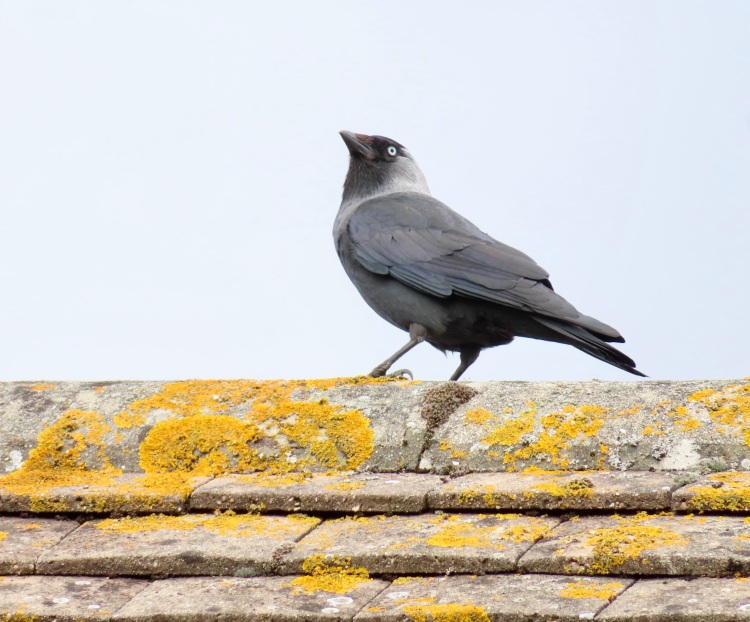 A vigilant jackdaw keeps watch on the roof.

We have now named one of our long tailed tits Burt. This is because, when joining his friends in plundering Nugget’s food supply, he enjoys diving from a 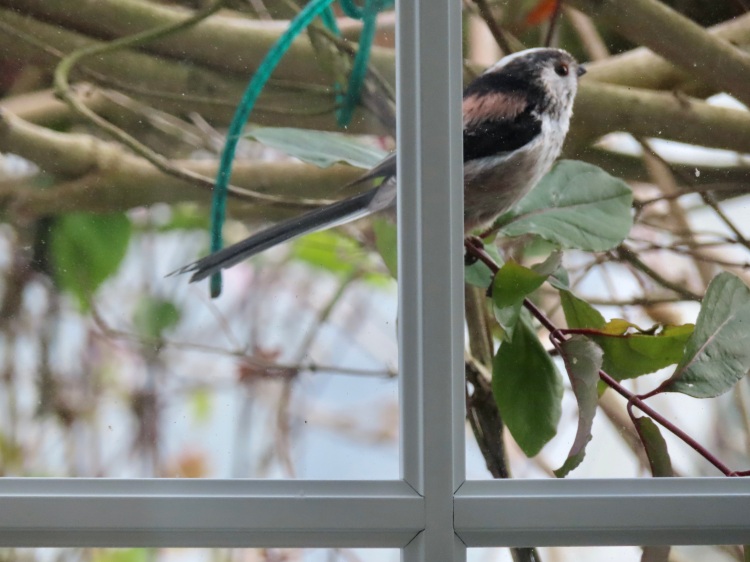 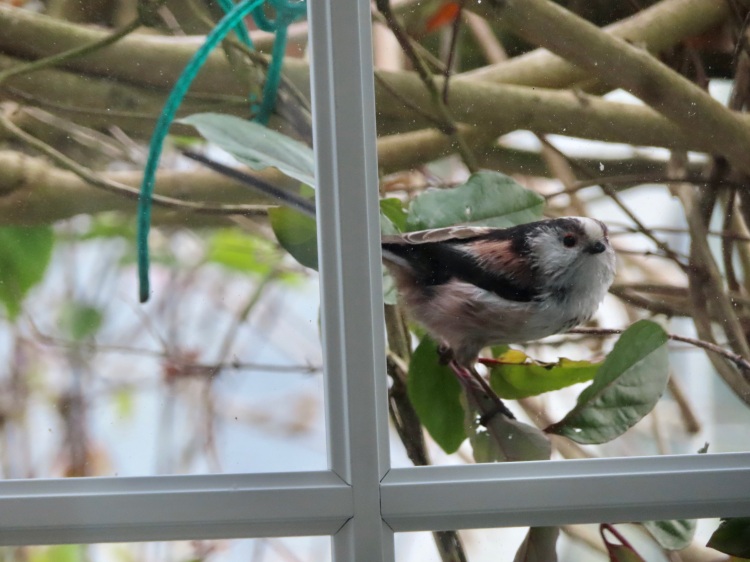 from which he can tap on our kitchen window inviting us to catch him. 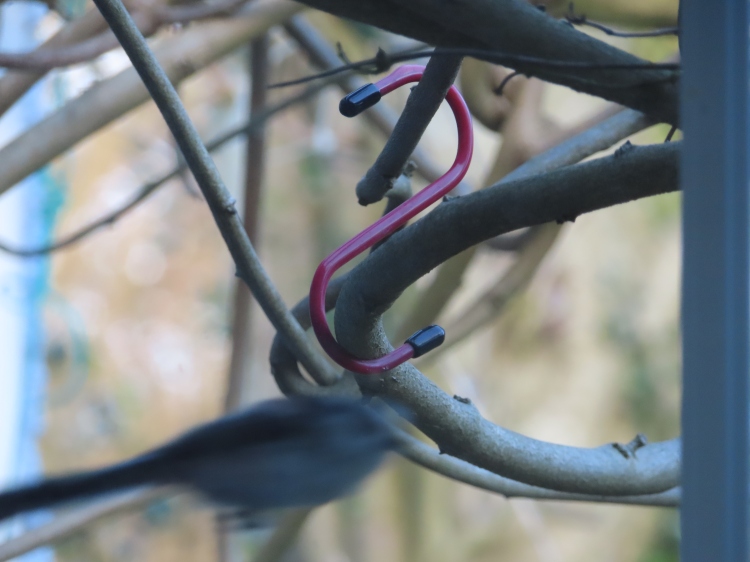 Try as she might, the Assistant Photographer has never quite managed to grab a clear image of the swinging action. You will have to take our word for it that in this picture he really is

‘Catching up with your blog posts drew me again to your trapeze performing ancestors.

The Australian newspapers are littered with references to the Dental Riskits. Pages and pages of them. I can easily outline how to look them up if you are interested. This death notice contains some of the most intriguing family history information I have come across.

and her mother and other relatives  / / /

There are so many memorial notices it is clear that Holly’s family were very close and in great distress at losing family members in quick succession. She had many siblings. Her twin sister was particularly bereft.

and here is an extract from a comment of Gwen’s on another post: ‘On a whim, I typed a search on Riskit into our digitised newspapers and immediately returned this article from1926. Not Holly – his second wife. . . https://trove.nla.gov.au/newspaper/article/186061378?searchTerm=“riskit”&searchLimits=’

This describes an accident involving a 20′ fall while performing.

Mike Ribble, Burt Lancaster’s character in Trapeze, was so injured in the fall shown above that he could no longer perform. My great Uncle Jack Riskit (John Evans) turned to theatre management after his fall in 1926.

This evening we dined on Jackie’s wholesome chicken and vegetable soup with crusty bread followed by her delicious dried fruit lattice pie and custard.