Although less severe, today’s weather was as changeable as that of yesterday.

This morning we drove to Milford on Sea for a repeat prescription. There were more people on the road than there has been of late.

The car parks along the coast were still locked and empty but for this cyclist, 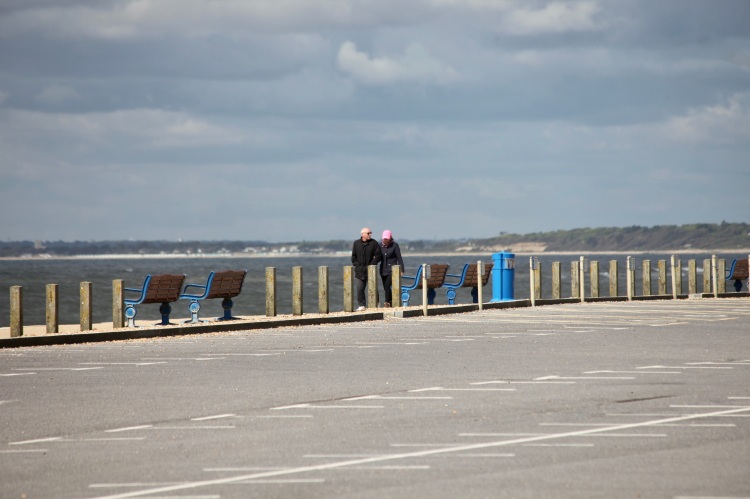 and a couple walking past.

The Needles Eye café has been closed since lockdown began. The louring skies did not deter a number of other pedestrians. The tall straggly cordeline to the right of the picture was receiving its customary battering from the blustery winds 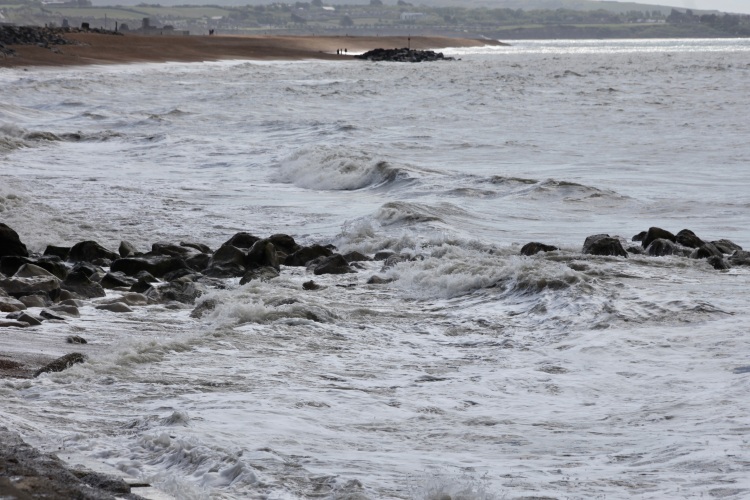 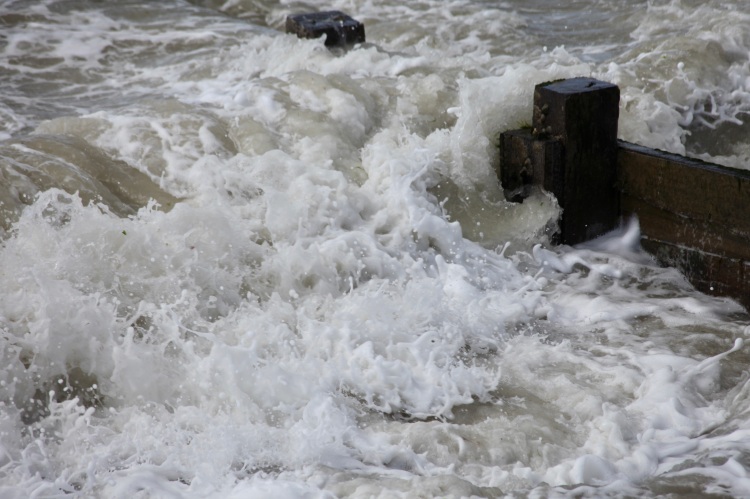 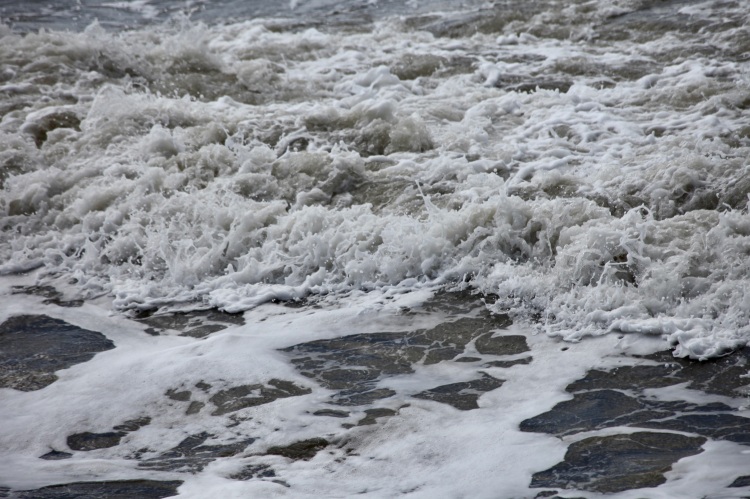 Milky spray churned into vast vats of the latte that is not currently available in the resort’s normal outlets.

Unperturbed by the constantly changing clouds 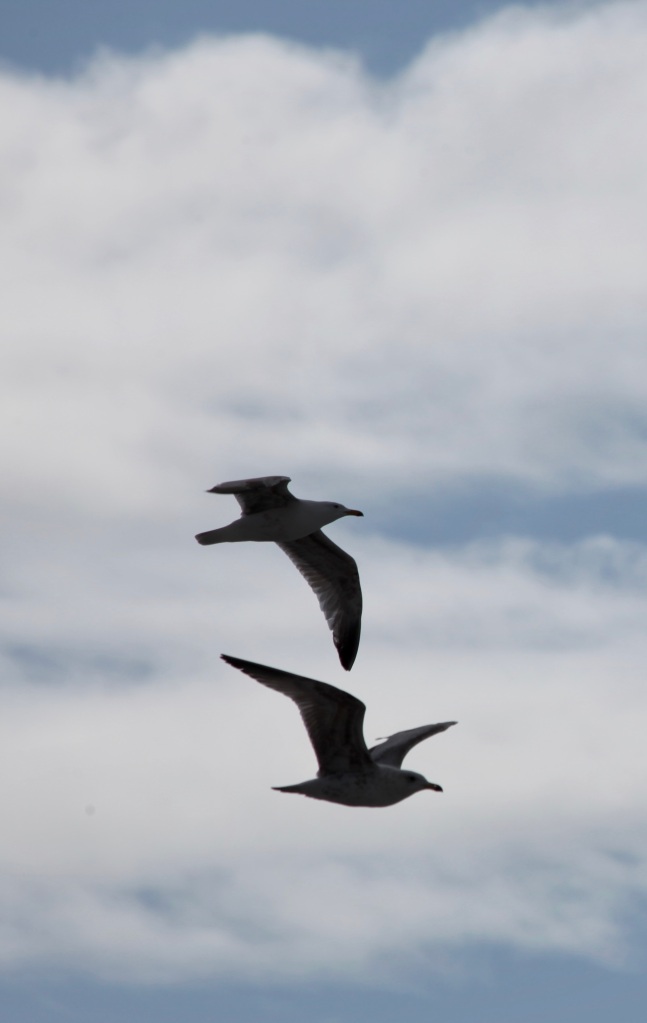 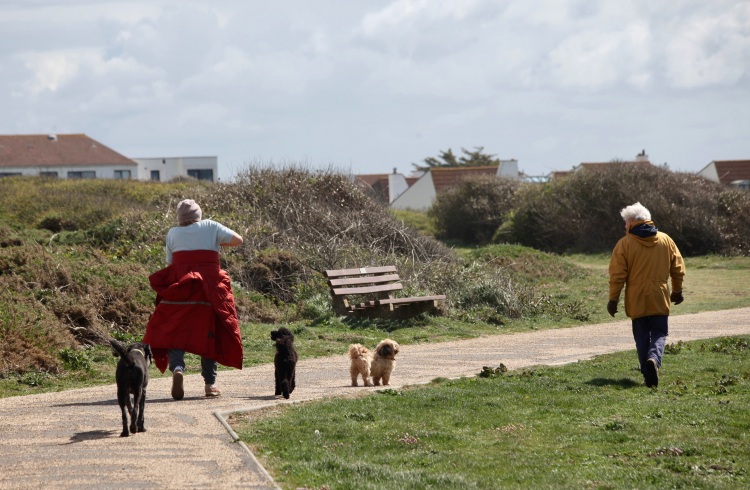 I became engaged in conversation with this couple walking their dogs. The woman helpfully told me how to recover from knee replacements.  She had warmed up enough, despite the cool winds, to wrap her heavy coat around her waist.

As I returned to the Modus another couple left their car and followed their dog to the promenade.

or wandering purposefully among the grasses.

Given that we were out anyway we took a short diversion up to Wootton in search of a pony or two. 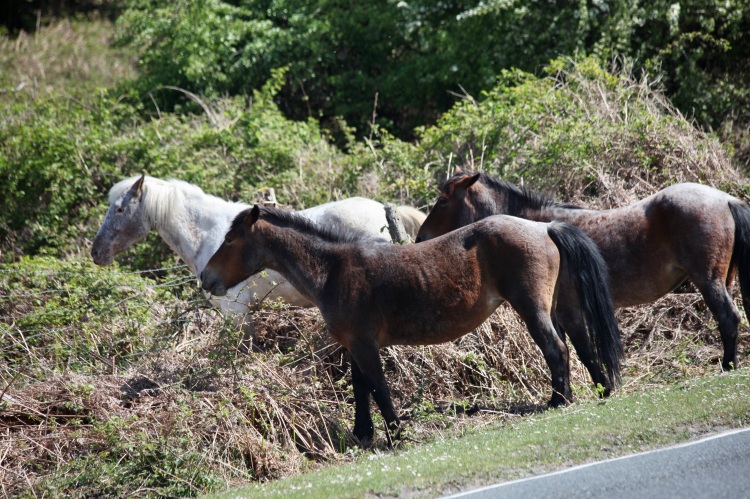 A small group wandering along the road turned

to converse with another in a field.

No doubt following the loner’s directions they made their way individually to the other side.

The grey lagged behind a bit.

One cyclist followed the bend at the junction 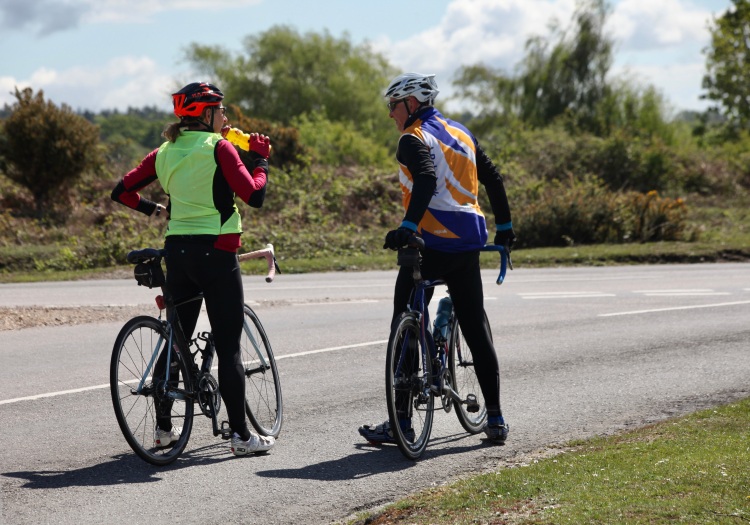 where another pair paused for a break.

On of the field horses seen on the hill sports a protective mask. This does not indicate that its owner has placed one for coronavirus upside down. It is to protect eyes and ears from invasive flies.

70 thoughts on “Not Upside Down”