THE GULL PICTURE CAN BE ENLARGED BY CLICKING ON IT, TWICE IF REQUIRED. OTHERWISE CLICK ON ANY IMAGE IN A CLUSTER TO ACCESS ITS ENLARGED GALLERY

This morning we were in the grip of storm Georgina. This prompted the Muse of my youth, believing that “if we are having to put up with it, we might as well get something out of it”, to take a trip to the coast. I chose Highcliffe as the venue.

It was all right for Jackie, who could take refuge in the car after a brief foray along the clifftop. I, however, had the task of battling down the steep wooden steps to the shoreline in order to capture some images of the sea. Whilst the driving rain lashed my dripping face and the spray lathered my attire, the 60 m.p.h. winds played me like a marionette. I feared for my camera lens which I frequently dabbed with a sodden handkerchief. I couldn’t really see what I was doing, but fortunately the camera had better vision. 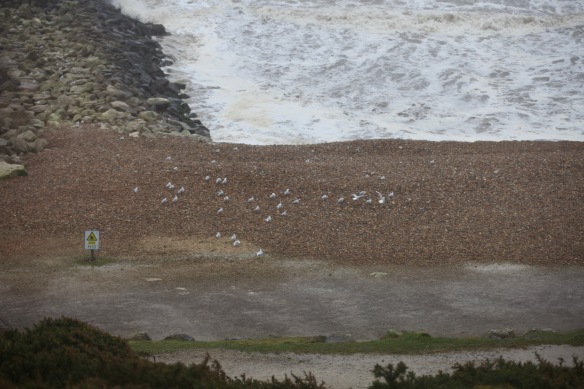 Even the gulls took refuge on the shingle. 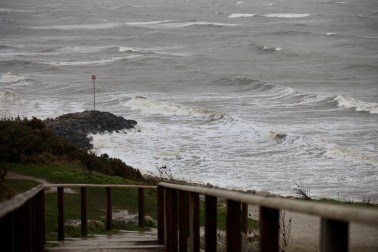 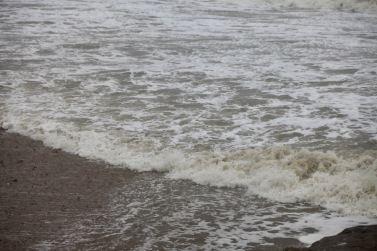 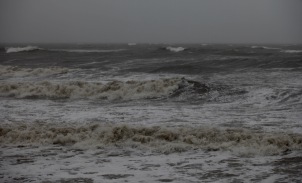 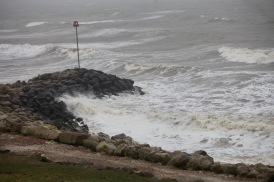 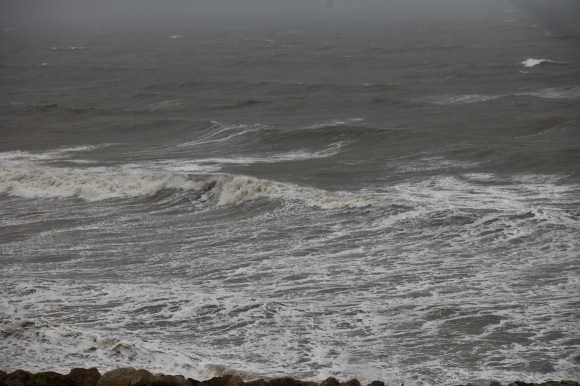 Wave after wave of cream-layered golden syrup swirled around the shore, crashing on the steadfast rocks. 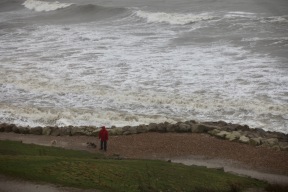 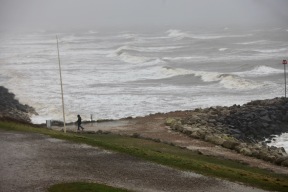 Just two intrepid walkers, one with dogs, also ventured down below, where the flagpole bent like a bow. 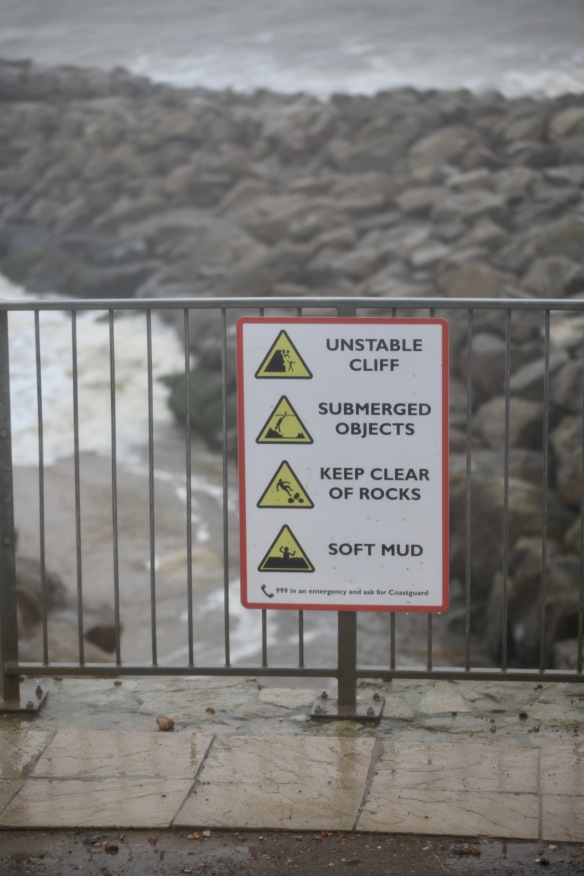 As if the gale were not enough, there were plenty of other phenomena to be warned against. 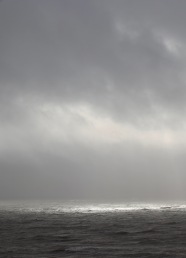 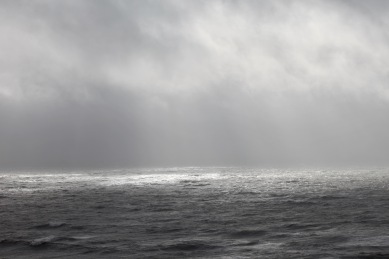 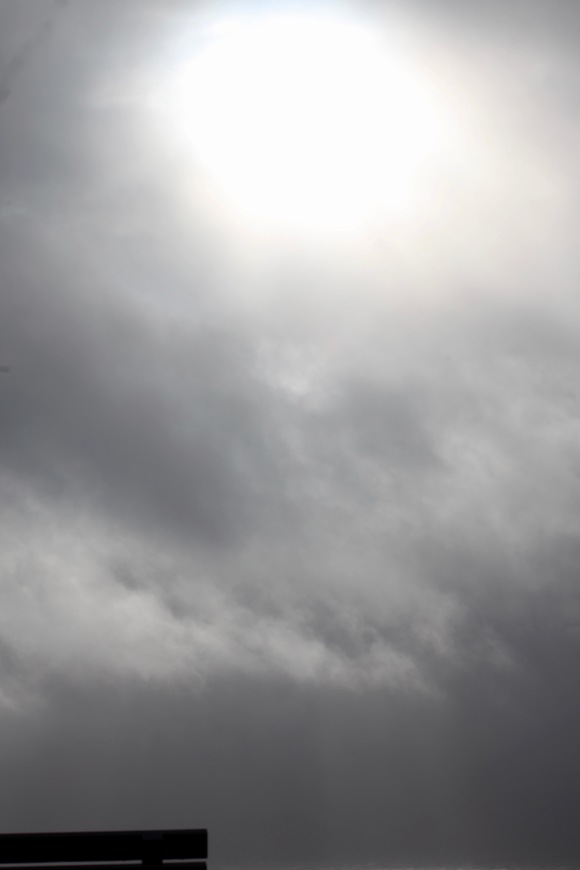 It wasn’t until I had fought my way back up to the car park, that the sun made a brief attempt to put in an appearance.

I have learned that Paul Auster’s works are examples of Absurdist fiction, which essentially focusses on protagonists’ vain attempts to find any purpose in life through a series of meaningless actions.’Ghosts’, being the second novella of this author’s New York Trilogy, would certainly seem a case in point. I finished reading this today. Set as a detective story it pretty much follows the same course as ‘City of Glass’. Who is watching whom?, we wonder. Do we actually care? There didn’t seem much point in this repeat performance. Maybe that was the point. Meaningless it is. Each character bears the name of a single colour, but it is the colour applied to Tom Burns’s illustrations for the Folio Society edition that lift the story, and perhaps this otherwise virtually monochrome post.

Following gyozo and won ton starters for our dinner this evening, we enjoyed Jackie’s really excellent egg fried rice served with pork ribs in barbecue sauce. She drank Hoegaarden and I finished the shiraz.