Becky is producing a power-point training presentation for Mitcham’s Commonside Trust. Trawling through the web for suitable images she found one that was ideal for the point she wished to make. She was unaware of the picture’s provenance. Upon attempting to use it, she found it too large for her purposes. She returned to find out whether she could make it smaller. This time she discovered the credit. The photograph was from one of my posts. 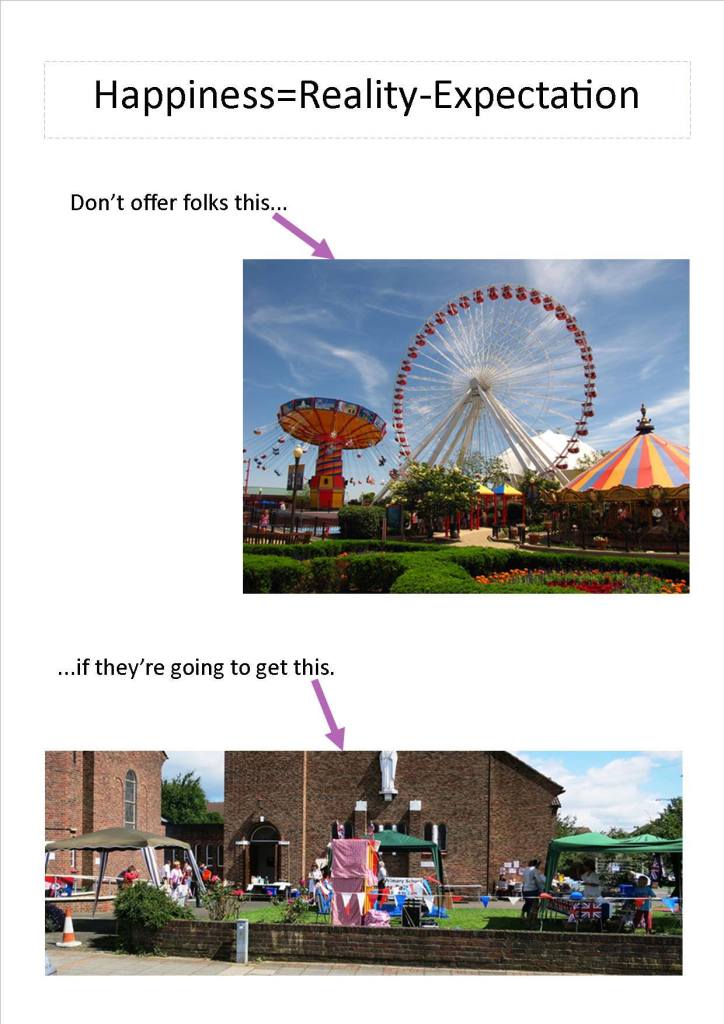 Wondering what were the odds, she has sent me the relevant page from the presentation. The image of the little church fete was my picture. The quality of Becky’s production is clear from her captions.

I have been unable to access the internet on my PC for a couple of days. This is because the icon came up in my taskbar, but I couldn’t move it to the screen. I rang Hewlett Packard this morning and discovered that I had managed to press two keys, so far apart as to make that a very difficult achievement, simultaneously. This informed my computer that it was possessed of two screens, so the internet page wandered off to a non-existent one. With the problem solved, I had 325 e-mails to deal with. Needless to say, that task was not fully completed.

Before phoning technical support, I had hoed, raked, and trimmed encroaching ground cover plants from three gravel paths. I then walked to the post box. The farmer has now harvested his rape crop, so I was able to walk across the field and down to the stream, which was now looking rather dried up, and back. 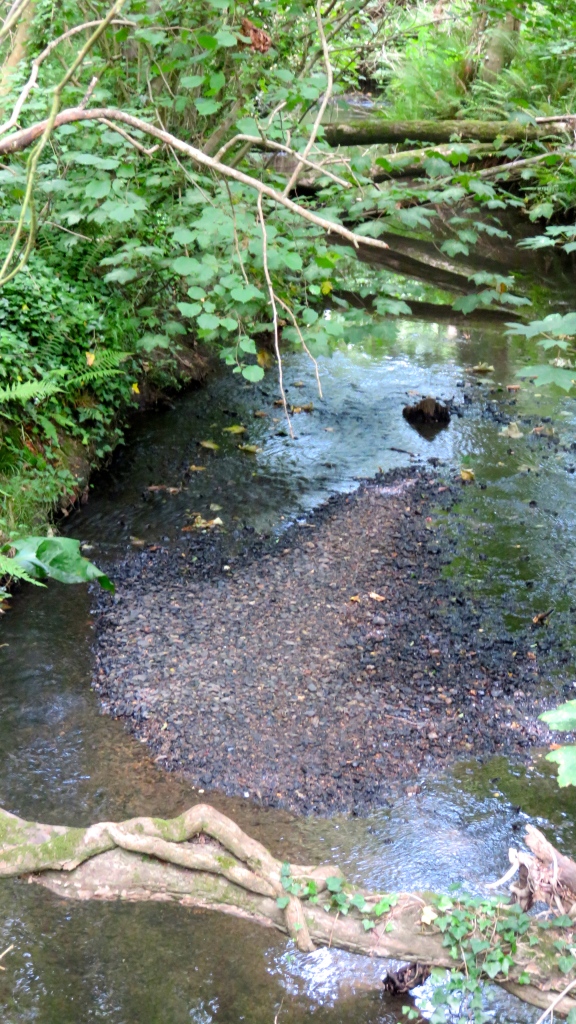 Recently, Jackie heavily pruned a lilac that was growing over the pergola path. This afternoon, with my usual kit of fork, spade, and axe, I eradicated the residue, sometimes tracking trailing roots some way across the bed.

In the front garden the minute flowers of the prolific rambling clematis, Campaniflora dances among the Japanese anemones and everything else within reach of its tentacles.

Special Anniversary is being celebrated in the rose garden, 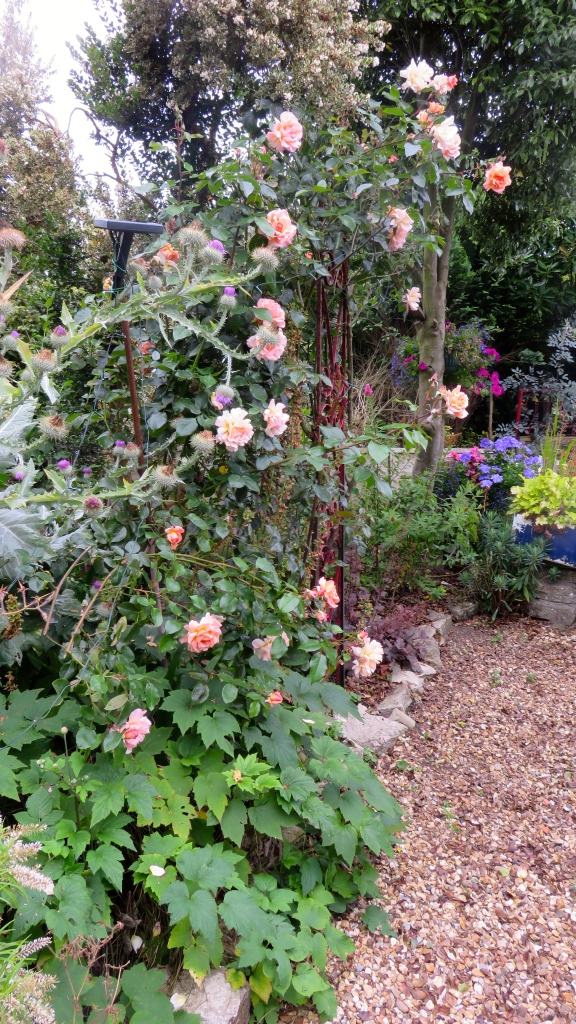 and Compassion soars above the giant thistle and over the Dead End Path.

This evening we dined on gammon steak, lamb’s liver, carrots, cauliflower, and broccoli, all done to perfection. Equally perfectly, I microwaved the Tesco’s syrup sponge puddings, onto which we spooned thick double cream. I drank more of the Teroldego Rotaliano, and Jackie enjoyed her Hoegaarden.