Despite the promising dawn this morning,

and the generally bright, if cold, day, hailstones ricocheted off my window panes as I scanned another batch of colour slides I made earlier -in 1977 to be precise.

That June Jessica, Matthew, Becky and I spent a weekend with our friend Carole in Ipswich.

The two children were happy taking turns in Carole’s hammock.

The following month I attended a steam fair in Mitcham.

This was the wheel of a steamroller

that carried its own oilcan.

Such vehicles were responsible for smoothing out the road surfaces of my youth. Many’s the time we all dashed out into the street to watch and listen to the clouds of steam rising above the  toffee-like tarmac being rolled out under the three whopping wheels.

Enthusiasts painstakingly nurture these splendid, lumbering, giants of the road and display them at fairs across the country. This one was made by Aveling & Porter, the first successful manufacturers.

At the beginning of September, we attended the annual Soho Festival, where we were entertained by

dancers from The Philippines,

and exponents of Korean martial arts. When, having emitted the required sounds, this expert brought his arm down on the breeze blocks each one in the stack was neatly cut into two. Don’t try this at home.

Always popular, the spaghetti-eating competition attracted its usual audience. I console myself with the thought that the scowls in evidence here were prompted by the self-inflicted torture the contestants were experiencing, rather than being a response to my lens. 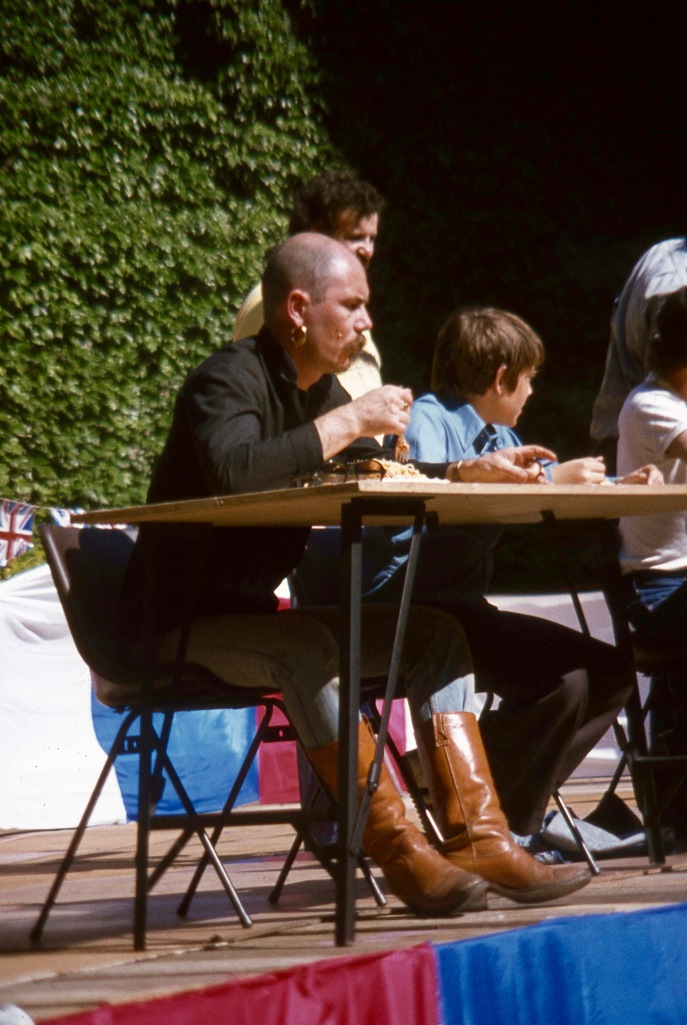 Gypsy Joe, on the end of the table, was, to the locals at least, a well-known Soho photographer.