Watching the suspended petal of a Japanese anemone this morning set me musing. First I considered the strength of the thread that grasped it. As the flower part spun and twisted in the breeze, its captor clung on, just as it would with a fly’s frantically thrashing death throes.

On a more musical note, my head recalled the rhythmic tones of chirpy Chubby Checker from 1960:

This afternoon we went on an outing to Stratford Tony Manor House garden which was open under the National Gardens Scheme. It was my idea of a delightful garden. 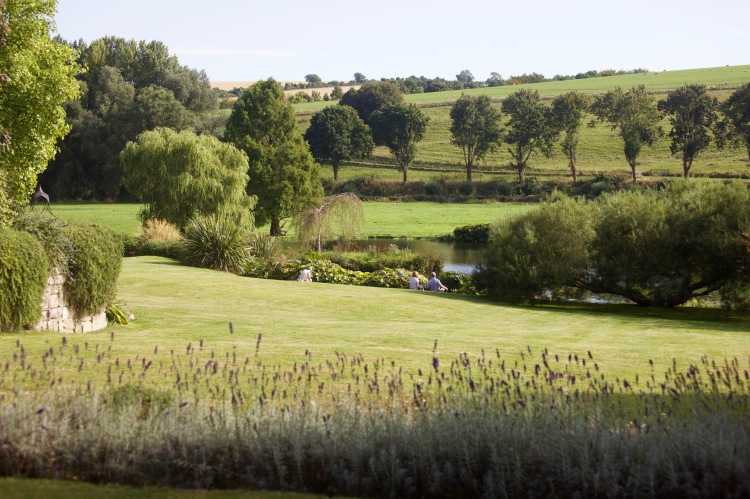 There was space for large lawned areas, many trees, a stream, and a lake. 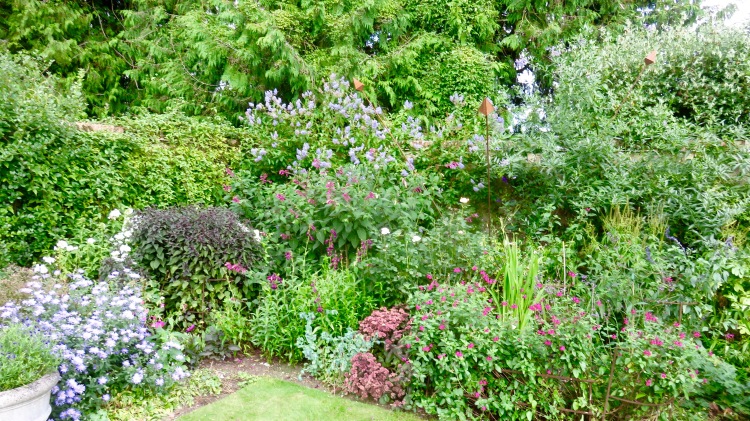 The large borders, especially those planted against walls, were really rather splendid,

and admired by many, 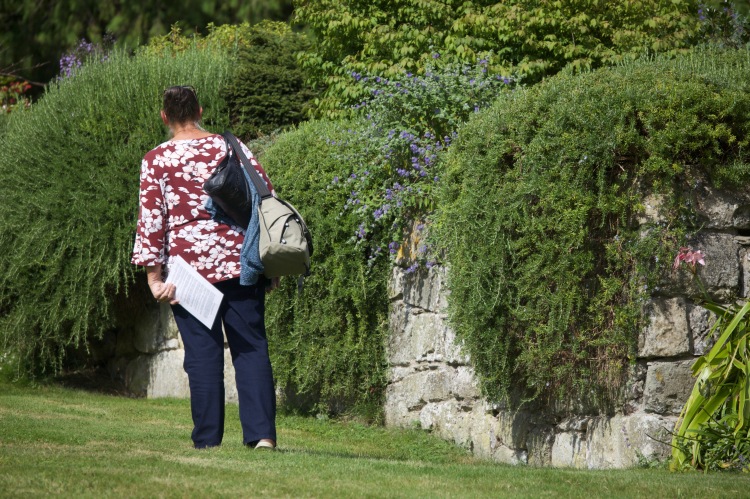 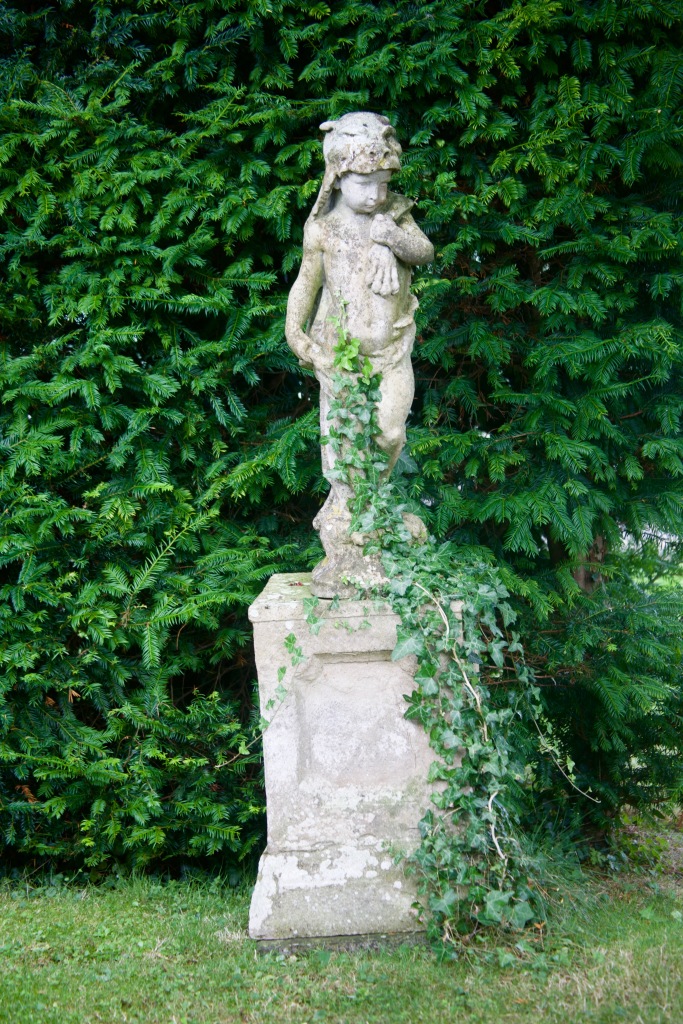 There were a number of interesting sculptures. 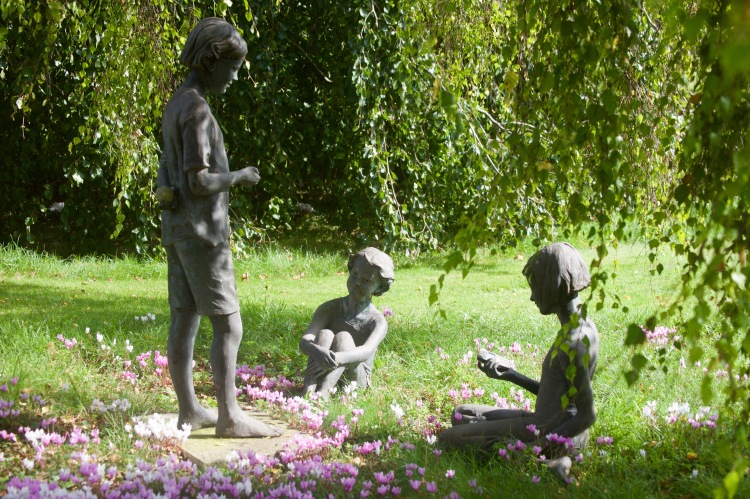 The story behind those of three girls sheltering among cyclamen under a weeping willow is  rather endearing. Made some twenty years ago, they are the daughters of the family. The eldest, now brings her own child to visit the family home. This scene, reminiscent of Enid Blyton characters from an earlier time, has been brought into the 21st century with the subtle placement of a mobile phone. The standing child once had a tennis ball placed with  equal whimsy, but the dog kept taking it.

A more modern garden ornament features in this photograph of a photographer and her subjects. We had a delightful conversation about this, and I gave them details of this blog.

The next picture I made of them will be a surprise to them. (I hope you like it, folks).

Some quite large groups of visitors wandered around, negotiating the sometimes steep slopes, 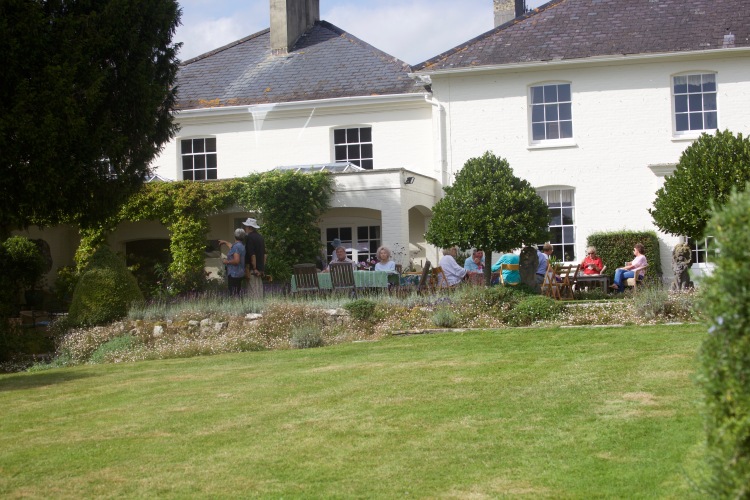 leading to the tea terrace where a very busy team of helpers kept us all supplied. 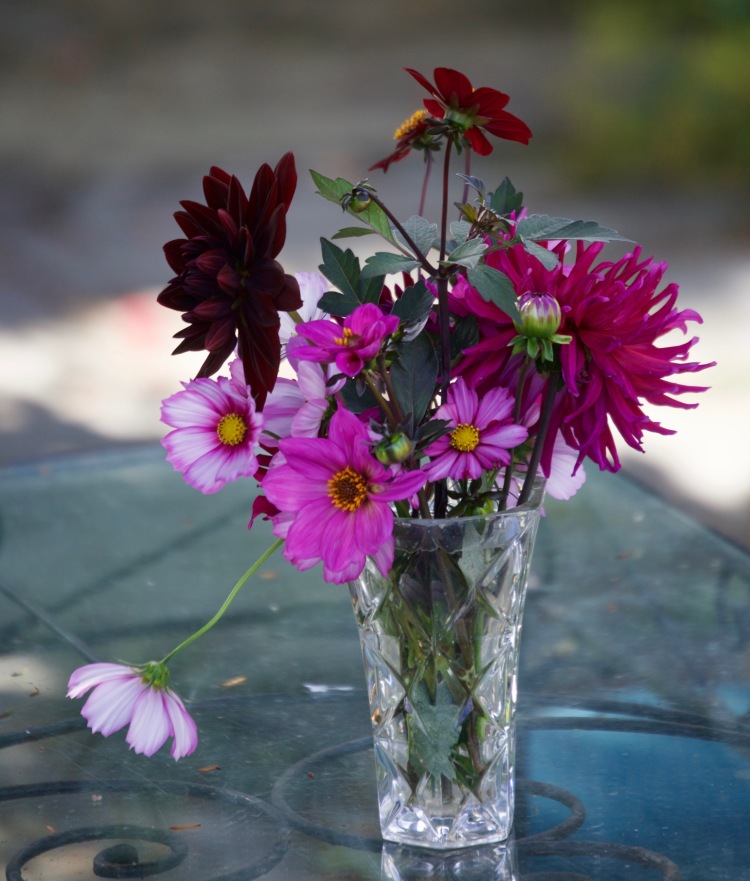 On each table was placed one or two very tastefully arranged vases of flowers.

There were suitably placed bridges over the still lake;

or just contemplating the tranquil scene, 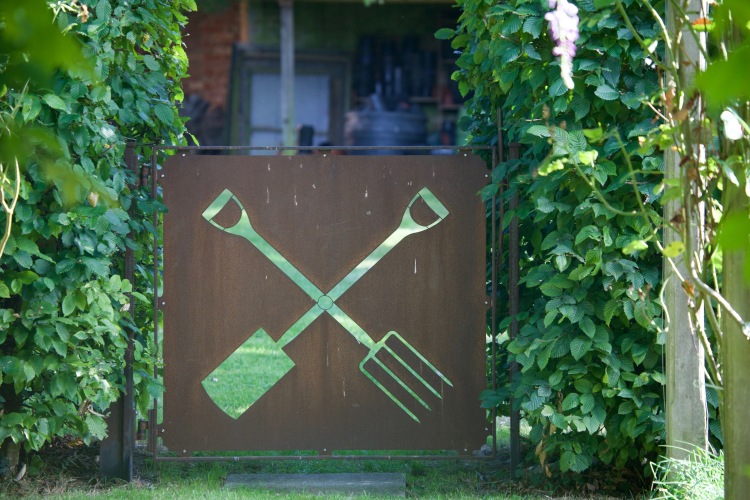 The nicely rusting iron gate to the kitchen garden contrasted with the green grass behind it, revealed by suitable excised symbols.

At a short distance from Stratford Tony, an army helicopter chugged over crows in a recently harvested field

Back at home, Mr Chatty Man Chan of Hordle Chinese Take Away provided our evening meal with which Jackie drank sparkling water and I drank more of the Kekfrankos.

55 thoughts on “A Garden Of Delights”