Today was warmer and just one uniform shade of grey. This morning we travelled by car to New Milton where I visited the dry cleaners, the post office, and the bank. I collected cleaning, mailed a parcel and some letters, and paid a bill. All rather mundane really.

Jackie drove us on to Mudeford Quay where I went for a wander.

On the sheltered side of the quay, not even the gulls occupied the benches.

A crow took off on my approach.

I imagine most people were patronising the Haven House Inn, beyond the Sailing Club masts 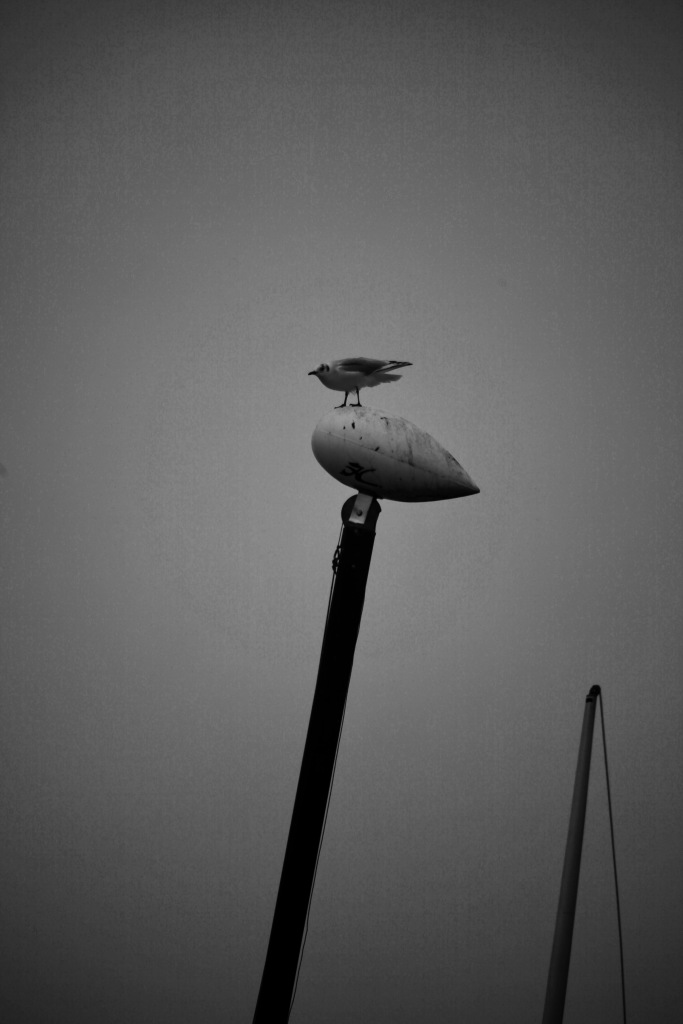 on the top of one of which perched a gull, 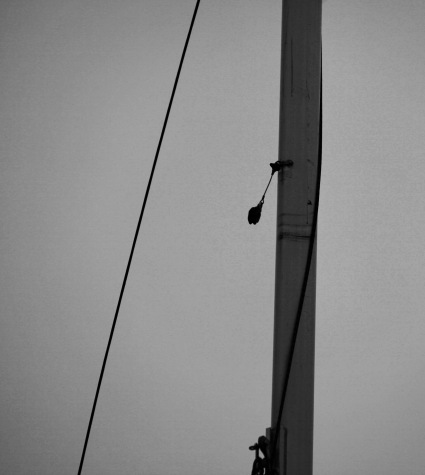 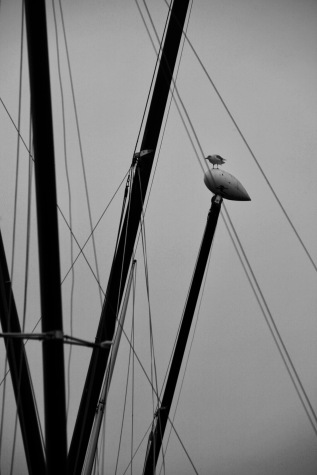 the solitary audience of the jingle jangling rigging orchestral performance.

Most such scavengers harassed those drivers and their passengers taking a break in the car park.

I wonder if anyone has any ideas about what the woman on the spit was seeking. Stones? Shells?

She, of course ventured on the rougher, seaward, side of the harbour, where the waves roared, and no-one emerged from the beach huts. 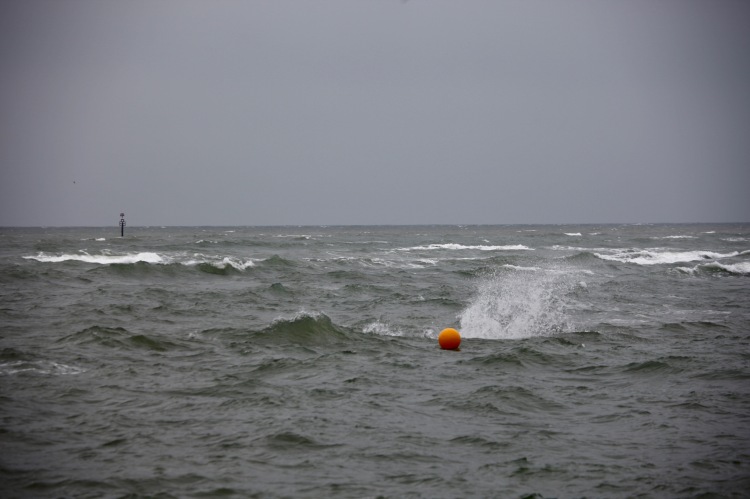 A bright orange buoy bobbed on the surface.

Now you see it, now you don’t.