CLICK ON IMAGES TO ENLARGE. THOSE IN GROUPS ACCESS GALLERIES THAT CAN BE VIEWED FULL SIZE WHEN YOU SCROLL DOWN THE PAGE AND CLICK THE APPROPRIATE BOX.

On a dank and dismal day, Jackie cleaned out the Wisteria Arbour. This involved swabbing down the furniture, clearing dead plants and sweeping a multitude of leaves.

As I came out to report on a FaceTime conversation with Malachi in Western Australia’s Fremantle I could smell the apple mint in the pot at the bottom right of the picture. The tulip is one brought back from Amsterdam by Danni and Andy a couple of years ago.

Malachi, occasionally punctuated by his sister Orlaith and his parents, read me an excellent story he had written and illustrated, and took me on a virtual tour of their new house.

Such an unspringlike day gave me the opportunity to remind ourselves of the season by following our friend, Barrie Haynes’s, prompt and featuring:

I spent the afternoon scanning the next batch of our 1992 Cumbrian holiday spent at Towcett with Ali, Steve, and James. 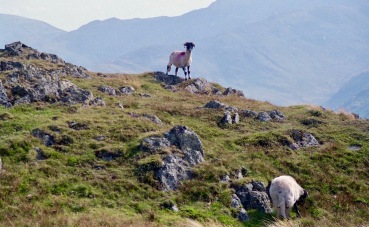 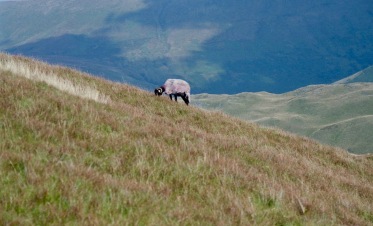 On 18th August we climbed the fells from Haweswater where we made the acquaintance of mountain sheep who looked rather more comfortable than I felt. 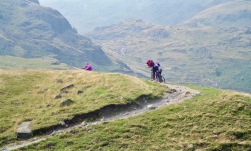 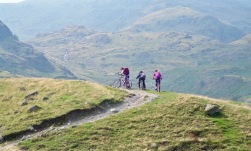 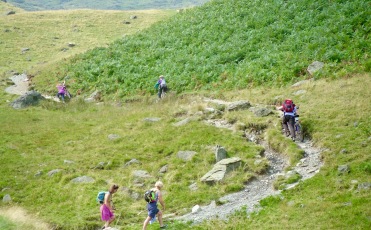 The youngsters, Louisa, naturally taking the lead, ascended with the help of mountain bikes and the rest of us hiked.

As we know, Louisa is game for anything, but it looks as if she found this banana split, consumed at Tudor Restaurant, Penrith, rather daunting.

We stayed at Teal Cottage, one of the holiday homes in the grounds of Towcett House, the home of Jessica’s cousin Angie, and her then husband Viscount Hugh Lowther. There, Sam manufactured a bow and arrow and an archery contest soon got under way.

Louisa was first at the butts; 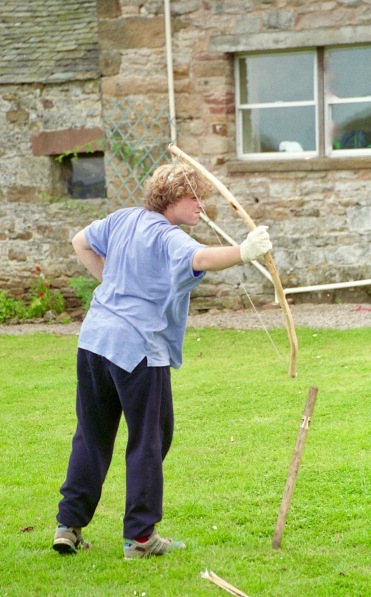 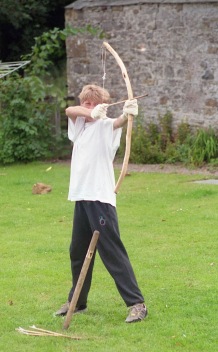 and James brought up the rear.

I am grateful to Mary Tang for explaining how to remove the date stamp from these photographs.

Mr Pink’s fish and chips in Milford on Sea re-opened a few days ago, nine months after a fat fryer fire requiring thorough refurbishment. We were pleased to welcome them back and take cod and chips home to eat with gherkins and pickled onions. I drank more of the Bordeaux with mine.