On this dull but dry morning, we transported more garden refuse to the dump and returned with a shove ha’penny board. First of all, having just received a contract giving a start date of 31st March 2014, but no bill I made another telephone call to British Gas. This time I was informed that my position was justifiable. Having consulted her manager the representative told me she had to “monitor the account” until 23rd August, but I need not “stress about the three years” during which I have not been billed.

Before we arrived home, we drove to Friar’s Cliff Café for lunch, then on to the forest. 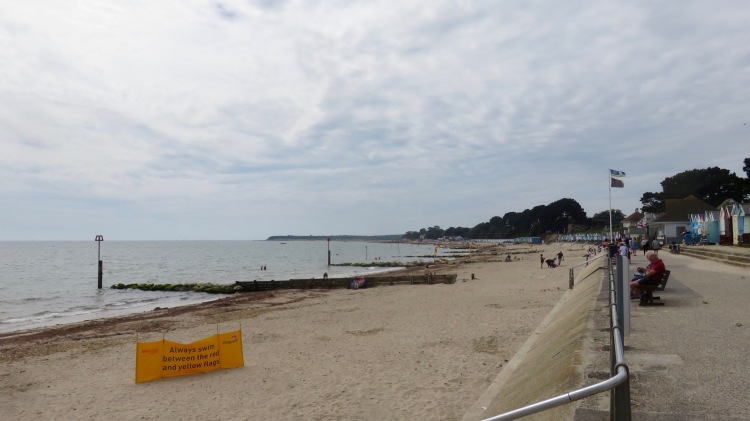 A large banner on the beach at Friar’s Cliff advised swimmers to stay between two flags;

some followed the advice; 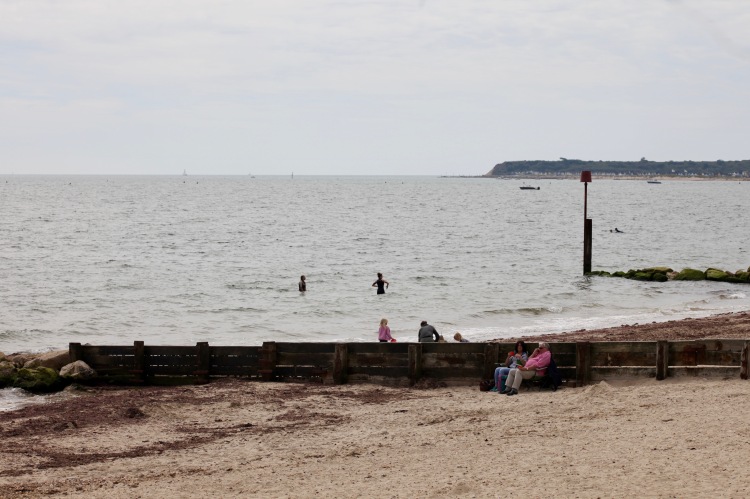 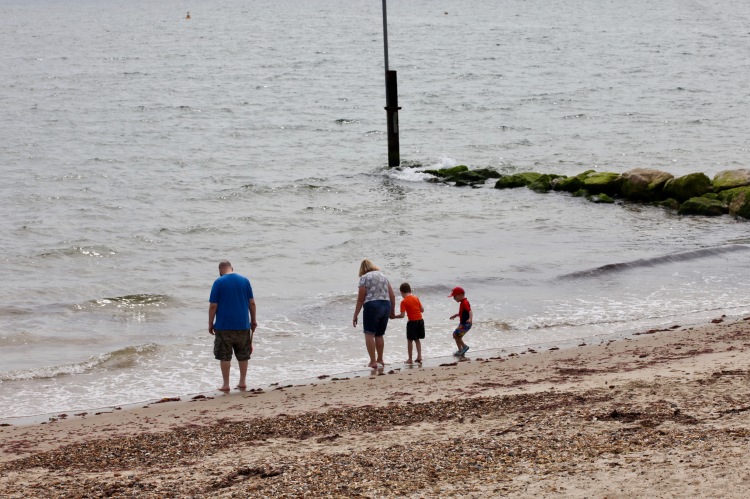 Young families went for a paddle,

or, like this energetic boy tossing up spits of sand,

employed their buckets and spades.

A pair of rowers gently glided by.

Jackie enjoyed her baked potato filled with beans, coleslaw, and cheese with a lavish salad. I was, for the first time ever in this excellent establishment, was disappointed with my pulled pork burger, chips, and salad. Any relative difference in size is purely the result of perspective. 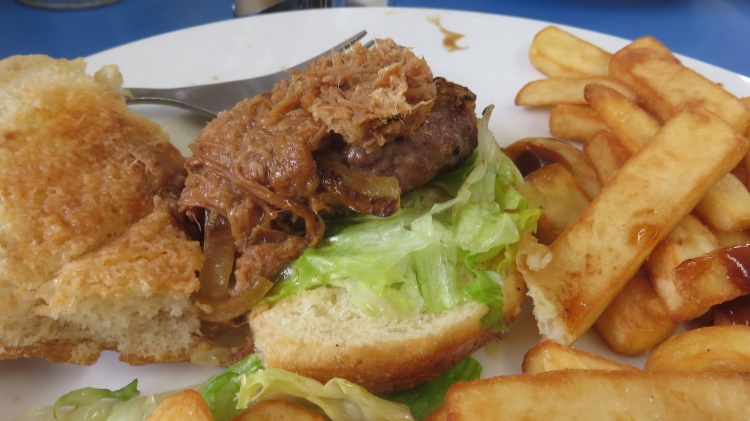 My problem was that the few bits of lettuce beneath the burger constituted the salad, and the burger was beef with a topping of the shredded pork. I didn’t think that lived up to the above description, but was prepared to write it down to experience and make no complaint. We were, however, asked how our meal was, so, politely, and in a friendly manner, I explained why it wasn’t what I expected from the description. This was accepted and the description will be changed.

At the top of the cliff a hedge containing rosa rugosa Alba with its splendid hips, 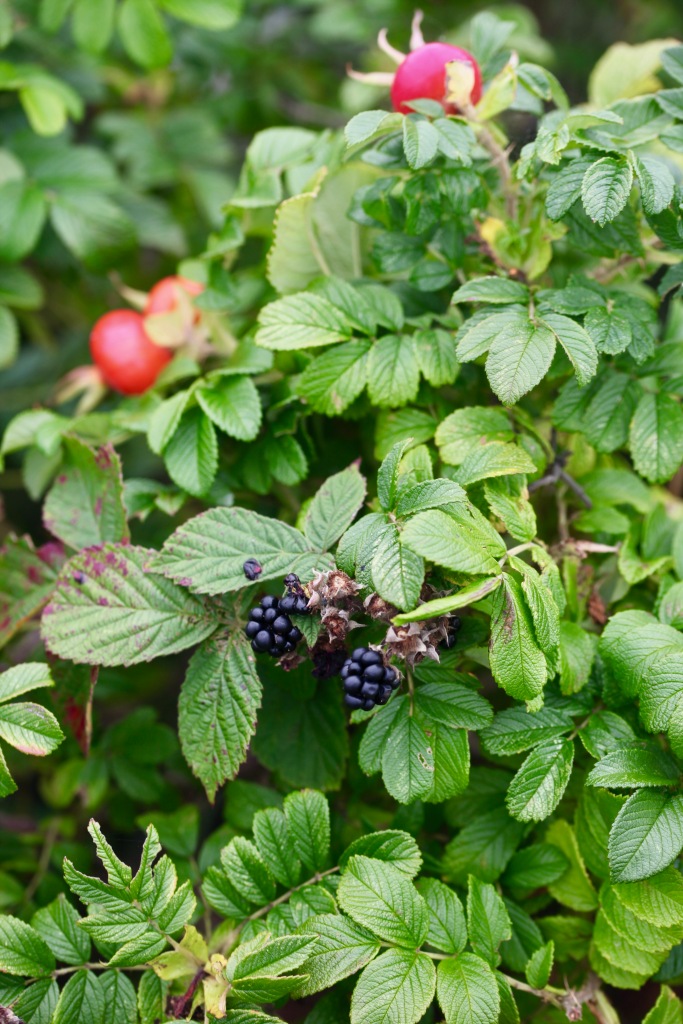 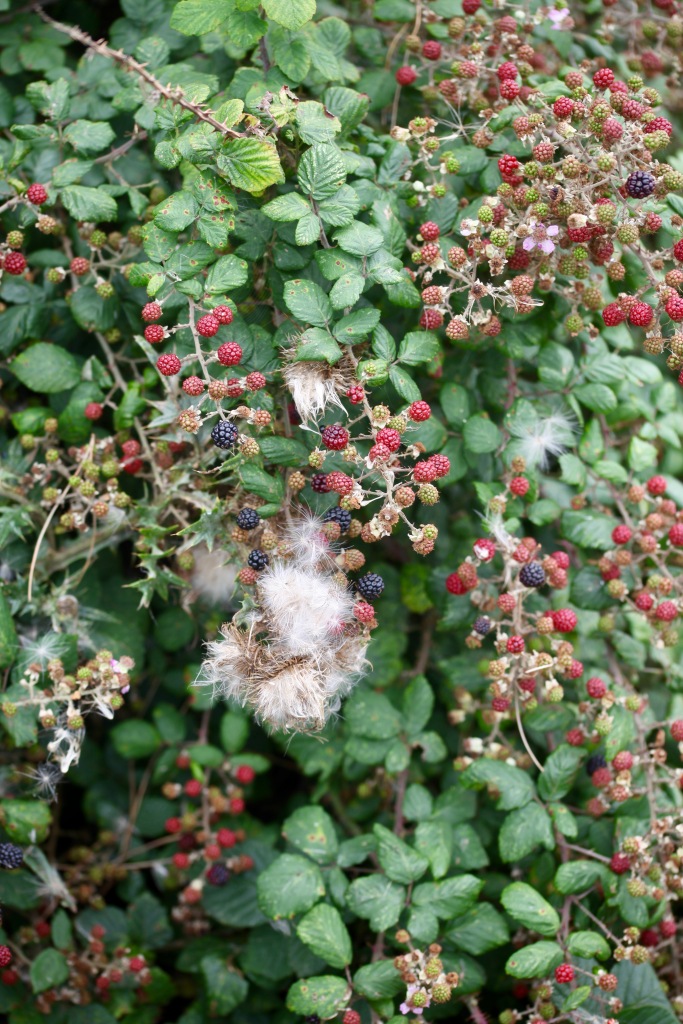 and Budweiser, tolerates the fiercest winds. 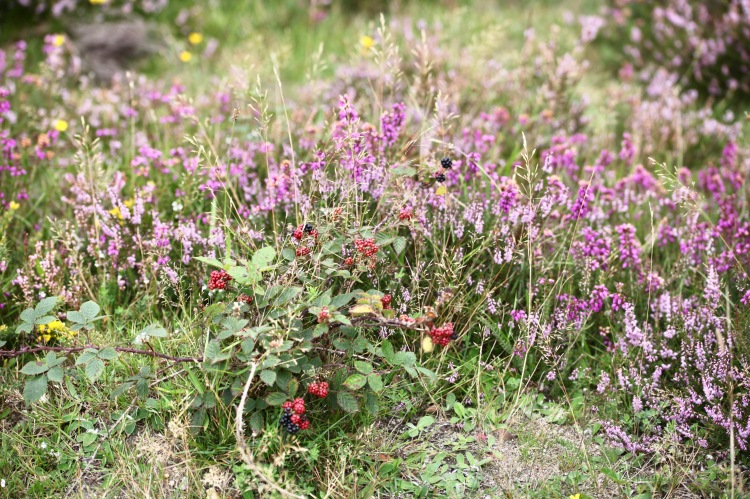 the heather on the moors. 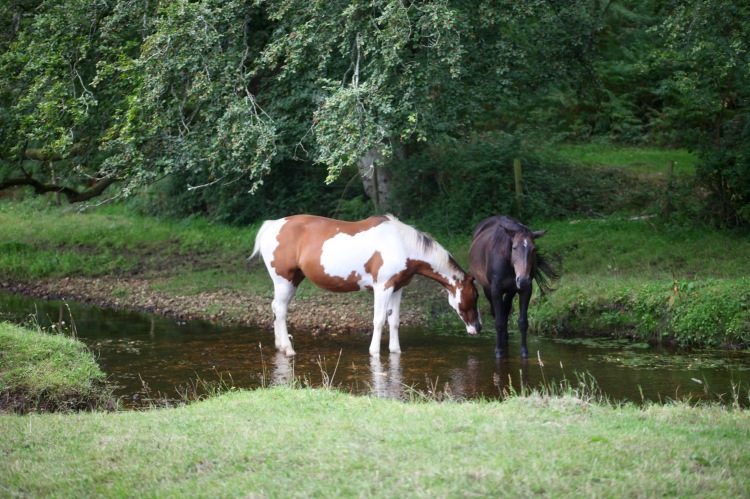 Horses at North Gorley preferred to do their paddling in the stream; 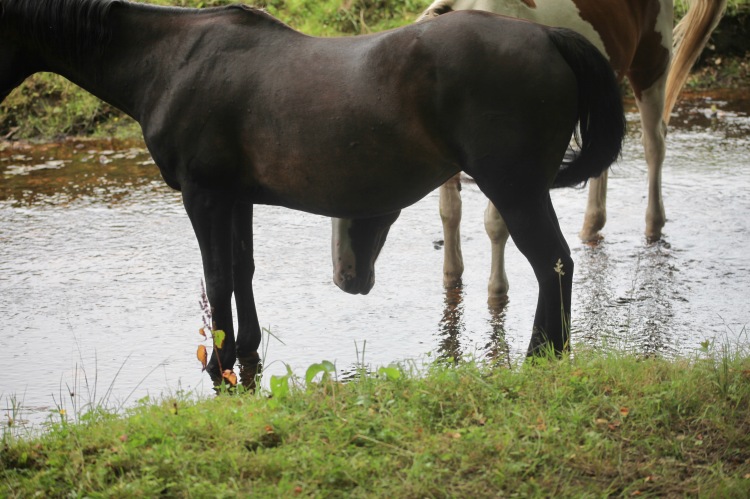 one, rather shy, took refuge behind its companion.

As we approached Stoney Cross Plain, Jackie spotted a bullock she thought had found the meaning of life.

You have seen what we had for lunch, so will not be surprised to learn that a small amount of Mr Chan’s Take Away sufficed for our sustenance this evening.

49 thoughts on “Savouring The Meaning Of Life”