In the early morning light this morning, carrying the camera, I walked to the far end of the back drive to open the gate for Aaron.

The peach rose we inherited beside the patio is producing more blooms.

This geranium hangs in a basket suspended from the kitchen wall.

Fuchsia Delta’s Sarah in the bed beside the Wisteria Arbour was still in shade. After taking this picture I dead-headed a number of small orange poppies.

Clumps of these heady scented lilies stand either side of the Westbrook Arbour.

I turned into the back drive around the corner of the New Bed, where crocosmias blazed in front of verbena bonarensis.

There are two Dearest rose bushes in the herbaceous border along the drive. One is laden with blooms; the other is struggling.

Later, Elizabeth visited with Danni and Andy in order to deliver various items of equipment for her room. My sister has sold her house and not yet found another. She will live with us while she seeks one.

Jackie and I watched the Wimbledon men’s final between Kevin Anderson and Novak Djokovic. 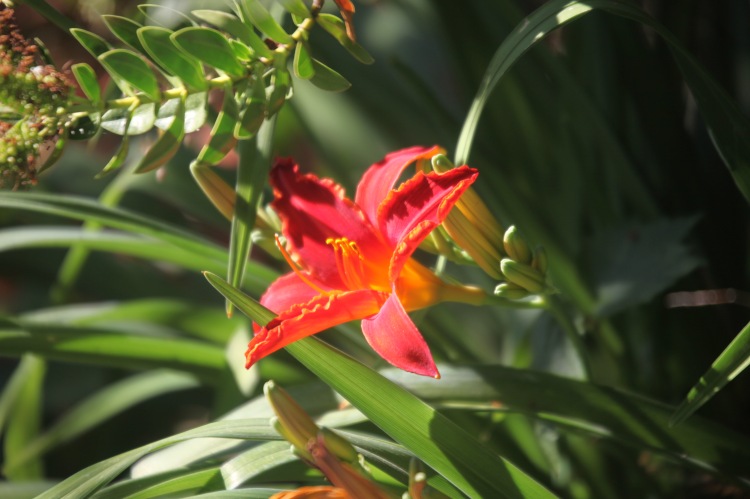 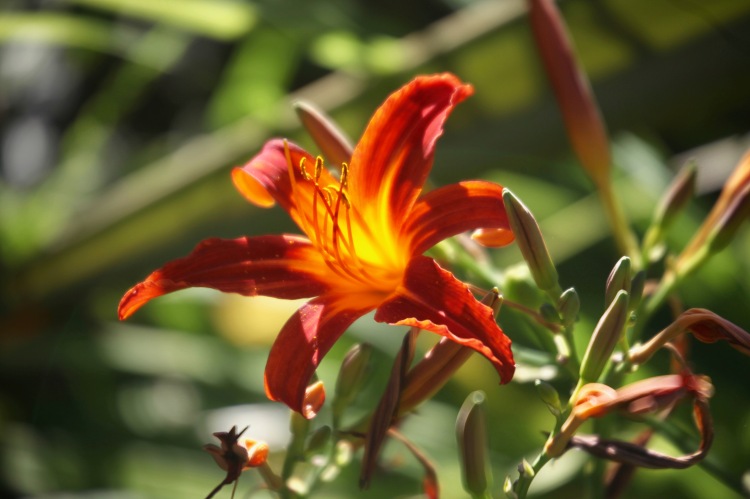 and a bright red hydrangea.

This evening we dined at Lal Quilla. I chose Davedush, while Jackie’s preference was Chicken dopiaza. We shared an egg paratha and special fried rice, and both drank Kingfisher.

78 thoughts on “Morning And Evening Light”