CLICK ON ANY IMAGE IN A GROUP TO ACCESS ITS GALLERY, INDIVIDUAL MEMBERS OF WHICH CAN BE VIEWED FULL SIZE BY SCROLLING DOWN AND CLICKING THE BOX AT BOTTOM RIGHT

Last autumn, Jackie bought a job lot of gladioli corms, having no idea what colours would emerge. She was so excited by these blue ones that she had to tie up as a protection from today’s steady rain descending from a granite sky, that I just had to brave the elements to photograph them.

The Ashes series of 2005 was one of the greatest cricketing contests between England and Australia. This iconic photograph from Getty Images of Andrew Flintoff comforting Brett Lee after a fighting innings which just failed to snatch the Edgebaston match from England is considered a picture of one of the most sporting moments ever.

That series was a turning point for cricket in England for three reasons. The first is that BBC lost the recording rights of International cricket to Mammon, in the form of Sky Sports, who outbid them. This means that those young children, whose resurgence of interest in the game formed the second point, could only watch live games via a subscription to the media giant.

My grandson Oliver was the third reason. In the Spring of that year, I had taught him the basics of batting and bowling in the garden at Newark. He watched the series, closely studying the batting techniques on screen. By the end of the Summer, although I still had something to offer as a  bowler, it was apparent that I had nothing more to teach the lad whose skills far exceeded mine. 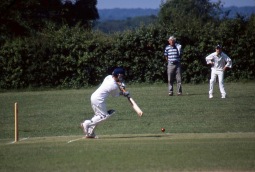 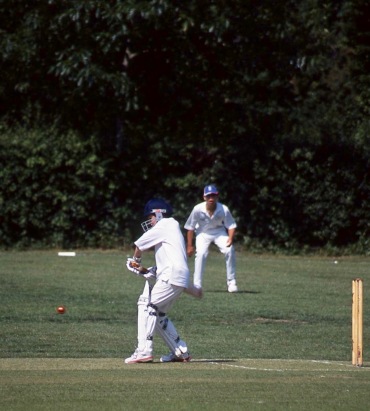 By August 2007, when I made these colour slides scanned today, the eleven year old boy was an opening bat for the lower sides of Sanderstead Cricket Club.

53 thoughts on “A Turning Point”