CLICK ON ANY IMAGE IN THE GROUP TO ACCESS ITS GALLERY, INDIVIDUAL MEMBERS OF WHICH CAN BE VIEWED FULL SIZE BY SCROLLING DOWN AND CHECKING BOX AT BOTTOM RIGHT

Between phone calls wrestling with internet connection problems, while Jackie began the process of moving the less hardy plants to their winter quarters in the greenhouse, I wandered around the garden inspecting the surprises it still holds for us. Being a natural optimist I hoped I would be able to post my findings later. 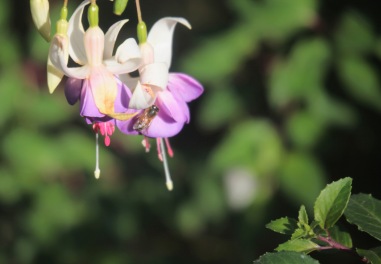 We have a profusion of prolific fuchsias, not all of which I can name. A bee clambered dozily into one of the Delta’s Sarahs. 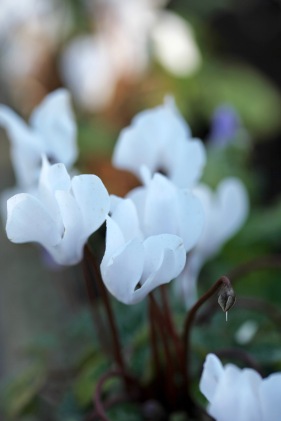 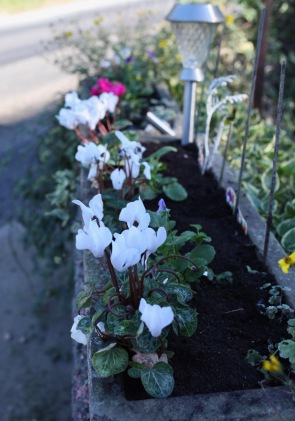 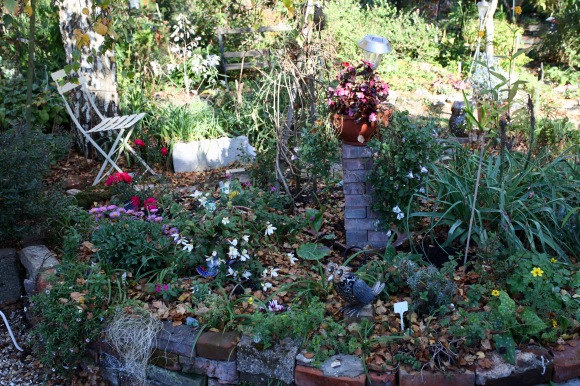 Cyclamens grace the stone tubs on the front wall, and various beds, such as that of the Weeping Birch, also home to asters, begonias, geraniums, petunias, bidens, and a red carpet rose. geraniums and petunias also bloom in other beds and containers. 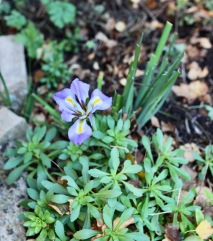 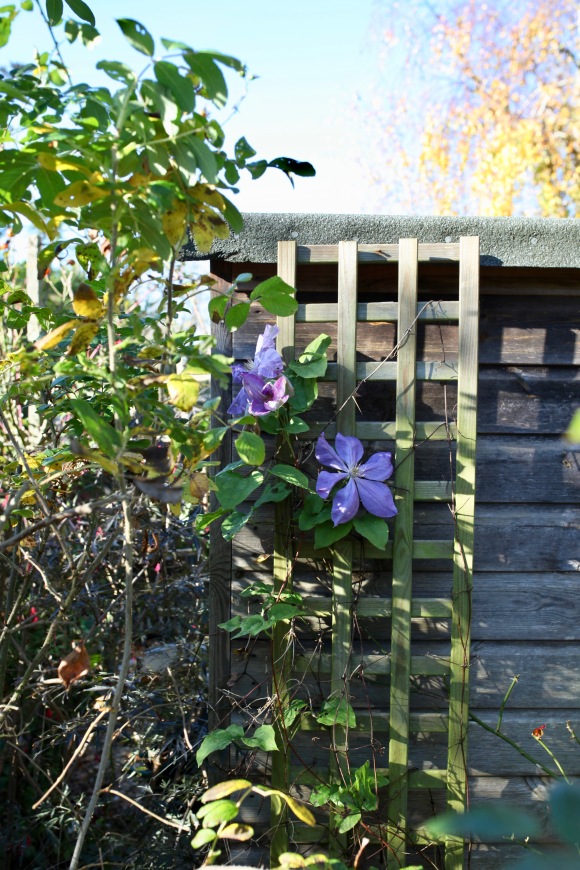 The primula survives in the West Bed; a little blue iris reticulata in the raised bed; a clematis once again scales the potting shed trellis; 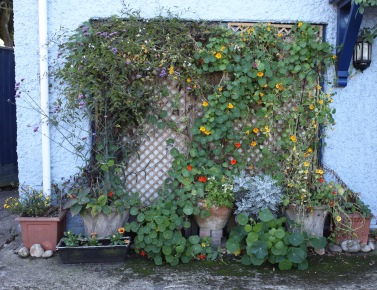 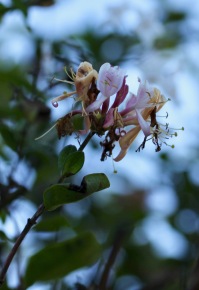 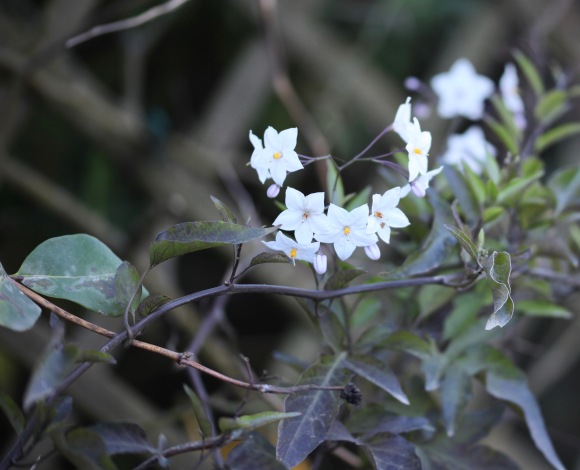 the ubiquitous verbena bonariensis, such as that in a container in front of the garage, stands proud beside its neighbouring nasturtiums, and the honeysuckle and solanum ascending the right hand trellis. This morning glory may have been a late developer, but it is making up for lost time; hot lips are persistently, provocatively, pursed. My wanderings involved a few trips up and down the Brick Path.

It must be more than thirty years since I bought our now threadbare but structurally sound Chesterfield sofa from Heal’s. This afternoon it was removed for reupholstering.

This evening we dined on Jackie’s succulent pork chops with mustard and almonds; new potatoes; crisp carrots; tender cabbage and sautéed peppers and onions. The Culinary Queen drank Hoegaarden while Elizabeth drank Hop House lager and I drank Réserve de Bonpas 2016. This meal prompted me tell the relevant story that was told in ‘Chamberlayne Road’.

49 thoughts on “Up And Down The Garden Path”