I have previously mentioned an unfortunate complication arising from my knee replacement operation in May. Today, after some delay and a cancellation, Jackie was able do drive me to Lymington Hospital for a visit to consultant, Mr J. Douglas. After various tests he offered the opinion that my prostate is only slightly enlarged and that there may have been some internal damage caused by efforts to insert a catheter. He was not worried about this, but, given that I cannot have my second knee replacement unless the condition, which might need a catheter designed for this not unusual problem, is confirmed, he has placed me on an urgent referral for further investigation with a camera.

Before this visit we lunched at Redcliffe Garden Centre at Bashley. Written on the roof supports of the establishment’s restaurant are memorable quotations about gardening. Following on from one from Longfellow is this one by

‘My Grandad’. Enlargement should make this legible, but for those needing it, here is the text: ‘A face without freckles is like a garden without flowers’.

I chose the steak pie meal. The excellent gravy relieved the impression that the meal was perhaps a bit overheated – it was, however, the last one, and despite appearances tasted very good. Jackie enjoyed her customary jacket potato with tuna mayonnaise and plentiful fresh salad.

We had taken a diversion in the forest. At Brockenhurst, just as I drew a bead on it a heron took off from the bank of a stream outside Brockenhurst.

After the consultation we sped off to the GP Surgery at Milford on Sea to deposit a requisition for medication to relax the casing of the prostate. Naturally this led us to the coast just before sunset. 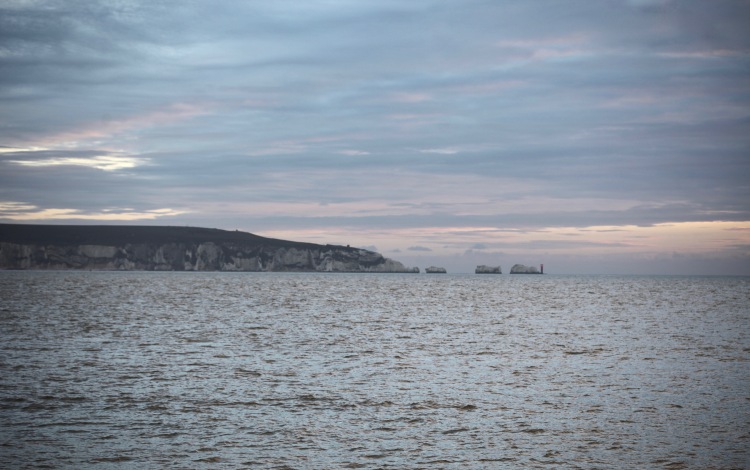 The Isle of Wight, The Needles, and the lighthouse sat well in their pink and indigo pastel surroundings.

This colour scheme set off the more strident streaks of the setting sun, 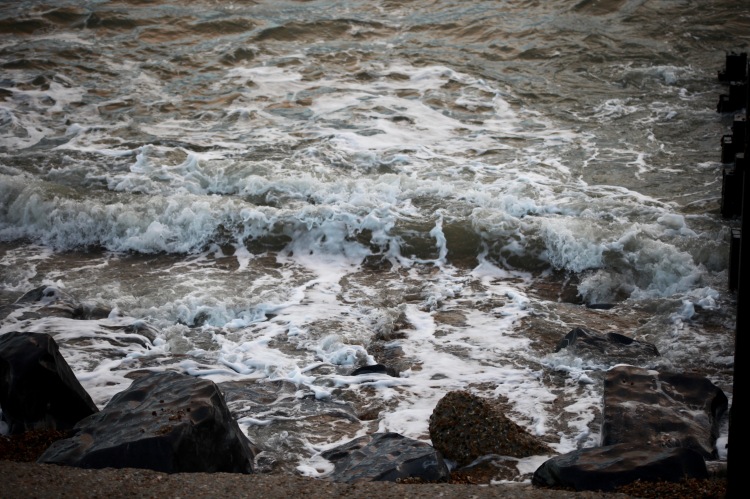 As usual the heaving sea, the rock-splashing spray, and the crunching shingle reflected the overhead hues.

78 thoughts on “A Quotation From My Grandad”