Today I watched recordings of the Rugby World Cup matches between Georgia and Uruguay, and between Wales and Australia. Taking breaks from these matches I made crops of Jackie’s photographs, and took the nesting box one myself. It is so good to employ a most competent Assistant Photographer. 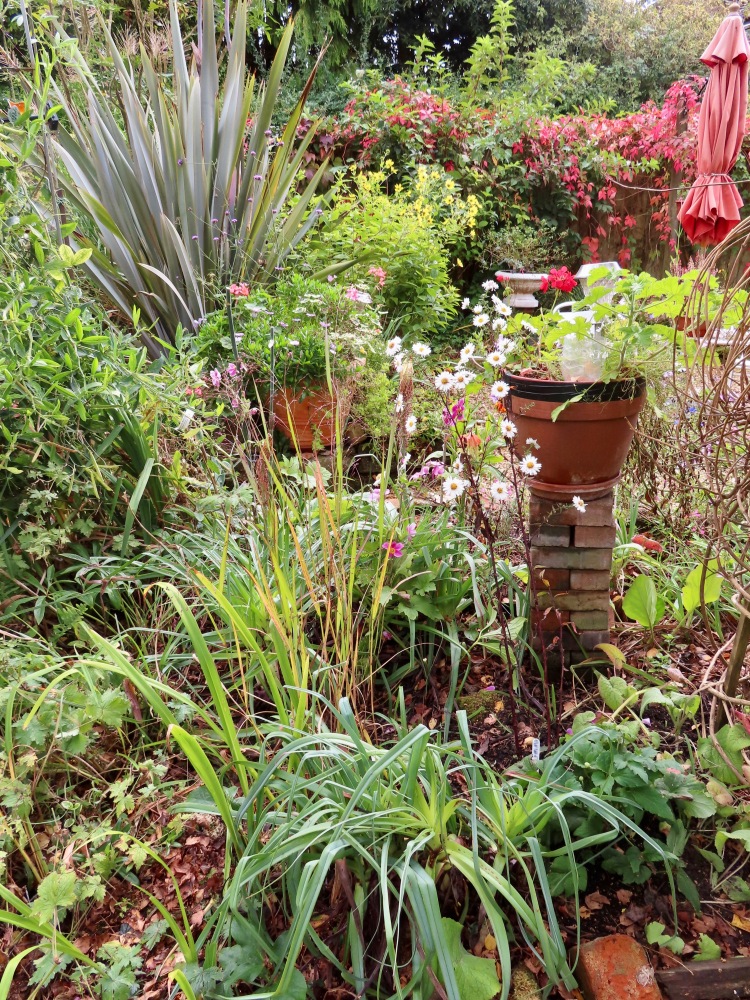 Jackie carried out planting, mostly in the Weeping Birch Bed – such as White Ladies asters, and grass panicum Warrior – hindered of course by  Nugget who at one point nipped neatly onto her chair when she left it. 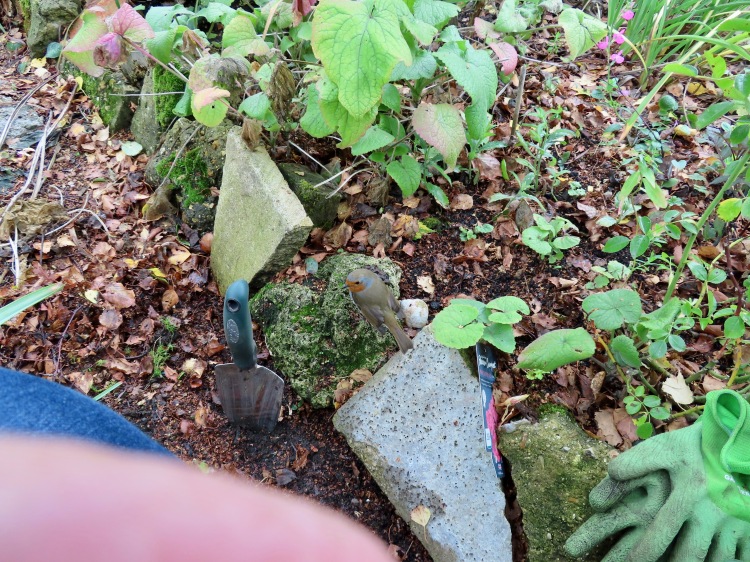 Those readers who have missed Nugget in the last couple of posts have nothing to fear, our little robin is here. The scale of this picture showing a flash of Jackie’s jeans and a glimpse of her arm, the trowel beside the tufa on which he stands, and the pair of gardening gloves demonstrates just how little he is.

The tufa on which he stands is, according to Wikipedia,  ‘ a variety of limestone formed when carbonate minerals precipitate out of ambient temperature water.’ Plants grow on it.

He doesn’t take up much room on a trowel, but he can delay the Head Gardener using it.

When Jackie was sitting in the chair mentioned above, Nugget would dart from this stone under her seat in search of fodder.

The finely woven wicker-work of his plumage is most intricate. 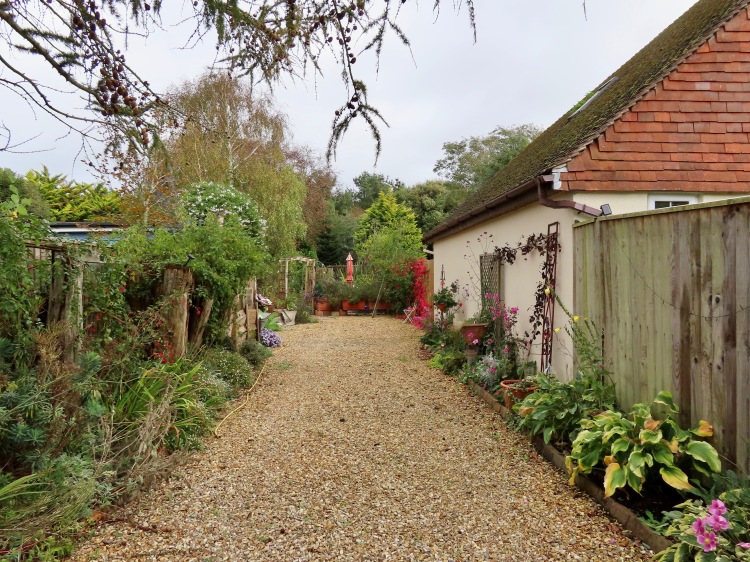 Whilst at the south end of the garden Jackie also photographed the Back Drive;

its Japanese anemones against the white wall of No. 5 Downton Lane; 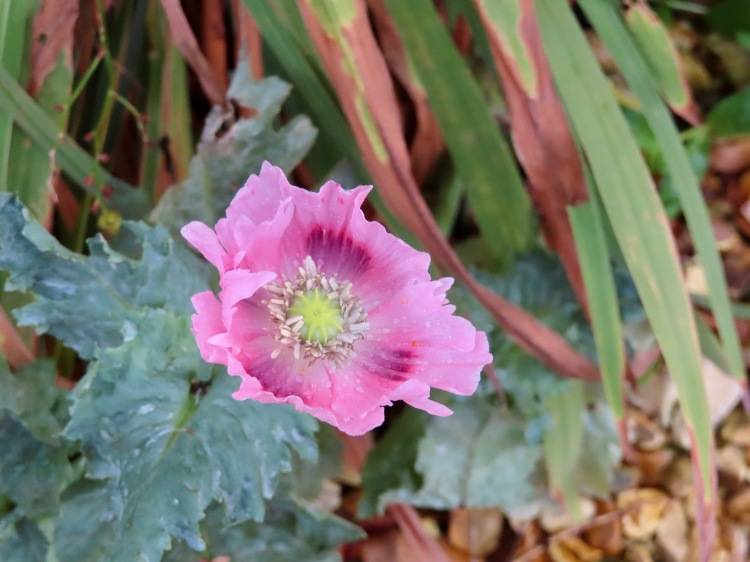 raindrops on its out of season poppy 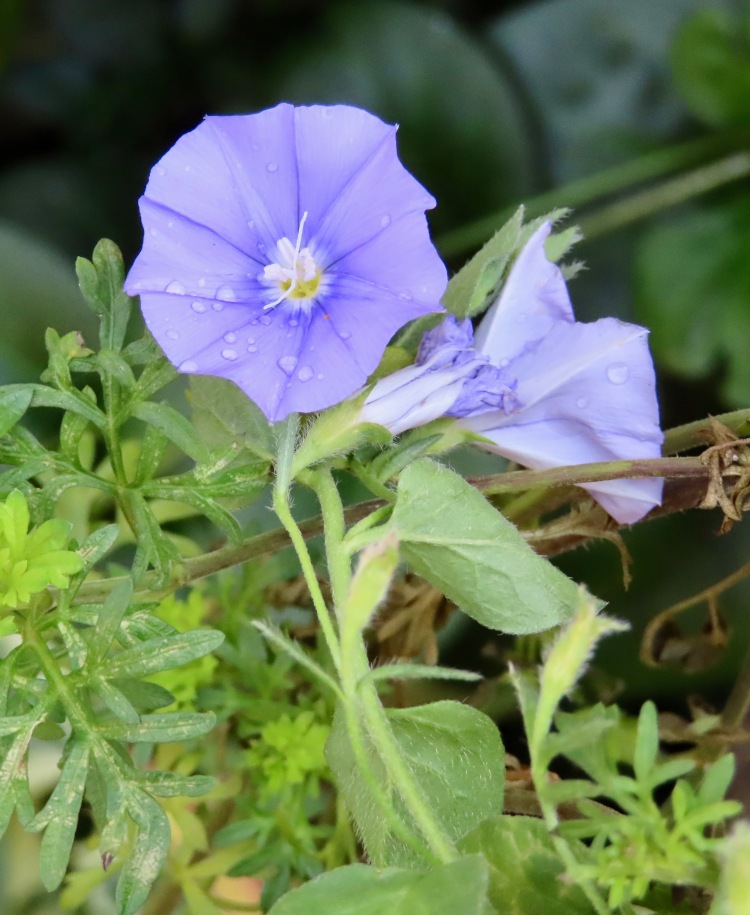 a wood pigeon basking on the warm gravel; and a further clump of chrysanthemums against hot lips. 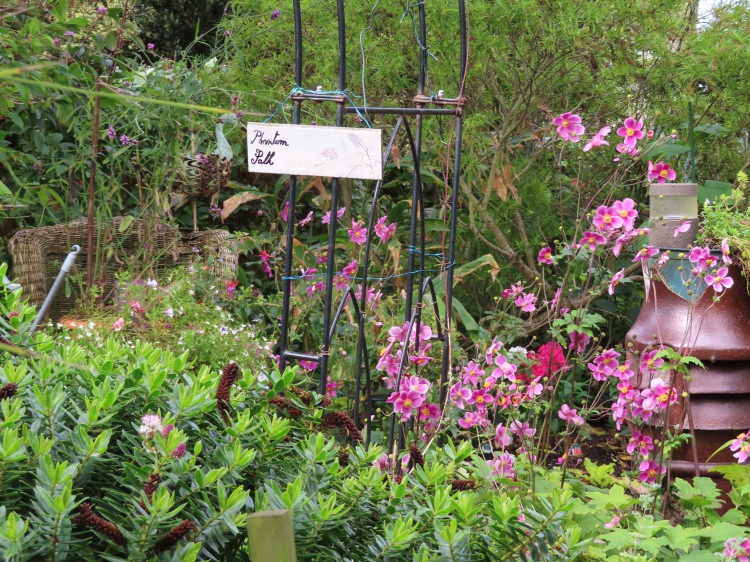 She photographed the garden as seen from the Heligan Path; 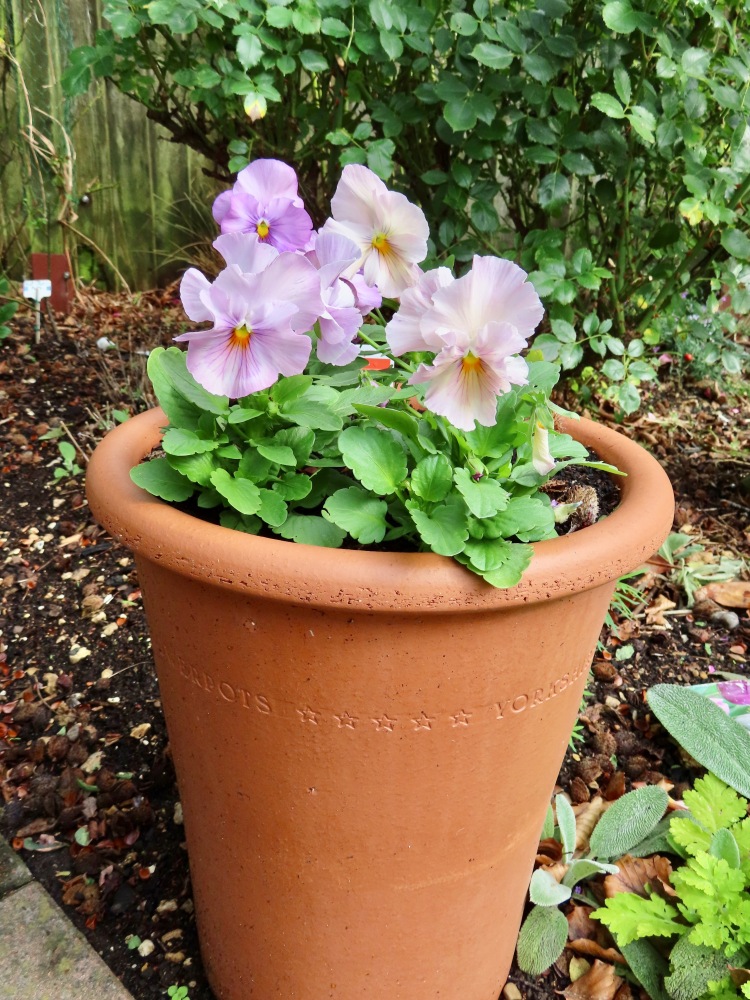 and one of two pots of pansies in the Rose Garden.

Not satisfied with the third teapot she has offered Nugget through her estate agency,

when she popped out for more plants at Otter Nurseries she bought a purpose built robin nesting box to increase his choice.

This evening we dined on Jackie’s minced beef topped with Lyonnaise potatoes, crunchy carrots and broccoli with which she drank Hoegaarden and I drank Doom Bar.