On this bright and chilly morning, Nugget was torn away from his perch on the lip of 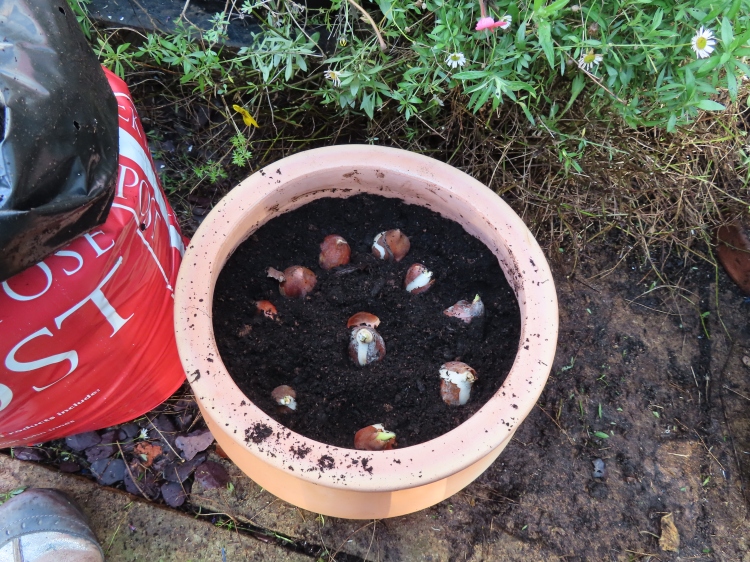 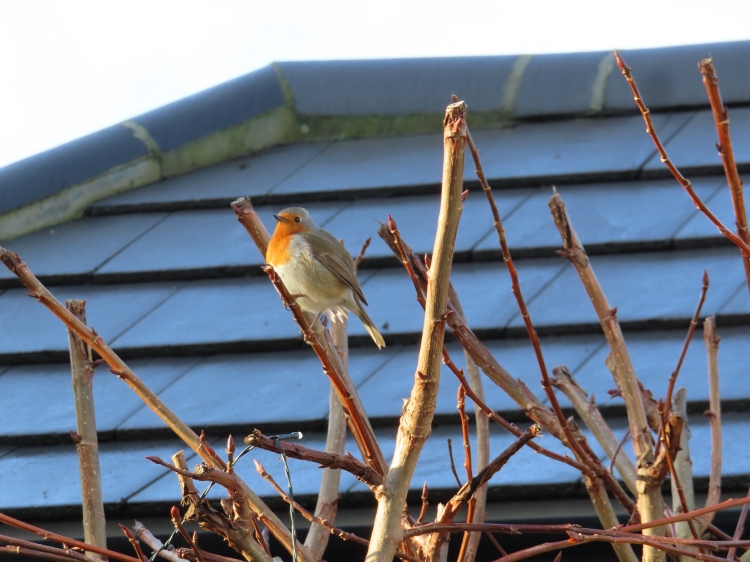 by Muggle’s war cries, which, proudly puffed up, he was required to reciprocate from a higher viewpoint. 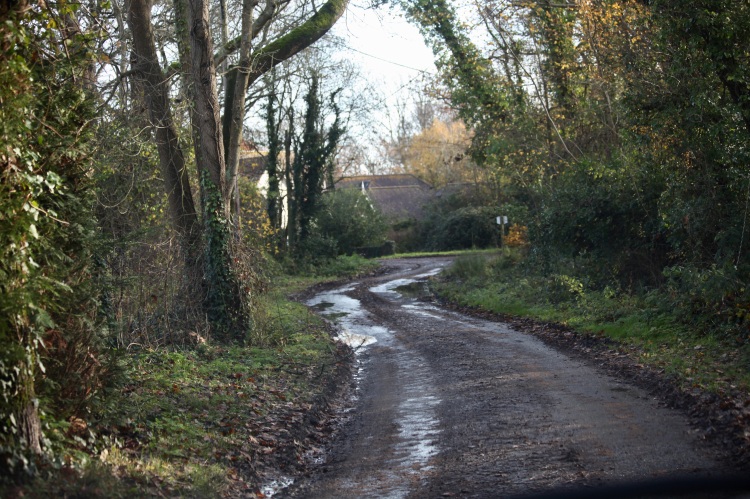 Later, we drove into the forest, taking School Lane out of Milford on Sea. 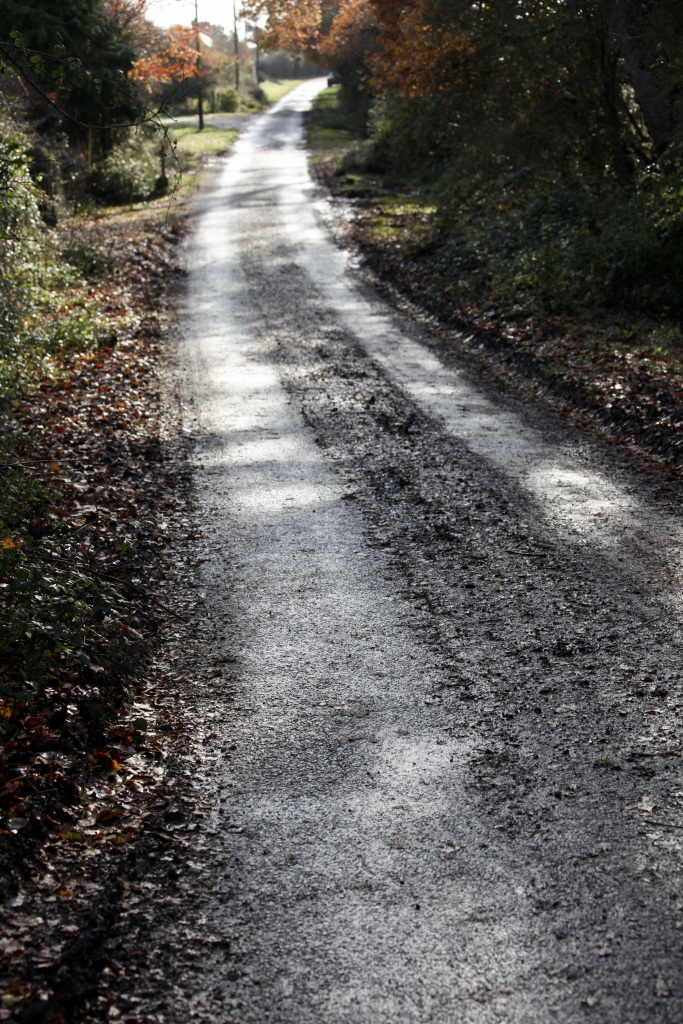 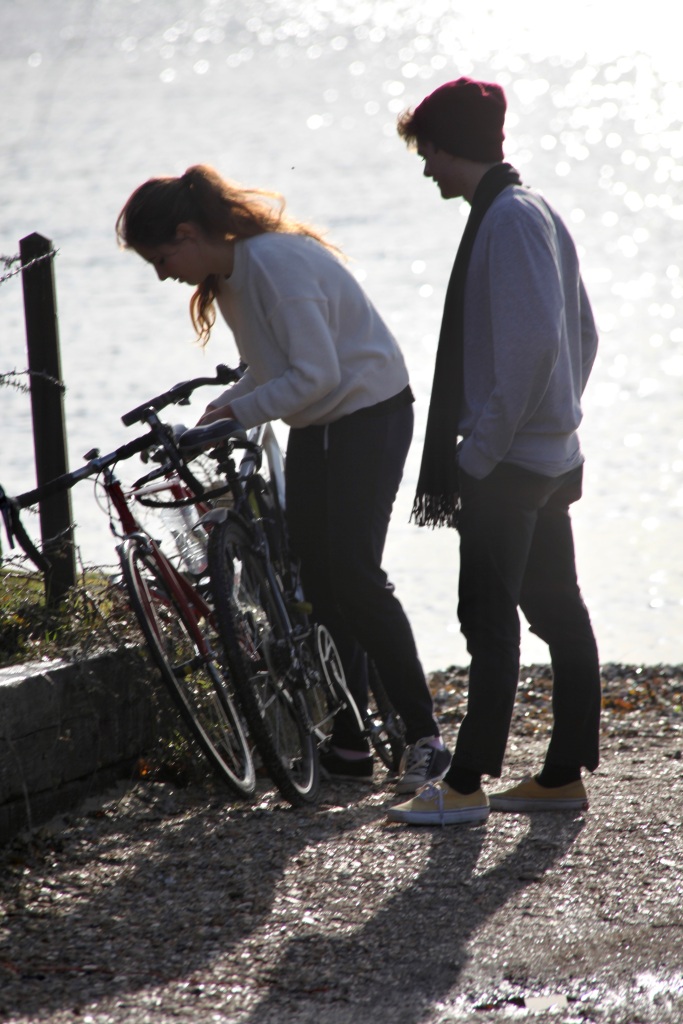 The first was with Ed and Alice who were enjoying “Alice’s last day” in Lymington before travelling up to London for an interview for a job in Marylebone which, of course, I knew very well. I wished her luck and gave them a blog card.

The second was with a painter working on number 7.

Jackie and I must have been watching the renovation work in progress for a good two years now. 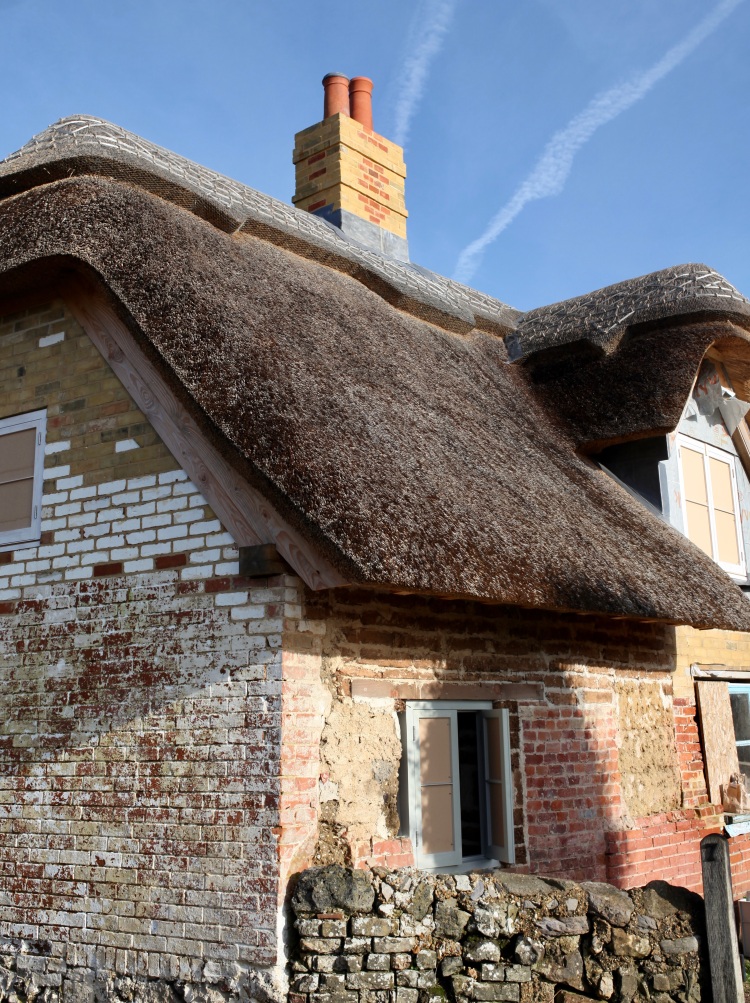 First there was the roofing of master thatcher A. D. Smith, with renovations by New Forest Oak Buildings

The painter confirmed my observation that the different materials in the walls are being matched and preserved.

Soon work will commence inside. Maybe I will have further opportunities to enter the historic building.

My informant told me that he had been delayed coming to work yesterday because the Beaulieu River had burst its banks. We therefore headed off in that direction.

Cattle basked on the moorland at East End

and grazed on the hillside above 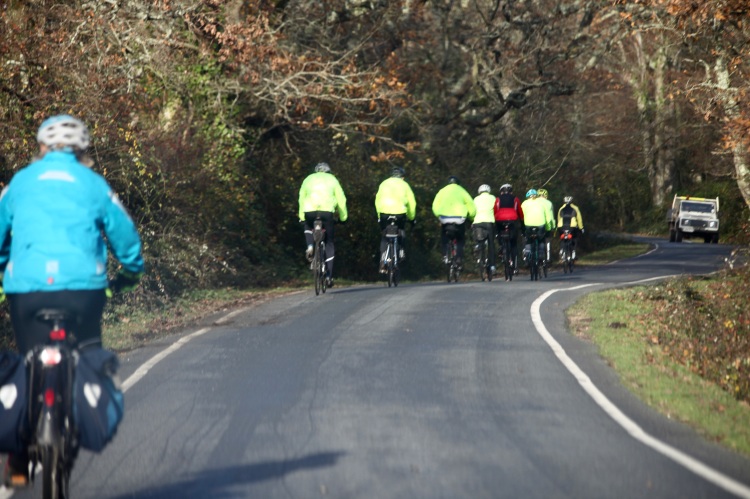 St Leonards Road, for much of the length of which we were required to track a string of veteran cyclists.

For variety in the game of “Where’s Nugget”, I can offer “Where’s the pheasant”, camouflaged in the verge side bracken. 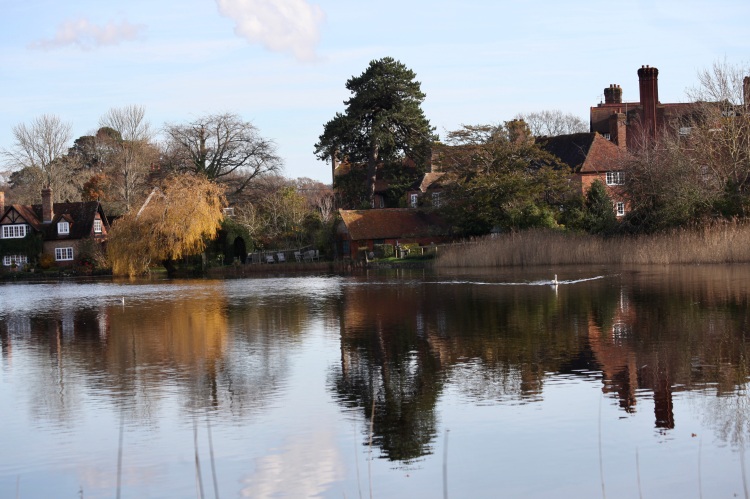 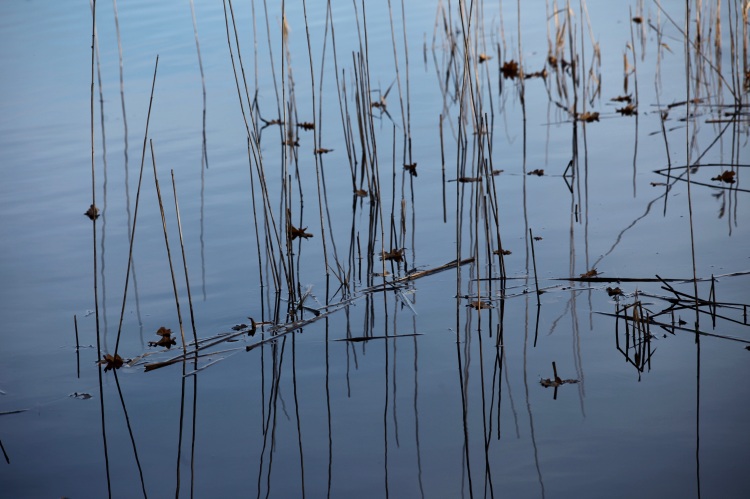 was certainly fuller than usual,

Rowing boats left on the soggy bank of the

now still river must have been put into service during the spate. 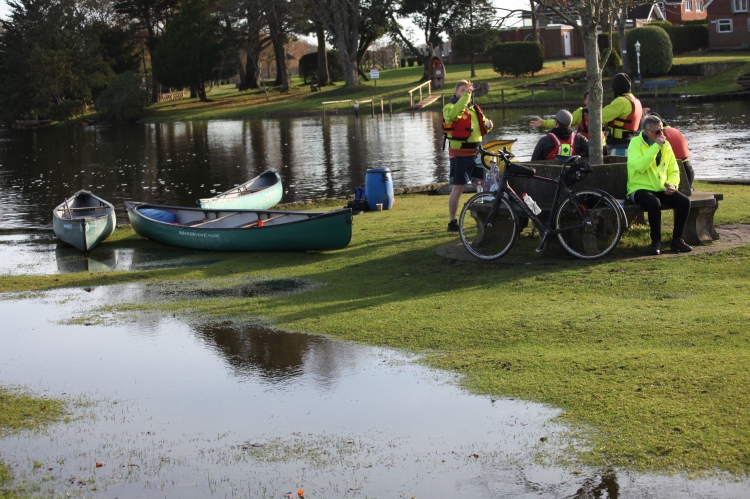 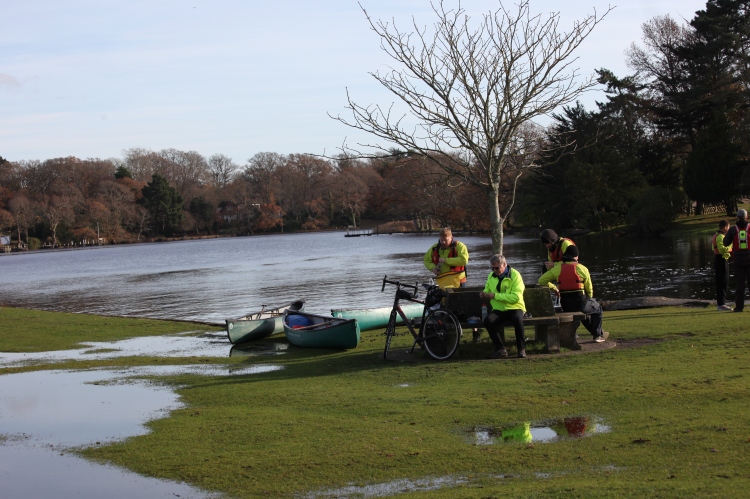 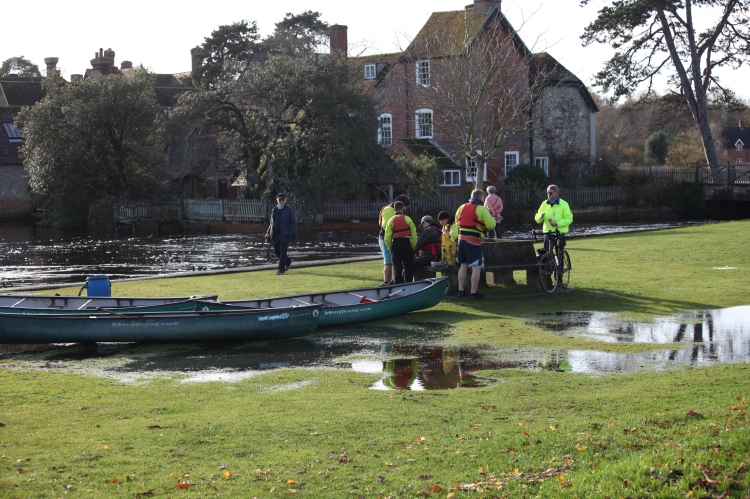 Today, another group of cyclists were able to gather round a wooden seat for relaxation, refreshment, and reflection.

I am not quite sure how this post has been published early, that is before we have dined on Mr. Pink’s Fish and chips, drunk Hoegaarden, and finished the Cabernet Franc.