Although somewhat warmer, our day was dank and drizzly with no sign of the sun.

After lunch Jackie drove us to Norleywood and back. 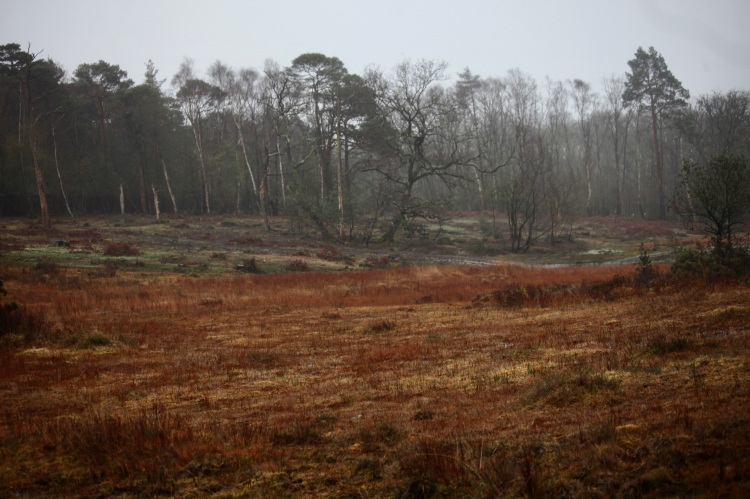 The Scots would term the landscape’s weather dreich. 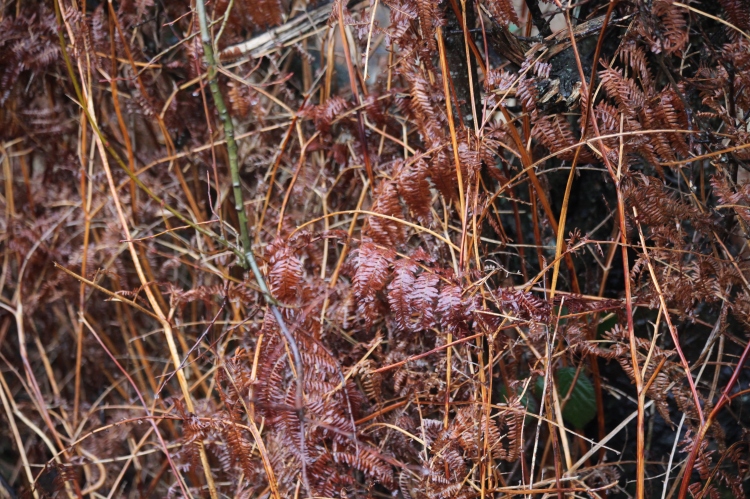 Gleaming wet bracken bounced back what light there was onto 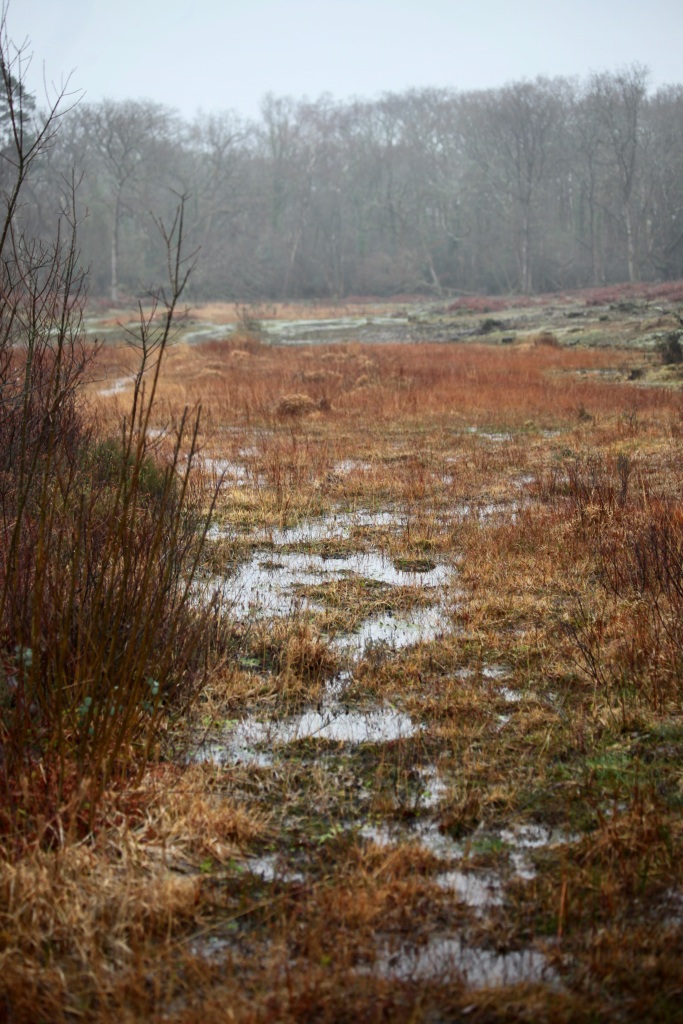 This mud-spattered pony certainly looked forlornly in need of a hot bath; 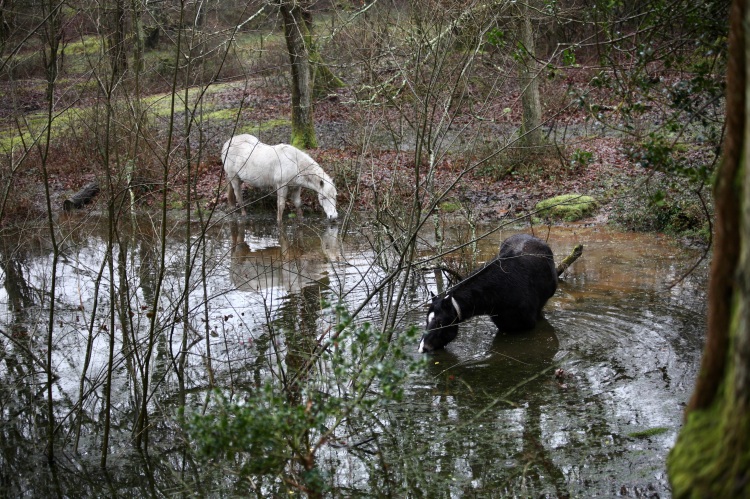 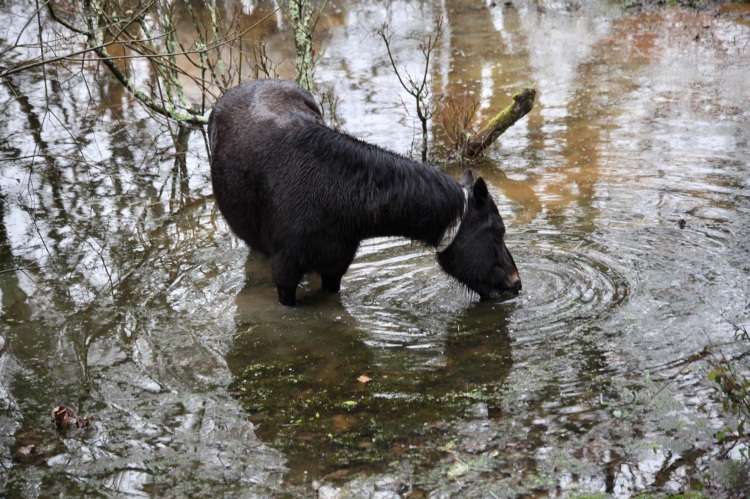 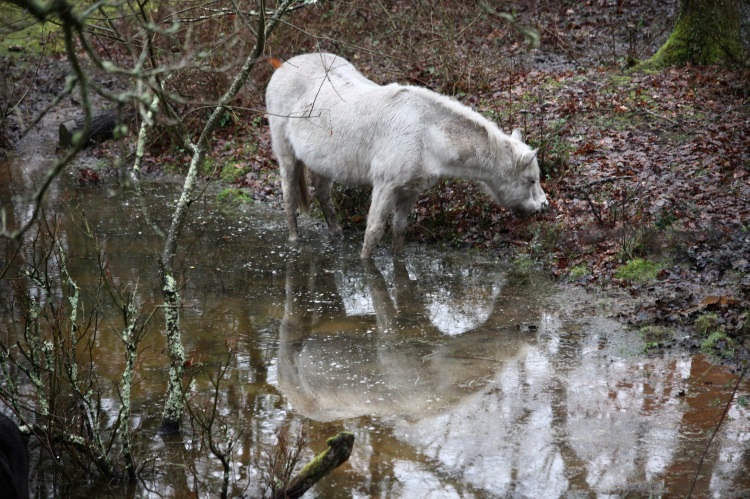 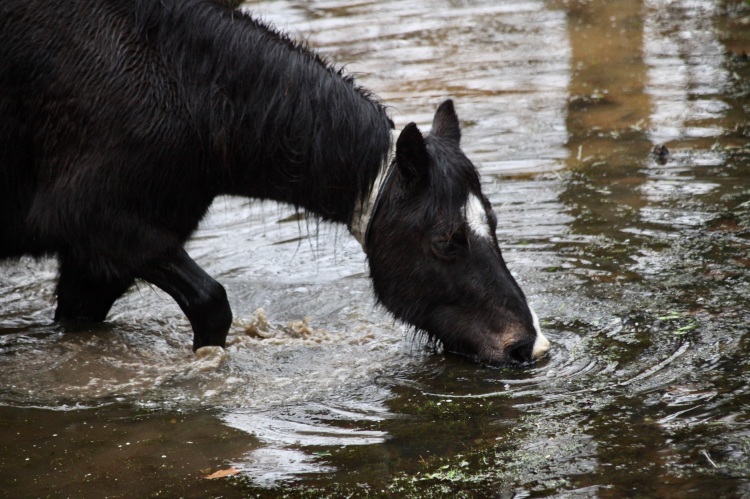 some of its companions sent ripples around their reflections as they took a cold one while drinking weed soup.

While I was drafting yesterday’s post we were very surprised to receive a call on our landline; even more surprising was that the voice at the other end was as clear as a bell.

Why was this surprising?

Well, for years we had such poor internet service from BT which I will not repeat here, that we closed the package account and kept the landline simply to retain our e-mail address. For some months now callers have reported a permanent engaged signal, and when we have tried to make a call we have been beset by crackling. Good crackling on roast pork is  welcome, but not this kind.

Jackie took this call from a BT engineer who wanted to check that he had fixed our problem. He was surprised to learn that we hadn’t reported the fault. This, incidentally, is because I was so fed up with previous responses that we thought we would make do with my mobile.

Upon investigation the engineer realised that he had corrected the wrong number – ours being one digit different from the right complainant. He came to the house and I spoke to him. Because he didn’t have a work order for ours he had to undo the repair. He did however confirm that ours was faulty at the box.

He gave me a number with which to contact the right section of the supplier to book another engineer. I did that.

The bonus was that, from a partial address the engineer had given us, I was able to investigate the possible other customer on our way back from Norleywood. I couldn’t find  the right address, but did meet a delightful woman and her son with whom I had a very pleasant conversation.

This evening we dined on Jackie’s splendid liver and bacon casserole; creamy mashed potato; firm Brussels sprouts; and varicoloured carrots, with which she drank Hoegaarden and I finished the Pinotage.